“I’m on a mountain on an island with no cars in Greece,” offers Galen Ayers. The singer-songwriter phones to discuss her new single, “You Choose” and upcoming album, Monument, as well as a variety of other topics, including her late father, Kevin Ayers. A founding member of Soft Machine, his body of solo work, including Joy of a Toy, Whatevershebringswesing, and Bananamour, remains essential listening for any proper Anglophile and progressive rock fanatic.

His 2013 death sent its ripples through the musical community of the world and though fans and critics were given the opportunity to pore over the singer’s output and speak fondly of his singular creative mind, his daughter’s experience was markedly different. She had known the man her whole life and was now charged with a variety of tasks that bereavement brings. Not only did she have to grieve but she had to put in order a variety of personal and business concerns unique to musical acts of the era in which Soft Machine and others emerged.

She is unflinching in the details, as she speaks from the island of Hydra but is never less than kind. If there is weight behind the experiences, it does not interfere with her ability to speak with clarity and an uncommon friendliness.

“You Choose”, the new single/video from Monument spotlights the unadulterated beauty of Ayers’ voice over a simple, instantly memorable guitar pattern. At times reminiscent of the darker, ruminative material in John Martyn’s output, it provides a perfect introduction to the LP, a collection of poignant and powerful meditations that speak to the circuitous nature of the soul.

She points out that she chose the song as the first single because it represents her own life journey, one that has involved undertaking religious studies and diving into ethnomusicology, recording music with former members of Talking Heads, forming the project Siskin, and traveling to a variety of locales. The accompanying video was shot in New York City and was directed by Ayers’ husband, Stephen J. Hopkins. (Lost in Space (’98), Predator 2, Blown Away) with assistance from friend Jason Goodman. She jokes that by the end of the shoot, which lasted only a few hours, “the room smelt of rock and roll”.

Monument, produced by Paul Simms, is out July 27 and may be ordered here.

Ayers will perform on July 24 in New York City.

You stepped into performance somewhat reluctantly.

For sure. I’m a natural introvert. I’m a bookworm.

So what was the turning point that led you to this record?

Well, the turning point is always when you get bored of listening to your old crap and you say, “I need to hear a different story. I need to hear different things.” So, I’ve had many turning points. The catalyst for these songs was my father passing away so suddenly in 2013. I hadn’t been performing in some time because of my state of mind. I’d become much more involved in using music in other ways.

I realized that all charities needed a performance and a way to gather and raise money. So, I became a conduit and convinced my amazing, talented friends to sing for free for good causes. I was happy doing that but, of course, deep down you always miss doing what you love and what I love is songwriting, primarily, and singing them.

When Dad passed away none of the coping mechanisms that I trusted before, all the self-help books, all the rationale, whatever, all went out the window. The only thing that got me going again was a guitar my dad had given me. It’s a J200 Gibson.

One day, when I was 21, my dad was playing it. He put it back in the hard case, then kicked it (gently, obviously) across the room and said, “Take over, kid!” This was a guitar that had been given to him by Jimi Hendrix in 1966. Kevin was on tour with Hendrix in the U.S. with Soft Machine. Like me, he’d found things too overwhelming and started to say that he was never going to write again. Jimi didn’t like that idea and so he gave my dad the guitar with the promise that he’d go off and do a solo album. That’s what Joy of a Toy came out of.

That guitar means a lot. It’s ridiculously huge. I can’t play it on stage but it’s great for songwriting because the highs and lows on it are incredible. They’re both as rich as each other, which is really rare in most guitars. They kind of write songs for you, that’s how I felt.

There’s a thing about having someone else’s guitar. You can see the cracks and places where the neck’s worn in certain ways. It’s like getting to know the previous owner as you play.

It got a bit creepy at first. I was alone with it here. I’d wake up and it was there. It’s a very famous guitar for people who care about the legacy between them all. There’s so many cracks and there’s so many worn-out bits. All the stories but all the memories of Dad singing to me. The sound. Every guitar has a particular sound and this one really does have its own. Sound can bring you back when nothing else can. Smell can too. It was therapeutic and kept me going when I didn’t know what I was going and it forced me to push my songwriting.

The difference between this work and the last record that I did with a band was that I really allowed myself to stay emotional. Even though I’m a well-educated woman and I really love wordplay and I’m really into philosophy, I really believed that in order for the work to be authentic I had to stick to not using clever puns and stuff like that because then you become too much in your head and I really wanted to express the heart. And that is a great guitar to do that with. 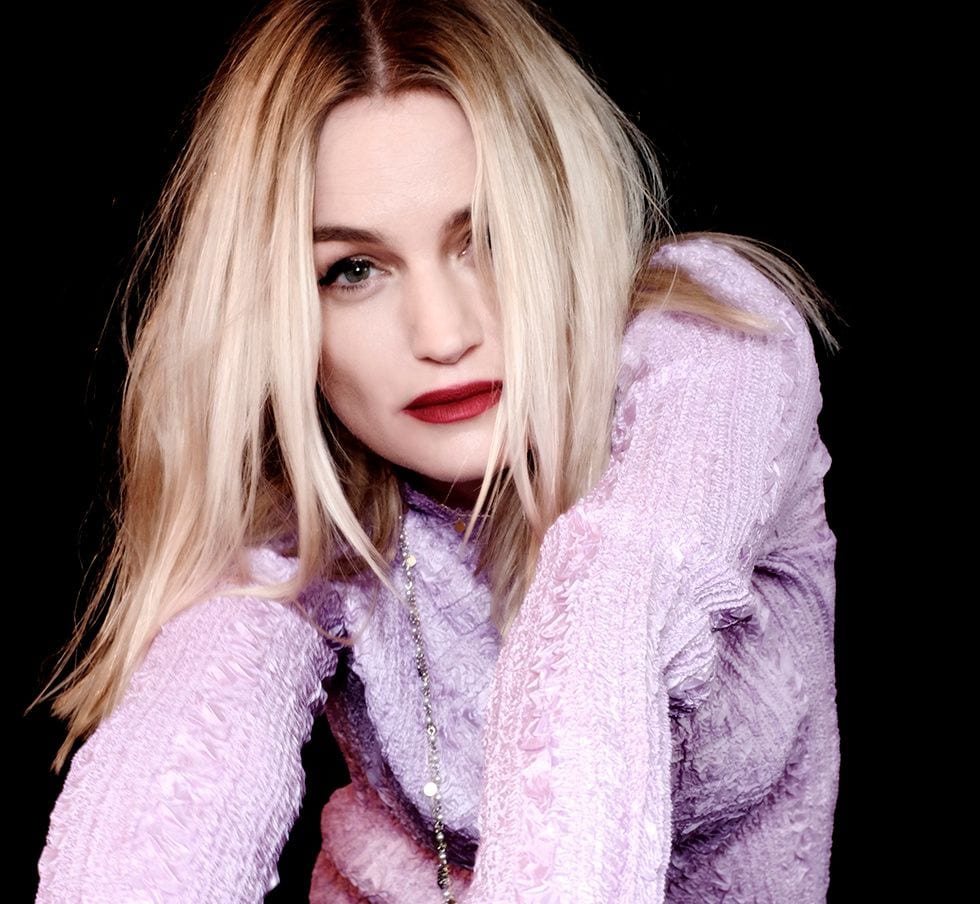 When you started writing songs did you have a moment where you thought, “Gosh, that’s my dad coming through me”? Do you fight it? Accept it?

It really depends on the day and the relationship with my dad which I still have. I have friends whose parents are accomplished musicians who have been really supportive of their kids, sat down with them, all that. My dad was not that kind of guy at all. He came to England around the time he was 16. He’d been living in Malaysia and went to live with his dad who was a confirmed bachelor.

His father started things like The Old Grey Whistle Test, so when I meet people like Jools Holland, they’re always reverential towards my grandad because he was the person who put work into Top of the Pops and stuff like that. He broke people like the Beatles, John Martyn. But my dad didn’t really have any support so he was a believer in me figuring it out myself. He did give me some opportunities on tour with him. Most of the time I was too shy to really shine in those opportunities.

I’ve had really good validation recently because I’ve been working Bridget St. John, who was one of the only female singer’s on John Peel’s Dandelion label. She was a muse for Nick Drake, John Martyn, and she sang on a lot of my dad’s records. She’s on “The Oyster and the Flying Fish” and all the old ’70s songs. She’s so beautiful. She paid for her own ticket to come to Spain for my dad’s funeral. She sung when we spread his ashes, so did John Altman. She’s become like a mother figure to me now.

We’ve reimained some of my dad’s songs. In fact, we have a gig coming up in July in Brooklyn. That all makes me feel good.

As this record comes out into the world and starts finding its way to people ….

It sounds like that’s a prospect fraught with some anxiety for you.

No kidding. How did you guess that? [Laughs.]

But it all is, isn’t it? It is because it means something to me. However, I made this really smart decision. I don’t know where I got it from but at the beginning of the recording process I told myself that I wouldn’t attach myself to the outcome. That I would enjoy each musician that this record brought to me, each recording session, each learning, each time I traveled.

I was involved in the mixing which was new for me. I was involved in everything. And so whatever happens I’m so grateful and happy and psyched that I finished it, that I followed it through. I’m eternally grateful to everyone who pushed me along when I was freaking out about those things.

You mentioned earlier that this was a long-term process. Were there moments where you thought you weren’t going to finish the record? What carried you through?

What carried me through was that it was more painful not to. It’s like when you’re pregnant: It’s in there, you’ve got to give birth at some point. You have to remember that when I started I was in deep mourning. My father was my best friend. I had to deal with all the grief plus I took care of my father’s estate. You can imagine what a ’70s semi-broke rock star dad’s estate looks like. It was three years of my life just cleaning it up.

I was doing all the paperwork, cleaning up all his songs. When he died I had so many sharks around me claiming things. I had a woman pulling my hair, trying to get my DNA, I guess. I had love babies, I had all sorts coming at me.

So what kept me going? I kind of dig the songs. Is that terrible of me to say? They’re expressions of what I went through. I wanted to honor them. “You Choose” reminds me that opinions are just based on other peoples’ experiences. If you live your life based on someone else’s opinion you’re going to be so unhappy because not only will you not have lived your life, by the time you finish whatever it is that you’re doing, that person has probably changed their mind.

I won’t pretend that it was easy being my father’s daughter. When I was a child it was fantastic because he was a very magical child himself. But as I became an adult it became fraught with all his pain. The music industry impacted him badly. In the past five years I’ve reframed that and I like to focus on what he did leave me with which is a really deep understanding of philosophy.

I was brought up in hippie communes, I saw Robert Wyatt and Caravan and Tangerine Dream every day. They were all vegetarian, activists, environmentalists, huge readers, really good at maths. I was surrounded by all this fantastic ideation. People send me emails all the time about my dad and the one thing that’s common is calling him a philosopher, which he would have found hilarious. I’m really grateful that experience of having grown up like that and I really wanted to highlight that.

So, putting all your anxieties about this record aside, do you hope that it will be a source of comfort to people?

I really think that we need the same things like to be happy and to be loved and to be able to be loved back. I know I’ve come from that place. I would suspect that a lot of people will relate to it because I’m very much like everybody else. I know that I haven’t made any of it up. Some of the songs just came straight through me. My best intention would be to have made a record that starts conversations and connections between me and other people. 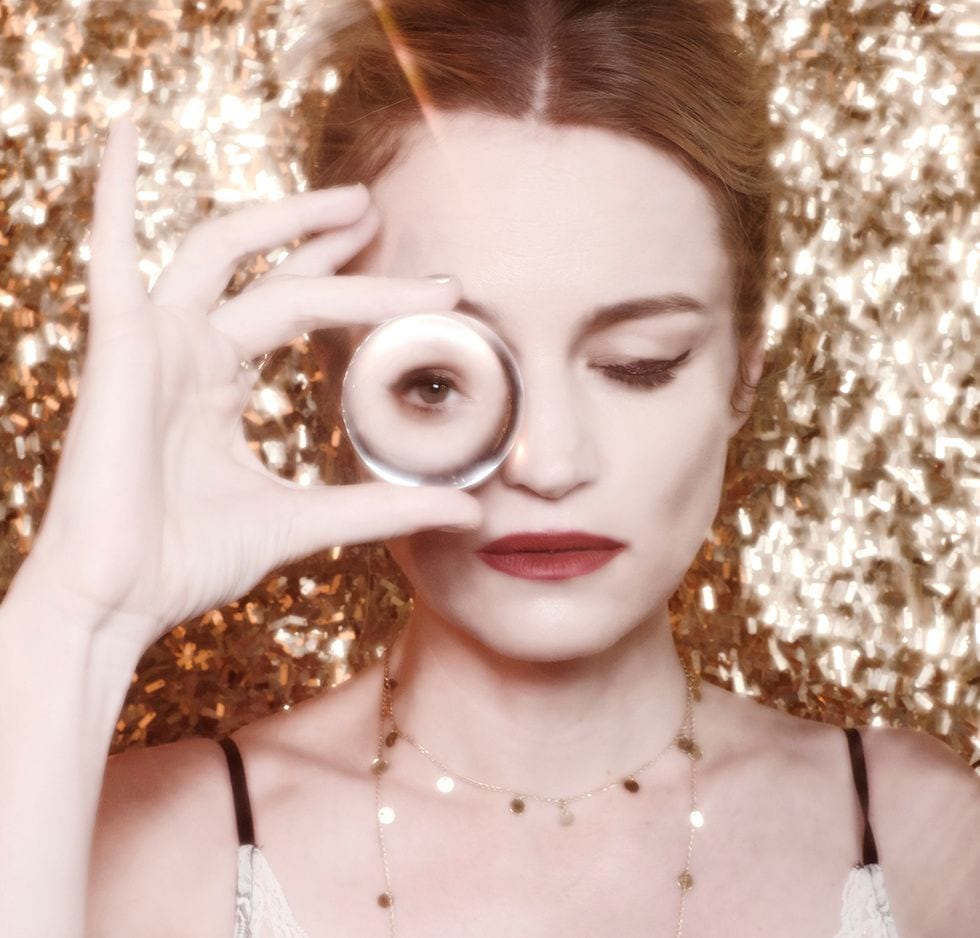