Lauren Greenfield‘s Generation Wealth wants to be a searing odyssey into the self-destructive behavior of the Post-90s “new rich”: a wealth for wealth’s sake class that continues to amass obscene amounts of money from its gross exploitation of America’s obsession with social class and the often sexually charged visual stimuli that accompanies it. To accomplish this ambitious task, Greenfield — a highly acclaimed photojournalist and documentary filmmaker— has revisited several of her rich and/or reckless subjects from her 25 year career. The result is a searing, dizzying, but ultimately uneven vision of wealth fixation.

Greenfield provides a kaleidoscopic sampling of mini-biographical accounts from more than a dozen individuals, as well as broader coverage of countries under the thralls of global corporatization. In so doing, she sacrifices critical nuance or detail of any single subject (for this, refer to her 2012 hit The Queen of Versailles, an intimate portrayal of the multi-billionaire Siegel family’s fall from grace). Greenfield’s omission is clearly intentional, as her goal is to discomfort and overwhelm through a breathless visual assault of garish imagery.

Indeed, flamboyance and bombast proves to be the film’s most common thread, which serves as an upsetting indictment of the American Way. One moment, the focus is on Suzanne — a 40-year-old hedge fund manager and workaholic with a Wall Street “rock star” image — who spends stratospheric amounts of money on bombastic clothes and contemporary art. Shortly after, the film follows mega-socialite Tiffany Masters, a Las Vegas uber-hostess who tirelessly spends all hours in limousines and deafening dance clubs, entertaining her nightlife indulgent clientele. The spectrum expands, with the stupendously flashy Limo Bob, a luxury transportation entrepreneur who adorns 33 pounds of gold jewelry, and boasts a 100-foot limousine of his own. 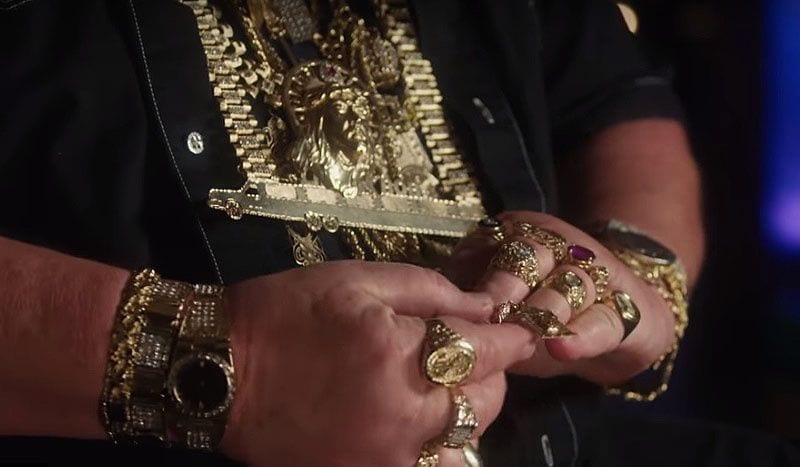 For each subject, Greenfield’s camera is remarkably effective at juxtaposing their lavishness with several close-ups of their exhausted faces, strained and stressed. Indeed, if Greenfield stayed true to this style for what would have been a breathtaking 90 minutes, Generation Wealth would have served as a pointed indictment on American iconography. But problematically, Greenfield keeps bloating her interview field to the point where her thematic thread becomes exceedingly thin.

Interviews with former adult star Kasey Jordan, accompanied by disturbingly graphic imagery and her resulting trauma, warrant a deeper psychological examination into her decisions and to the adult entertainment industry. However, the film’s insistence on quickly shifting between Jordan and other socialites, many of whom wind up happily married or are still remarkably well off, creates an unwanted sampling effect. Such breadth of source material may work in a photo collection where one can choose to spend several minutes with each picture. However, this method doesn’t translate well to a documentary where focused consideration of those truly hurt by excess is necessary to have a lasting emotional impact. 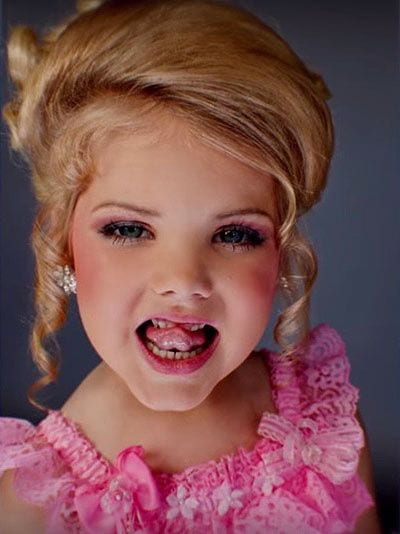 Similarly, Greenfield’s treatment of extreme wealth gaps on a broader scale is cursory, relegated to a single academic powerhouse — radical progressive author and journalist Chris Hedges — who theorizes about how worldwide obsession with excessive wealth parallels the behavior of the Roman Empire prior to its precipitous downfall. Hedges’ position is complemented by images of handbag parties in China, lavish libraries in Russia exclusively for display, and aerial photos of palatial properties decorated with an embarrassment of frivolities. Later on, in a post 2008 economic crash montage matched with a booming dystopian score, a rash of imagery of foreclosed mansions hammer Hedges’ theory home.

This obvious juxtaposition plays like a quick infomercial, as opposed to a more careful socioeconomic or psychological investigation into how the excesses of a few can affect various population demographics. Greenfield could have carved out the time for this analysis, but she instead dedicates nearly a quarter of Generation Wealth to her own family narrative. The result is self-promotional and congratulatory, as opposed to self-effacing. 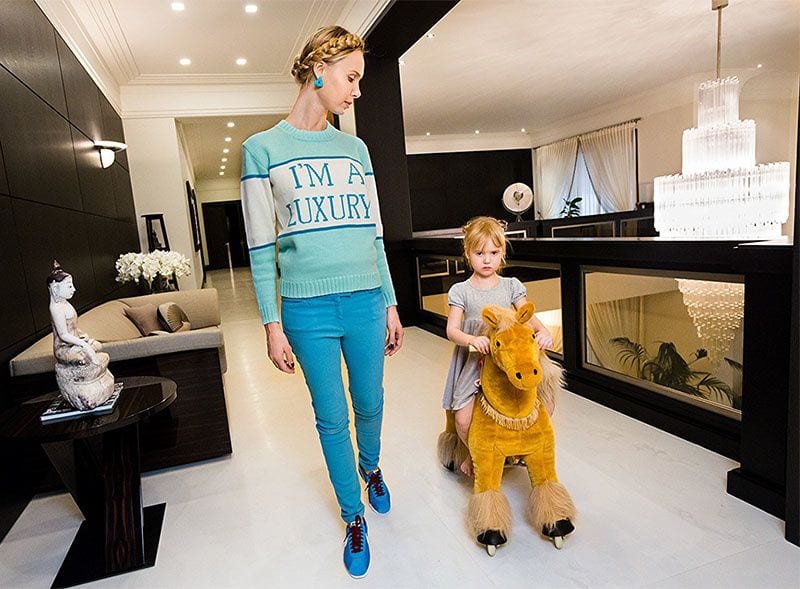 From the looks of it, Greenfield’s two sons — Noah and Gabriel — could have used more time with their jet-setting, workaholic mother. But as presented in the film, they live in a well-furnished home with an ultimately loving family, and have grown to be two wonderful kids. Noah, a whip smart and socially consciousness high school senior with a perfect ACT score to boot, has earned a ticket to an elite university. Gabriel, his younger brother, shows immense talent as a writer, and appears well on his way to enjoying a successful young-adulthood. Their mother is a world renowned artist who, by the end of the film, will have opened a major photo exhibition.

All to say, Laura’s treatment of her own family, imperfect maybe but seemingly just fine, continuously muddles the film’s ostensible objective to veer into the darker and destructive annals of wealth obsession. It also begs the question as to whether Greenfield carefully took the time to focus on who her audience is.

If indeed Greenfield’s goal is to establish a cautionary tale for those cannot afford to indulge in pop cultural obsessions, she would have been better served more closely following Cathy Grant, a working class bus driver who gets so addicted to extensive plastic surgery, that she swamps herself in crippling credit debt. Here, Greenfield’s fly on the wall approach is deeply unsettling, portraying in several long takes both Cathy’s surgery and post-surgical scars. The pace here is not merely informational, but emotionally immersive. So for that matter are the years which follow Cathy’s surgery, which effectively convey a harsher side of reality TV’s carnival of riches.

But even Cathy represents a certain degree of extremism which does not touch a nerve with how “generation wealth” effects everyday people, who live outside of Los Angeles, have full-time jobs, loans to pay, kids to support. For most, the greater concern about “excess” is spending $100 on a much needed night out, let alone $10k on plastic surgery. The more pressing question is still what kind of a country do we live in that it prioritizes spending inordinate sums of money for vanity, instead of food, fair housing, or greater educational opportunity for lower-income kids. Much of the extremely wealthy and their acolytes don’t claim responsibility to these questions. But a truly probative documentary on wealth should do just that. Generation Wealth will appall, but it is unlikely to enlighten.