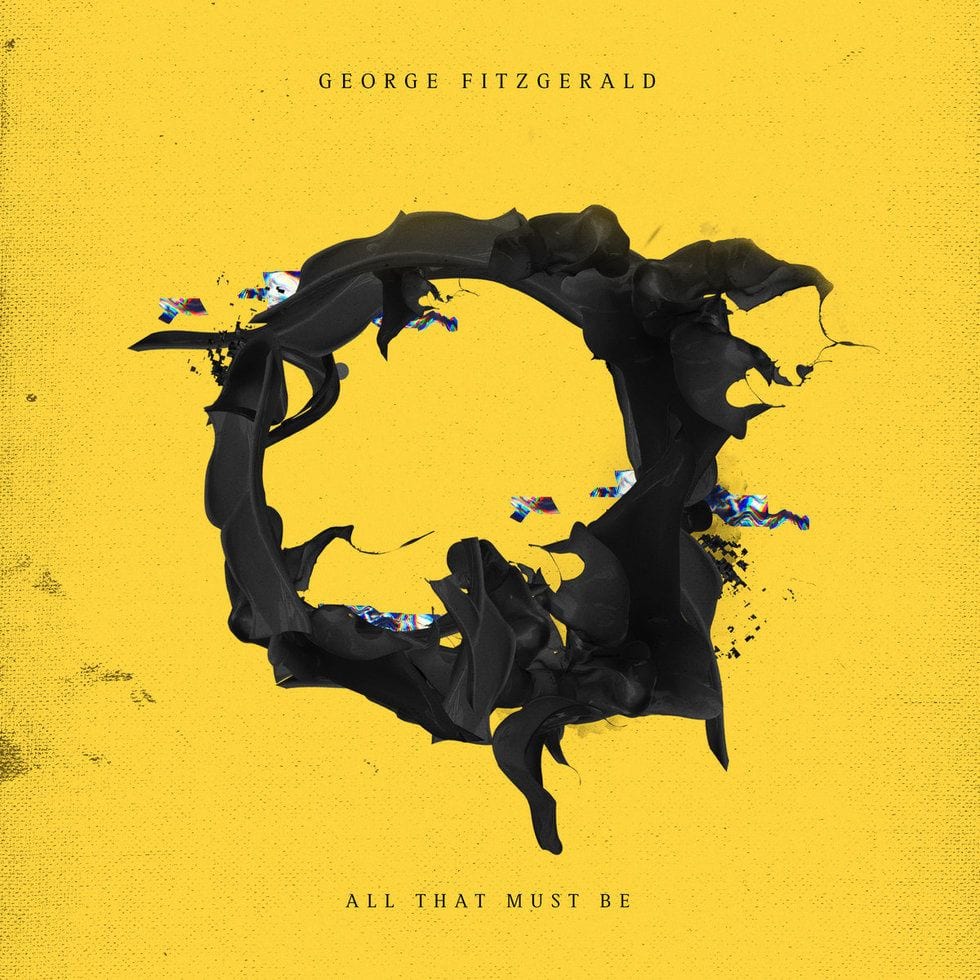 George FitzGerald’s stunning 2018 album All That Must Be has topped our list of the 25 Best Electronic Albums of 2018, and to celebrate FitzGerald has shared his thoughts with us about each track on the record. All That Must Be is a fully formed universe with its sepia-tinged melancholy and warm electronics. It draws you deeply into its world and must be listened to from front to back for the full effect. There’s not an ounce of fat on the record; every note of every song belongs, and the record almost plays like a long-form symphonic project with ten movements. Sure, “Roll Back” is one of the finest singles of the year, but it’s part of a larger creative work that holds together as a beautiful whole.

In writing about the record, Paul Carr said, “in essence All That Must Be is about acceptance. Acceptance that life can be confusing and unpredictable. That the tangible and familiar can quickly be disrupted by seismic life changes. On his follow up to his debut Fading Love, FitzGerald gradually comes to terms with life’s uncertainties, on an often explicitly personal album that strikes the perfect balance between poignancy and escape. All That Must Be is his most cohesive work yet, retaining an organic and human feeling on with songs that are shot through with more realized pop melodies.”

In his own words, let FitzGerald guide you through the best work of his career and the best electronic album of 2018.

The track opens with a field recording from one of the main intersections near my flat. That and the name are both little nods to a book I was reading at the time by Huraki Murakami.

This is actually the first piece of music I wrote for the record. It’s named after my first child. Soon after she was born, I went to the studio and wrote this. The main synth line is meant to sound like a child walking around unsteadily, if that makes any sense at all.

The vocal hook of this track started as a small interlude. Something repetitive, almost meditative, that would just loop for a minute or so. It just kept growing and growing into something more grand. The final touch was the sample taken from a Little Cub track. I was in the studio with Duncan from the band and he had the stems from their album. I picked something out and it worked immediately.

The vocal hook of this track started as a small interlude. Something repetitive, almost meditative, that would just loop for a minute or so. It just kept growing and growing into something more grand. The final touch was the sample taken from a Little Cub track. I was in the studio with Duncan from the band and he had the stems from their album. I picked something out and it worked immediately.

I’ve always wanted to make a low-slung, acid chugger like this. This track started with me sequencing loads of different synths together, hitting record on all of them and then jamming it out. The final form is loads of edits sewn together from one enormous take.

This track lived on my hard drive for months as a demo. I really couldn’t finish it until I asked my friend, Hudson Scott, to come to the studio and ad-lib some vocals. We cut up the takes and made a hook out of them and it all fell into place.

Si (Bonobo) has been a good friend and co-conspirator of mine for a while now. “Outgrown” was just a product of us messing around in the studio exchanging ideas. It started life at my place in a gloomy and rain-soaked New Cross. The drums survived from those days but we rewrote the synths when I was at his studio in LA during a tour.

Tracey Thorn was the voice of so many of my favourite electronic records over the years. We actually made two versions of this track, a ‘Day’ and a ‘Night’ mix. I felt the Night version sat better on the album, so included the ‘Day’ version on the remix compilation. I’m incredibly proud of both and very happy I got to work with such an amazing artist.

This nearly didn’t make the album as I felt it might be too ravey. I’m so glad I acquiesced to the idea though, as the track now often forms the highpoint of my live and DJ sets. It’s the only real, straight-forward ‘club’ moment of the album.

The track opens with a field recording of the train platform opposite my studio. I recorded all of it the day of the result of the Brexit vote in the UK. I don’t like to politicise my music, but, in a private sense, that vote was a hugely dejecting moment for me having lived for most of my 20s in continental Europe, and only just returned to London. It sounds cheesy but I wanted to write something hopeful despite the negativity I was feeling.