gg is a master of the graphic short story. Stop by her website and you’ll see most of her works fall under 50 pages. (The 2017 graphic novel, I’m Not Here, is the happy exception.) They also all feature a young, Asian-looking protagonist whom I find hard not to identify with gg herself. But who knows? The enigmatically brief bio included on the back flap of I’m Not Here, “gg lives and works in a small prairie city in Canada”, is replaced by a blank space in her forthcoming Constantly.

Because I assume the author has never been held prisoner in a desert asylum or worked a corporate job in a dystopian future or battled a monster made from her cut-off hair, I think of her as a graphic novelist rather than a graphic memoirist. Still, her portrayal of a second-generation immigrant struggling to simultaneously love and escape her dysfunctional parents gave
I’m Not Here a thoroughly realistic grounding—even though the mother’s arm seems to be held on by tape, and it’s never clear if the protagonist dreamed she stole another woman’s life or if she somehow became her own doppelganger.

Constantly could continue that story, with gg’s avatar suffering the isolation of the same but now prison-like apartment. She literally can’t get out. All of the story’s 48 pages take place in the stark interiors of her new home and the even starker interior of her depression. Where I’m Not Here found its force in ambiguity and the maybe-fantastical, Constantly is comparatively straightforward in its portrayal of the protagonist’s sometimes literal battle with her own psyche. That struggle is made physical with the visual metaphor of black, half-translucent hands spinning her in her sleep, tugging her to the floor, shoving her from a doorway.

Those dark forearms could belong to the hair monster gg’s earlier protagonist fought to the death in her 2015 self-published
A Mysterious Process. Though the battle apparently continues, much has changed in those four years. gg’s style has evolved into an ever-sharper array of texture-less shapes that somehow evoke photographic realism despite teetering toward total abstraction. It took me several blinks to decode the close-up jumble of upside-down limbs on the cover, an image that extends into the opening pages as the protagonist floats in the half-dark of dreams before tumbling awake on her mattress. 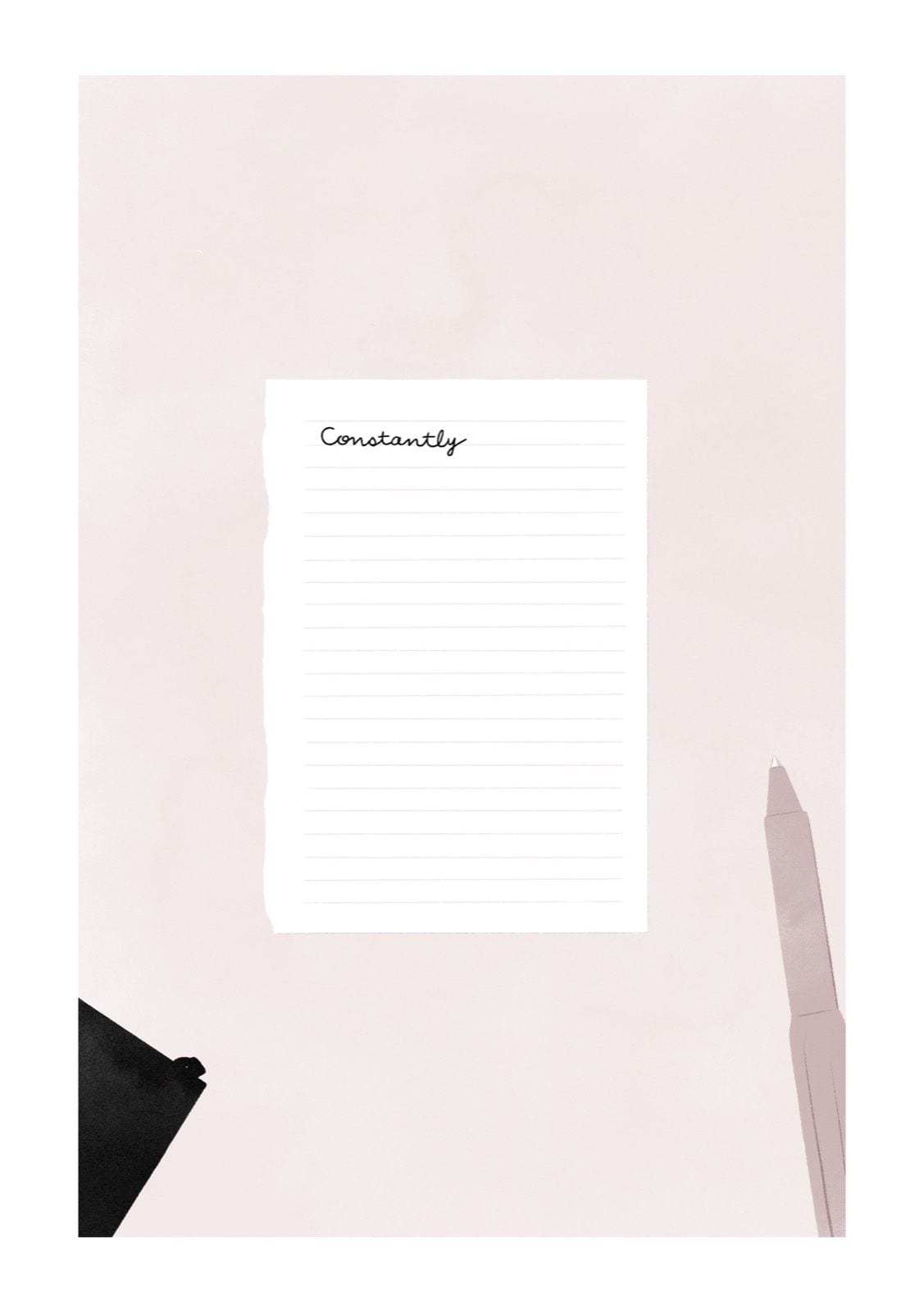 As in her protagonist’s world, gg’s palette is strikingly limited: we see dusty gradations of a sometimes almost imperceptible pink and an equally thin gray that at times thickens to purplish black. The white at the gutter edge often penetrates panels to dominate images. Each page is a balance of shape and color, holding the eye long past the point of narrative necessity.

Indeed, gg’s style is further evidence that the comics form is not foremost literature but visual art, requiring readers to become viewers willing to pause and flip backward and pause again. Readers should concern themselves less with the grammar of visual storytelling and more with the haunting connotations of gg’s images.

Layouts vary between full-page panels and sets of three equally divided full-widths. That visual rhythm creates a kind of narrative logic too, with each three-step process (trying to stand up from a yoga mat, trying to make food in a blender, trying to turn the doorknob to leave) followed by the failed and enlarged consequence (her collapsed body, a puddle across floor tiles, her slumped head before the still-closed door). Most appear as self-enclosed two-page spreads, creating tiny micro-plots floating within the large arc of the novella.

Unlike most of gg’s other works, Constantly is silent, further emphasizing the protagonist’s isolation. There’s literally no other person in her world to talk to. The novella isn’t wordless though. gg spaces a memo pad list throughout the pages, each new entry continuing the repeated phrase “I don’t want …” Things she doesn’t want include: to eat, sleep, live, die, laugh, cry, leave, be forgotten, be different, be normal. 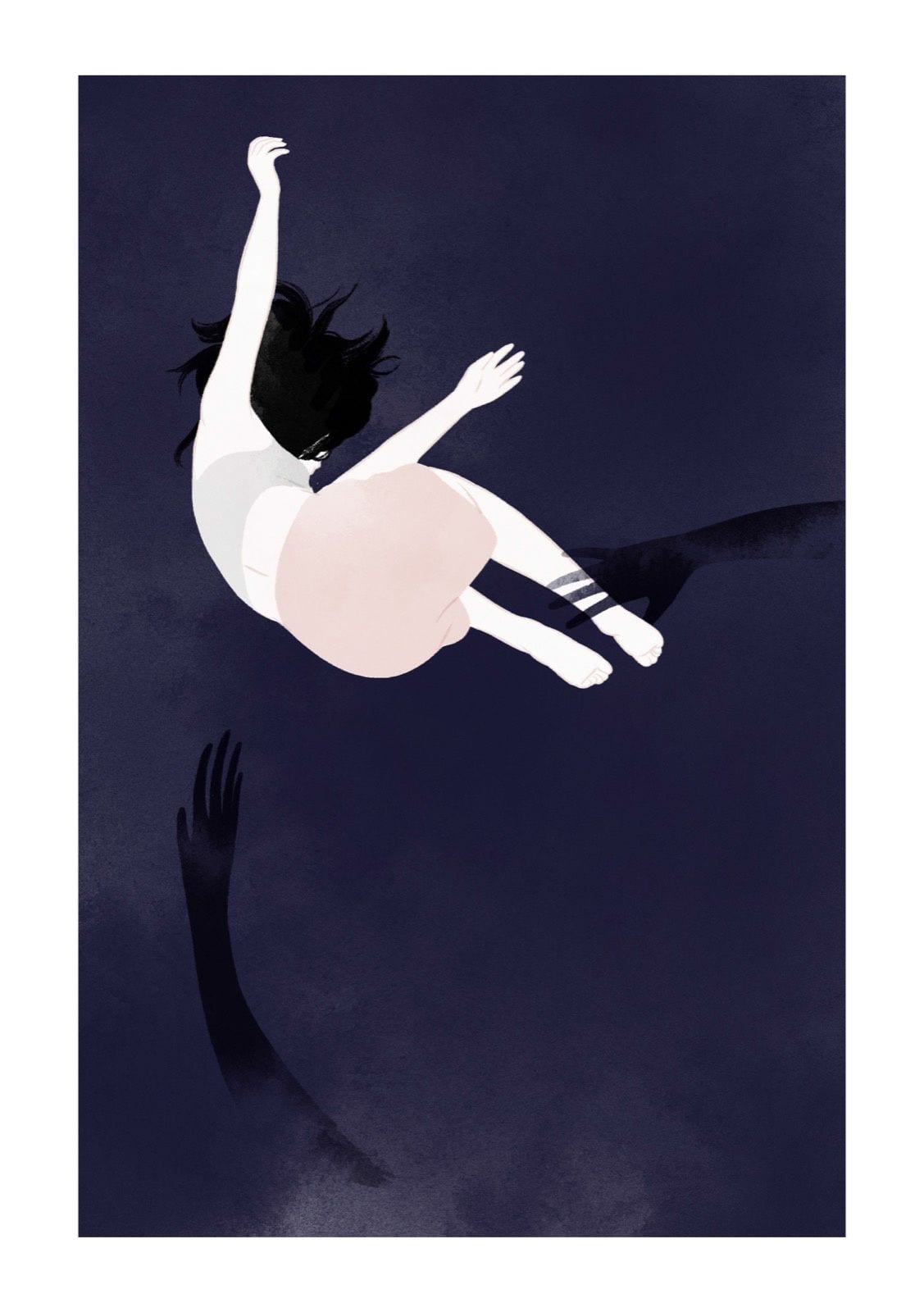 Most poignantly, she also writes that she doesn’t want “a body”. This is ironic, since Constantly is a study of the protagonist’s (and presumably the author’s) body. There’s no nudity, but the form-fitting clothes and underwear highlight rather than obscure, creating a double intimacy when coupled with the emotionally charged subject matter. The novella keeps the viewer at the protagonist’s round shoulder, peering into her sealed-in life. Though gg’s drawings are never sexualized, they do evoke pleasure in the human (and specifically female) form, creating a paradoxical, even disturbing beauty through a portrayal of mental suffering.

The visual motifs of a clock (dark fingers keep pushing the mechanical hands backward) and a set of cell-like window blinds (that quietly echo the horizontal lines of the memo pad) add to the feeling of enclosure—though not claustrophobia. Despite the story’s psychic darkness, gg’s pages are oddly light, as if inching slowly toward the intangible.

Other than the almost-black comforter threatening to swallow her in her sleep, the protagonist’s world and body are in greater danger of fading into an opposite kind of nothingness. Those black hands might be the only things keeping her on the page. In the end, I’m not so certain who was writing on the memo pad or who tore it up. “Who are you? What do you want?” are exactly the questions someone needs to be asking.

But Constantly offers no easy answers and certainly no plot-closing solutions to depression. The older gg no longer believes monsters can be battled to the death. They move in with you. Escaping the struggles of an old home means facing the struggles of a new home. Struggle is the constant. 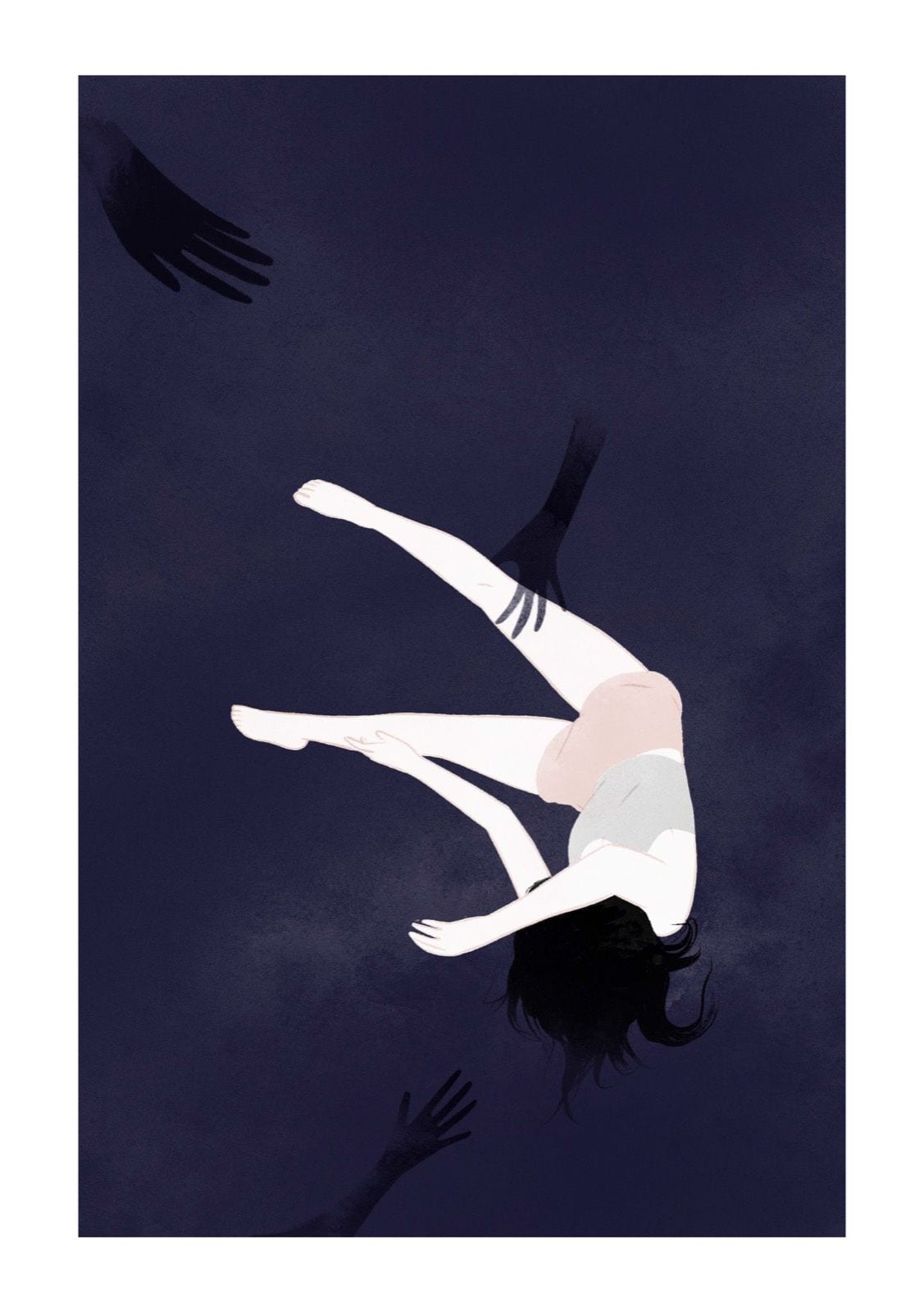 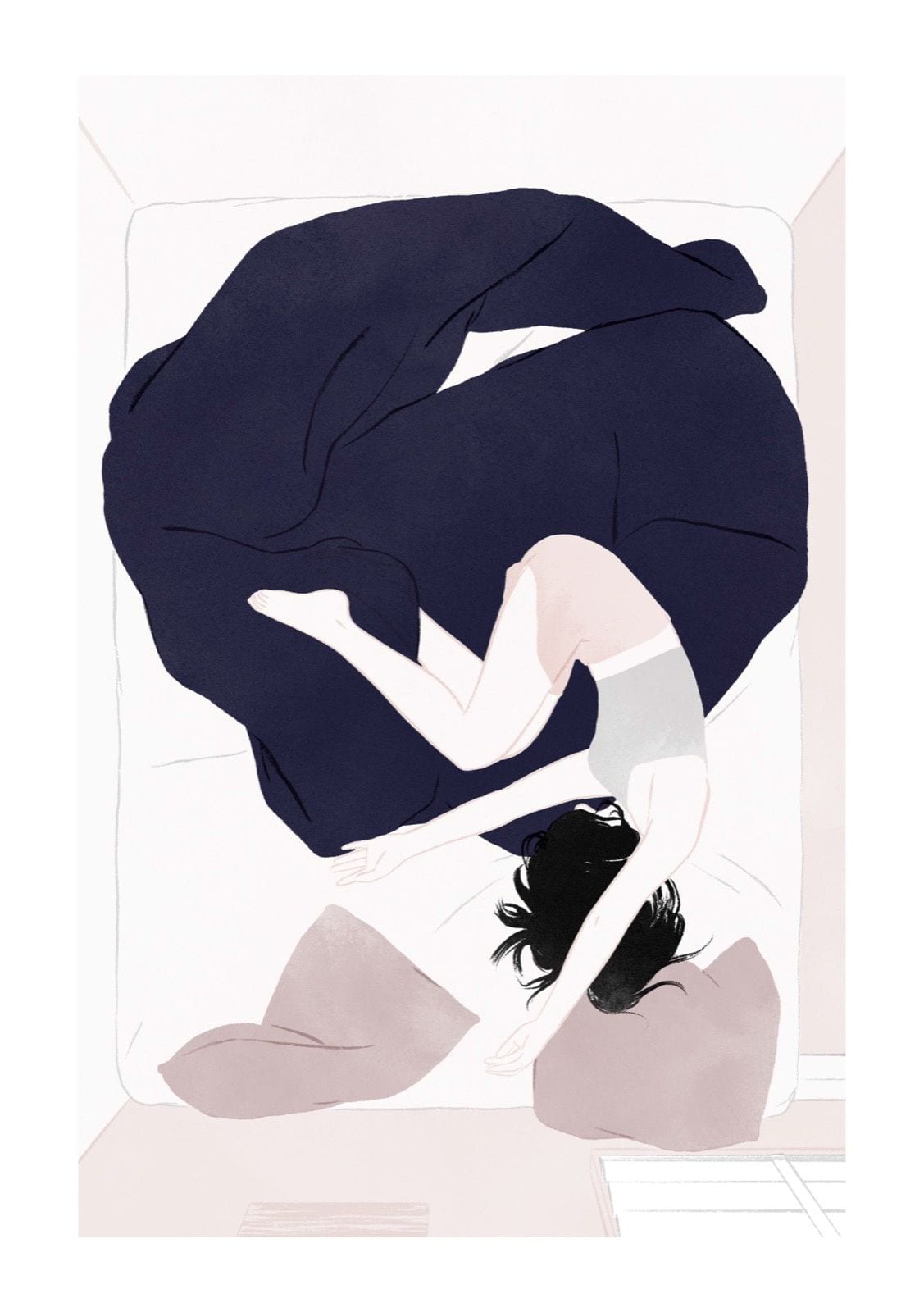 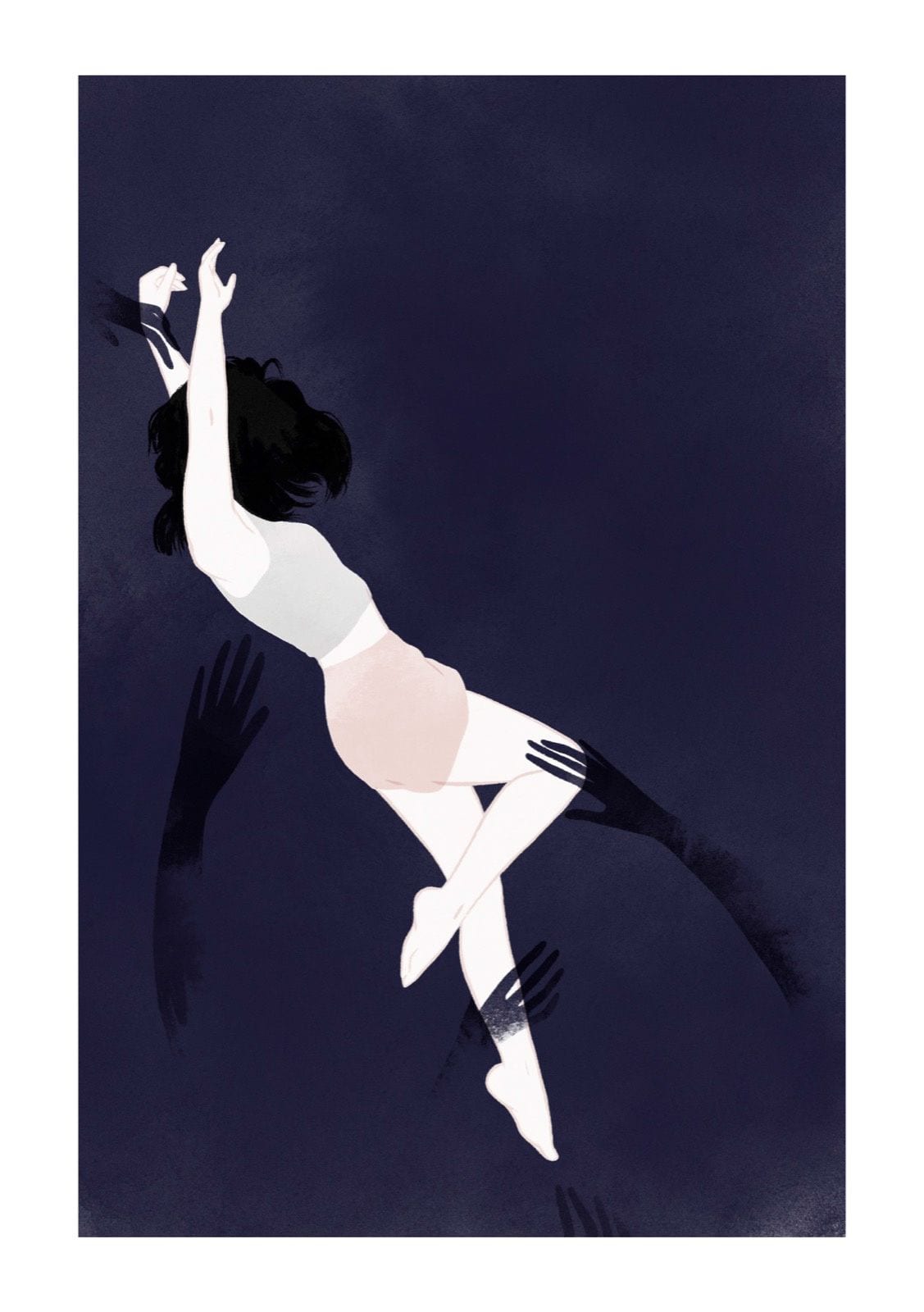