The year is winding down but some bands are cranking things up with fall tours and Ghost Light‘s West Coast run is a case in point. One of the more unique bands to appear on the music scene since their debut in 2018, Ghost Light has been blazing a trail by blending classic rock influences and jamrock sensibility with alt-rock power and progressive rock chops. The quintet launched their career with a west coast spring tour in 2018 that went from Southern California to the Pacific Northwest, a path now strategically mirrored on a 2019 fall tour that starts in the Pacific Northwest and concludes in Southern California.

These road warriors are getting down to business on this run with 10 shows in 11 days, rolling into this Friday night performance at The Independent in San Francisco after playing Arcata, Sacramento and Tahoe the previous three nights. This November 22 show is also the band’s San Francisco debut, following a pair of Bay Area performances at Terrapin Crossroads in San Rafael in 2018. Those scintillating shows made Ghost Light a new Bay Area favorite, which was somewhat ordained since the band features a couple of scene favorites in guitarist Tom Hamilton (from Joe Russo’s Almost Dead) and keyboardist Holly Bowling (famed for her impressive solo piano arrangements of Phish and Grateful Dead songs).

Rare is the rock ‘n’ roll band that can boast of two top level virtuoso players and so the joining of forces between Hamilton and Bowling all but guaranteed one of the best new bands in the land. But the revelation that boosts Ghost Light to an unforeseen higher level is singer/guitarist Raina Mullen, a dynamic vocalist who blends some Grace Slick style classic rock power with a compelling alt-rock vibe. Adding a singer/songwriter like that to a high-level jamrock group has made Ghost Light one of the most innovative bands of the 21st century, since it’s hard to think of another band putting all that together. 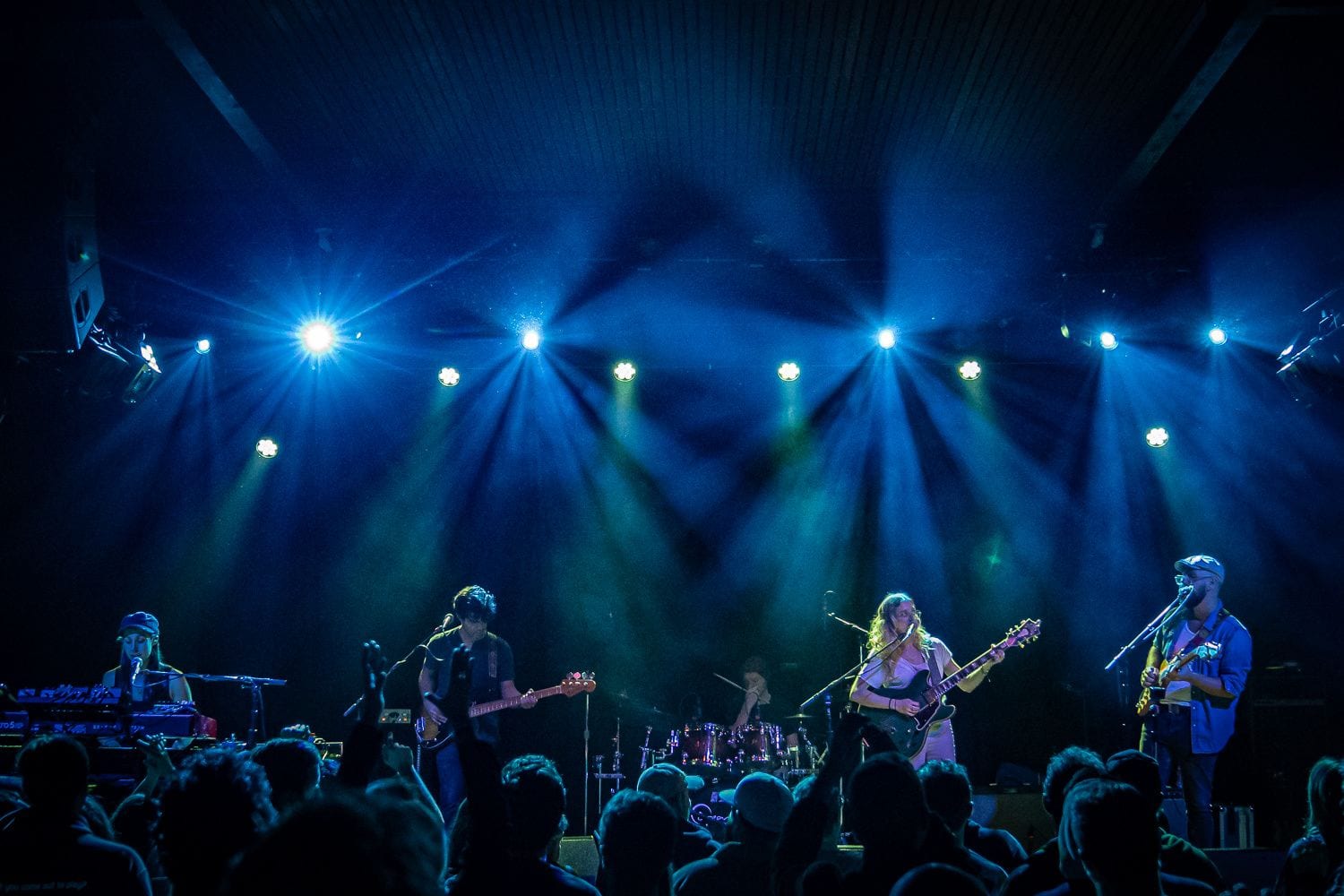 But rock stardom rarely comes quick anymore. Ghost Light released their debut album Best Kept Secrets in the early part of 2019, and the band boasts a far larger repertoire than just those nine tracks. But even the most talented modern musicians are challenged to achieve the exposure that was possible in the 1990s, when numerous debut rock albums rocketed to gold and platinum sales thanks to MTV exposure and the lack of streaming options. So Ghost Light will do it the old fashioned way, by hitting the road and winning fans over one show at a time.

Ghost Light comes out blazing with a hot jam that morphs into “Lead Weight”, one of Mullen’s feature songs that somehow failed to make the album even though the band was playing it during their first week on the road. The dynamic song encapsulates everything about Ghost Light that is unique and special with Mullen’s mesmerizing voice, the complementary melodies from Bowling and Hamilton, and a fresh jam that develops over a tight groove from the ace rhythm section of drummer Scotty Zwang and bassist Dan Africano. 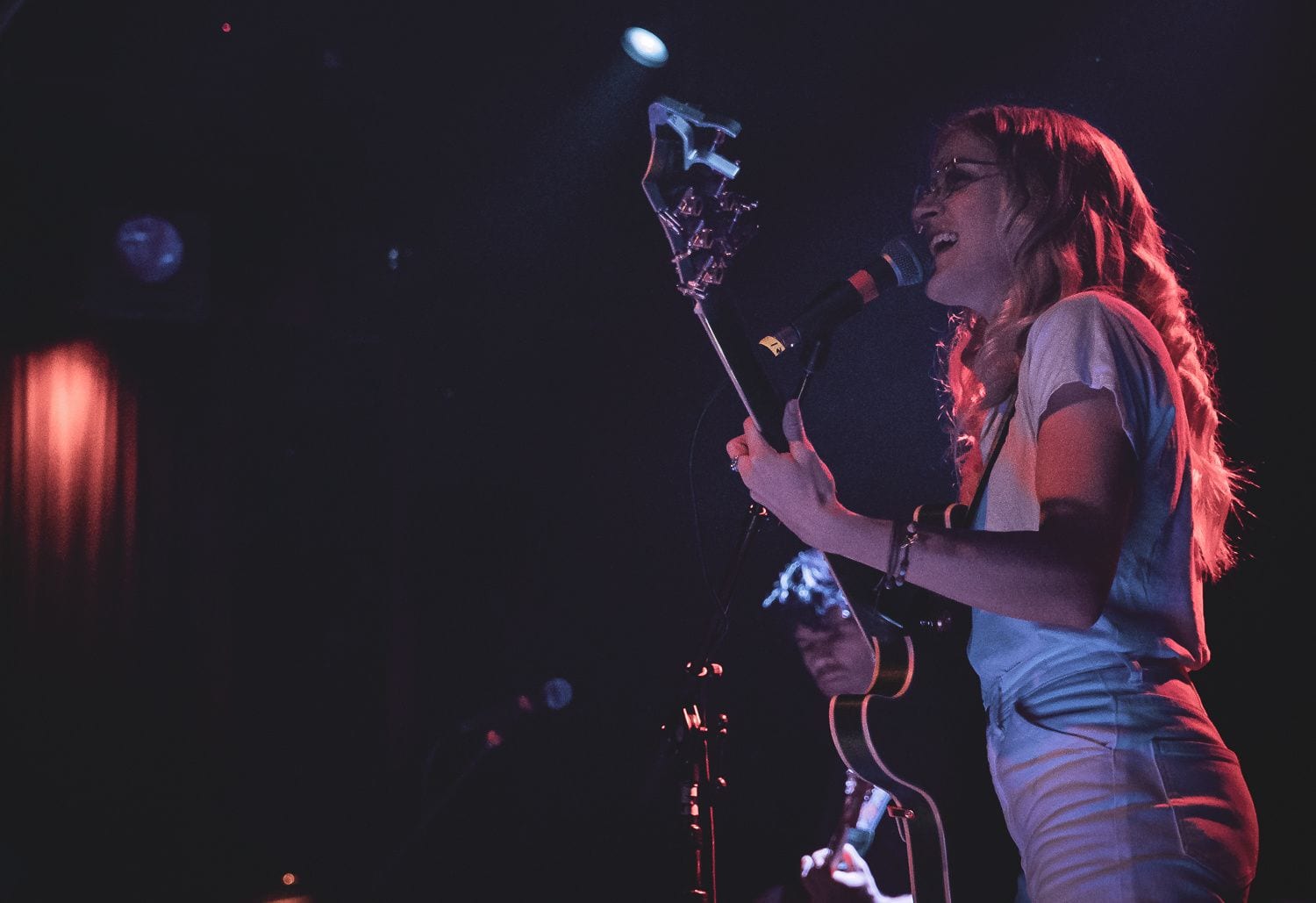 Hamilton uses his whammy pedal to signal a shift into the space rock landscape and the band follows him through a cosmic wormhole on a surging jam that eventually winds down to land on a bustout of Muse’s “New Born” from their 2001 album Origin of Symmetry. There are probably not many in the audience who recognize the song, but Ghost Light has become known for their ability to bust out almost any song at any time and this hard rocker makes an impression that gets the crowd revved up whether they know the song or not.

There’s nary a moment of letup in this set as the “New Born” jam finds its way into what feels a bit like a “Not Fade Away” jam before moving into “Old Time Religion”, a tune Hamilton and Mullen performed in their previous band American Babies. Here Ghost Light delivers another rocking tune but with something of a honky tonk vibe with Bowling throwing down some ragtime style piano, before the band moves into a spacey rhythm & blues jam. Rock ‘n’ roll has become akin to religion for so many music fans in this world gone mad, where truly spiritual experiences are hard to find elsewhere. And so the song feels like a genuine anthem. 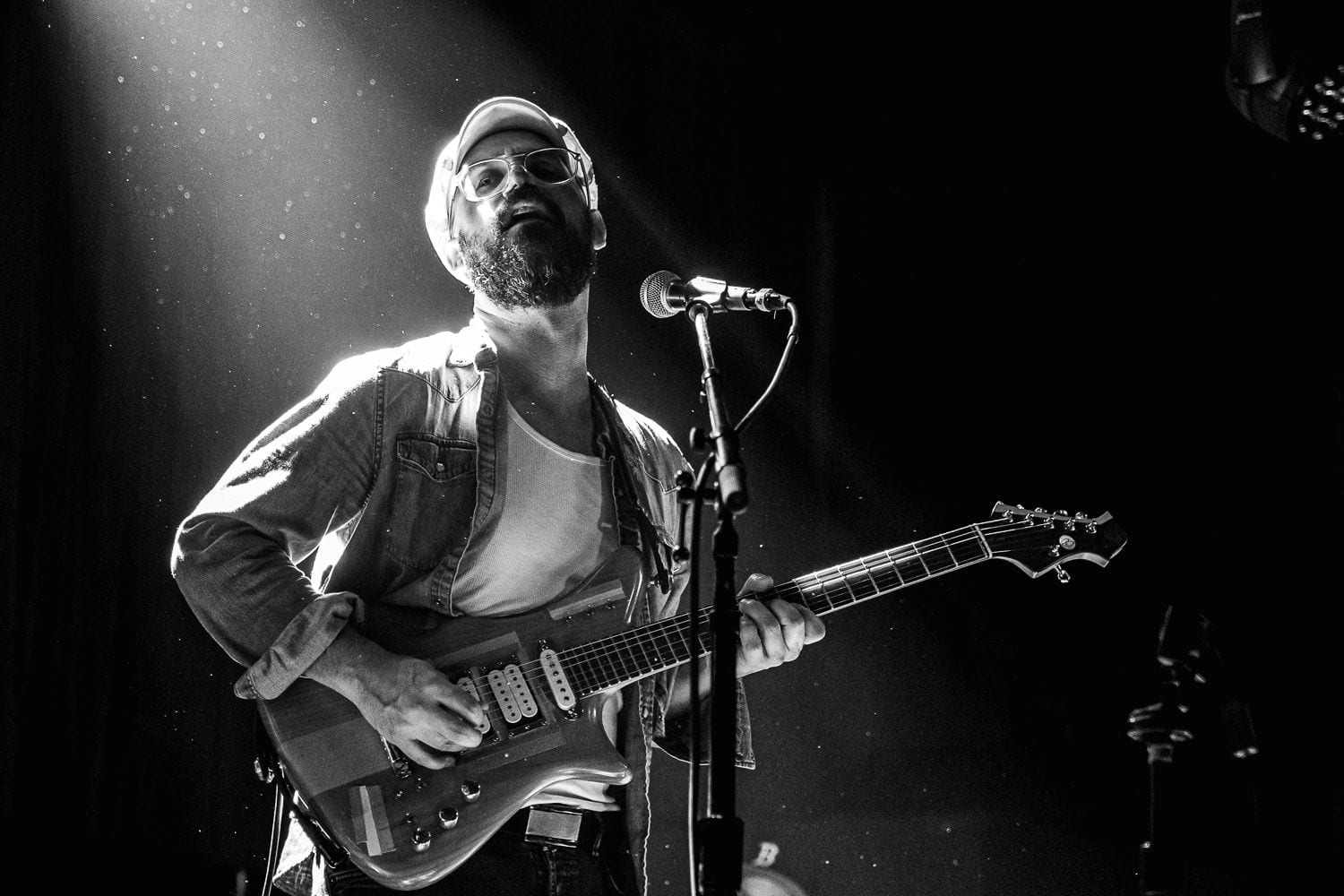 The set continues to dazzle as the jam morphs into a blissful new sonic landscape with an infectious groove that sounds kind of like a cross between Sound Tribe Sector 9’s “We’ll Meet in Our Dreams” and “The Wheel” by the Grateful Dead. The mesmerizing jam finds the audience falling into a collective trance dance where time and space seem to stand still as the cosmos aligns in a rare magical moment of celestial transcendence. The jam soon shifts toward a rocking climax as the quintet finds their back to “Old Time Religion” for another big chorus and some more energetic jamming.

The jam winds down into an ambient space where it seems the band is searching for a sound from many various possibilities, before they move back into “Lead Weight”. When Mullen sings of lifting all the weight she’s been carrying and how she’s going to figure it out this time, it feels like a universal call for listeners to lay their burdens down in one of those peak moments of sonic catharsis that great rock ‘n’ roll specializes in. Hamilton rips a fiery outro solo as Bowling lays down strong piano in support, with Africano and Zwang crushing the groove while Mullen rocks out on rhythm guitar as the first set comes to a rousing conclusion. 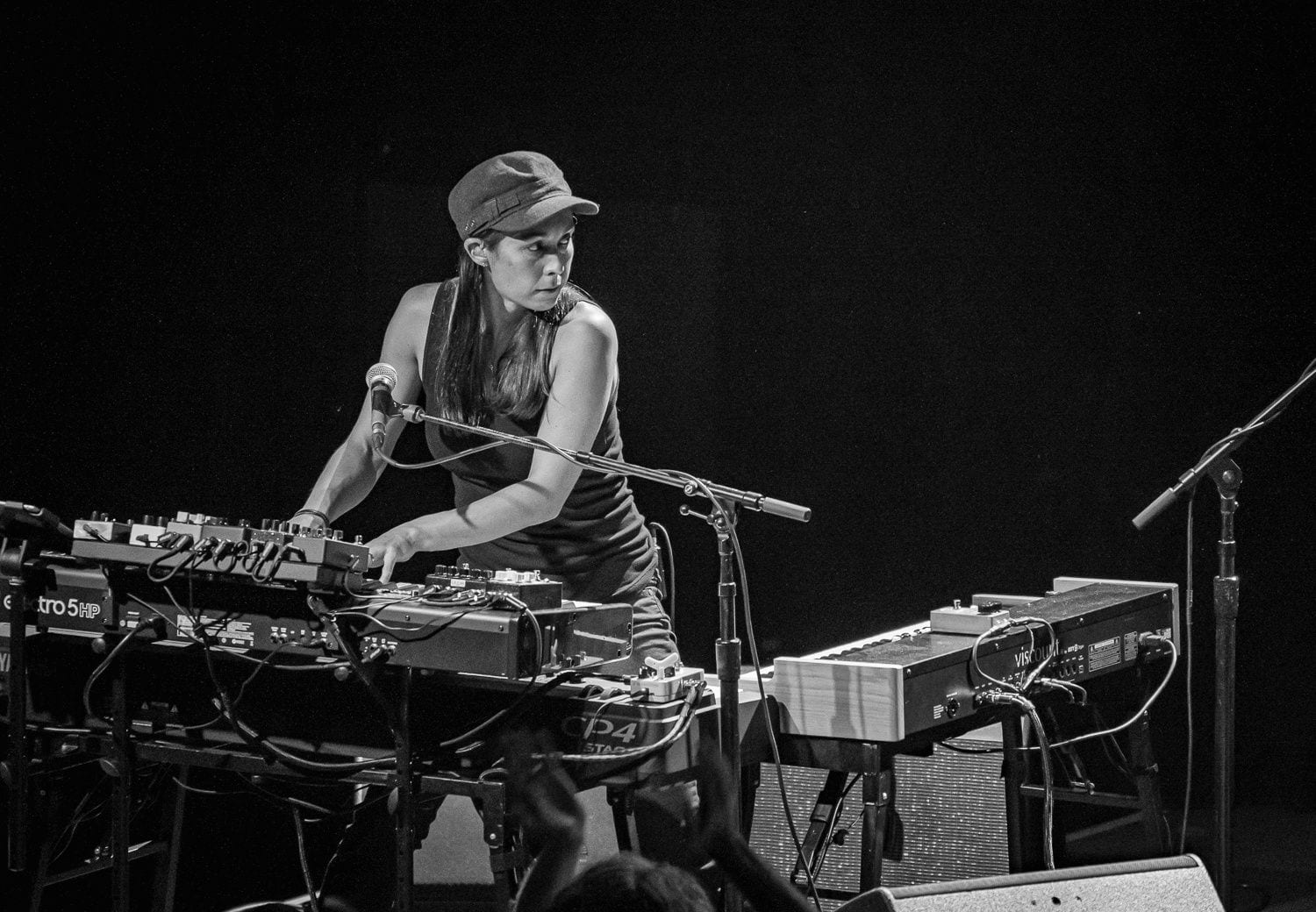 The audience roars at the end, fired up from the scintillating performance. The 65-minute set has technically only included three songs, but it feels like far more selections were played due to the dynamic jamming that permeated the set and the diverse array of sonic landscapes visited. It’s been one of the hottest performances of 2019 by anybody and it seems the band agrees, as they soon release a pro-shot video of the entire set on the YouTube.

The second set features several songs from the album, starting with set opener “Don’t Come Apart Just Yet, My Dear”, a multi-dimensional rocker with Hamilton on lead vocals and Mullen on harmonies. Bowling also stars here with her melodic piano lines that feel so natural, yet there are few other bands with keyboardists who can function as lead players like she does. There’s a special chemistry between Bowling and Hamilton where it can seem like they’re both leading at the same time, yet doing it in unison through their Jedi tone science mastery (or maybe just really great ears.)

Another pleasantly surprising curveball soon arrives when the band jams into a rocking cover of The Shins’ “Simple Song” with Hamilton singing the song like he wrote it, before Mullen takes the lead on the B-section for a great tag team performance. Unlike the Shins however, Ghost Light uses the song as a jam vehicle to explore some spacey territory that leads to Hamilton’s ballad “Bring It in Close”. It’s the first time all night where it feels like the band is taking their foot off the gas pedal, but everyone needs a breather now and then.

The set surges back into high gear with Mullen in rock star mode again on “Diamond Eyes”, a fan favorite that never fails to shine. Mullen’s dynamic vocal here captures the spotlight and rightfully so. But what makes Ghost Light special is the way they turn great songs into great jams as well, as there are all too few bands in this world that can deliver both. The quintet’s collective chemistry is showcased here in moments where it feels like all five members are soloing in unison, as they skillfully build up the jam. Hamilton soon takes the lead with some melty wah-wah guitar, while Bowling boosts the sound with electric piano on what grows into a stellar jam that takes the assembled to another peak. 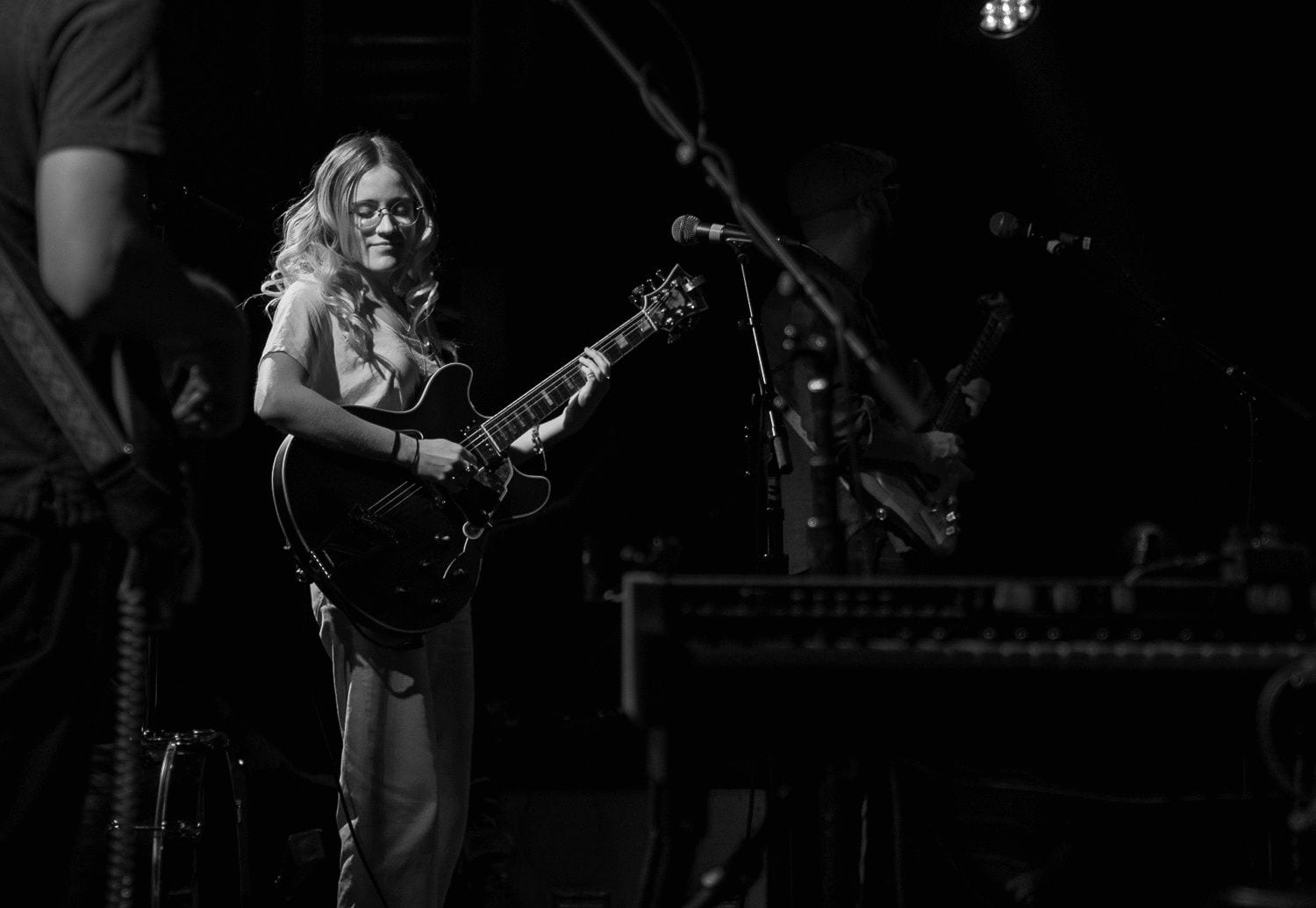 Bowling then switches over to deliver some dazzling piano melodies, with Hamilton complementing her with melty guitar and Zwang crushing the percussion as the group segues back into “Simple Song” for yet another triumphant reprise. There’s some more strong ensemble playing in “Oh Darling, My Darling”, something Ghost Light clearly specializes in. There are many bands that can catch a groove and watch the lead guitarist wail, but there are few that can deliver innovative collective ensemble playing like Ghost Light. 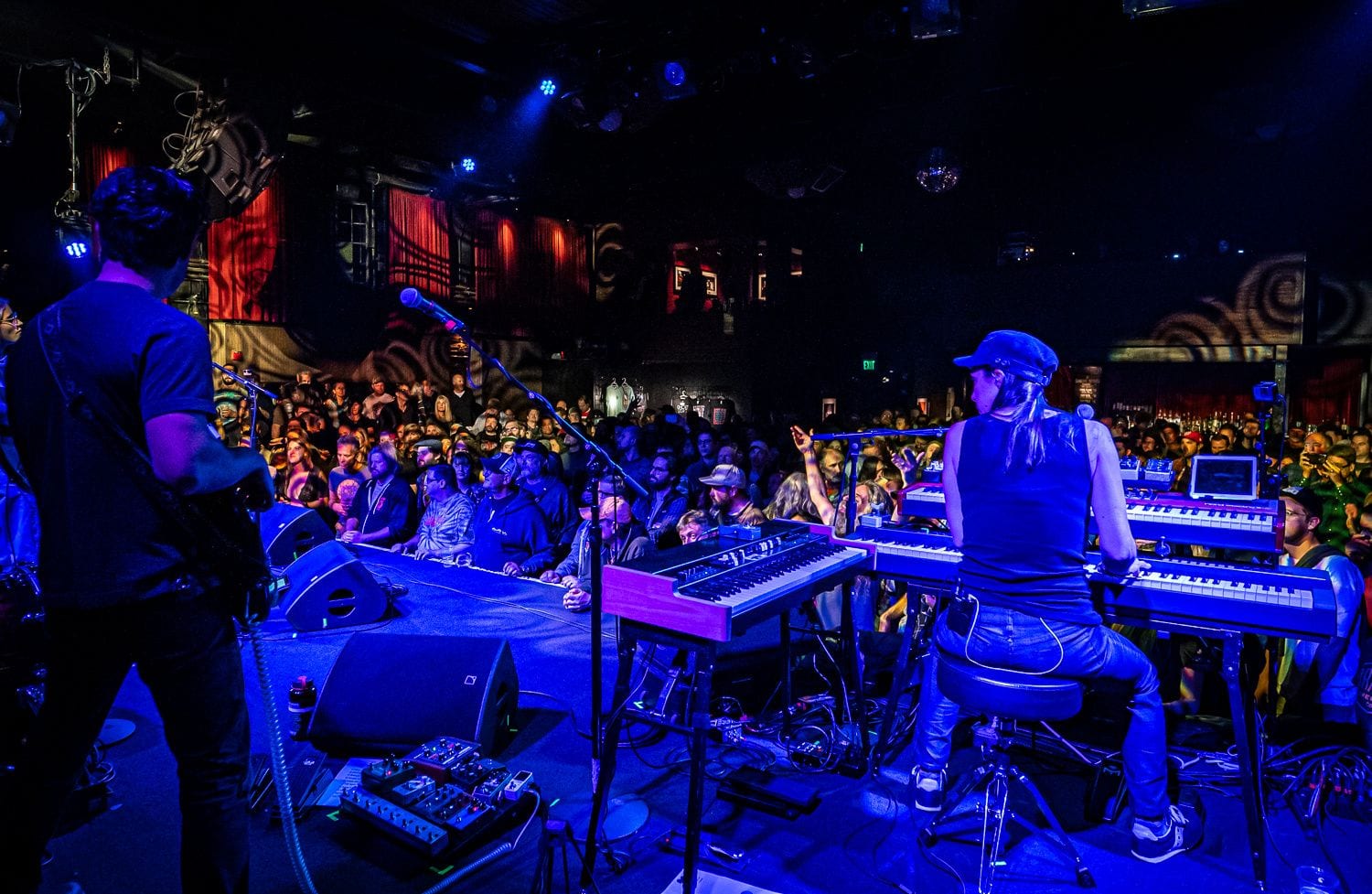 Then there’s a sharp turn back into “Diamond Eyes”, a welcome reprise since the band was absolutely crushing the song earlier. Mullen’s soaring voice sparkles like a diamond again here on the brief reprise before Hamilton takes the lead vocal on “Leave the Light On”, an upbeat rocker with an anthemic flavor. The song finds its way through a brief spacey section before developing into a hot jam, before morphing back into “Don’t Come Apart” to close the set. Both sets have now featured jam sandwich bookends, another Ghost Light special. Such a rocking show would seem to call for a rocking encore and so it is as the band features Mullen in raucous rock star mode once more on Suzy Quatro’s “The Wild One”.

After the show, local music mavens quickly concur that this has been a “Tier 1” performance. There’s a line at the merch table and fans soon find they have to the opportunity to congratulate Bowling on a great show, exchange a high five with Mullen, or even listen in to Hamilton talking shop with local bass maestro Reed Mathis. Talented as they are, Ghost Light remain humble troubadours in service to the rock ‘n’ roll community.