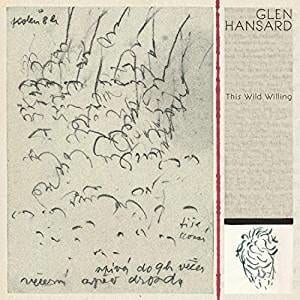 With the release of This Wild Willing, an exploratory album that was recorded in improvisational sessions, Glen Hansard hit the road for a brief East Coast tour. Throughout his nearly two-and-a-half hour show at New York’s Beacon Theatre, Hansard (aka “Earnest Strum“) gave a show that was as charming and earnest as any before. The dynamic interplay between often subdued, introspective new material and the powerful, older songs proves Hansard remains a superb live performer.

However, the performers themselves were often hard to discern. Hansard and the band were backlit so we could frequently only see silhouettes. But that did little to diminish the audience’s enthusiasm during the tremendous show. Hansard had even noted that the quality of the show depended in part on the audience itself. The group opened with reflective tunes from the new album, “Fool’s Game”, “I’ll Be You, Be Me”, and “Don’t Settle” shrouded in the dark. But the pace moved faster, and the lights grew, intermittently, stronger as the group performed material from Hansard’s previous solo efforts, a few tunes from the Frames, and some covers. My favorites included “Didn’t He Ramble”, “Her Mercy” (both benefiting from extra oomph from the horns), and “Fitzcarraldo”.

Bandmates and friends were given several moments to shine, notably Javier Mas with his strong Spanish guitar. But a New York City show drew in several friends including trombonist Curtis Fowlkes, who sang “Wedding Ring”, Ken Griffin (a musician Hansard has admired since his Rollerskate Skinny days) who sang “I’m Not Drinking” and Moji and Niall Connolly for a cover of Leonard Cohen’s “Bird on the Wire”.

Hansard’s current tour has him opening for Eddie Vedder on some Europe dates before he returns to the US for a longer tour in September. Check out some photos from the Beacon Theatre below. 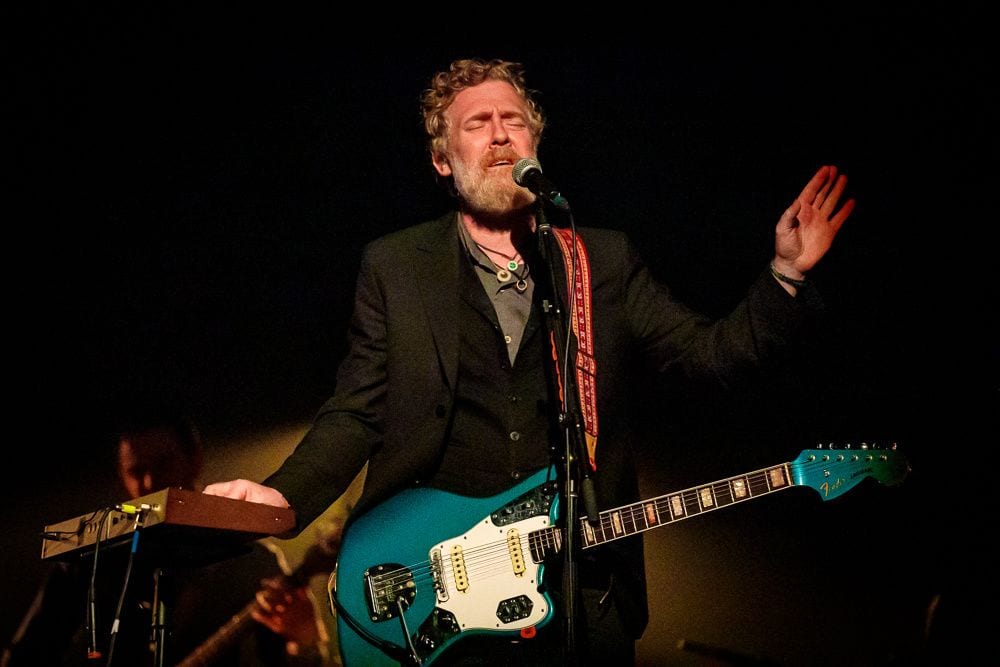 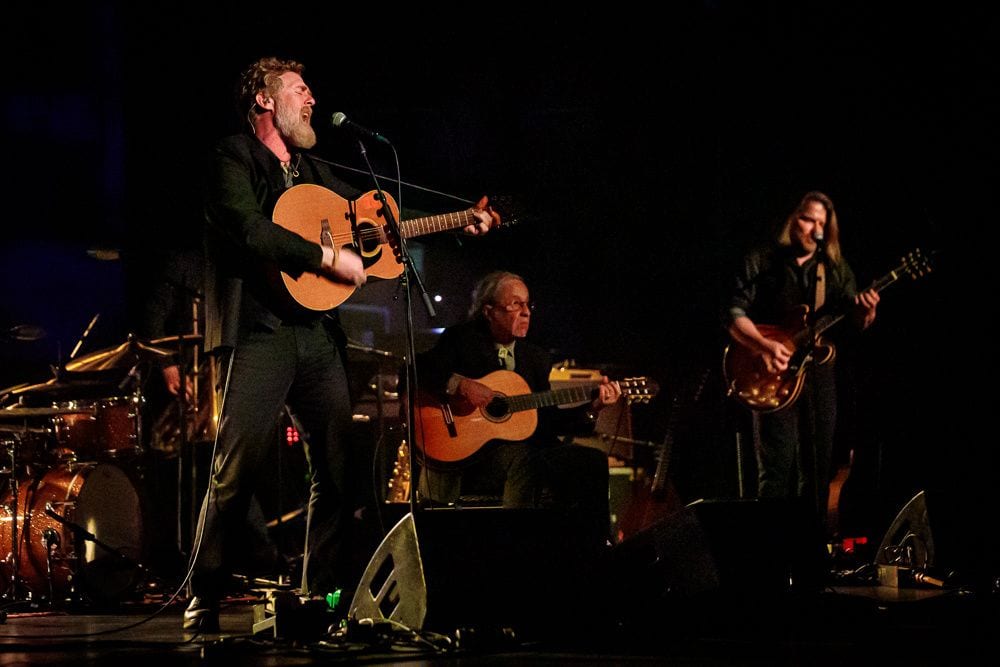 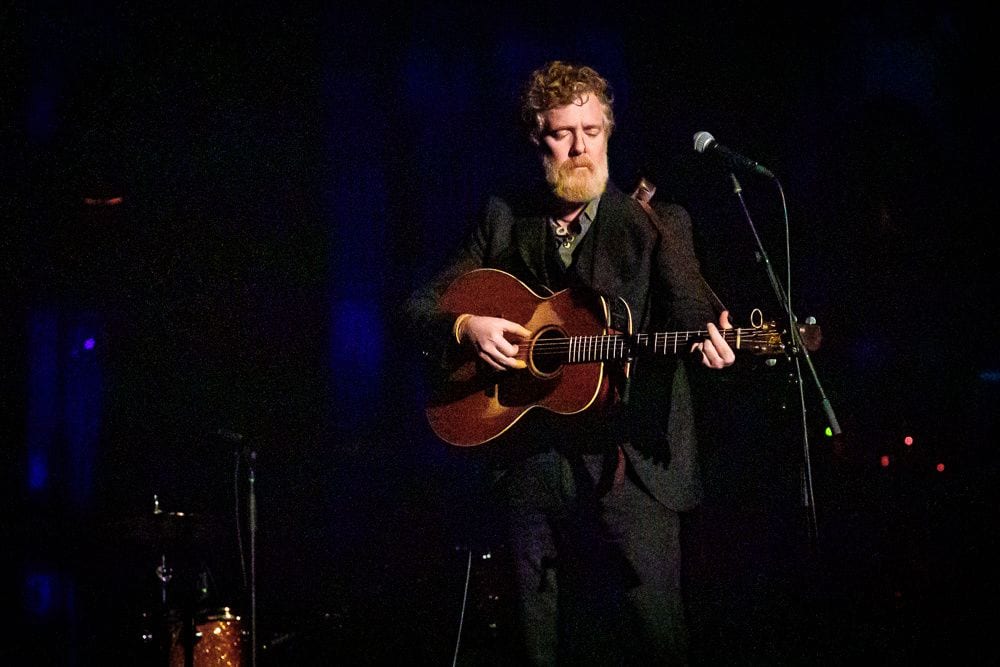 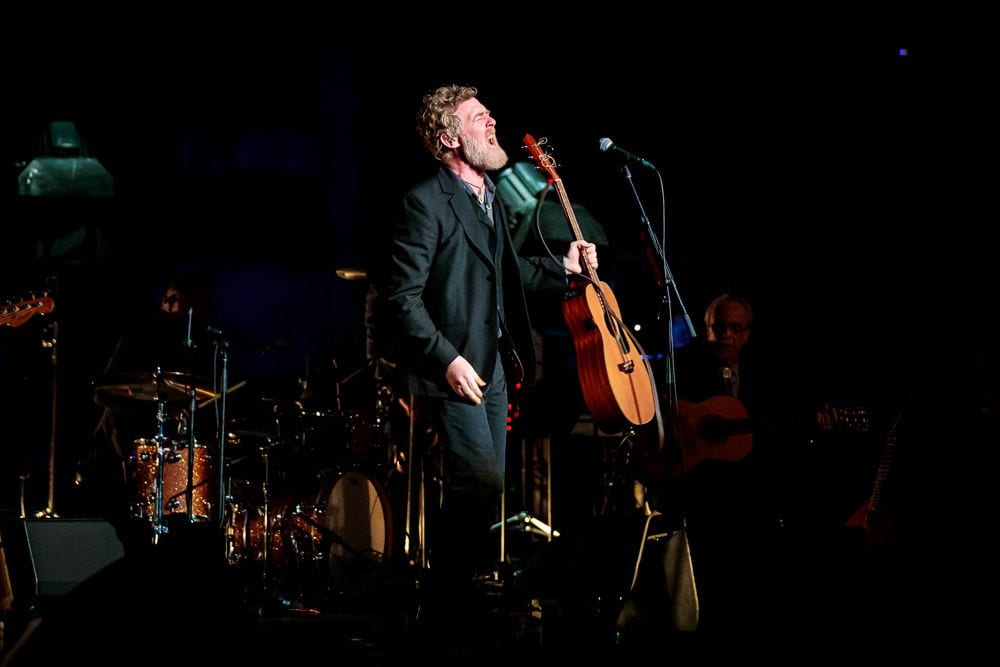 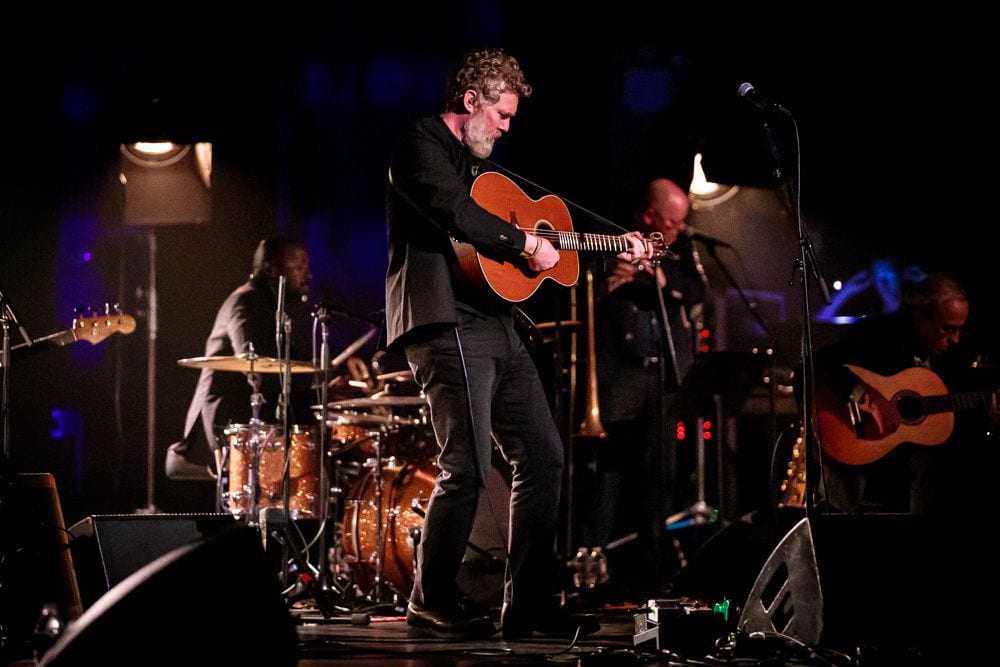 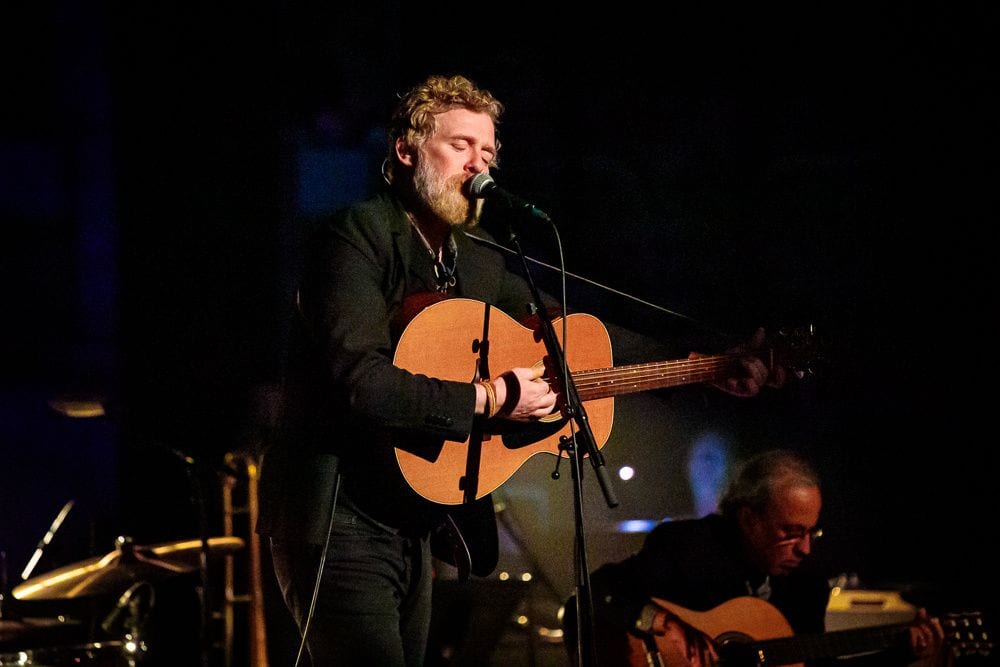 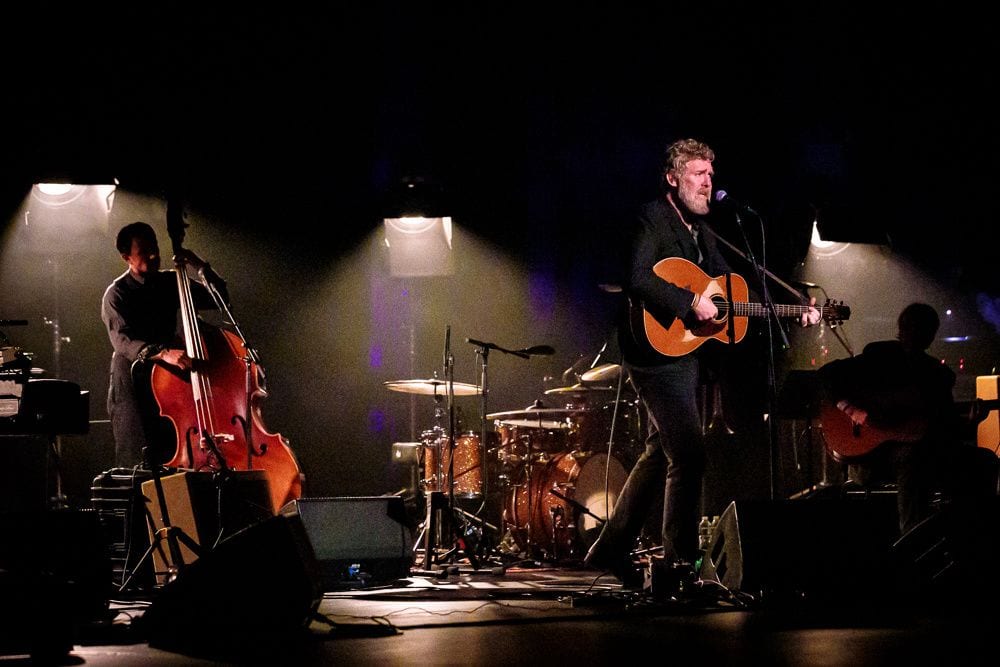 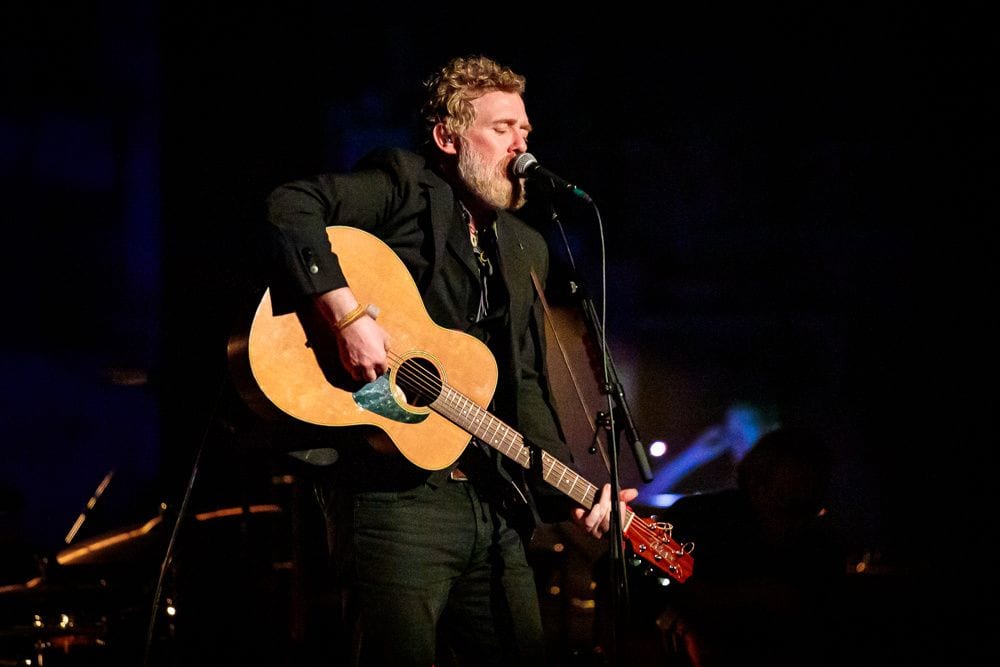 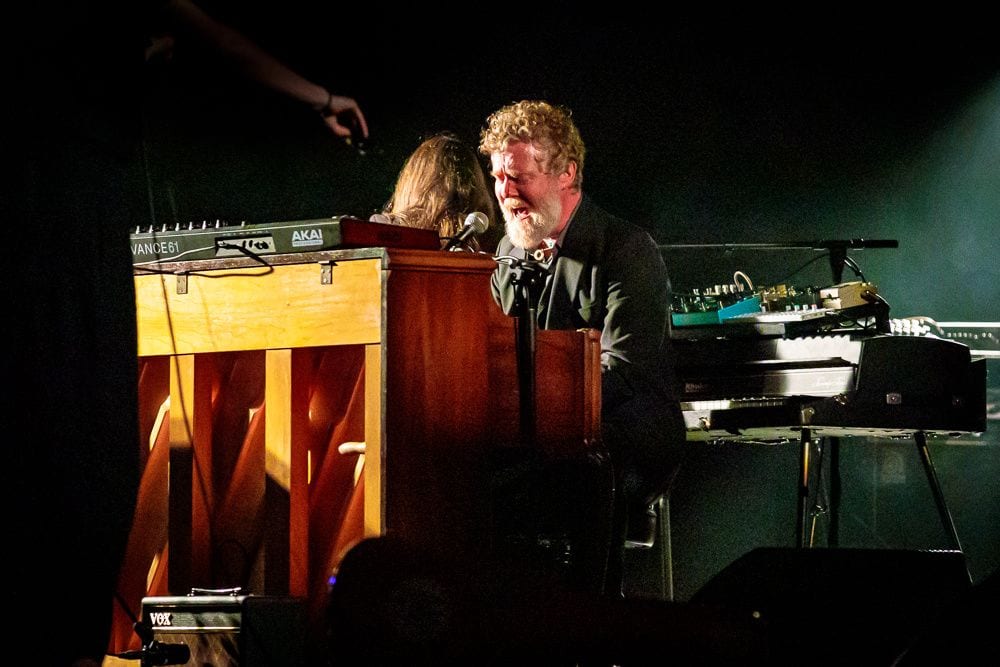 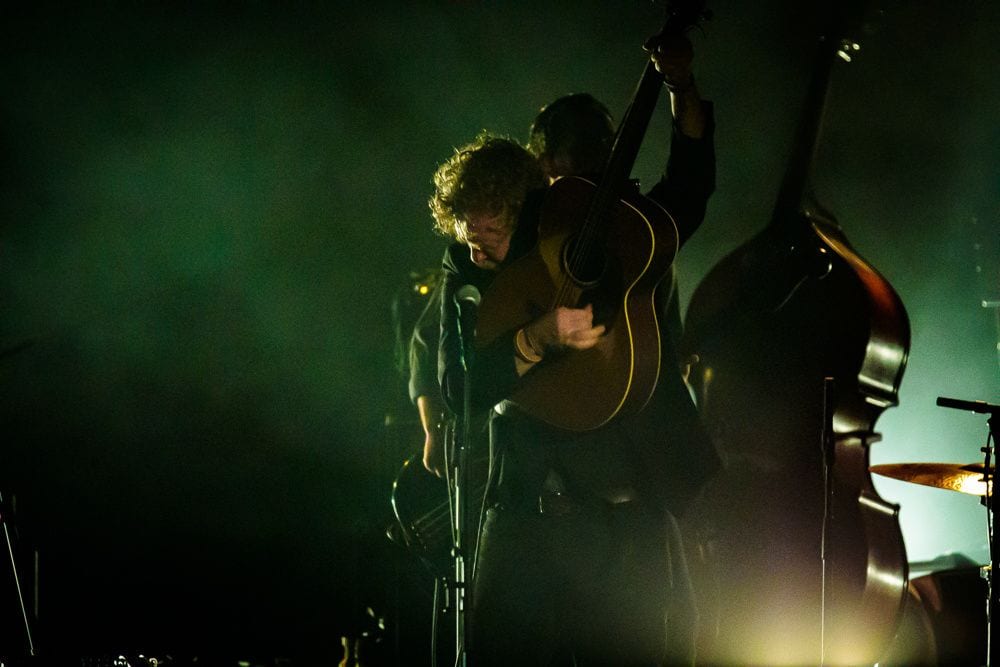 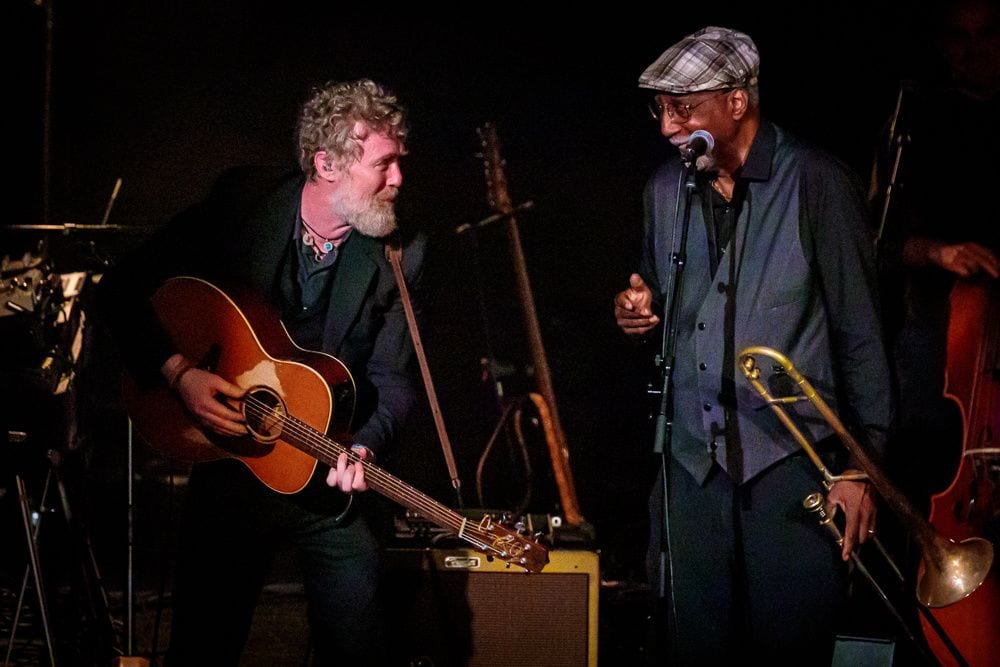 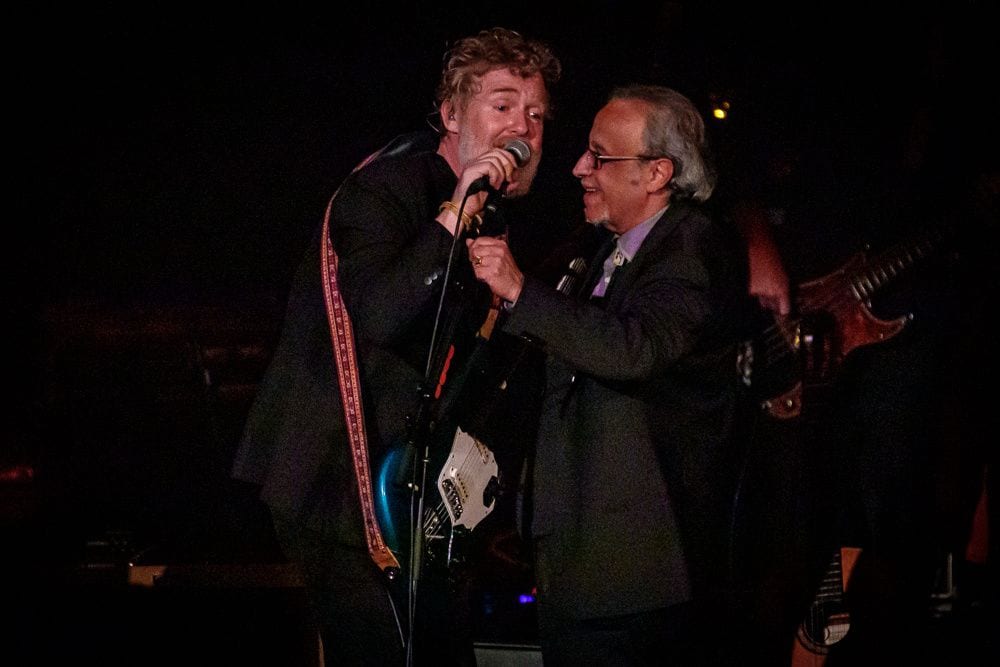 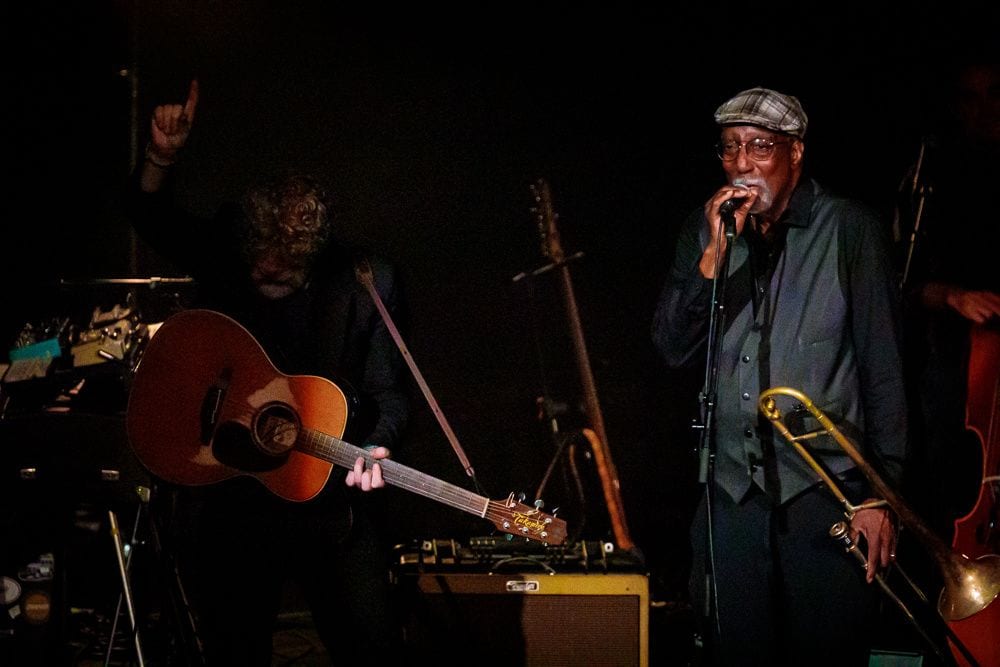 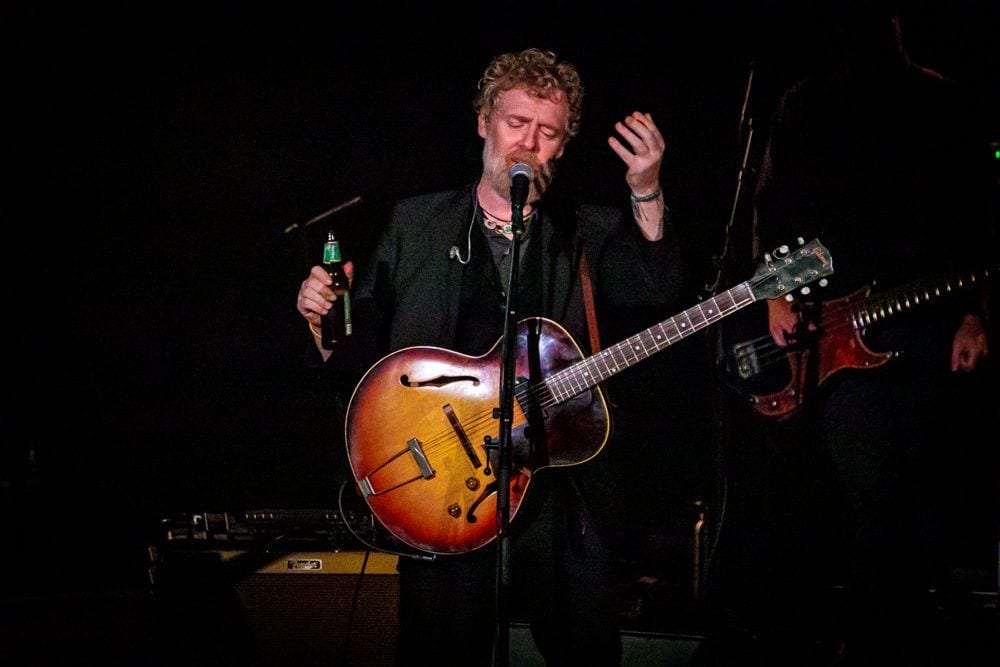 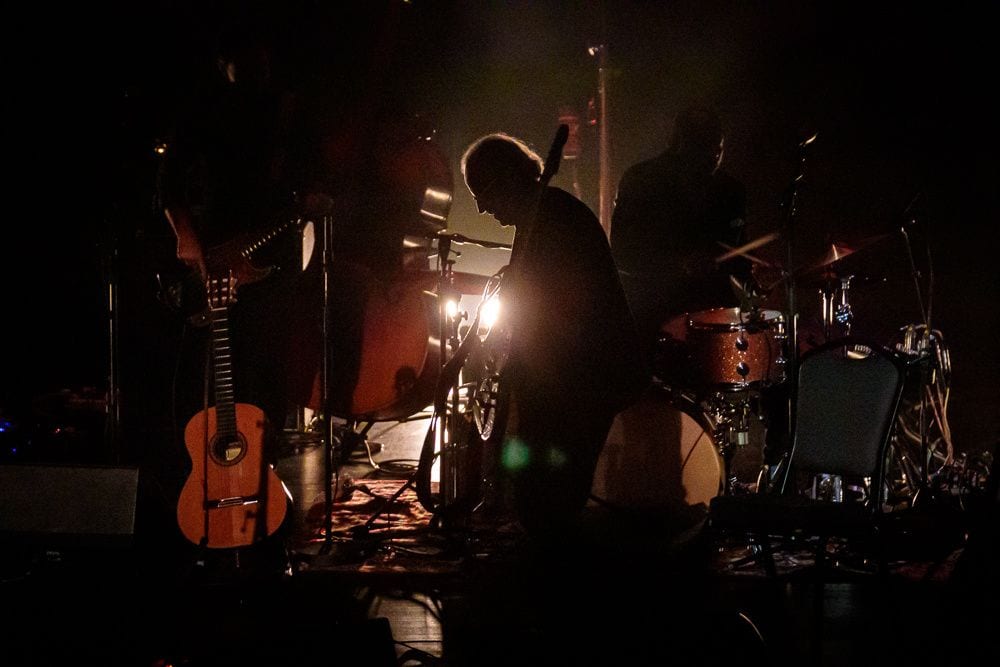 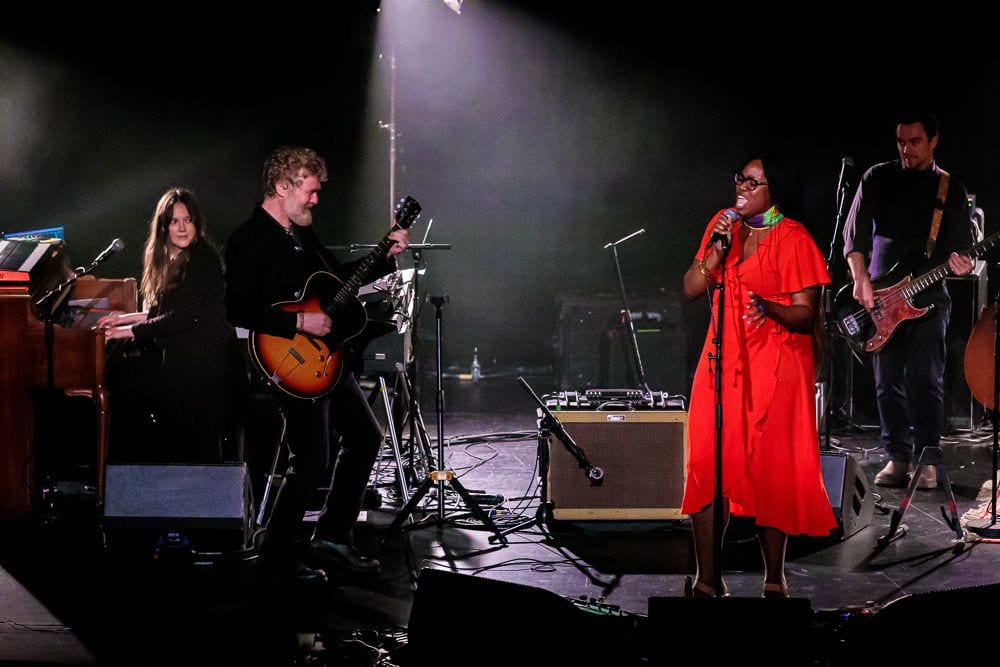 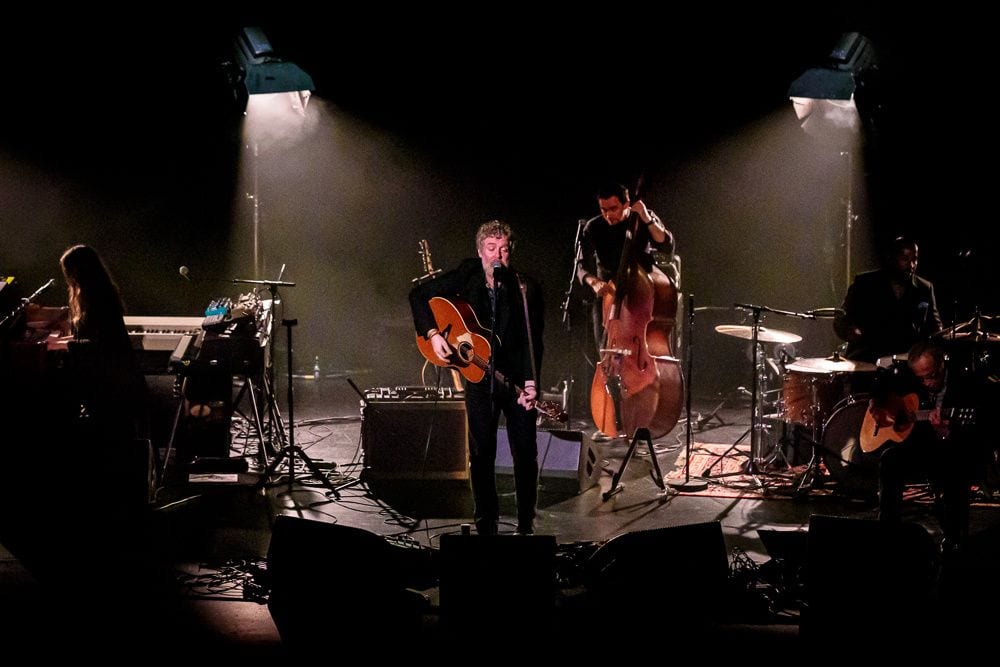 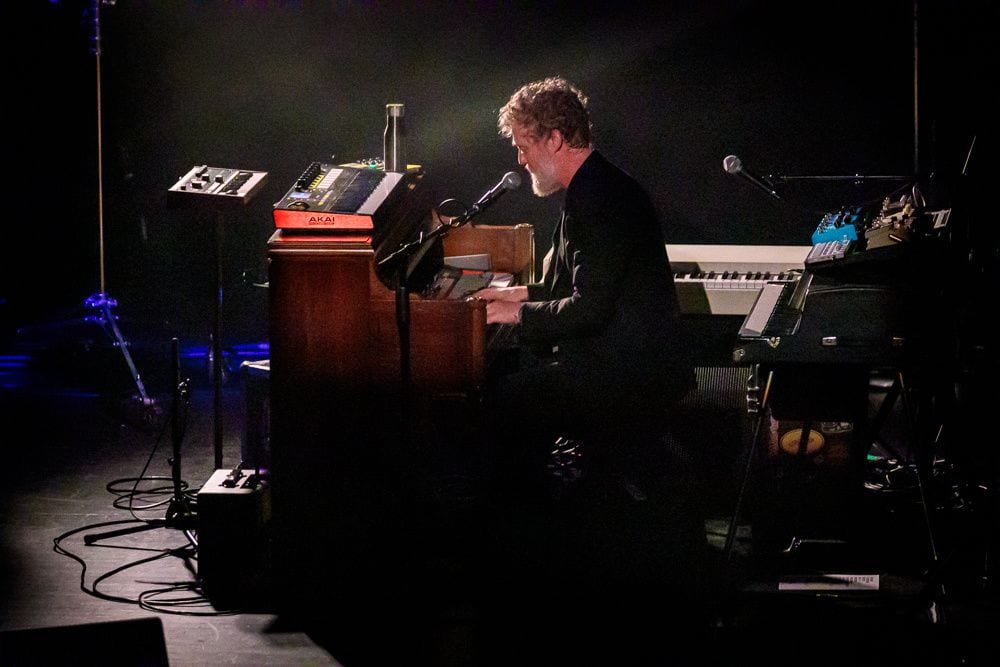 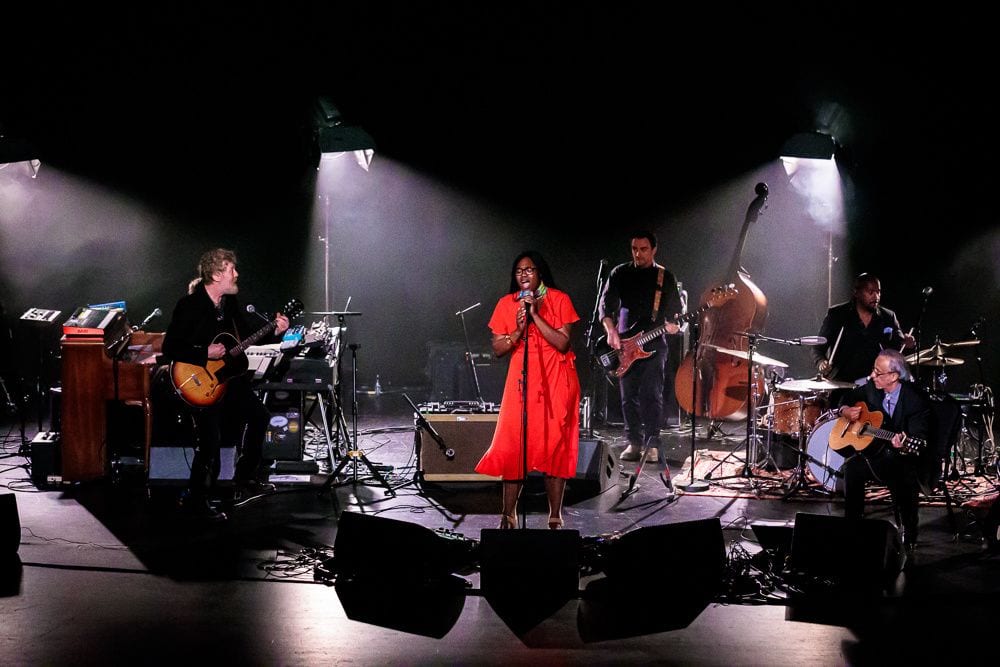 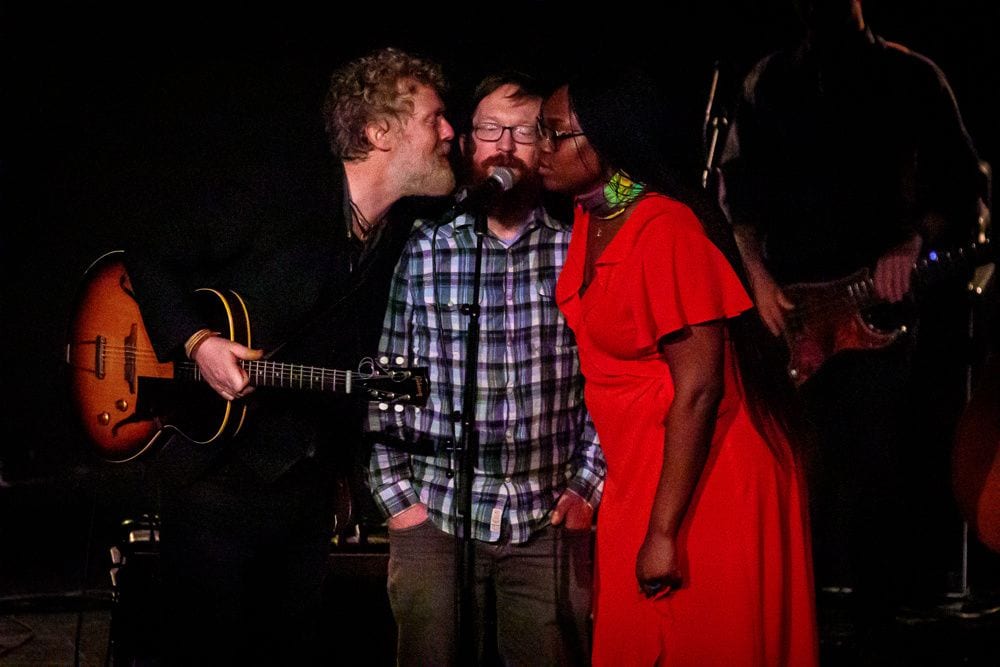 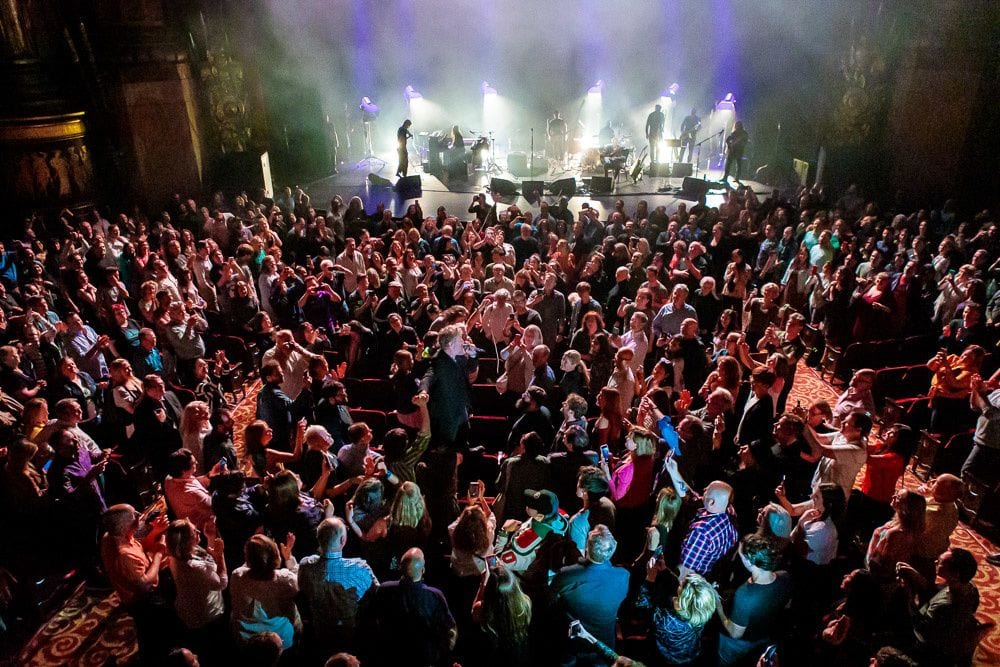 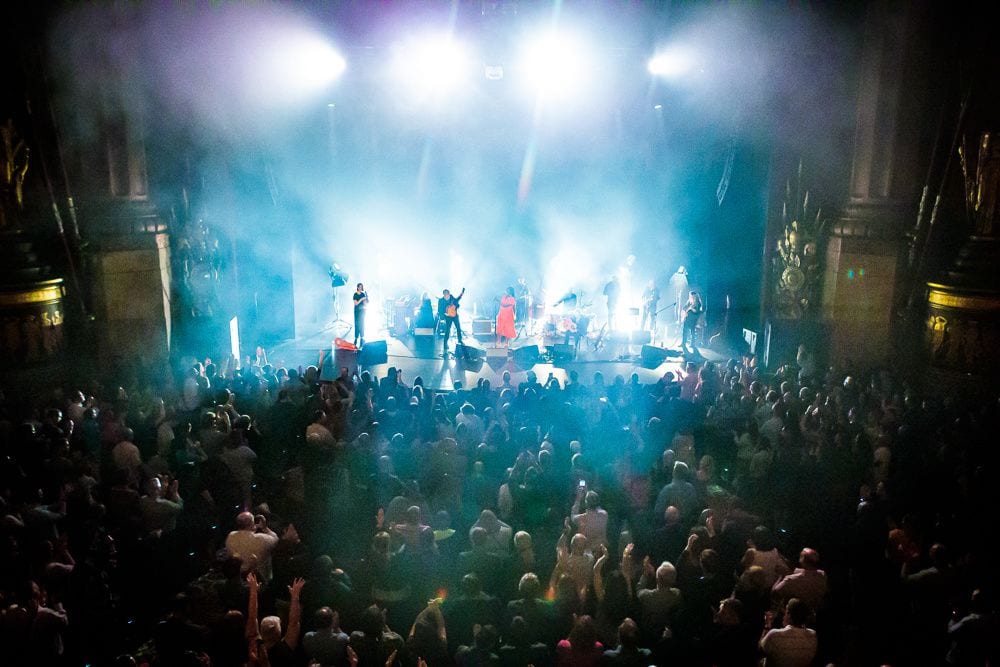 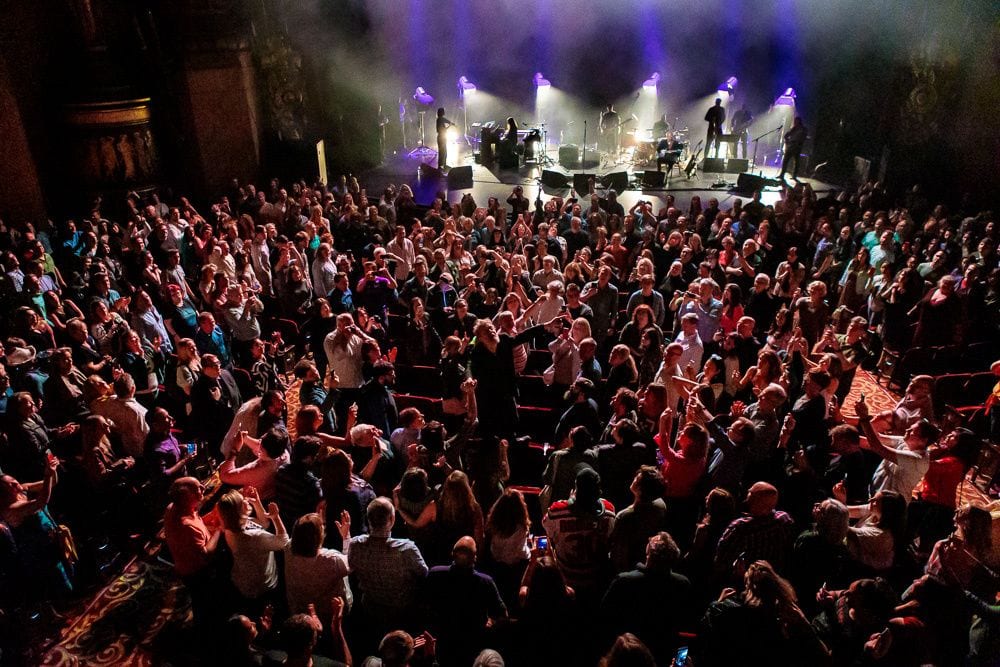 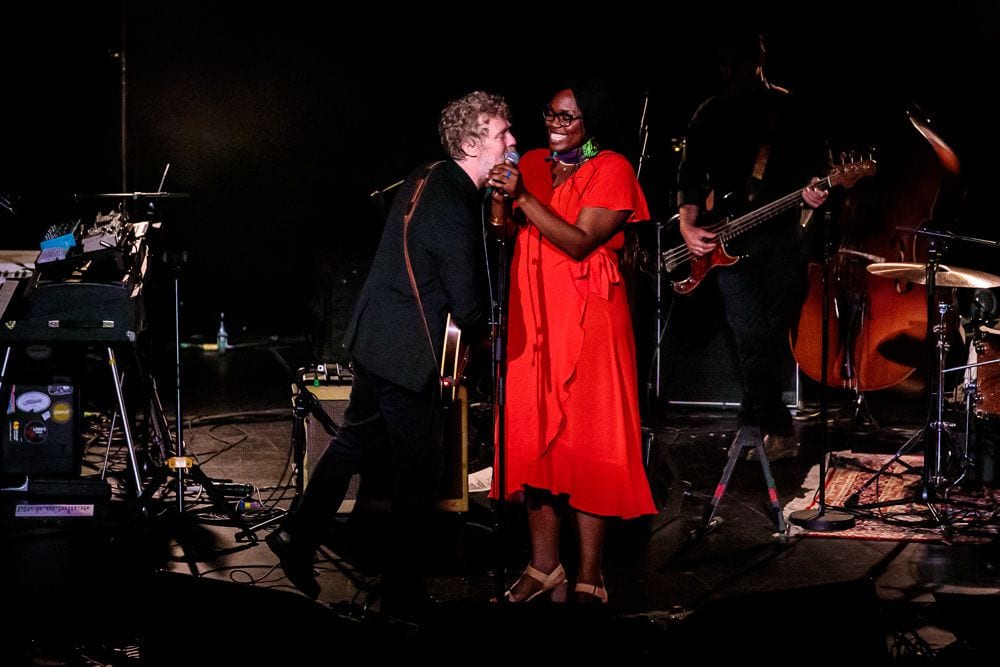 Say It to Me Now (pre-show)
Fool’s Game
I’ll Be You, Be Me
Don’t Settle
My Little Ruin
When Your Mind’s Made Up
Bird of Sorrow
High Hope
Wedding Ring
The Closing Door
Fitzcarraldo
Race to the Bottom
Didn’t He Ramble
McCormack’s Wall
Leave a Light
Way Back in the Way Back When
Grace Beneath the Pines
Falling Slowly
I’m Not Drinking (August Wells performing)
Dream Baby Dream
Her Mercy
Bird on the Wire (Leonard Cohen)
Her Mercy
The Parting Glass