A growing number of independent filmmakers seem to be realizing that if you throw the actor Julianne Moore into your film, you’ve got a great chance of making a probing, fascinating work of art. Moore, already a star by the end of the 20th century after terrific turns in films like Todd Haynes’ Safe (1995) and Paul Thomas Anderson’s Boogie Nights (1997), has been on quite a roll over the past decade. In psychodramas like Lisa Cholodenko’s The Kids Are All Right (2010) and Wash Westmoreland and Richard Glatzer’s Still Alice (2014) (for which she won the Oscar for Best Actress), her ability to lead a film has only solidified.

Perhaps she’s realized this, too. It’s she, reportedly, who convinced Chilean director Sebastián Lelio (interviewed here on PopMatters with Paul Risker) to remake his 2013 film Gloria with her in the starring role. Of course it’s possible that the two would have found each other eventually, but the resulting work, Gloria Bell, fits snugly among her impressive contemporary output regardless. Lelio’s apparent fascination with womanhood and desire have culminated here, in impressive form, with an actor tailor-made to its particular kind of searching melancholy. Like its predecessor, Gloria Bell follows Gloria almost as though the camera is attached to her hip; unsurprisingly, what we’re watching turns out to be just as much a character study as it is a traditional story.

But there’s a loose plot here, too: Gloria, a divorcee and mother of two, loves to dance and maintains a spontaneous spirit despite a rather drab middle-aged life. She has two adult children, Peter (Michael Cera) and Anne (Caren Pistorius), who have their own lives outside of Gloria’s influence and seem little more than bemused and a little annoyed at her attempts to ingratiate herself. Gloria occasionally dances with men at nightclubs, but she doesn’t have a real connection with anyone until she meets Arnold (John Turturro), a schlubby man who’s been recently divorced himself.

The plot is obvious enough and relatable — Gloria and Arnold both express a familiar sense of desperation when it comes to love and companionship — but the most potent elements of the film are those that remain left unsaid or unexpressed. As in 2018’s A Fantastic Woman, Lelio sometimes leans towards the whimsical in the face of turmoil, as if Gloria’s plights are somehow magical despite being utterly mundane. The excellent score punctuates this, with simple orchestral flourishes accompanying Gloria’s various movements and realizations. It’s as though she’s being subtly nudged by the stubborn will to go on. And yet the film is frequently dour and cynical, as in Lelio’s last film, Disobedience (2018), which chronicled a forbidden lesbian affair in an Orthodox Jewish neighborhood of London. Although Gloria Bell doesn’t share that film’s muted, grey coloration, there’s definitely a depressive quality to Gloria’s private moments, especially as the disappointments pile up.

For better or for worse, it’s those private moments, rather than any specific plot points, that leave the lasting impression. The film is formally simple, but deceptively so; it’s the characters’ internal journeys, their betrayals, their strength and their cowardice that shine through, ever so quietly, from the margins. Despite an uber-talented cast, one could reasonably argue that Lelio’s characters are too unremarkable or loosely drawn to leave much of an impression. Even Gloria herself is hardly that interesting on paper — she works in insurance, lives alone, and mostly goes with the flow. But her kids, friends, and even Arnold are even less commanding, adrift and paralyzed by fear as they are. They’re almost off-puttingly withdrawn, even if Lelio’s camera and cinematographer Natasha Braier’s photography briefly and sneakily manage to find something compelling within. On the other hand, however, is the equally strong argument that filmmaking and storytelling aren’t necessarily beholden to riveting characters with extraordinary lives, and that mundanity and reality are worthy subjects in their own right.

In the mind of this reviewer, both arguments have their merits. Although Turturro nails Arnold’s ineffectuality, the character’s sniveling raises red flagsearly on. One wonders why the radiant, auburn-haired Gloria would waste her time on him, especially considering her striking beauty (older women occasionally ask her, with barely concealed jealousy, if she’s ever had “work done”). But just as apparent is Gloria’s answer — she’s lonely and human, after all. He takes her to the amusement park he owns and teaches her how to shoot a paintball gun (hint: foreshadowing), and the scene has the familiar glowing setup of many a romantic comedy. He listens to her and understands her, attuned to the harsh realities of divorce and lost love. But he’s also immature and petulant, leaving a party at Peter’s house just because of mild comments made by Gloria’s odd ex-husband (Brad Garrett), and his unreliability leaves a larger mark than any of his temporary charms. 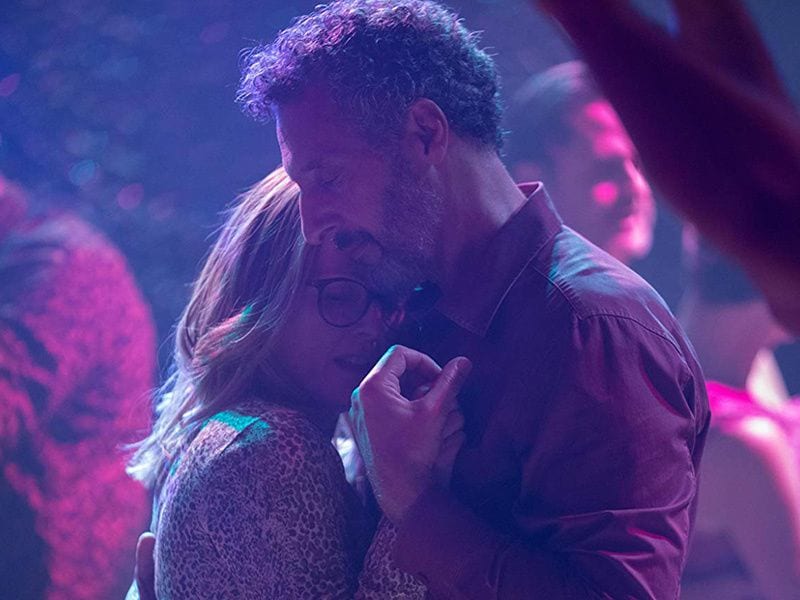 Still, Arnold’s inaction — his inability to fully move on from life with his ex-wife and loser daughters — is, ironically, the catalyst to Gloria’s search for true freedom. Like the routinely disappointing world around her, Arnold came into her bed full of promise, only to have his blemishes revealed next day in the morning light. Gloria Bell doesn’t dole out miseries to the same extent of the Coen brothers’ 2009 film, A Serious Man, but her travails do seem fated in some ways, as if by completing them she’s unlocked the ticket to a more roundly satisfying middle-aged life. If this sentiment seems simplistic (and, given Gloria’s frequent missteps and moments of weakness, unachievable), it’s because the film prizes the journey such idealism creates rather than a mythical “perfect ending.” To Lelio, and to Gloria, life will always be unfair and disappointing. Fighting for a better life, however futile, is a means of maintaining a baseline sanity.

Like all of us, Gloria is surrounded by both the soul-crushing boredoms and the tumultuousness of modern life, and Lelio’s greatest strength as a director is in expertly straddling the thin line between beauty and pain. The script, unfortunately, is less successful on this front, despite moments of laugh-out-loud mordant humor and poignant sincerity. It can be difficult, however, to keep track of the film’s perspective simply because its scenes so often jar between comedy and drama.

Mostly, though, the tonal shifts accurately mirror the real, hypocritical world we live in. Gloria’s wishy-washiness with Arnold is maddening, to be sure, but it’s also familiar. Who hasn’t made bad long-term choices in pursuit of short-term pleasures? It’s on this front that Lelio and Moore make their bravest statement toward the nature of humanity. We can live and learn, but we’ll never be perfect. We might not even be all that interesting. 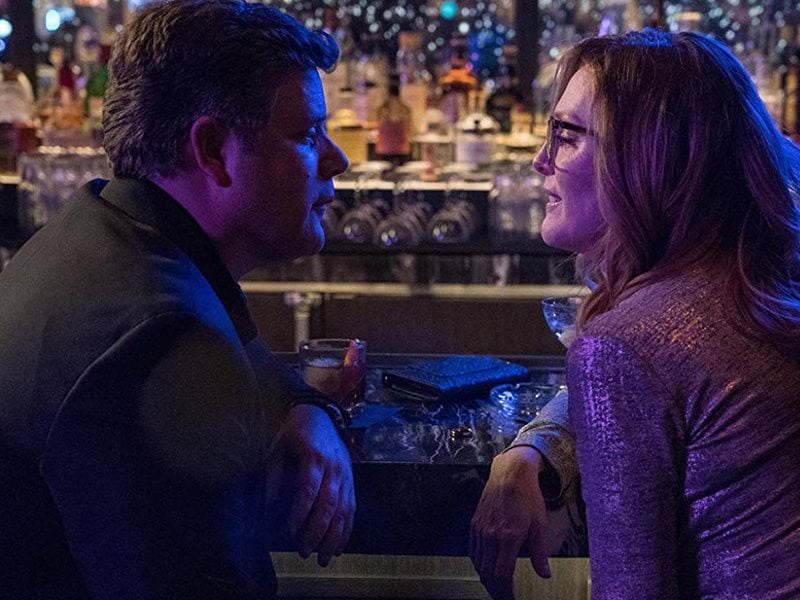