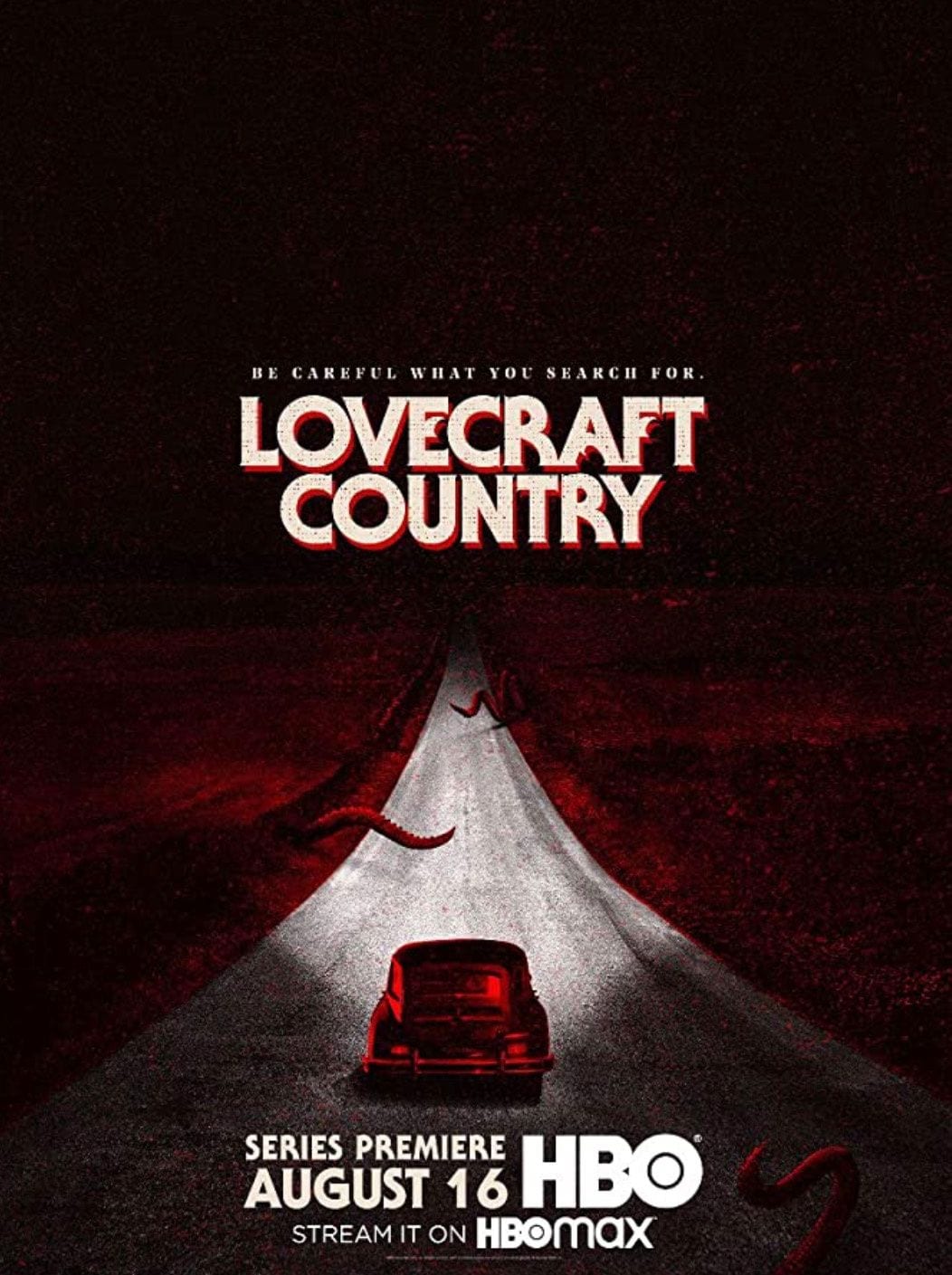 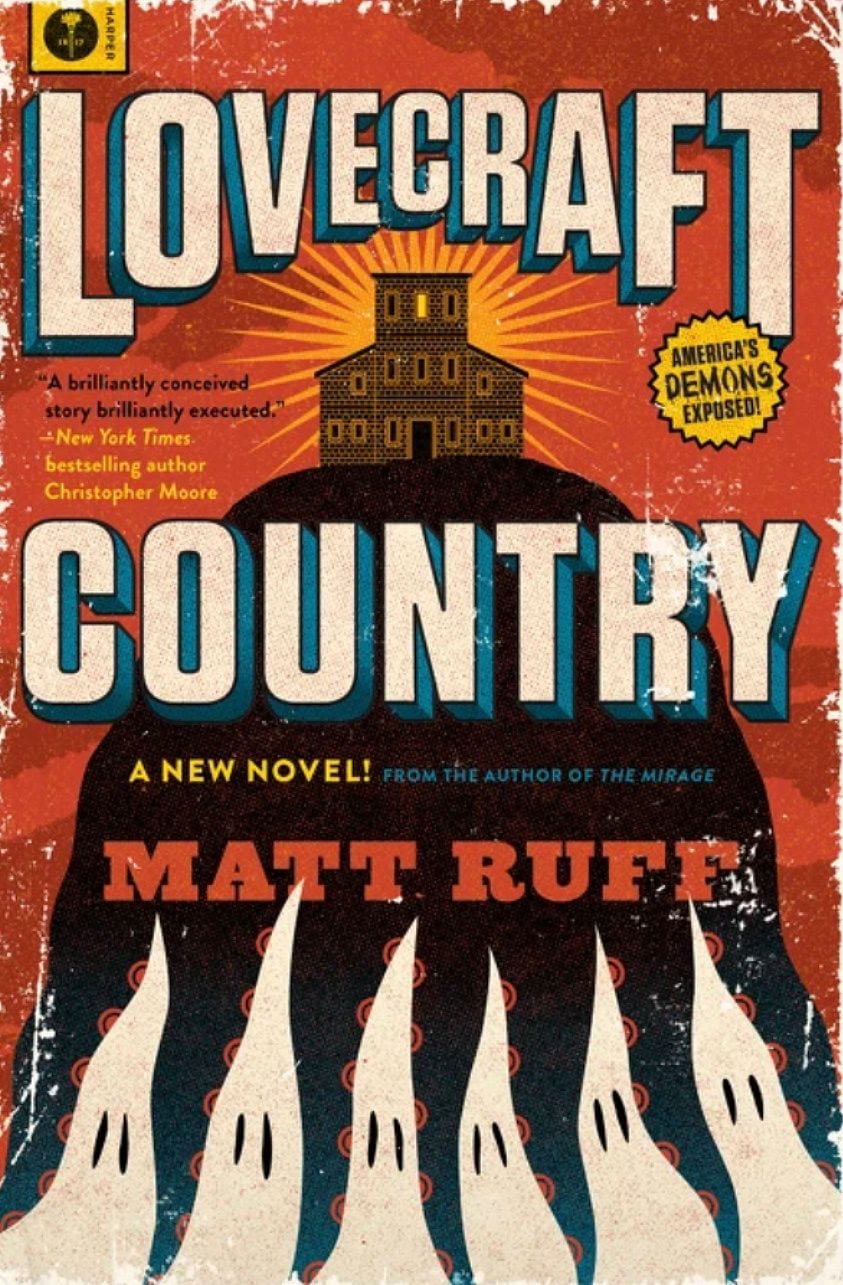 When Watchmen premiered last fall, its opening sequence set during the Tulsa Race Massacre of 1921 provided a harrowing entry point into the series’ tangled alternate history. Based on interviews with the makers and a swath of social media reactions, it was the first time many Americans had ever heard of one of the darkest moments in their nation’s history. It’s obscene that it took a spinoff series from a decades-old graphic novel to teach many Americans about the Tulsa Race Massacre no offense, Lindelof, HBO, et al). Basic education should have already done that. But the first episode of Watchmen, aired in October 2019, will likely be seen years from now as a textbook example of how genre fiction can educate in unexpected ways.

HBO’s latest entry in the suddenly overcrowded field of televisual fantastic fiction, Lovecraft Country, also uses inspirations drawn from the less reputable corners of literature as a means of illuminating somewhat obscured racial aspects of American history. Based on Matt Ruff‘s 2016 novel, it keeps one foot planted firmly in the real (Black characters trying to make their way in segregated 1950s Chicago) and another dipping into various pools of the unreal (sorcerers, Lovecraftian beasts, haunted houses). The combination makes sense more than it should, at least at first. That’s largely because while head writer Misha Green (Underground) is exquisitely aware of the ways race factors into nearly every aspect of its characters’ lives, she doesn’t allow that to define them entirely.

The show announces its intention to be a cross-genre hopscotcher right away. Young American soldier Atticus Black (Jonathan Majors) is charging across No Man’s Land and leaping into trenches, shooting and bayoneting every enemy he sees. Only, what war is this? This looks like trench warfare, yet his uniform says World War II. Then the camera pulls back and we see the full battlefield. With its Martian war machines, UFOs, tentacled beasts, and what looks like Roman legionnaires, it’s like the over-stimulated dreamscape of your average sci-fi-besotted mid-century American boy.

Only when Atticus wakes up, he’s on a bus crawling through the south, having dozed off while reading Burroughs’ A Princess of Mars. Not long after that, he’s walking down a country road with a woman who was the only other Black passenger, neither of them allowed to catch a ride in a truck after the bus breaks down.

A Korean War veteran, Atticus is heading home to Chicago to find out why his father Montrose (Michael Kenneth Williams) up and disappeared. When he and his uncle George (Courtney B. Vance) head east to Ardham, Massachusetts, the show looks like its plugging into a metafictional live wire. The very name of the town is a play on the invented town of Arkham, where so many terrors were placed by H.P. Lovecraft. (Lovecraft gets a complicated call-out here, with both George and Atticus geeking out over the connection while still commenting on Lovecraft’s infamous white supremacy). Before they even get to Ardham’s spooky mansion filled with old sorcerers chanting spells to call forth forces from the great beyond, however, George, Atticus, and Letitia (Jurnee Smollett as Atticus’s childhood crush now all grown up and catching a ride) have to contend with more workaday evils.

By situating its take on racism not in the South but the purportedly more liberated North, Lovecraft Country makes white supremacy feel even more insidious. Taking away the trappings of cinematic Jim Crow and all those drawling squint-eyed sheriffs helps embed the issue of the color barrier in every aspect of these characters’ lives and make it just one more danger to avoid. Whether it’s a “sundown county” in Massachusetts, a Midwestern somewhere diner once listed in the Safe Negro’s Travel Guide (a nod to The Negro Motorist Green Book, which George edits), or a northside Chicago neighborhood that welcomes new black neighbors with a burning cross, the North is a racial minefield.

Green and co-creator Jordan Peele show a deft hand when it comes to this kind of everyday texturing. It’s seen in the supply list George keeps (food, mattress, gun) for any out-of-town driving that could involve no Black-friendly businesses. It’s also seen in the intensity with which Letitia’s friend Ruby (the scene-stealing Wunmi Mosaku) dedicates herself to becoming the first Black floor clerk at Marshall Field’s. They also paint a loving portrait of a vibrant South Side Chicago, complete with some scorching numbers from Ruby as the head of a gutbucket electric blues band. The band keeps things off-kilter with everything from head-snappingly anachronistic music cues (Rihanna and Gil Scott-Heron to Nina Simone and The Jeffersons theme song). Green and Peele also cunningly deploy audio clips from Ntozake Shange and James Baldwin’s 1965 Cambridge debate with William F. Buckley (“I find myself, not for the first time, in the position of a kind of Jeremiah…”).

Unfortunately, Lovecraft Country is less sure of itself when pulling its varied influences and commentary into a unified story. The first five episodes were made available for screening, and the first two in particular are bumpy but crackling with energy. While Atticus soon discovers the whereabouts of Montrose, that quest is subsumed by a larger problem over the Braithwaite family. That would be the clan who own the spooky mansion in Ardham. They’re equipped with a scarifying roster of alchemical powers, not to mention some sorcery-endowed sports cars and slavering multi-eyed monsters that bite off people’s heads as easily as though they were munching a grape.

The Braithwaites, specifically sinister blondes Christina (Abbey Lee, mean-girl chic) and William (Jordan Patrick Smith, very Slytherin), have designs on Atticus and his friends and family. This eventually leads to more monsters, dimensions getting crossed, and eventually voodoo, Ouija boards, and pretty gruesome ends for some of those cross-burning northsiders.

In some ways, Lovecraft Country is a victim of its own ambitions. Emptying out a library’s worth of pulp references and using them to spelunk the darkness of postwar American white supremacy just before the dawn of the civil rights era makes for a heady brew. But the ideas don’t always play out successfully. Characters are put in the spotlight and then dropped, stories regularly run aground or fail to thread back into the central narrative. A subplot involving a Black character who discovers that drinking a potion will turn her White is rife with potential. But the moral complexities of her transformation (quickly discovering her power, she abuses it) are somewhat muddled by the show’s repetitive obsession with the physical terms of her bloody, bone-crunching transformation. There is something poetic happening here but it’s mangled rather than illuminated by the body horror.

There will be ten episodes in total. Maybe Green and Peele will wrestle this monster of a show into some kind of shape by then. They could cast the plots even further afield so that the simple resonant imagery of the first episode—George’s old wood station wagon cruising into a summery night heavy with magic and threat—was replaced by something strange, unearthly, and yet coruscating true. If Lovecraft Country fulfills its promise as that first Watchmen episode does _ it could help unerase yet more of America’s violent history.