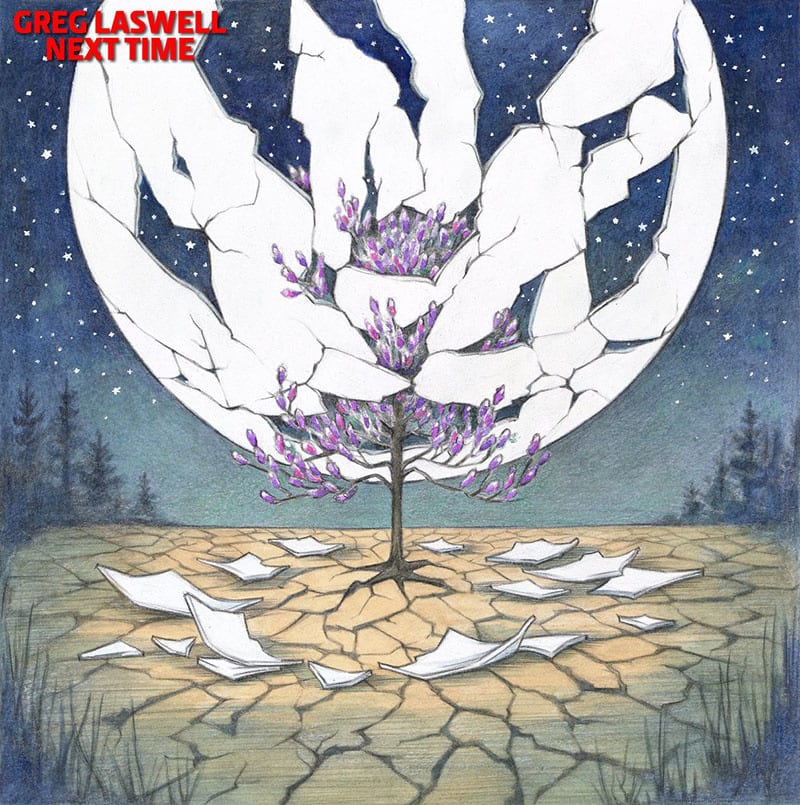 An artist takes a risk when they craft a project that reflects a deeply emotional perspective. The exposure of vulnerability can be terrifying, or it can create a semblance of wholeness. For Greg Laswell, it’s the latter. The singer-songwriter and multi-instrumentalist released his eighth studio album Next Time on September 21st. Much as his critically acclaimed album, Everyone Thinks I Dodged a Bullet, the new album was written, performed, and produced entirely by Laswell. Whereas the album’s music is comforting in its familiarity, it is the lyrics and songwriting that cause an exhilarating jolt. Laswell’s previous albums rang with heartsick melody, but the newest 11 tracks demarcate a type of introspection fueling forward momentum. Clearly, the turmoil evident from Everyone Thinks I Dodged a Bullet is still with Laswell. But this time there is a definite feeling of hope and emotional progression absent from preceding recordings.

The opening track, “Royal Empress“, unequivocally sets the album’s tone and cues listeners in to Laswell’s standpoint. The Royal Empress is a fast-growing deciduous tree that propagates through the roots. Due to its extensive root system and expeditious ability to multiply, the tree is considered either ornamental or invasive. Without a doubt, this duality is embodied by the track and the album as both feature elements of wistfulness and hope. “Royal Empress” lyrically expresses a balance as he sings “And we all thought everyone was gonna make it out / We all walked around in the yard / And everyone was gonna make it out.” The past tense demonstrates the perspective of someone who is recalling a moment of optimism even though the outcome was not nearly as favorable. For Laswell, the song represents the difficult and circumlocutory world of addiction and the hope that sobriety brings a new life instead of death. This is where Laswell’s album verges from his standard oeuvre as Next Time feels more personal and autobiographical.

Indeed, Next Time brims with introspective imagery. “Choice in the Matter” fearlessly reveals “I swear I was doing fine / With that part of me that died” while the repetition of the lyric “what do I know”, from the track of the same name, echoes a similar sense of calamity. Laswell flawlessly demonstrates that progression is not linear, and moments of setback and self-scrutiny do not always reveal the truth. When he sings, “Does anyone know where the new guy went? / He kicked down the front door and took off again,” he demonstrates the standpoint from which he can recognize himself now but is still regretful. Thinking back to “Royal Empress”, perhaps rapid emotional growth thrust him into a completely unknown mindset.

But Next Time exhibits the attainability of arriving at a place of emotional stillness and peace. The track “I Will Not Resign” is clear in its message to “Keep your head up / Keep your head up along the way / Keep your head up.” Likewise, in “Do Better” he merges on revival when he asks “Don’t you believe we can do better?” At times echoing the ruminations of an intimate diary, Next Time is more open and vulnerable than his previous releases that often felt distanced.

There is a universality to Next Time and at no point does Laswell seem narcissistic or self-centered. Rather, the themes of redemption, frustration with progress, or the clarity of introspection are conspicuous in their commonality. The opening refrain for “Super Moon” reflects the desire for self-redemption, “I think I might hate you / How can that be true? / Like a photograph of a supermoon / Never holds up to the ones I show it to / And I guess that I hate that, too.” Much as an actual super moon, the track reveals the necessity of illumination as a method to lift shadows and discover the hidden.

Next Time is Laswell’s most accomplished album to date. With crystalline vocals and emotive musicality, the album captures the junction of growth and despair. Ultimately, Laswell’s march towards peace and resilience is entrancing. Perhaps one doesn’t have to wait for the ‘next time’ to find the emotional assuagement Laswell seeks.