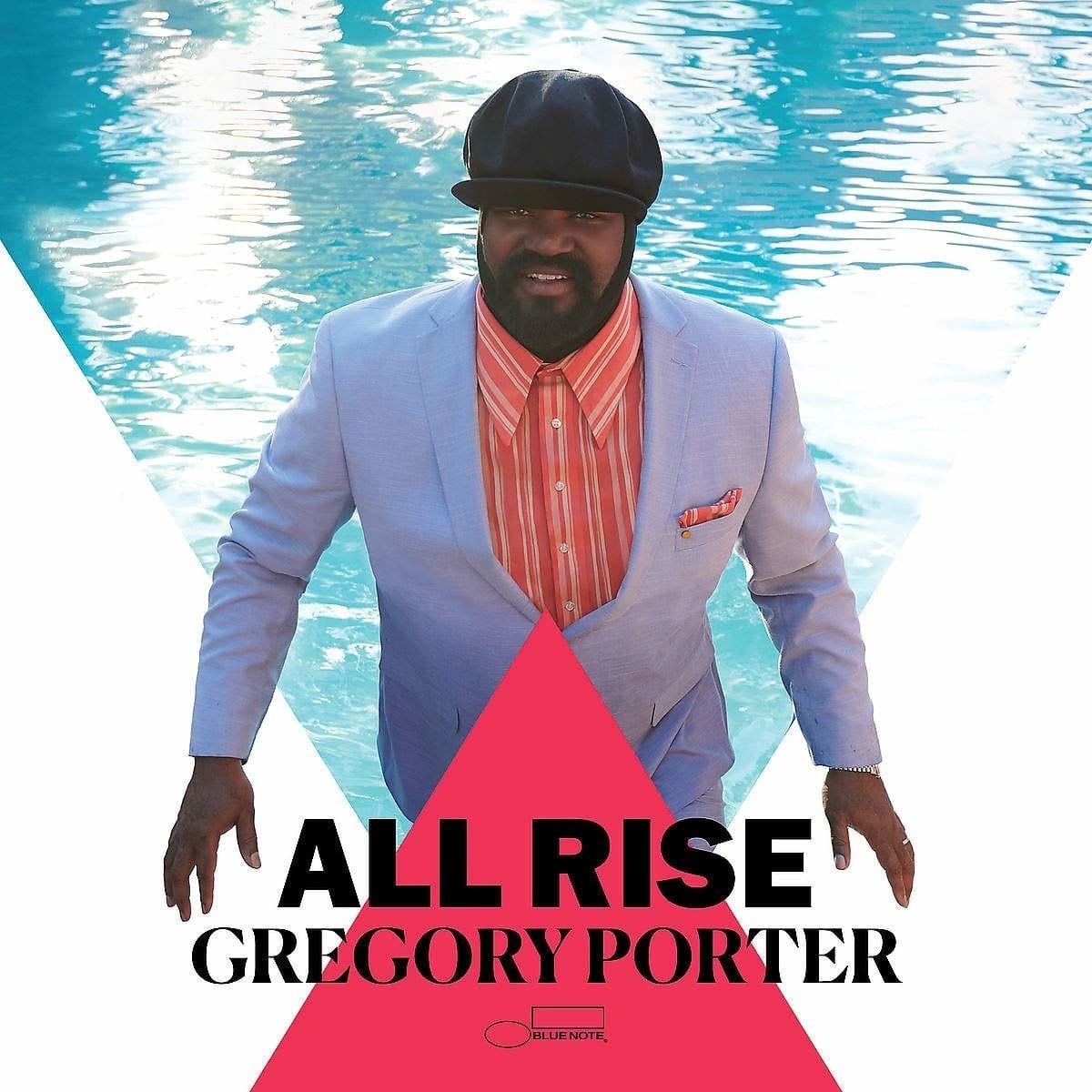 Gregory Porter is no less than an icon in the world of contemporary jazz. His accolades are numerous and towering – multiple Grammy nominations and awards, the bestselling contemporary jazz artist in the world with over three million records sold, and a premier position on the historic jazz music label Blue Note Records. His sixth studio album All Rise — the first record of original material since his 2016 grammy winner Take Me to the Alley — was scheduled to be released on 17 April, but due to the COVID-19 pandemic it was pushed back until 28 August 2020. While I wish Porter had gone ahead and released the album as a quarantine treat, any person who can create a gem like this has the right to make the masses wait.

As a listener, it feels like Porter is engaging in the proper noblesse oblige by gifting us the privilege of hearing his gorgeous voice. All Rise is my introduction to Porter, and it truly is a synesthetic experience. If I close my eyes, it feels as if I am being wafted into the air by the nimble yet robust winds of his vocals. And once I am in the vastness of the sky, I can smell the eggs, bacon, and biscuits being whipped up by my mom on a Sunday morning before church service. One of the many standout tracks for me is “Long List of Troubles”, where Porter pulls his signature genre-bending routine, a classic blues electric guitar paired with jazz horns and gospel organs. Making explicit reference to the legendary artist Muddy Waters, the song is a stunning ode to the Father of Chicago blues. Porter’s vocals are sure, clear, and filled with the gravitas of a storyteller who knows how to economize his words and let the sonics communicate the depth of his experiences.

All Rise represents the forefront of the evolution of contemporary jazz. Clocking in at just over 73 minutes (61 on the standard version), Porter makes apt use of “his longtime loyal bandmates, a handpicked horn section, a 10-member choir, and the London Symphony Orchestra Strings“. While the sounds vary throughout the album, the songs share a lush, soothing, self-assured energy, whether Porter is singing about flying with “wings like an eagle” from God’s grace on the high-energy gospel anthem “Revival”, or potentially becoming a foolish martyr to an illusory love on “If Love is Overrated”.

The album has a sort of ingrained humility that matches Porter’s lyrical persona. It does not feel as if Porter is hiding any of his talents from the audience, but at the same time, he never seems to be self-indulgent. “Everything You Touch Is Gold” is quite the clever ode to a loved one that puts a subtle spin on the adage from King Midas who turned everything that he touched into gold. Porter’s diction creates a more open-ended phrase than the traditional “everything you touch turns to gold”. Did his lover turn his soul into gold, or was it already so, just waiting for her graceful presence to complement it?

Love is certainly a major theme. On an album full of layered production and performances, Porter crafts tender sonic scenes of intimacy. These bold serenades make full use of his orchestral backing. In the operatic opening to “Modern Day Apprentice”, where Porter smoothly sings about his disciplined dedication to a romantic interest on the shortest song on the album (clocking in at under three minutes), we find a clear articulation of Porter’s philosophy of love. Love is never too sure of itself, always open to possibility, full of potential wonder even as it exacts a toll in time and energy that never seems to wear Porter out. Wherever you are in life, one listen to the aural run on my favorite track “Phoenix” will invigorate your spirit and have you ready to emerge into the world with a renewed aura.

Interestingly, on the deluxe album, Porter places the two bonus tracks “You Can Join My Band” and “Real Truth” before rather than after the closer “Thank You”. In allowing his rollicking baritone a bit of a reprieve from its myriad vocal gymnastics earlier in the album, the end tail-end of All Rise leans into the talents of his band and choir to finish on a gospel-inflected high. This album is truly a masterpiece that effortlessly takes contemporary jazz to its horizon of perfection. Porter hosts a podcast The Hang, where he, on an episode with fellow jazz mastermind Kamasi Washington, discusses everything from their southern Californian upbringing to the international music scene. Porter was a preacher’s kid who got his start singing to people on the streets who came to his church.

I’m sure that Porter’s music could be described as light, universal fanfare, but it contains more gravitas than that. There is studied wisdom, a graceful sagaciousness that accompanies the tracks. All Rise is another diamond in Porter’s catalog of precious gems.