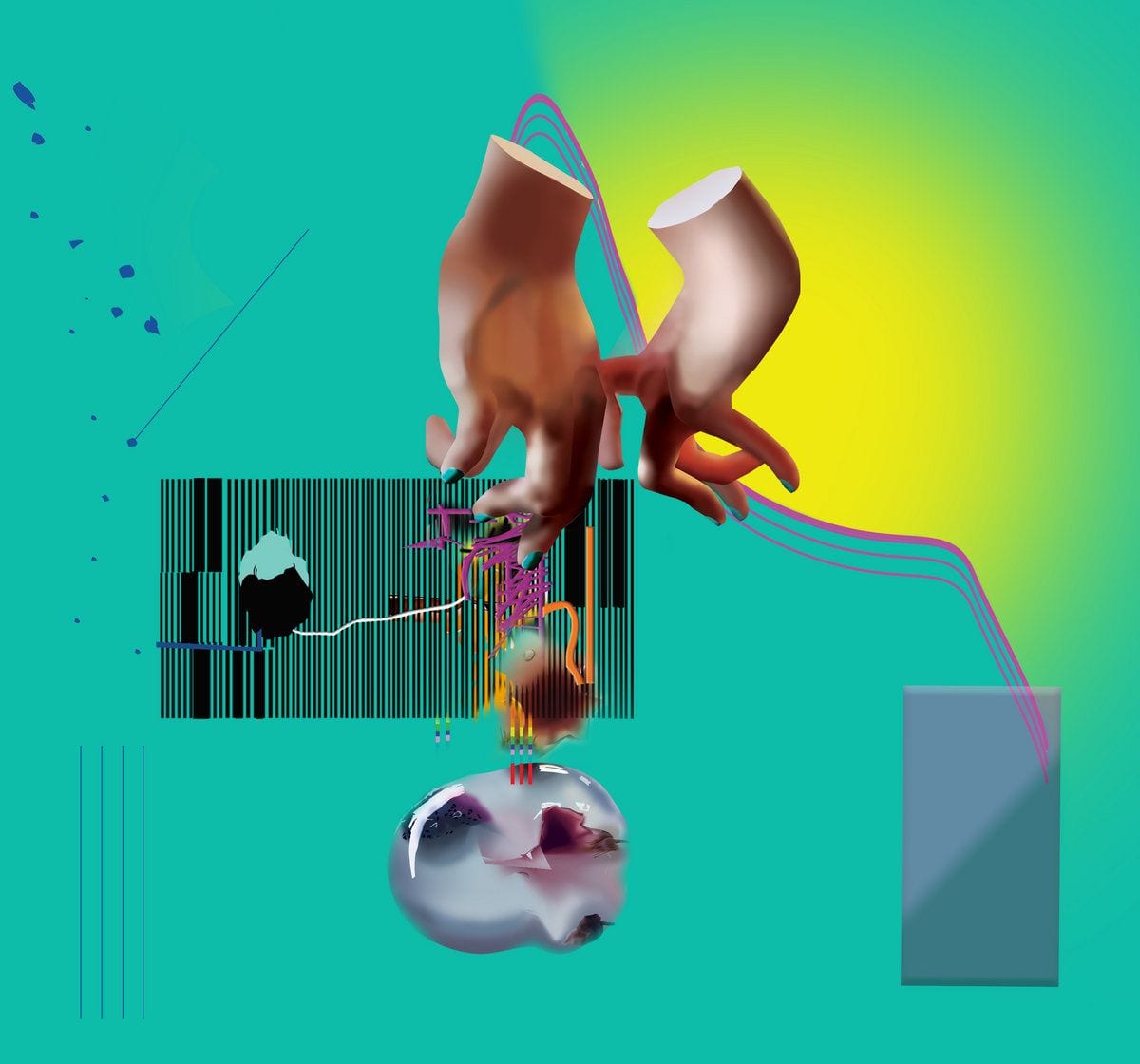 Electronic music has its share of detractors, and many of them complain that the format is overly cold and clinical. Some composers, like GS Sultan, are the antithesis of this thinking. While his music is based on synthesizers, MIDI, and generative digital sequencers, it’s tempered with an inviting warmth that can even make you forget you’re listening to computer programming. This has never been more true than with the release of his latest album, Music for a Living Water.

GS Sultan, the moniker of Los Angeles-based artist Roy Werner, has been crafting his unique brand of wobbly, synthetic weirdness over the course of several albums — including Jeremy, Qeba, and Redundancy Suite — on a variety of labels. However, the Ohio-based Orange Milk Records seems to be a fitting home for his lovingly oddball works. With Music for a Living Water, Werner has made an electronic album devoted to liquid. Of course, it would be too on-the-nose to include samples of streams, waterfalls, and crashing ocean waves on every track. Werner prefers to pay tribute in subtler ways; the tracks include sounds that lend themselves to sustained notes that create something of a gentle flow.

Make no mistake, while the music has calming accessibility, Werner isn’t above incorporating sounds that can seem initially jarring or out-of-place. But it’s like dipping your body into a swimming pool or ocean. Eventually, you’ll get used to the temperature and won’t want to get out. “Expression Vael”, the album’s calming opener, does, in fact, include a sample of a water stream running through the track, with the addition of what sounds like birds flitting above the water’s surface. A calming mallet percussion melody dances over ethereal synth chords, creating one of the album’s more ambient moments, even when disembodied vocalizing makes its first of several appearances.

Despite the calming, ambient vibe of much of the album, Werner offers up plenty of rough edges, such as on “Nightblind in Two Steps”, which marries odd, idiosyncratic, and difficult-to-decipher narration with percussive twitches. “Pomello Serape” stumbles along an unusually metered tempo as distant, soulful vocals and handclaps break through the surface. The effect is unsettling in that the sounds may be familiar in separate musical contexts, but combined in one track, they seem like fragments of many different dreams.

Werner often combines a sparse sonic palette with comforting samples, such as on the gorgeous “Ulloa”. The sound of passing cars throughout the track reminds the listener of the real world, but the gentle keyboard melody is tempered with static squelches that seem alien and somewhat foreboding. There’s also more indecipherable narration, but it’s delivered in a calming manner that seems to suggest a reassuring guide through the music’s complex and unfamiliar maze.

Closing out the album is “Melody for Sleepdog”, which includes a mesmerizing kalimba melody that competes with a sample of what sounds like static searching for a signal. A variety of vocal lines are added, and eventually, Werner has created a unique combination of sounds that may seem incompatible and idiosyncratic when described. But, strangely enough, it works. That’s the trick Roy Werner, aka GS Sultan, has pulled off all over this weird, warm, utterly beguiling album: he’s combined a positively insane mix of samples, patches, and melodies and managed to sculpt it into a remarkably consistent and oddly lovable collection of songs.