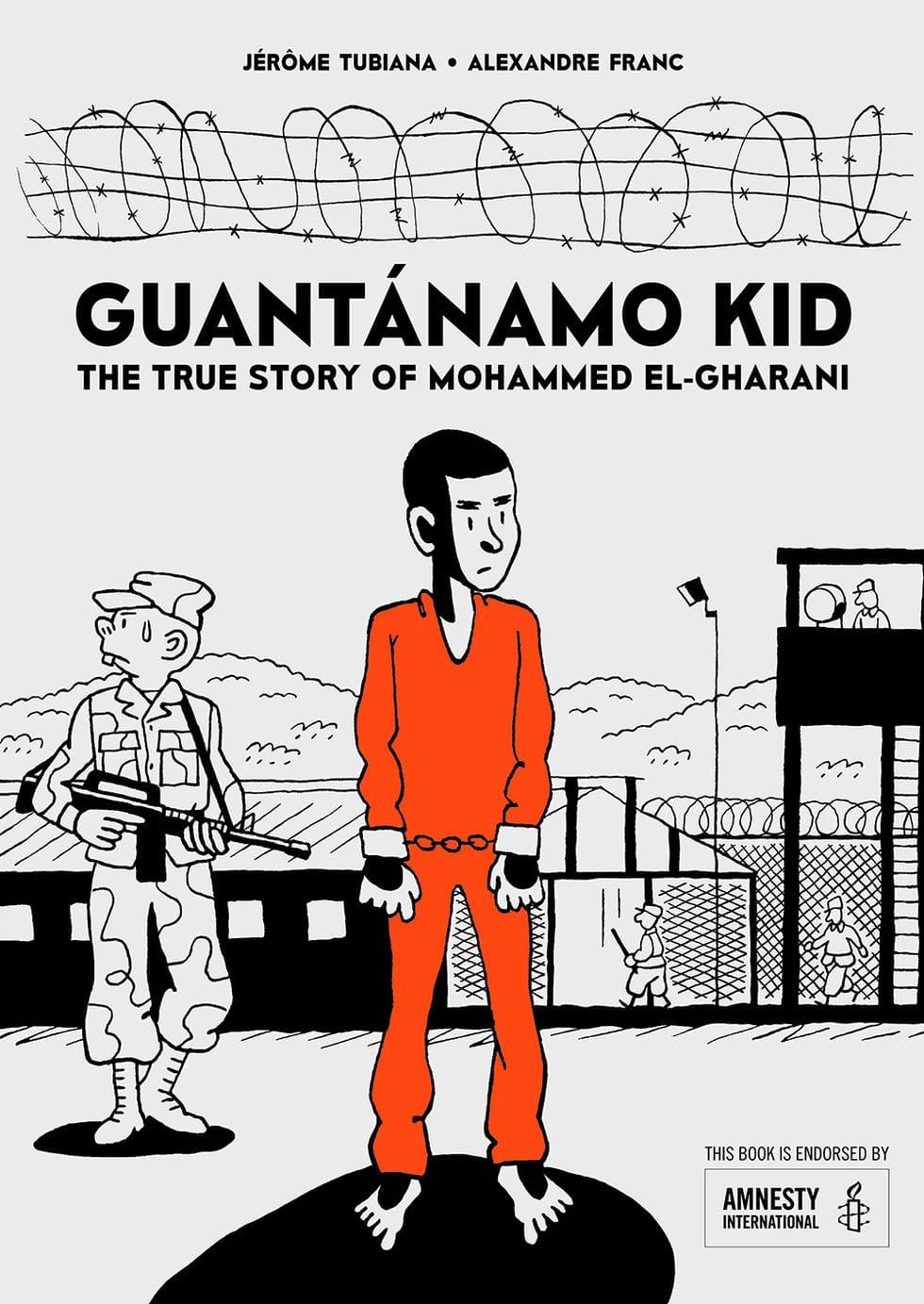 Imagine a 14-year-old boy—maybe your own son, maybe a neighbor kid. Now imagine that this child is arrested while attending religious services, interrogated and tortured, and eventually sold to a foreign power who imprisons him (with further interrogation, torture, and abuse) for more than seven years, all without any real effort to get to the bottom of who he is and whether there is any truth to the charges against him. How well do you think he would fare under such treatment? My guess is, not very well at all. And how would you feel about a child being treated in this way? My guess is that you’d be seriously angry about it.

Well, that’s pretty much what happened to Mohammed El-Gharani, the subject of Guantánamo Kid: The True Story of Mohammed El-Gharani, a graphic novel written by Jérôme Tubiana and illustrated by Alexandre France. This work offers a fine example of the power that a single story has to reach people who may be only vaguely aware of an important geopolitical situation such as this. It’s one thing to hear about prisoners being held at the Guantánamo Bay Prison Camp in Cuba (according to The Intercept, 40 prisoners were still being held there as of March 2019), and another to learn the story of just one of those prisoners. It can be easy to dismiss the prisoners as “terrorists”, but it’s impossible to dismiss the story of Mohammed El-Gharani.

El-Gharani’s family emigrated from Chad to Saudi Arabia, where the family faced discrimination in employment and education; as a result, El-Gharani began working as a street peddler at a young age. He was offered the chance to study in Pakistan, which he managed with the help of a fake passport (since he didn’t have his family’s permission to leave the country and was too young to travel alone), a fact that would later be held against him by American authorities. 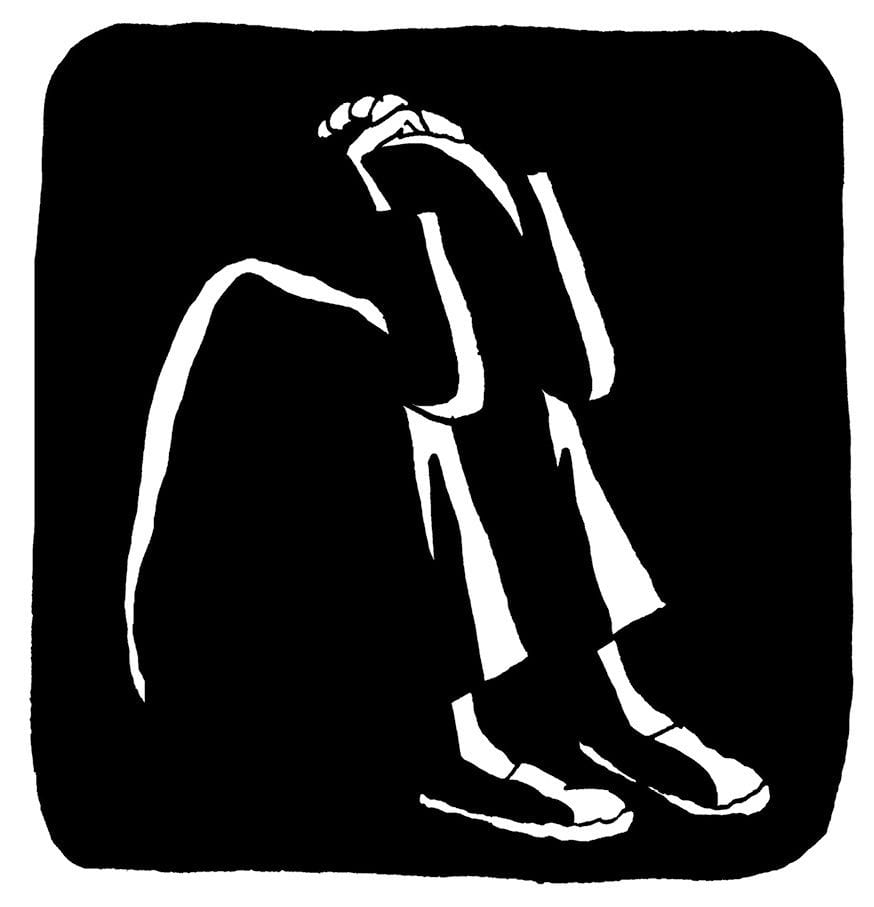 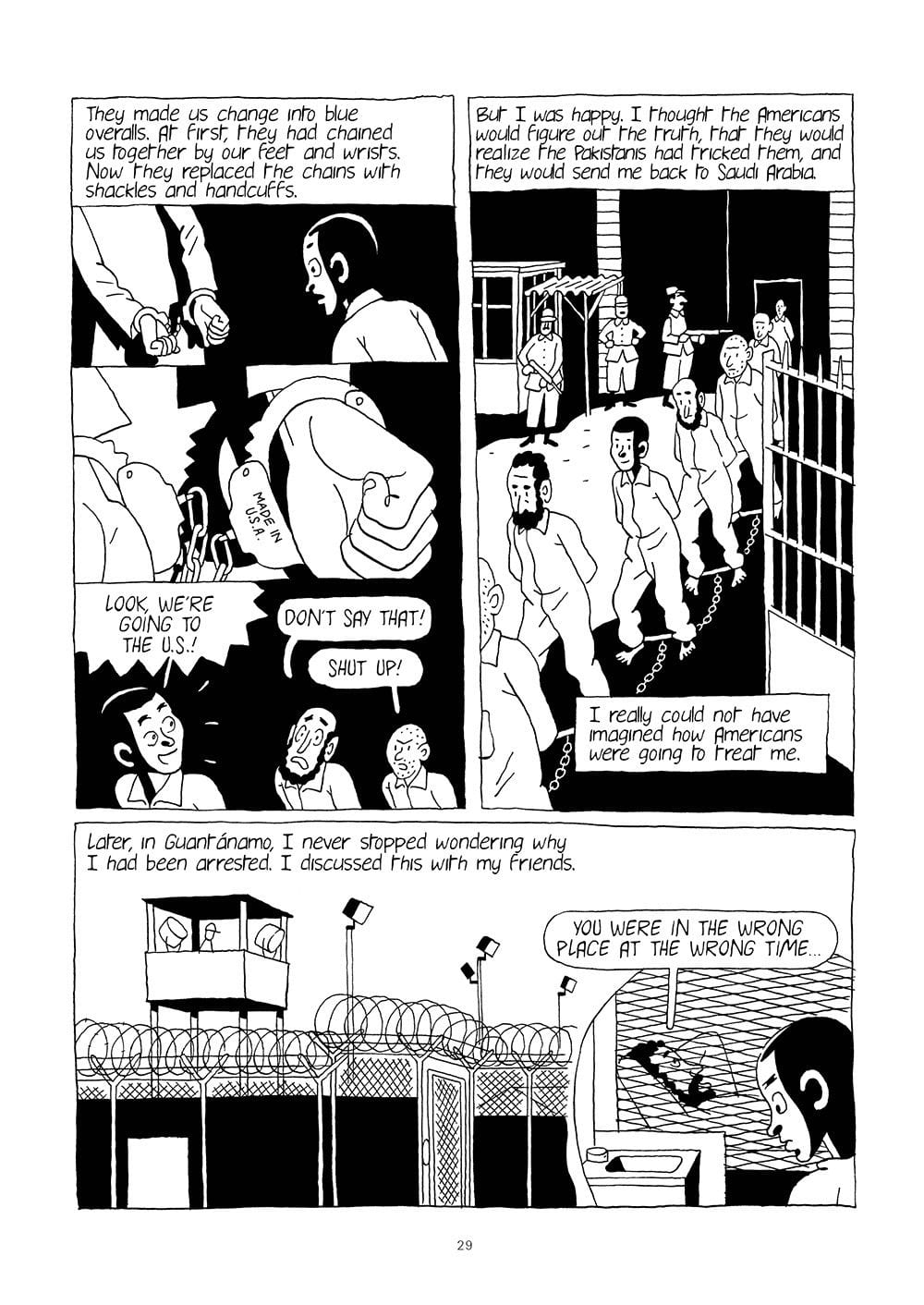 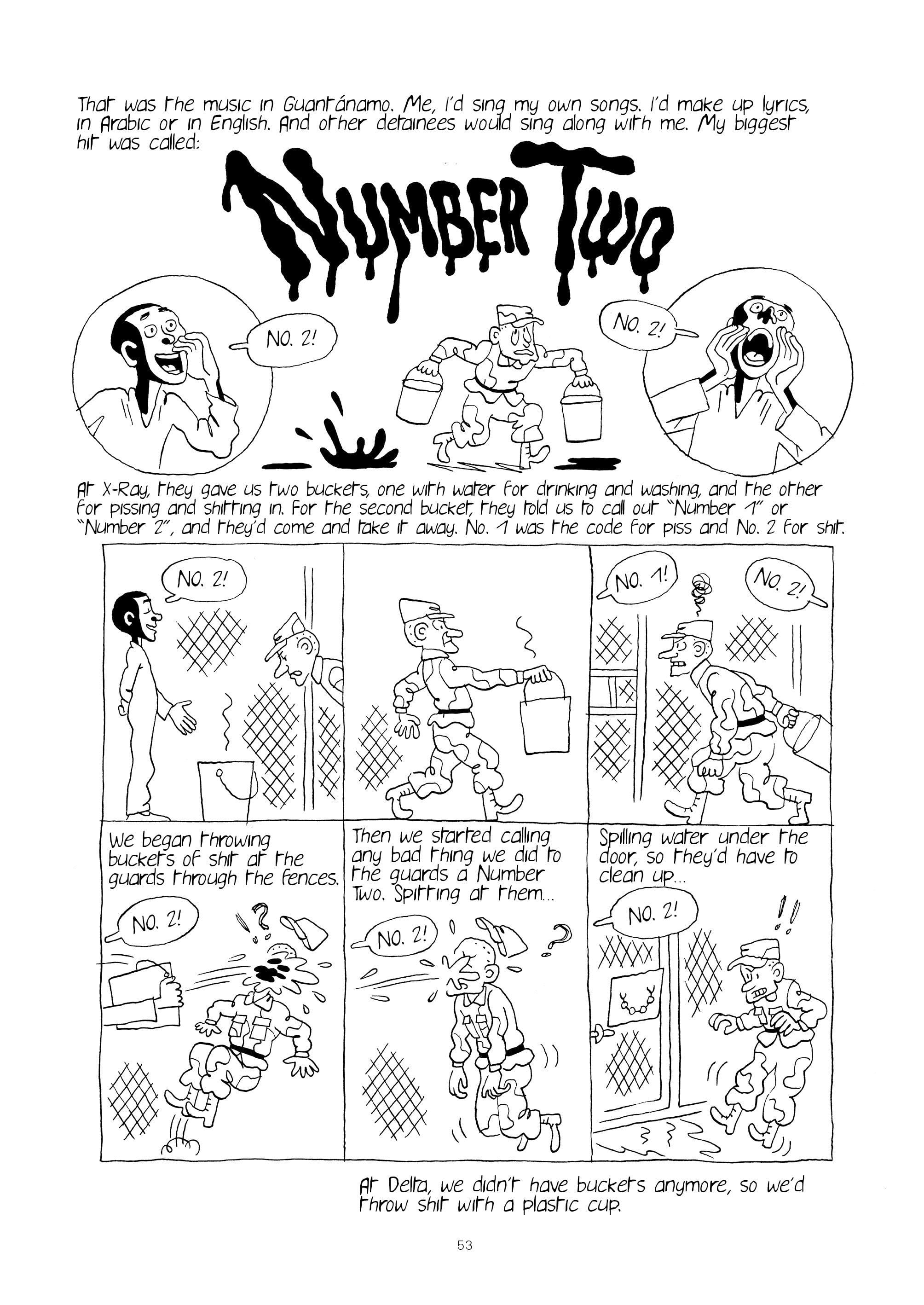 For a time, everything went as expected: El-Gharani lived with the uncle of a friend, studied English and computer science, and intended to return to his family in Saudi Arabia after six months. Then came the fateful Friday when was arrested at a mosque due, he thinks, to his Saudi accent. He was tortured by the Pakistani police, interrogated, then tortured some more. When word came that he and his fellow prisoners would be sold to the Americans, he thought things were looking up—based on popular movies, he thought Americans were good people who believed in justice and that his innocence would quickly be established. He expected to be released while there and maybe he would even have the chance to study in America. The reality would prove quite different.

El-Gharani and a number of other prisoners were transferred to American custody, then moved first to an American base in Kandahar (Afghanistan), then to Guantánamo. Interrogation and torture were part of the prisoners’ daily existence, as well as more ordinary abuse like bad food, blacked-out windows, and deprivation of clothing and bedding (in the face of deliberately excessive air conditioning). They were trapped in a process in which no one was concerned with the truth and the only purpose of interrogations was to force confessions. For example, El-Gharani’s birth certificate, which would have demonstrated that he was a juvenile, was readily available yet never requested by the Americans.

Given such a no-win situation, it was not surprising that some of the prisoners found ways to get back at the guards—spitting and throwing feces at them being two of the more popular methods. El-Gharani became a leader among the prisoners, finding one way after another to resist (one of the most important—to always appear happy, even after an interrogation, to let the guards know that they can’t win). He also came to realize the truth of the expression “People are like the fingers of a hand. They’re not all the same” and to recognize that while some guards enjoyed being brutal, they weren’t all equally bad. 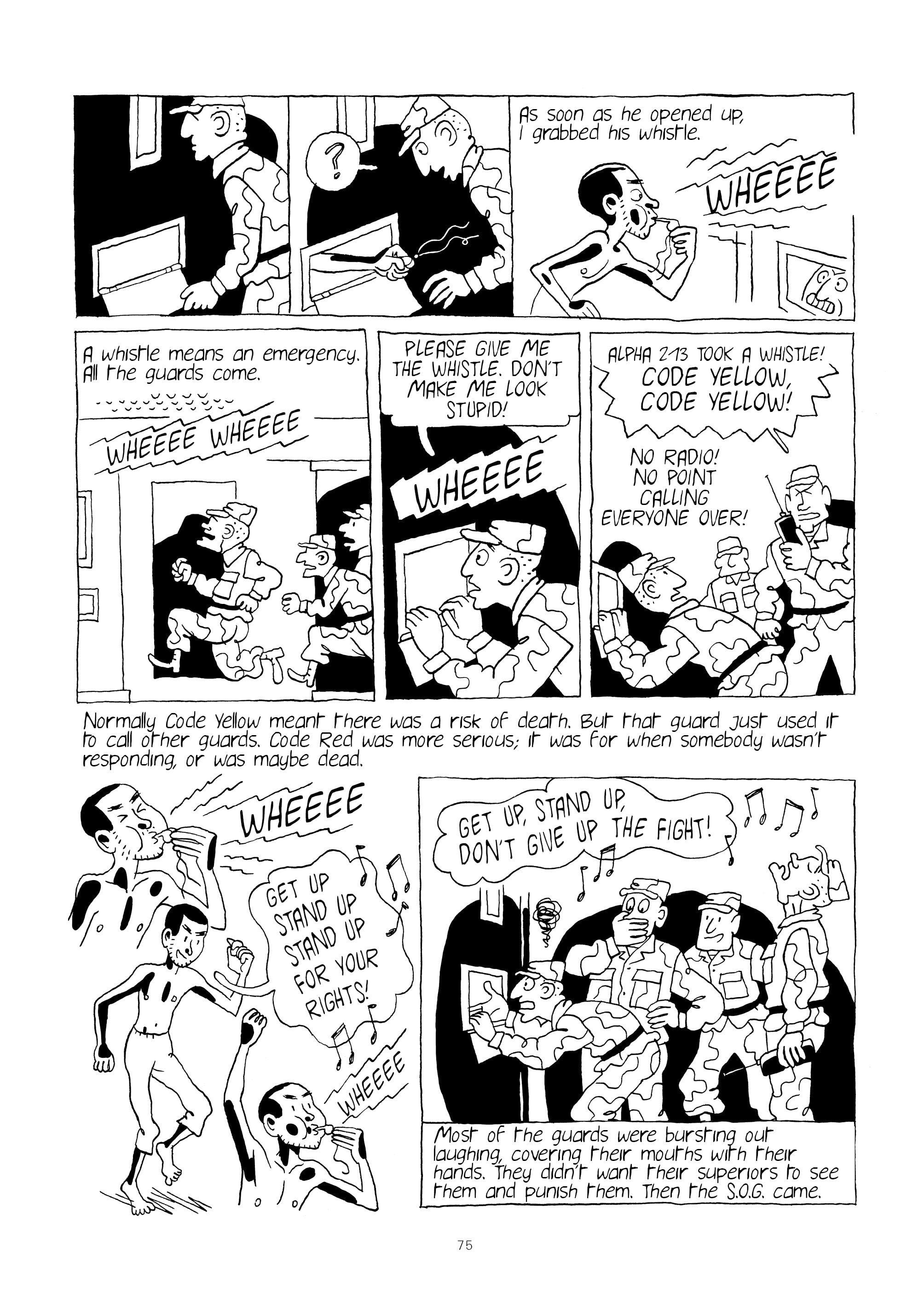 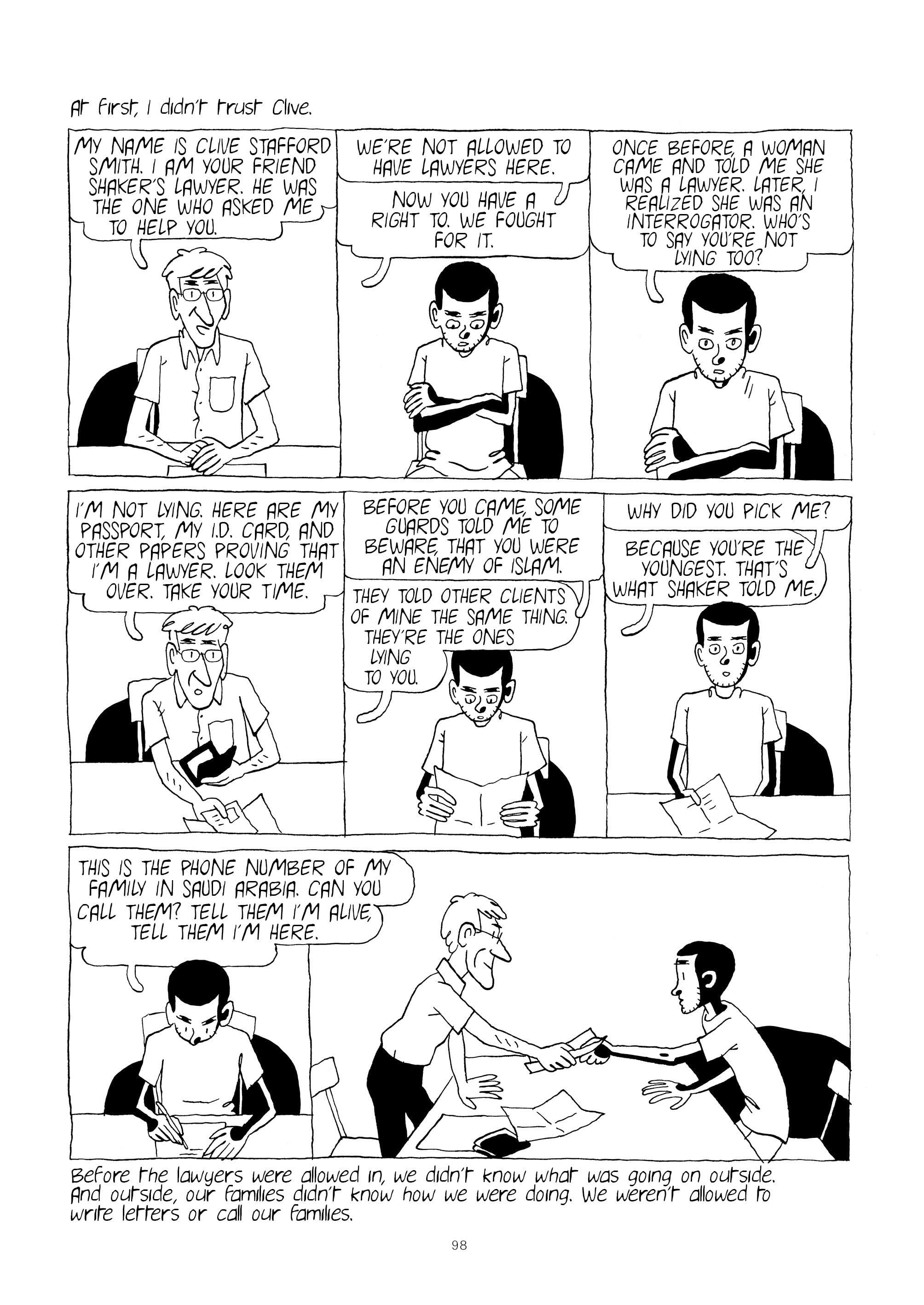 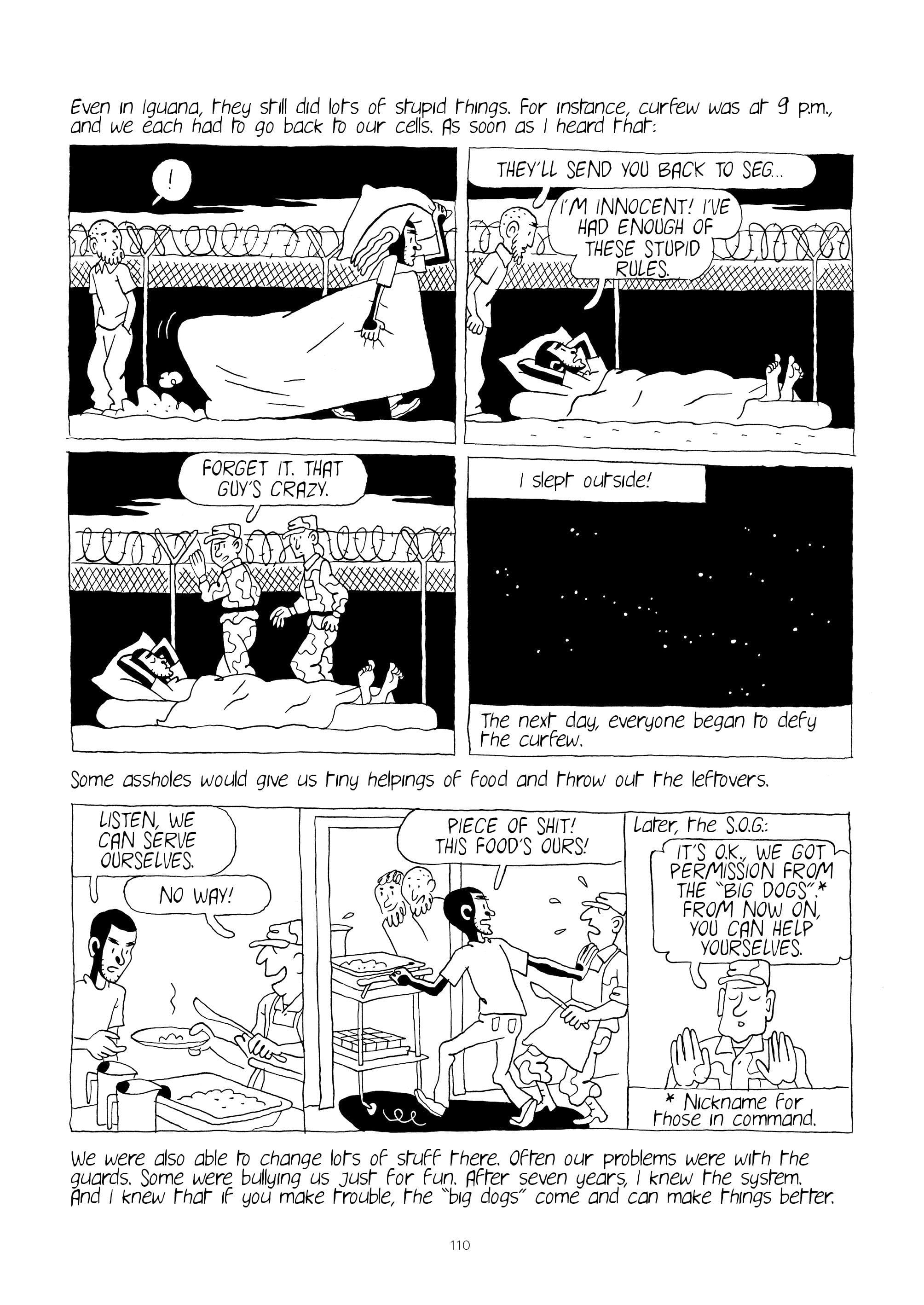 He formed a particular bond with an African America guard who shared with him his experiences living as a black person in the United States, while El-Gharani told him about Islam, in return. In a move that could have gotten the guard fired, he brought snacks to El-Gharani in his cell; he also brought him a copy of the S.O.P. (the manual of Standard Operating Procedures), so that El-Gharani could know exactly when the military was violating its own rules; for example, cooperative prisoners were not supposed to be teargassed, but regularly were.

Since we’re hearing his story, you’ve probably guessed that El-Gharani was released—in fact, the judge presiding over his trial noted that not only was the government’s case implausible (how could a child from an extremely poor Saudi family have been part of a London cell?), it was based entirely on the testimony of two other prisoners at Guantánamo, with zero corroborating evidence offered in support. Eventually, he was released to Chad, a completely unfamiliar country, because Saudi Arabia did not consider him a citizen. More hardships followed, mixed with freedoms, but El-Gharani remained remarkably resilient and positive through it all, dwelling not on the many injustices already suffered, but looking to the future and how he could “make my life better where I am. It is what it is.”

Tubiana tells El-Gharani’s story simply and eloquently, based on a number of sources (listed at the back of the book), while an appendix continues El-Gharani’s story to the present. Franc’s clean illustrations, in pure black and white, are realistic enough that the reader can differentiate among characters and situations and to gain a clearer idea of the conditions El-Gharani faced, yet not so detailed as to be distracting. Together, Tubiana and Franc have created a powerful book that brings attention to the humanity of people who are accused as terrorists and relays the importance of what happens to such people in these times.