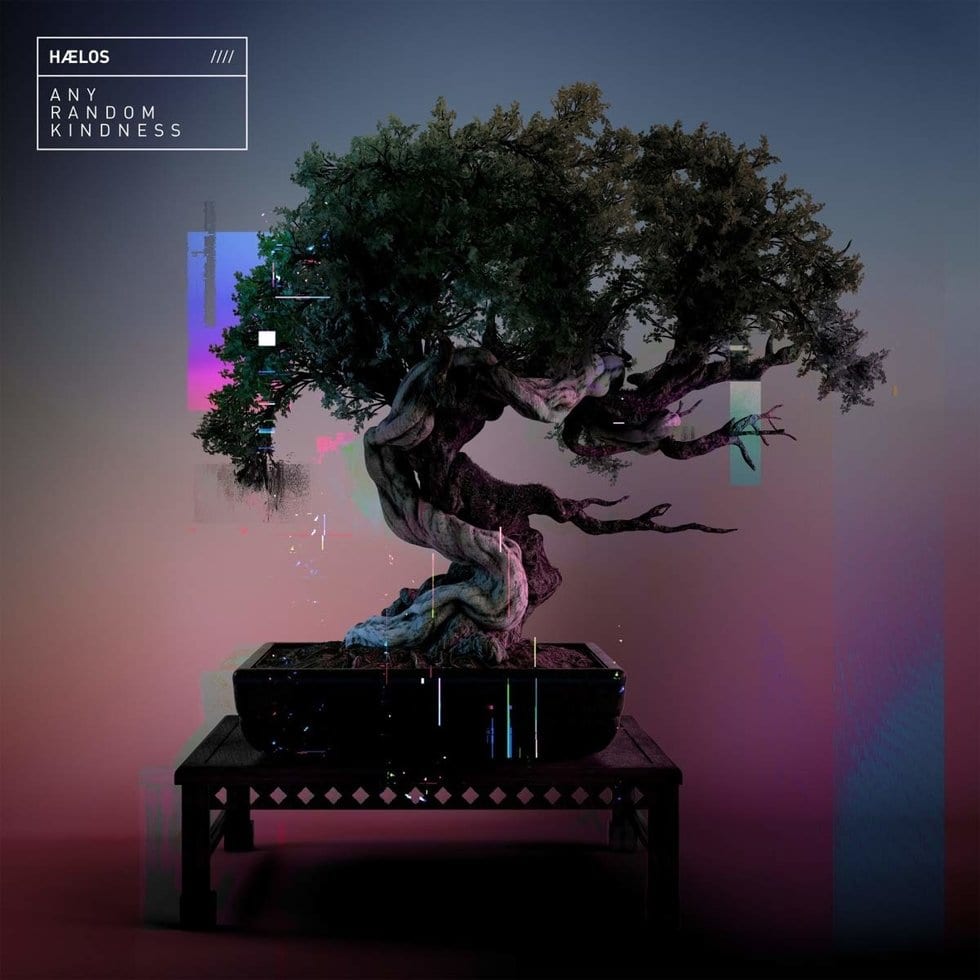 Slow-burning opener “Another Universe” finds co-vocalist Lotti Benardout’s vocals silhouetted against the soft swell of synths. With its minimalist backing, the track feels like one, slow exhalation with lines like “I wish there was another way.” Intelligently, the duo resist the urge to build the song to the expected climax, instead coating the whole thing in an ever-thickening veneer of strings, light percussion, and droning synth notes. As they do, the song seems to turn a corner as each note and beat shines through like pin pricks of light in the gloom.

“Buried in the Sand” gently ups the tempo with atmospheric electronics joined by the clack of percussion and a softly caressed keyboard line. Within this minimal framework, the band etch out subtle little grooves, such as the hypnotic bassline that beds itself into the subconscious. “End of World Party” pairs euphoric synths with their more intricate electronics on a glorious classic house indebted tune. It’s the sound of the band relaxing, adding a little tongue-in-cheek mirth to the larger, bleaker themes. It’s an example of the band reveling in the power of electronic music to charge the blood and electrify the soul.

After the track subsides, “Kyoto” allows a little opportunity to get the breath back. With keyboards slowly joined by a thumping beat, the subtle drama comes in the way they scaffold the ever-present threat until the beat quickens, crashing headlong into a wall of blaring synths – like setting off a sonic tripwire. It’s a stunning end to the song that highlights the band’s ability to make the listener wait, safe in the knowledge that they are buckled in and ready for any sharp bends and steep slopes that the band lay before them.

“ARK” acts as the thematic centerpiece of the album. Built from a simple piano line and the steady, rhythmic tap of hi-hat, it’s a song that takes its time to fill the space; like slowly rising water in a sealed room. As it hits the high water mark with a scuttling synth line and expertly layered beats, it suddenly floods the senses. Fitting, as it’s a song that directly addresses the impending climate catastrophe; questioning whether a new ark is humanity’s last chance of survival.

“Boy/Girl” is a dense, dark tune that revels in its murky surroundings as the mood becomes gradually more suffocating as if being starved of oxygen. Full of crisp, clean lines and sharp edges, it balances a sense of threat with a hypnotic, danceable rhythm that gradually snakes its way under the skin. “Deep State” opens as almost an indie-folk song with its circling picked guitar figure and rippling piano notes. That is until it gets caught in a crosswind of electronics, jittery percussion and charged live drums before ending in a shower of squalling guitar notes.

“Empty Skies” is a blissed out, almost Balearic house tune with a dystopian edge while “Happy Sad” finds the female/male vocals beautifully folding into each other before edging apart over an ambient piano and cool electronics. “So Long Goodbye” boasts a gleaming alt-pop chorus which marks it out as one of the darkest electropop songs one could possibly hear. The electro-blues closer, “Last One Out (Turn the Lights Off)”, serves as a fitting conclusion. Tying up the albums core themes it comes across as a love letter to the planet and humanity as a whole.

The songs on Any Random Kindness take time to sink in, with hooks revealing themselves over time with the band clearly understanding the need to take risks to grow musically. The mix of the organic and synthetic is handled skillfully throughout with slowly rippling melodies suddenly enveloped by swarming crowds of busy electronics and charged live drums. The band’s second album finds HÆLOS expanding on their core sound while reminding themselves and the listener of just why they are such an exciting and intriguing outfit.