At first glance, Attack on Titan appears to be a variation on the anti-war story, part of a longstanding tradition of pacifist literature that stretches from Walt Disney’s 2016 animated feature film Zootopia back to Leo Tolstoy’s 1855 Sevastopol Sketches and further, still. Roughly speaking, this type of narrative follows two warring factions which, by recognizing the commonalities between them, come to understand the futility of their struggle and establish peace. When Eren learns the person behind the breach—and the death of his mother—is none other than his best friend, and the mindless Titans he swore to eradicate turn out to be thinking, feeling human beings, the reader is led to believe that the series’ true antagonist is not an external entity, but the simplistic, black-and-white worldview that consumes its principal characters.

This revelation is deceivingly foreshadowed in the story’s sixth chapter, which follows a ten-year-old Eren as he joins his father Grisha, a doctor, on a visit to one of his patients, a girl named Mikasa who lives in the mountains. Getting to Mikasa’s house before his father, Eren finds her parents dead and the girl herself tied up by men looking to sell her into prostitution. Arming himself with a kitchen knife, he manages to outsmart the kidnappers before proceeding to brutally murder every last one of them.

When an understandably horrified Grisha arrives at the scene, he attempts to call upon his son’s conscience. But Eren, rather than expressing as much as a smidge of remorse for what he has done, instead becomes enraged at his father’s inability to understand what is so perfectly clear to him. “I did not kill people,” he asserts (and I’m paraphrasing), “I killed monsters that happened to resemble people.” 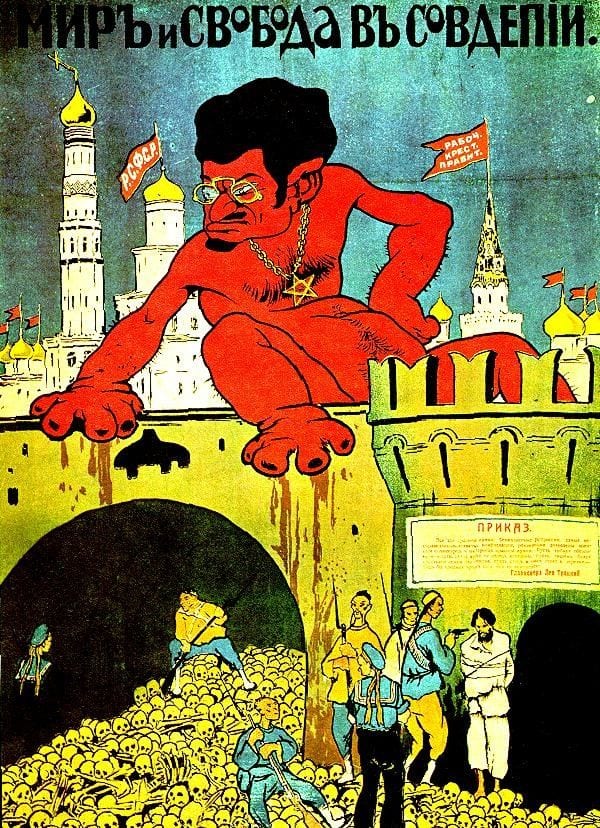 And yet, even when Eren recognizes that the monsters are people after all, his outlook does not change. On the contrary, the way he sees it, the enemy has not suddenly disappeared, but rather shown its true face. The Marleyans, we are told soon thereafter, have been at war with the Eldians since the dawn of time, a conflict which ended only when the 145 th Eldian king, Karl Fritz, weary of all this bloodshed, took his people to an island on the edge of the world where, after erecting the walls, he used the power of the Titans to wipe their memories.

Fearing the descendants of the royal family might one day change their mind, and desperate to use the king’s power for their own good, the Marleyan government eventually sent Zeke Yeager, Eren’s half-brother and one of the hundreds of thousands of Eldians left behind on the mainland during Fritz’s exodus, to claim the source of this ancient magic. After uncovering the true history of the world, and witnessing the discrimination against the Eldians upon infiltrating Marley, Eren comes to the bleak conclusion that the animosity between the two races will not end until one has effectively annihilated the other.

Those familiar with the writings of Nazi ‘crown jurist’ Carl Schmitt can see at once that the relationship between the Eldians and the Marleyans is a direct application of his philosophy. In his book, The Concept of the Political, Schmitt identifies what he calls friend-enemy distinctions, antagonisms that run so deep they permeate and override every aspect of life, from social to cultural to economic. According to him, an enemy is not necessarily an enemy because he is ugly or unethical, like a Titan, but because he negates “his opponent’s way of life” by virtue of his own, a quality that makes coexistence with the adversary effectively impossible.

When accepting the fact that conflict is an inevitable part of human nature, one is left with two possibilities: surrender and die, or fight and live. In Attack on Titan, these two options are represented respectively by the characters of Zeke and Eren.

Unwilling to kill innocent people, Zeke intends to gain control over the king’s abilities and use them to sterilize all members of his race. Once the Eldians will have died out, the world shall be left to the Marleyans, who can thenceforth live on in peace. His “euthanization plan”, as Isayama calls it, bears a striking resemblance to the position adopted by Indian pacifist MahatmaGhandi, who maintained in one interview that the only moral answer to Nazi Germany’s Final Solution was for the European Jewry to commit collective suicide.

Eren, using a different moral compass, finds Zeke’s plan reprehensible. Recognizing that both the Marleyans and the Eldians essentially fight for the same goal, he sees no evil in fighting fire with fire if it means securing the future of his race. After betraying his brother to come into possession of the king’s powers, Eren uses them to create an army of colossal titans with the intention to commit what is more or less the story’s equivalent of nuclear holocaust. Convinced that the war will not end until one side has completely annihilated the other, he commands his monsters to destroy all life on earth outside the walls.