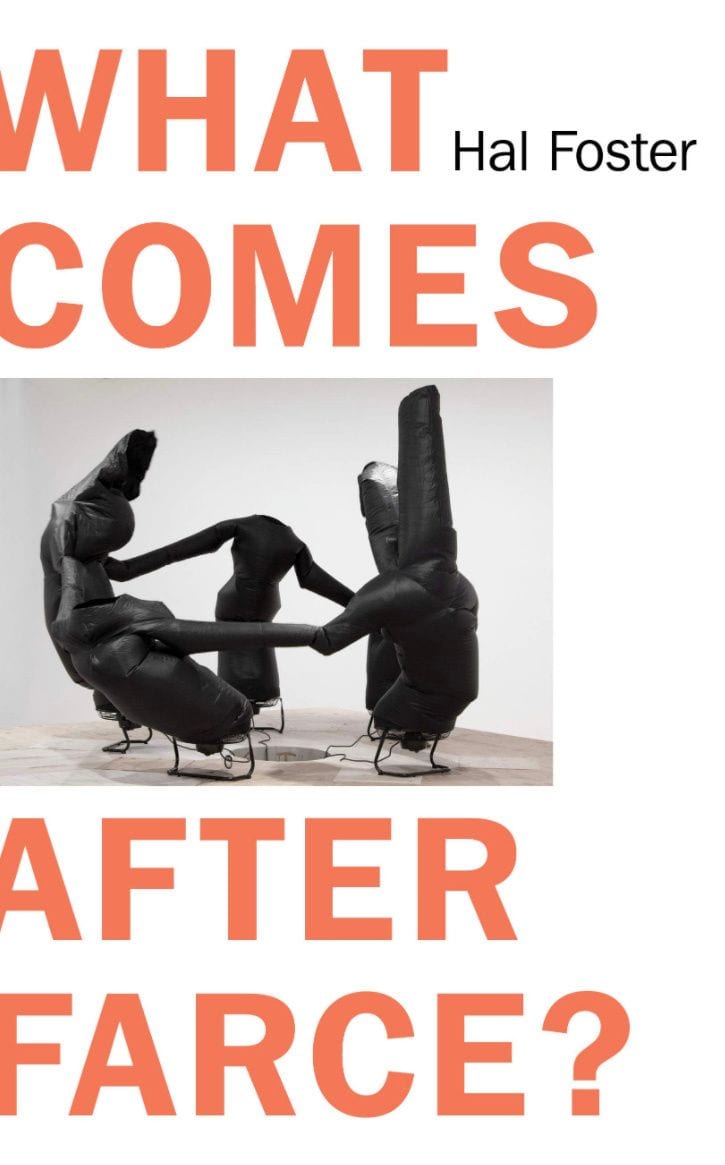 One of the most often-cited quotations of Karl Marx is a riff on the philosopher G.W.F. Hegel that all world-historical facts and personages appear twice, to which he adds: ‘the first time as tragedy, the second time as farce’. This observation first appears in 1852 in The Eighteenth Brumaire of Louis Bonaparte, in reference to, in the first place, the tragedy of Napoleon Bonaparte’s seizure of absolute power in France in 1799 and, in the second, the farce of his nephew Napoleon III enacting a similar power grab in 1851. However farcical it may have seemed, the point for Marx was to reveal the bourgeoisie’s directive, ‘that in order to save its purse it must forfeit the crown’, that the pursuit of profit rendered all other things moot, including the sovereign legitimacy of government itself.

Noted art historian and critic Hal Foster picks up on the notion to illuminate our current situation under Donald Trump, that:

[M]any American plutocrats regard the trashing of constitutional laws, the scapegoating of immigrants, and the mobilizing of white supremacists as a small price to pay for even more capital concentration through financial deregulation, tax cuts, and corrupt deal-making.

But Foster goes a step further than Marx. In this age of fake news, alternative facts, and the shameless proliferation of what philosopher Harry Frankfurt terms outright ‘bullshit‘, Foster asks what comes next when even farce has been rendered farcical, when no attempt is made to cover up the lies, the self-dealing, and other nefarious deeds? That thought provides the inspiration for the title of Foster’s new book What Comes After Farce?: Art and Criticism at a Time of Debacle.

The book comprises 18 short texts, the initial iterations of many which first appeared in the London Review of Books, Artforum, and October, the influential journal of contemporary art, criticism, and theory Foster co-edits. Written over the last 15 years, the essays, which Foster terms ‘bulletins’, explore various issues of and responses to the political culture and cultural politics of the present.

What Comes After Farce? is divided into three sections, the first of which considers the uses and abuses of trauma in the wake of September 11. One of the guiding spirits here is German political philosopher Carl Schmitt, known for his analysis in the 1922 book Political Theology of the state of exception, the unforeseen emergency, provided for in Article 48 of the Weimer Constitution, that enables the executive branch to assume sovereign power in order to ensure political and social stability and which Adolf Hitler invoked in suspending democratic authority to establish the Nationalist Socialist government. Embraced by far-right conservatives of the George W. Bush administration under the guise of the ‘unitary executive’ and the War on Terror, the Schmittian will-to-power has been deployed to great effect by Trump’s operatives where emergencies are fabricated via social media, sometimes semi-daily, to provide cover for all manner of appropriations—of capital, of public resources, of human rights, of common decency, and more.

The second section examines ways that neoliberalism—contemporary capitalism’s forfeiture of the crown in the interest of securing the purse—has altered what philosopher and critic Arthur C. Danto terms ‘the artworld’, i.e., the network of institutions (museums, galleries, the market) and agents (curators, gallerists, artists, and yes, art historians, and critics) that constitute the field. Possessing a breathtaking erudition that he wears lightly, Foster in a few pages dispatches in turn with the commodification of the art object, the dissolution of the original, the temerity of curation, and the arrogance of architecture.

A highlight of this section is the last essay on Chicago-based artist Kerry James Marshall. From a close reading of a single painting, Foster unfurls a magisterial, wide-ranging argument for Marshall’s work as a counterpoint to the art world’s diminished state via ‘a portal to another way of seeing and being (together)’. The son of a lawyer, Foster went to private school in Seattle with Microsoft founder Bill Gates.

The final section of What Comes After Farce? deals with the brave new world that geeks such as Gates have wrought, the post-human supplanting of ‘wetware’ with the technics of cybernetics, the artificial intelligence of algorithms, the mechanic vision of surveillance apparatus, and the gamescape vistas of virtual and augmented reality. Starting with the rudimentary programming of the image of the player piano in the fiction of William Gaddis (whose hole-punched scrolls were the forerunners of lines of digital code), Foster moves through progressive iterations of instrumental vision and comprehension whereby human subjectivity has been called into question. The essays in this section consciously interlock, particularly in the discussion of German filmmaker Harun Farocki and his influence on media artist and theorist Hito Steyerl, also of Germany, and American geographer-turned-photographer Trevor Paglen.

A counterpoint is offered with the example of installation artist/sculptor Sarah Sze, whose intricate works are composed of actual and fabricated pieces of consumer culture such as safety pins, string, wire, plastic, appropriated photographs, lighting, and other mixed media that complicate the experience of material fact and symbolic representation. The model worlds Sze creates are admittedly utopian, but raise important questions with respect to accepted ways of comprehending the contemporary environment in all its complexity, making them valuable in Foster’s estimation.

Foster ends many of the essays in What Comes After Farce? with a series of questions rather than providing hard and fast prescriptions. Having submitted the evidence as he sees it, Foster calls upon the reader to consider their own assumptions and draw their own conclusions. The final essay stakes out a position to move past what French philosopher Paul Ricoeur terms ‘the hermeneutics of suspicion’—that the representations we encounter, Foster’s included, are not telling us the truth—characterizing a lot of modern and postmodern criticism, especially of the academic variety.

This open-ended conclusion draws us back to the book’s introduction in which Foster, reflecting on the etymology of the word farce, which originally signified the comic interlude of a religious play, describes it as a kind of in-between state, suggesting the possibility of another, perhaps more felicitous time to come, as he intimates in his observations on Marshall and Sze later in the book. That Foster maintains this perspective in light of what he presents in the rest of What Comes After Farce? is indicative of the sensibility typically attributed to Italian political philosopher Antonio Gramsci, namely of a pessimism of the intellect but an optimism of the will. In these seemingly darkest of times, it just may be the best shot we’ve got.