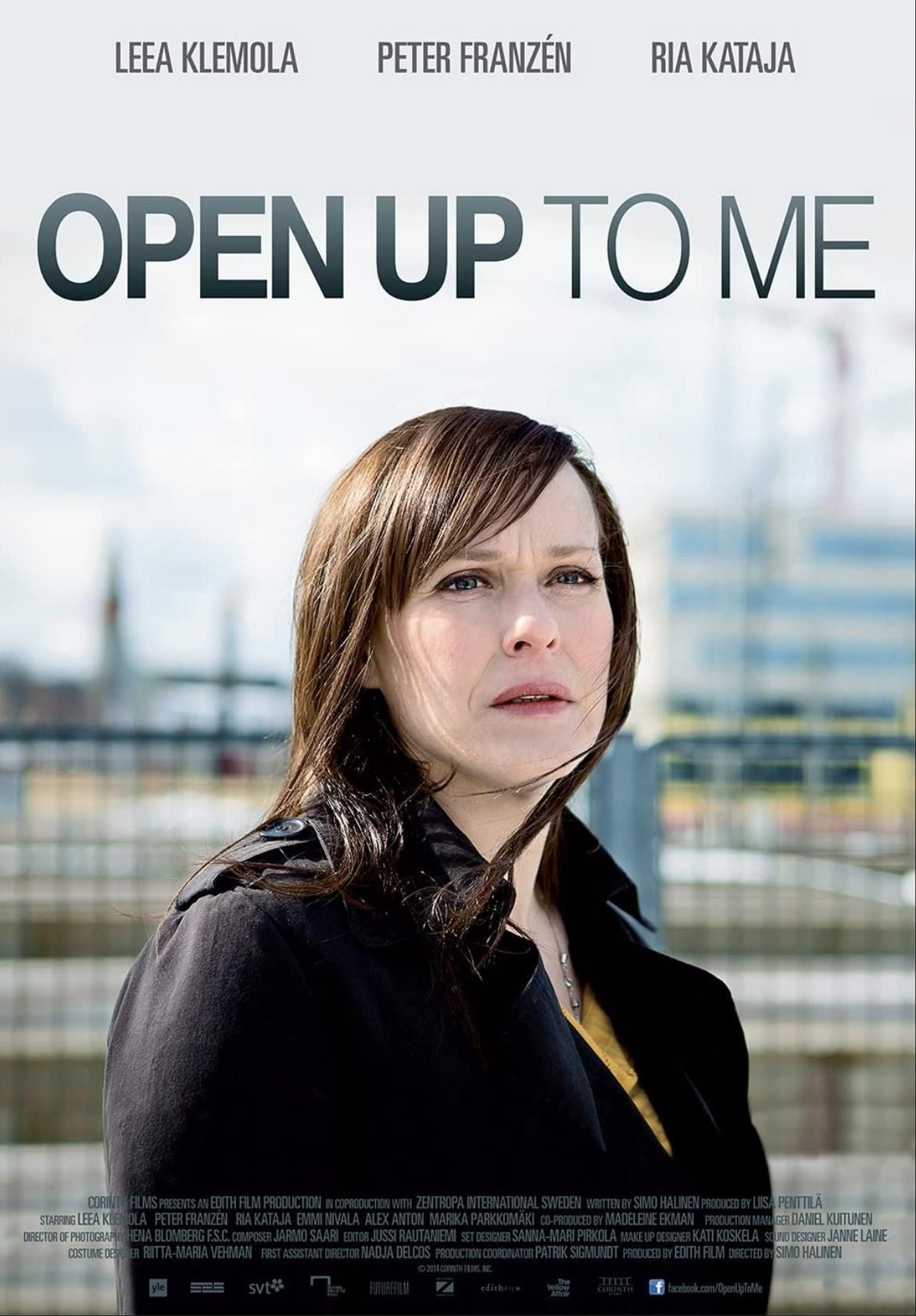 Open Up To Me (Kerron sinulle kaiken) is Finnish director Simo Halinen‘s award-winning 2013 drama portraying the tribulations of Maarit Majantie, a middle-aged trans woman. Now employed as a janitor, she’s trying to rebuild both her professional career as a social worker as well as her familial relationship with her daughter (whom her estranged wife tries to keep away from her).

While cleaning a therapist’s office one day, Maarit tries on the professional’s clothes and is then mistaken for the real thing by a would-be client. This sets in motion a complex series of plot twists which, in a North American film, would probably receive the comedic treatment. Refreshingly, Halinen keeps his treatment of the plot dead serious, providing a much more complex stage upon which his talented actors are able to perform.

Broadly speaking, the film is an enjoyable watch. The fairly implausible series of events that comprise the plot – a janitor masquerades as a therapist, she helps a man save his marriage, then threatens it again by embarking on an affair with him – is balanced out by superb acting from literally every cast member. The outstanding performances help viewers ignore the unlikely plot twists and concentrate instead on the characters’ realistic efforts to navigate the conflicting draws of desire, integrity, and dignity. Even the teenaged characters deliver superb performances, a tense subtlety to their roles (especially Emmi Nivala as Maarit’s daughter Pinja) as they work through their angst to try and do the right thing.

Open Up to Me has garnered some criticism for not casting a trans actress to play the trans lead role, something not uncommon perhaps a decade ago when the film was produced. Leea Klemola, who plays Maarit, won the Jussi Prize (Finland’s equivalent of an Oscar) for her admittedly outstanding performance, and she at least has a background in portraying versatile queer and trans roles, both on film and stage.

One of the challenges facing films centred around trans themes – indeed any film striving to offer a cutting-edge portrayal of identity – is they tend not to age well. In the past decade alone, standards for the portrayal of trans characters in film (and other media) have changed as rapidly as the language that’s considered appropriate to use in them. Generally speaking, that’s a good thing – the growing normalization of trans identity means its portrayal in film is often expected to offer something other than simply an educational moment for cis viewers. But it does pose a challenge for even the best-directed and acted films as time and social context pass them by.

When Open Up to Me was nominated for the Nordic Council Prize in 2014, the adjudication committee stated that “Halinen decided not to make sexual identity the main theme of his film but ‘how to cope with life when you are hiding your emotions from the people around you'”. That’s the right spirit, but it’s not clear this is what the film accomplished.

Much of the film’s momentum is derived from Maarit’s trans identity. The film’s opening sequence – necessary perhaps for contextualizing its characters’ relationships – is of Maarit discussing her identity with a therapist. And perhaps its greatest drawback is that while it does an excellent job of incorporating many of the challenges and difficulties trans women face – job loss and underemployment, physical assault, persecution from the police, separation from their children – it fails to balance those with a portrayal of the positive and joyful moments in their lives.

Maarit’s life experiences have been difficult, and while she bears them proudly and with dignity, we don’t get to see much of what brings her joy in life. Her brief moments of happiness are invariably contested and sabotaged by the film’s need to maintain tension and conflict. She’s a confident, sexually autonomous woman, but at the same time, most of her screen-time is spent trying to respond to the micro- and macro-aggressions of a still broadly transphobic society.

That said, Open Up to Me works hard to portray its subject matter authentically and to provide a tentatively positive, if not a universally happy, conclusion. While Maarit faces stigma and stereotypes rooted in transphobia, it’s the cisgender characters who turn out to be the true sexual predators.

While the story is set in Finland, it eschews scenic landscapes for an authentic and sometimes gritty urban realism, which probably aids in lending credibility to the convoluted plot. There are some truly clever cinematographic flourishes that may or may not have been deliberate: at one point, after an abortive foray into sex work, Maarit literally marches into a new career path flourishing a bright red umbrella (symbol of the sex workers’ rights movement). At the end of the film, when Maarit is (re-)hired in her chosen profession of social work and is able to leave behind her underpaid job as a janitor, she strides triumphantly out of the interview room past a racialized woman sweeping the floor, who has literally taken the place of the white woman who is now advancing up the professional ladder.

Open Up to Me was released for North American distribution by Corinth Films in January. The film has made the rounds of international, queer, and trans film festivals in recent years and won a number of prizes including two Jussi Awards (Best Actress and Best Screenplay). While contemporary screenings ought to temper a recognition of the film’s strong points with a frank acknowledgment of the complexity of trans portrayal in film, Open Up to Me remains worth watching for its superb acting and impressive ability to build a subtle tension along multiple plot threads.