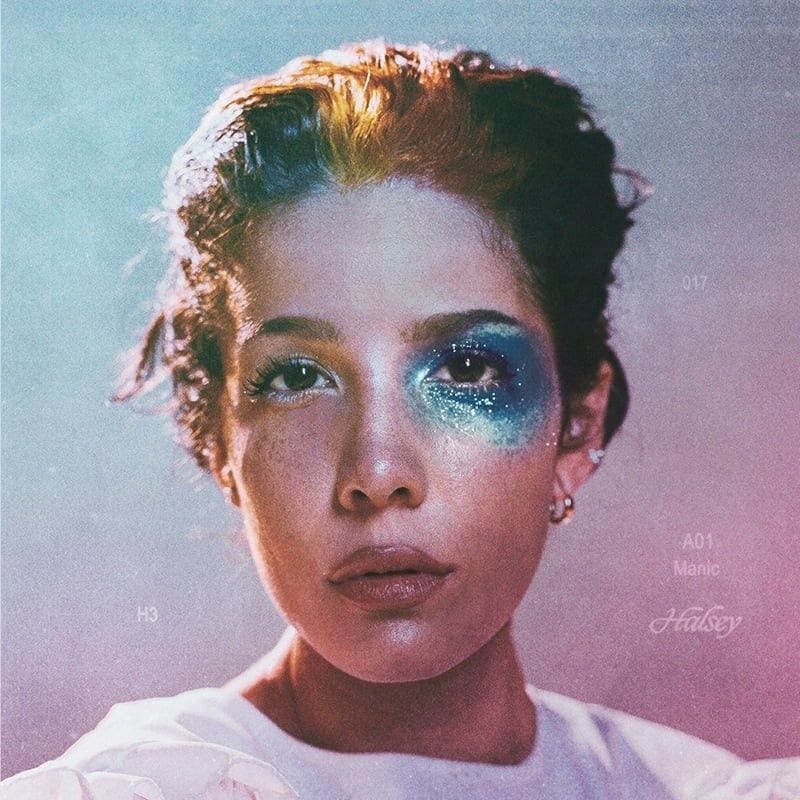 Although music streaming services and mainstream radio stations still would like us to believe that there are established differences between genres of music, most of this era’s pop stars want us to believe otherwise. With everyone from Lana Del Rey to Kesha, pop singers in this day and age are more likely to find both loyal fanbases and commercial success by defying stylistic definition. Even Taylor Swift, who maneuvered from country singer to full-blown pop star in under a decade, has helped usher in a new era of pop music where labels matter less and less. It has allowed for musical authenticity and personal narratives, to some extent, to take some precedence over doing solely what sells. Come for the star, stay for the music.

This convention paved the way for one Ashley Frangipane, better known by her stage name Halsey (an anagram of her first name). A handful of self-released music that gained popularity on social media in the early 2010s led her to a recording contract with the Capitol Music Group in 2014, including her breakthrough single “Ghost“. Halsey’s early success was made possible in part by the cult success of the indie-pop breakout stars who came before her, Lana Del Rey and Lorde, who had already laid the groundwork on “Born to Die” and “Royals” for what Halsey would explore on “Castle” and “New Americana” (both singles from her debut studio album, Badlands).

While Del Rey and Lorde both conquered audiences of all ages, Halsey wasn’t as easily marketable to older demographics. She did, however, amass a large following on social media such as Twitter, where she became known for her outspoken, unabashed, and sometimes tone-deaf opinions—many of which ended up deleted. That led to Billboard referring to Halsey as the “voice of her generation” in 2016 since the self-described “viral mess” that is Halsey has led her to become a visual representation of post-millennial femininity. This would, of course, be Generation Z, even though Halsey was born in 1994. She is a staunch feminist and advocates for progressive causes, but a chronic social media over-sharer who is still learning—which then makes it all the more predictable for her to mess up or say the wrong thing with half the living world watching.

As a result of her social media popularity, continuously changing appearance, and her notable performance ability as both the host and musical guest on multiple episodes of Saturday Night Live, Halsey has been able to quietly establish a recognizable stage presence without having a definable signature sound. While Badlands and its follow-up Hopeless Fountain Kingdom were equally commercially successful in the United States, they failed to make Halsey compelling outside of indie-pop music circles and her younger fanbase who have grown up on social media. Even though the singer is biracial, bisexual, and bipolar, and despite having used some of these labels in her previous lyrical content (namely “Strangers“, a same-sex love song and a collaboration with Lauren Jauregui), Halsey’s first two albums were too closely associated with the idea of Halsey as a persona, rather than Halsey as a musician. In other words, it was time to get to know the woman behind Halsey—Ashley Frangipane. And it seems like that time has finally come.

On her third studio album Manic, Halsey is more sonically interesting than she’s ever been before. The album was predated by the release of its first single “Without Me” in 2018, which ended up becoming her first number-one single on the Billboard Hot 100 chart in the United States. The song’s lyrics heavily reference her relationship with rapper G-Eazy, whom she dated between 2017 and 2018, and with whom Halsey began receiving media attention amid rumors of drug use, arrests, and infidelity. “Without Me” succeeded since it made use of said media attention, as well as the singer’s unique vocal ability and instinct for hooks. While Halsey has had successful singles before, her first solo number one hit makes excellent use of a voice that sounds like it belongs on Top 40 radio.

But don’t be fooled: Manic is not full of more wannabe Hot 100 hits, nor is it solely about her broken relationship with the aforementioned rapper. “This whole album isn’t about Gerald,” Halsey told Zane Lowe during a recent interview on Apple Music’s Beats 1. “A lot of it is a reconnaissance of things I never got to work through because I was 19 and I was Halsey. I didn’t have time for self-care because I had to be composed. And I got too composed—that was part of the problem.” As a result, the album dives into the woman behind Halsey, and its opening track “Ashley” ends with a bold and powerful statement, sampled from Kate Winslet in Eternal Sunshine of the Spotless Mind: “I’m just a fucked up girl looking for my own peace of mind. Don’t assign me yours.”

Manic is a refreshingly intimate portrait of a young woman navigating fame, femininity, and mental illness—among other things. The album never quite settles on one sound, just like Halsey, which makes Manic feel more personal than her previous albums. In a Rolling Stone cover story, she described the album as “hip-hop, rock, country, fucking everything — because it’s so manic”. Thematically, the album deals with Halsey’s struggles with bipolar disorder, which makes each song on Manic feel like a specifically tailored diary entry, and each one more conflicting than the last.

On “I Hate Everybody,” she laments, “I hate everybody / Then why can’t I go home without somebody?” On “3am”, she’s “calling everybody that [she] knows,” because “I need it digital ’cause, baby, when it’s physical / I end up alone.” And on “Still Learning”, Halsey reminds us all just that she’s still a young woman still learning to love herself in a world that profits off of hating ourselves. As a result of these clashing emotions, songs like “Graveyard” and “Finally // Beautiful Stranger” stand out as significant highlights.

In between these lyrical confessions are collaborations with Alanis Morissette, Dominic Fike, and Suga from BTS, as well as musical influences everywhere from country, hip-hop, and K-pop. They make Manic not only manic in terms of personal breakthroughs but more so in terms of sound. It’s a real shame that she chose to scrap the rock-influenced single “Nightmare” from the album since I think it would’ve added another layer of provocative femininity and genre-bending mania to the album. From an artist whose style and image or lack thereof has tended to take precedence over her music and her psyche, Manic is an honest invitation into the worlds of both Halsey and Ashley Frangipane, and teaches us that the truth is in the ambiguity.