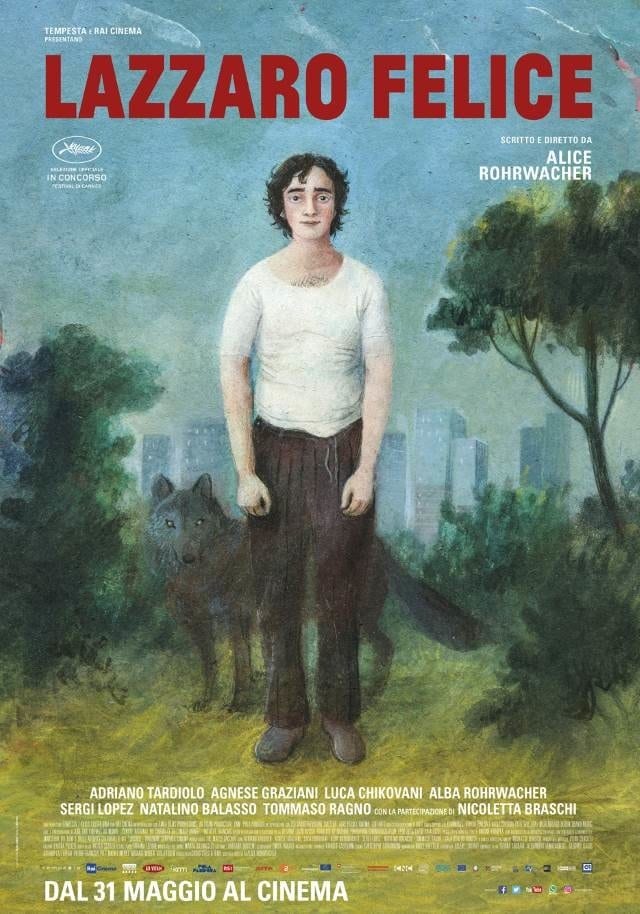 In the fictional Italian village of Inviolata, a young man named Lazzaro (first-time actor Adriano Tardiolo) bears the brunt of his townspeople’s indomitable persecution. At first such unfair treatment isn’t obvious; what we see is a poor rural community, normal in their pursuit of tradition (the film opens on a marriage proposal) but dogged by a life of hard work and few, if any, benefit.

It turns out that they’re sharecroppers enslaved by the village’s Marchesa, known colloquially as the “queen of cigarettes”. Within the frame of the film’s epic narrative, the news of their enslavement becomes a scandal early on, and yet Happy as Lazzaro‘s (Lazzaro felice) first half takes its time arriving at that revelation. Although greater social criticisms are apparent and ever-present, through Lazzaro’s lens we’re given an ode to innocence, both in the face of oppression and in relation to a larger saintly goodness.

Like the biblical figure Lazarus, Lazzaro is given the gift of rebirth. In fact his death — the specifics of which I won’t spoil here — is the reason for the police’s discovery of the townspeople’s situation, and the martyr status that this establishes is well explored throughout the second half of the film as well. In the first half, though, he seems less a martyr than an exploited simpleton, offering far more services to his neighbors (to call them family would be pushing it; nobody knows who his real parents are) than he ever gets in return. Nevertheless, he is happy, as the title suggests, and naïve in the face of worldly contempt.

This affability is what draws him one day to the Marquesa’s son, Tancredi (Luca Chikovani), as the royal family makes an uncommon trip into Inviolata to collect money and harass the workers. Unlike Lazzaro, whose clothes have a timeless quality, Tancredi has modern clothes and bleached hair. He looks the part of a rich prince, bored by his family’s aristocratic stability and disgusted by his mother’s deterministic defense of the exploitation of their workers. Because of this, his chance encounter with Lazzaro quickly turns into an established bond; they hang out at Lazzaro’s secret encampment in the hills and talk about the Marchesa’s cruelty, eventually insisting on calling each other half-brothers. (With his dad having gotten around with plenty of villagers in the past, Tancredi muses, who’s to say they aren’t actually related?)

In a film so well-attuned to exploitation, this bond is, of course, not resoundingly egalitarian. Tancredi’s kindness seems to stem as much from boredom and cheap amusement as it does a genuinely empathy, and Lazzaro, the holy fool, is naturally game for whatever he cooks up. This includes, impulsively, a scheme where Tancredi writes to his mother that he’s been kidnapped and that the kidnappers are asking for money in exchange for his release. The act itself is selfless, sure, risking his family’s fortune for the sake of righteousness, but it also puts Lazzaro in danger, beholden as he is to Tancredi’s whims. Lazzaro’s death, then, can be seen as the breaking point, coming as if out of nowhere but with a force that, as if by an act of divine intervention, grants Tancredi’s foolish wish.

Unfortunately, even the resulting distribution of wealth is unfair. A more accurate word than distributing might be relinquishing — with the Marquesa’s fall, the villagers are primed for a bit of social climbing that never comes. Years later, Lazzaro is reborn and looks exactly the same, as if he hasn’t aged a day. He wanders to Inviolata, now abandoned, to look for Tancredi, and instead finds a small group of his former neighbors pillaging the Marquesa’s old house. He soon reunites with Antonia (Alba Rohrwacher), who was kind to him as a girl but is now all grown up (the two other men he meets happen to be her husband and son). With the exception of Antonia, who is astonished and happy to see him, the group only begrudgingly accepts his company, calling him a “devil” and insisting that he work for his food.

This unmooring of time is Happy as Lazzaro‘s greatest trick. If the first half of the film feels completely timeless, happening instead in a magical vacuum of innocence, the second half is precise in its rendering of the modern world. The first half’s lush oranges, yellows and browns make way for a darker palette, and the rural setting changes to an urban one rife with unmistakable poverty. The group with which Lazzaro realigns is castigated by the public, and in many cases have resorted to swindling and scheming themselves. Simply put, the residents of Inviolata were not granted a wealth of opportunity alongside their newfound freedom, and have had to mimic the tactics of their former oppressors in order to eke out a living.

As writer and director, Alice Rohrwacher simplifies the film’s thematic heft by staying loyally by Lazzaro’s side. Despite such serious invocations of exploitation, poverty and despair, a hopeful, undeterred air pervades the narrative by virtue of its titular saint’s exalted goodness. There’s room for absurdity and humor, too, in the way Lazzaro and Tancredi relate to one another and in the sudden and inexplicable turn toward time travel. Lazzaro’s quiet haplessness gives the film plenty of room to find its footing regardless of where the story turns, which works well both in its more traditionally social realist scenes and in its subtle moves toward magic realism. Religion, too, is another clear influence, and yet the weightiness of that ambition is offset by Lazzaro’s spirited, affectless way of existing in a world that doesn’t want him.

Happy as Lazzaro hardly tries to pull at any easy strings, and it doesn’t beckon audiences to shed tears for the villagers’ long, unending plight. The real vision is a more cynical one. Innocence, or a complete disregard for the world’s many oppressors, is the only thing Rohrwacher uses as a salve against these formidable themes. When finally reunited with Tancredi, Lazzaro is ecstatic, only to find out not long after that the Marchesa’s fortune was lost to the bank and that Tancredi and his sister live an unsatisfying, slovenly life in the city. The film’s climax, in a bank, is perhaps a bit on-the-nose, and yet it effectively illustrates modern society’s complete indifference to the common man. Lazzaro’s tremendous goodness has brought him new life, but for what? Goodness has no use in a world run on sin. 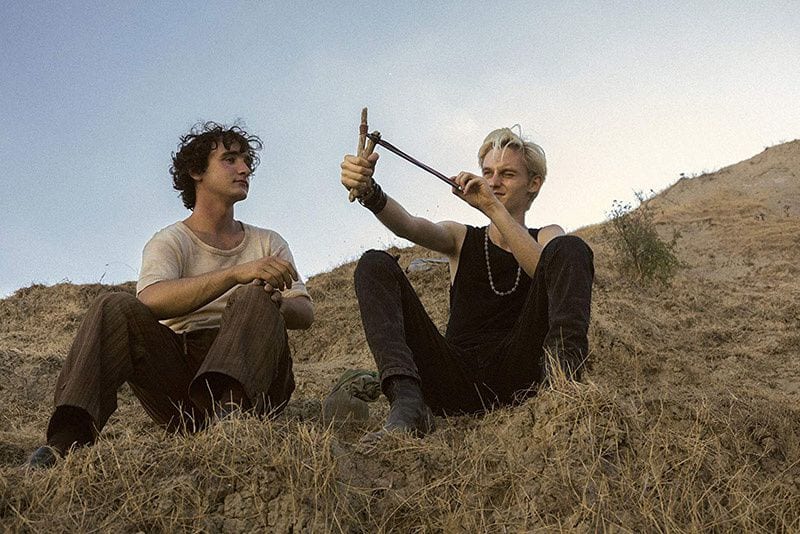 Happy as Lazzaro is available in the US via Netflix.