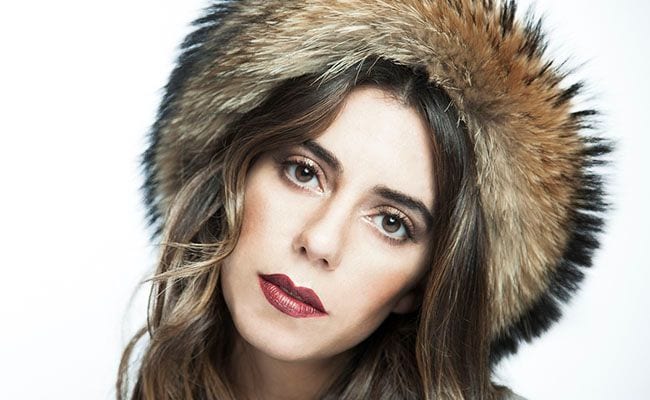 Haroula Rose casts a quick and unbreakable spell upon the listener within the first seconds of this remarkable 33-minute long-player. Armed with the sparest of instrumentation, namely acoustic guitar and the occasional textural wash of an electric six-string, unobtrusive drums and a dusky, impossibly ethereal voice, Haroula Rose seems incapable of faltering across these 11 compositions. Some, such as “Zion Beach, 1999” and “Premonition” are slight, impressionistic portraits that lend extra gravity to already weighty pieces such as “This Old House”. That’s as convincing a plea for reconciliation and fidelity as you’re ever likely to hear.

“Grass Stains”, meanwhile, is a poetic and lilting snapshot of longing. There, she captures both the promise and fears of new love or something that feels like it might be love. Are we temporary or permanent in the eyes of another? If Rose has the answer she doesn’t part with it in that scant three minutes and 20 seconds it takes the song to move by. Instead, she opts to let those questions linger for both protagonist and listener. It’s a lovingly rendered gift, one that finds us returning to the track as we try to piece together some kind of truth.

There’s certainly truth to be found in “The River (Drifting)”, an unsettling vignette wherein the Chicago-born vocalist keeps us hanging with each line. We wonder how the story will resolve and what it means. Is this a journey to something better or an act of desperate escape? It’s an emotional twilight that this record relies on again and again. It’s that same emotional twilight, with its periwinkle-tinged hints of truth and knowing, that propels us from this album’s first note to its last. Our heroine is elusive, like an answer that evades articulation, a mirage of satisfaction, a desire that can’t be tamed.

The toughest she ever sounds is on “Sirens”, which appears toward the end of this cycle. Its percussive lines and heavy beat alert us to pivotal moments in another narrative about disappearing, vanishing into a distant but inevitable newness with all its fears and promise of promises. Escape as a narrative device can be a bit of cheat because it creates a path that sometimes strays too far from reality. But that’s not what Rose is after here. She reminds us that newness itself is an illusion, that we carry ourselves from one moment to the next no matter where that moment plays itself out.

It’s hard to imagine a better, more promising voice to lead us down this path or to accompany us as we stumble through. Rose is an artist whose unhurried ways and sincerity seem culled from another time, a world less chaotic and less riddled with complications than our own. She’s no sunny optimist, mind, and yet she offers hope through these songs. More than that, her words and music offer a comfort that few artists can easily summon. Honestly? We have never needed such a beacon of sincerity as much as we need this one.