In Golden Exits, director Alex Ross Perry’s 2018 film, dapples of sunlight settle on blooming trees and cobblestone streets, gently nudging viewers through the minutiae of springtime Brooklyn. The soft framing belies the central drama, which follows a young Australian woman (Emily Browning) who works as an assistant to a middle-aged archivist (Adam Horovitz) who leers at her. The man is more pathetic than threatening, but the tension (the man, aside from being too old for her, is married) grates, rendering the external charms into acts of desperate yearning and self-sabotage. But it’s easy to laugh at the cumbersome existential crises of an aging man, and in the end Golden Exits is more lightly comedic than tragic.

The same is not so for Perry’s new film, Her Smell. Starring a crazed Elisabeth Moss (a budding specialty for the actress) as Becky Something, the frontwoman for the all-female trio Something She, the film chronicles backstage antics more than on-stage performances. But it’s more Vox Lux (Corbett, 2018) than This Is Spinal Tap (Reiner, 1984); Her Smell has a churning, toxic energy that corrodes. That’s thanks mostly to Becky herself, who verbally abuses her bandmates, Mari (Agyness Deyn) and Ali (Gayle Rankin), her ex-husband, Danny (Dan Stevens) and her manager, Howard (Eric Stoltz) with the dexterity of a manic spoken-word poet. The mania is mostly the byproduct of drugs, but her wordplay is formidable and, however begrudgingly, respected up to a point by all around her.

Unlike Golden Exits, which favored a subtle, caressing visual style, Her Smell lurches forward with sudden bursts and breaks, spinning in and around the action without any regard for whiplash. The result should be unbearable, and it frequently is. But the tantrums and breakdowns are also devilishly playful; it’s as though Becky’s bandmates are so dejected from years of abuse that their numbness has become its own potent source of dry wit. 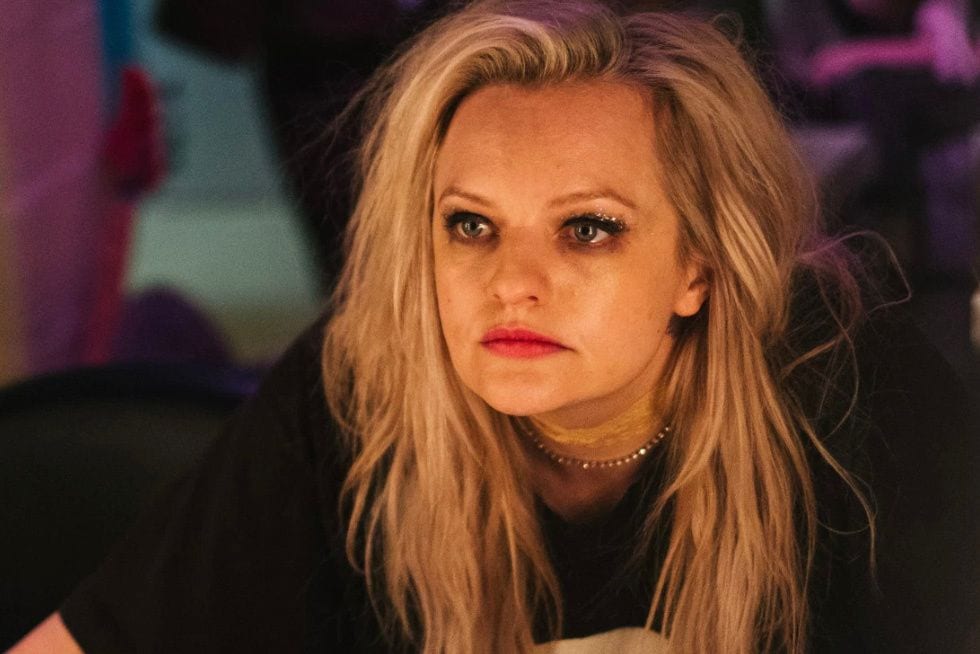 At the film’s outset, Becky is already a veteran musician who owns the stage — Perry starts the action in media res, with an impending crash obviously on the horizon and the band’s implied history of brilliant, sisterly songcraft left to the past. Backstage after the show, the high of the performance lingers as Becky’s real-world problems buzz at her like bugs. There’s her ex, Danny, who wants nothing to do with her but feels obliged to bring her infant daughter around for some quality time. Then there’s the fellow performer Zelda E. Zekiel (Amber Heard), who comes around expecting a coveted collaboration but is turned away at the last-minute. What’s most interesting is that, on the surface, these are all positive threads for Becky, and yet she rejects them. Without love, friendship and artistic collaboration, who is she? Just a self-saboteur whose fame is relegated to the stage.

Her Smell‘s success, like Becky’s, relies on a propulsive, tumultuous charm. Moss, inhabiting the same kind of near-psychotic persona she wielded in Perry’s Queen of Earth (2015) and Jordan Peele’s Us (2019), carries the film with her inimitable talent for channeling complexity and unease. The lasting professional partnership between her and Perry, whose films explore the acidic side of human relationships, is one of the most inspired in all of cinema today. Both Moss and Perry seem like they could do just about anything, and yet with each other their films fall naturally into a peculiarly rewarding slot. The films are like Noah Baumbach’s neurotic family dramas if they took a cue from Michael Haneke and his austere fascination with violence and trauma. And the first half of Her Smell is all rising action in this vein, the question being not if Becky will crash and burn but who she’ll bring down with her. As it turns out, even her closest friends are unwilling to go into that hole with her.

But a hole this deep isn’t insurmountable for the rich and famous, and the film’s second half takes a sharp left turn into something hopeful and redemptive. Now at her country home, where she sits cardigan-clad in the daylight, Becky is sober and defeated. She whittles away the hours by drinking tea and writing music, and her drug-addled grunginess has made way for folksier acoustic sessions. Her friends and family visit, and although the pains of her former life has left scars, they bring with them an air of genuine concern and love. 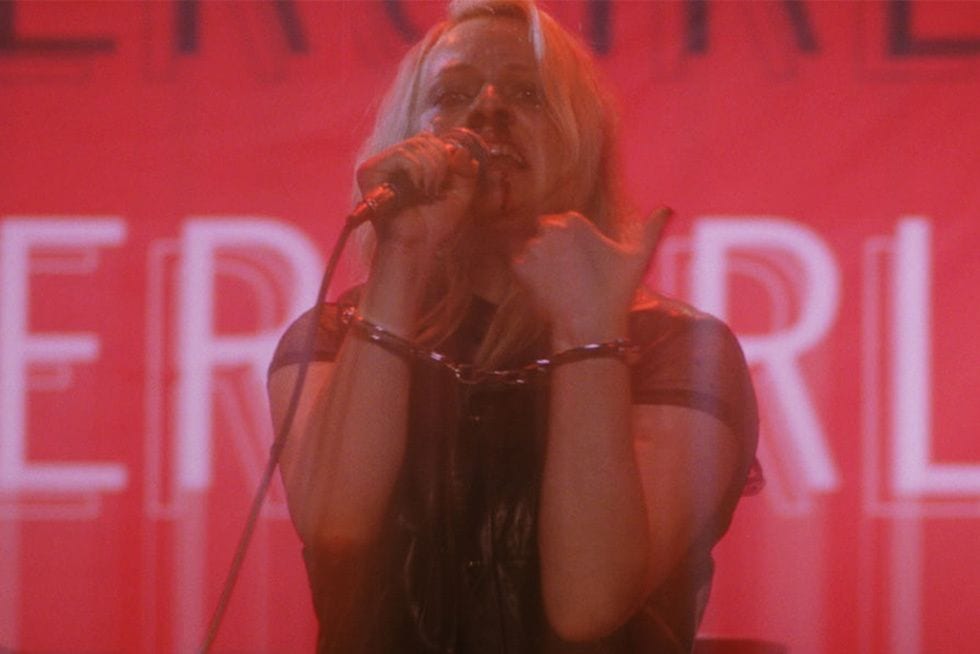 Danny brings Becky’s daughter, who’s now around six, and she and Becky have a tearful, if slightly disconnected, reunion (for Becky, this is a moment of intense clarity; for her daughter, it’s just a rare date with a mostly absent mother). Becky plays Bryan Adams’ “Heaven” on the piano for her, and the scene, in its bareness, seems to contradict everything that came before it. It’s a redemptive, beautiful scene, and one that Perry’s fans might be surprised to find here, but its earnestness makes it astonishingly fragile and fleeting. It’s Becky’s attempt to make good on the promise of being a good person and mother, and while the long-term effects are unclear, the immediate sensation it provokes is one of serene emotional clarity.

Apparently, the reunion (Mari and Ali also come to visit her country home, though Ali stays in the car) is convincing enough for Something She to give it another go. And so back at the same bar, and with Zelda and three of Becky’s acolytes (Cara Delevingne, Ashley Benson and Dylan Gelula), Something She puts on the inevitable reunion tour. On stage, Becky is newly vulnerable, but if anything the events of the past have only brought her and her fans closer. Her friends and new bandmates, even if motivated by opportunism, contribute happily to this narrative of victory.

It’s worth wondering why Perry chose to title the film Her Smell, aside from the fact that it’s the name of the bar

where the band performs. Does it allude to the essence of a person? A person’s magnetism? Becky and Moss certainly attest to the idea of a magnetic personality, both in terms of how charm corrodes and destroys and in how it brings people together. But there’s many ways to read the film’s redemptive ending. Perhaps it’s a happily ever after, and Something She continues to tour with a newfound stability. Maybe it’s a satire, and Perry wants us to see the familiar redemption trope of music cinema from both the inside and outside. Regardless, Her Smell‘s brilliance lies in its ability to be many things at once. There’s love where there’s pain, and there’s music amid the cacophony of life.