Thrashing Thru the Passion
The Hold Steady
Frenchkiss

It’s been an interesting decade for the Hold Steady. In 2009 the band was coming off a blistering five-year run in which they released their first four albums, toured nonstop, grew their fanbase immensely. They received numerous critical plaudits for those albums, particularly the third, Boys and Girls in America. But 2009 also found the band in transition, as keyboardist Franz Nicolay abruptly left the group around that time, leaving the Hold Steady to record 2010’s Heaven Is Whenever without him.

Heaven Is Whenever, while solid, was a noticeable step down from the band’s previous output. There were a lot of keyboards still lingering on the edges of the songs but muted in the mix, and the band replaced Nicolay in their live lineup with a touring guitarist and keyboardist. The keyboardist didn’t last, but the guitarist, Steve Selvidge, became a permanent member. The band’s initial run was over, though. After Heaven, frontman Craig Finn started releasing solo albums, featuring the same type of dense, story-oriented lyrics while being more sonically expansive than the Hold Steady’s 1970s-influenced classic rock sound. The full band resurfaced with 2014’s Teeth Dreams, which was hailed as a return to form at the time. Listening again in 2019, though, it sounds of a piece with Heaven Is Whenever, a solid record that doesn’t have the impact of the band’s first four albums.

It wasn’t until 2016 that the Hold Steady really got their fans excited again. They announced they’d be reuniting, at least temporarily, with Nicolay for a weekend’s worth of shows in Chicago and another trio in New York City. The shows were a success for everyone involved, and it set a new template for the band. Now, instead of replicating their rigorous tours of the 2000s, the band perform three-night stands in a single city, wildly varying the setlists each night, and encouraging the die-hards to come out to all three shows. With this setup, Nicolay can continue his numerous other musical projects, Finn can keep his solo career humming, and the remaining quartet can do whatever it is they do these days when not playing in the Hold Steady.

Which brings us to the new album, Thrashing Thru the Passion. The past three years of rehearsals for live shows have been productive enough for the band to record new material in drips and drabs. That included a session which according to the band was so fertile that it produced the entire first side of the new album. The back half of the record is filled out by the best of the singles and B-sides the six-person lineup has produced over that same period. And this is the record that some of the Hold Steady’s fans have been waiting for since 2009. The band is firing on all cylinders again, with Nicolay back in the fold and guitarists Tad Kubler and Selvidge doing great things together.

The record begins with “Denver Haircut”, a bright rocker with big guitars, a big piano break, and a narrative about a man and a woman having a seedy tryst. Finn speak-sings his way through the lyrics, adding just enough melody in the refrain to make the song catchy. And he throws in a handful of Metallica references just for fun. It’s a great opener and sets the tone perfectly.

Second song “Epaulets” changes up the sound a bit, with pulsing guitars and a high-speed shuffle that almost overpower Finn’s vocals. He wisely shuts up when the song hits the breakdowns, and the rest of the band chugs loudly together on the same simple rhythm pattern. The second time through what passes for the refrain, though, trumpets suddenly appear in the background. Then when the band hits the bridge and everybody backs off for a bit, a full horn section shows up as the chugging chords return. The horns stick around for the rest of the song, adding to and enhancing the sound. The Hold Steady have used horns in the past, but sparingly. After “Epaulets”, though, the horn section shows up on nearly every other track on this album.

The return of Nicolay is the biggest difference in the band’s sound on Thrashing Thru the Passion, but the presence of the horns is a close second. Both add texture to the songs, allowing for more melodic passages, especially when Finn is defaulting to his spoken word vocal style. “Traditional Village” is a perfect example of this. It opens with a big old sax riff and adds the rest of the horns the next time the riff appears. Meanwhile, Finn talks his way through the lyrics, reminiscing about boring field trips and creepy pastors and winding up talking about opioids and the internet. That also happens in “The Stove and Toaster”, which operates as a great heist story in a brisk three and a half minutes. The horns here basically give the song its main hook, backing up Finn on the chorus. Later on, that same hook is picked up and played by the guitars and bass.

The middle third of the album contains the record’s most musically interesting songs. “Blackout Sam” is a loungey piano ballad. Nicolay provides the main backing, alternating between piano and organ. But drummer Bobby Drake, by virtue of the song’s open arrangement, gets to shine as well, with some excellent, interesting hi-hat work and solid tambourine playing. The horns also get their licks in, and even though the guitars sit out most of the song, Kubler and Selvidge get a big guitar duet in the middle of the song, harmonizing their way through a feature.

“Entitlement Crew” is the record’s catchiest song, with Finn going from talking through the verses to melodic singing in the chorus. That chorus, “Thanks for listening / Thanks for understanding / Can’t you see how I feel a bit abandoned / Never got to say goodbye to you / Give my best to the entitlement crew” is one of the more gracious send-offs a Finn character gets in his songs, and it’s also a sticky hook. The post-chorus finds the whole band pounding along together in unison, including the horns. Nicolay has an irresistible synth-organ riff that pops up throughout the song between the vocals. There’s even a solid coda with a new riff that’s just as catchy as the rest of the song. 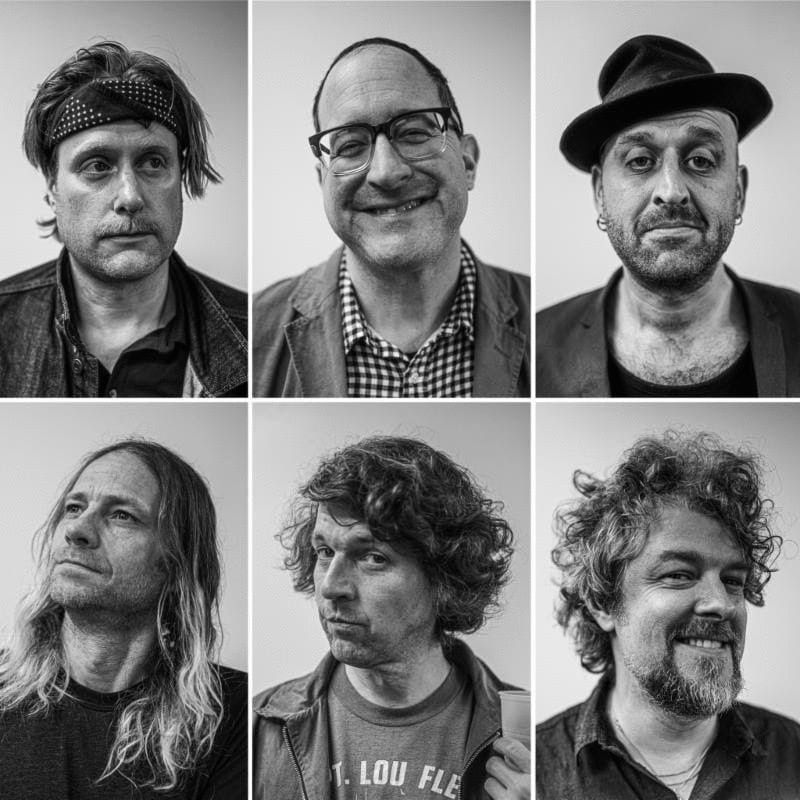 “T-Shirt Tux” uses a short, gnarly guitar riff while the rest of the song bops and bounces along. The horns show up to provide accents while Finn talks about a bad, drug-fueled gathering where everybody is lying to each other and feeling upset. Finn’s character rambles about Stalin and Johnny Cash before being completely shut down by his female companion. “It’s weird how you feel when bad people die / She said, ‘Yeah, I guess, whatever / All your fun little facts are never going keep us together.'” Musically, the song stops and starts multiple times before ending up on a slow bridge that barely resembles the bopping early part of the track. Because the song closes out that way, it ends up in a very different place than when it started, and just like the lyrics, it goes from fun to melancholy.

At just ten songs and 36 minutes, there’s no fat on Thrashing Thru the Passion. The band could’ve pushed the album to 14 or 15 songs, but they stuck with their best new material, and it pays off. This is a strong record from start to finish that provides all the elements of the classic Hold Steady sound while still leaving space for some stylistic stretching. Finn’s stories of people getting involved in small-time crime, mixed up with drugs, or partying long past the point when they should have left the scene behind are as bittersweet as ever. But unlike his solo albums, where those stories can be a drag, the bright sound of the band balances out the downbeat narratives. With Nicolay (and those horns) back in the fold, the Hold Steady can provide strong melodies even when Finn isn’t singing. It makes for a fun listen, and it’s one of the most entertaining albums I’ve heard in 2019.