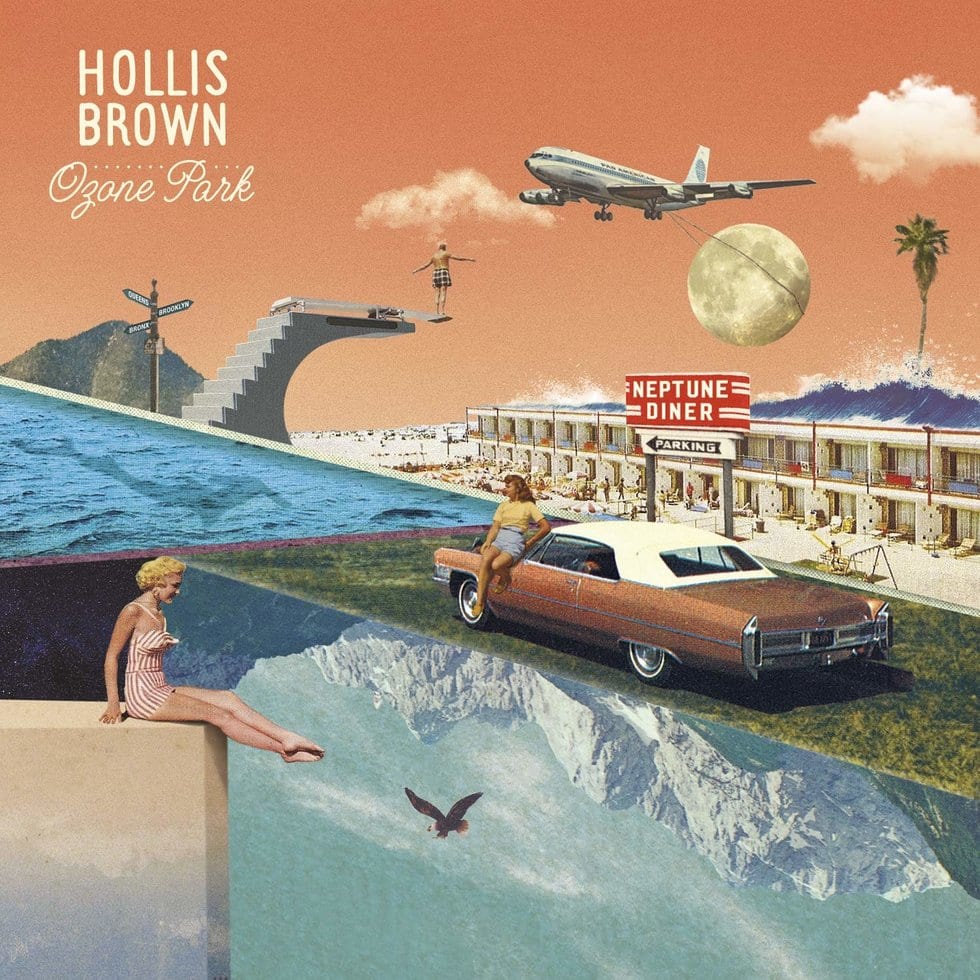 Hollis Brown formed in New York and released their first EP in 2009. A self-titled full-length debut immediately followed that release. Both releases received positive reviews, and the band began touring outside the New York area. However, it took four years until their next release, Ride on the Train, was released in 2013. This led to a prolific period that saw the band release a re-recorded version of the Velvet Underground’s Loaded and the well-received 3 Shots in 2015. While there have been a few singles and another EP, it took another four years for the band to release Ozone Park. Was it worth the wait? Yes, the break seems to have served the band well.

Ozone Park sees Hollis Brown drifting back more to the Americana roots feel of Ride on the Train as opposed to the slicker rock vibe of 3 Shots. Guitarist Jonathan Bonilla shines throughout the album and imparts a Tom Petty feel that is a perfect compliment to Mike Montali’s unique voice. The record starts with a solid four-pack of songs — “Blood From a Stone”, “Stubborn Man”, “She Don’t Love Me Now”, and “Do Me Right” — that perfectly illustrate all that makes Hollis Brown a superb rock band – smart lyrics, top musicianship, and rhythms that make you want to move. It’s interesting to note that “She Don’t Love Me Now” is a cover of the Jesse Malin song originally found on his 2015 release New York Before the War. The two acts have toured together frequently, and Hollis Brown has covered this song in concert frequently over the last few years.

The record stumbles slightly in the middle with the moody instrumental “After the Fire” which leads into the ballad “Forever in Me”. That they both feel a little out of place on Ozone Park is more a function of production rather than quality. “Forever in Me” is a beautiful song but the drum machine beat and droning keys don’t match the organic production found on the rest of the album. “Someday Soon” comes off feeling like a transition that begins to bring the record back to the sound of its first half.

Hollis Brown has toured with some high profile acts during their career, including a few runs with Counting Crows. Having played together so much, it’s not really surprising to hear a Counting Crows influence on “That’s The Way She Does It”. The band shows its diversity on the last two songs. “Bad Mistakes” is drenched with Bonilla’s fuzz-filled guitar while “Go For It” shows a funky side to the band that frequently comes out live but doesn’t always translate on recordings.

Twice in their career, Hollis Brown has taken a four-year break between records and both times returned with strong material. They are a band that has honed their sound live, and with producer Adam Landry at the helm, they seem to have found the right formula to translate that energy into a fun, upbeat record that will certainly set the tone for summer listening.