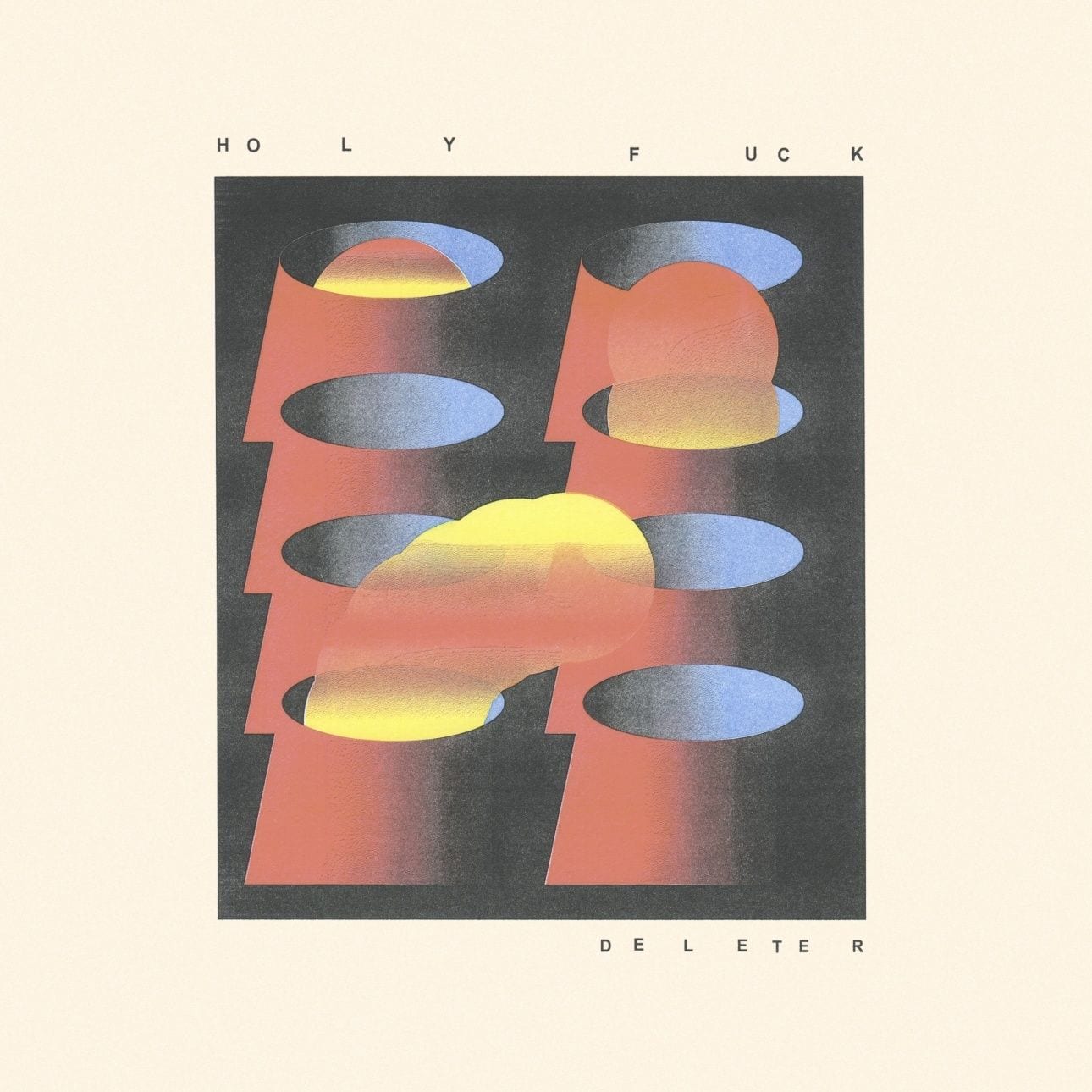 Canadian collective Holy Fuck have always operated in their own sphere. Never a band to follow a trend or bow to fashion, the group have always embraced an anything goes as long as it sounds good approach. In doing so, the band have managed to create a certain niche for themselves. As band member Brian Borchant says, “It’s been long enough now, somewhere around the last record may be that it felt like we’ve done this long enough that we’ve kind of invented our own language. I think we’re pretty idiosyncratic, and hopefully, our music exists in its own realm. That’s not an easy thing to do. It takes a certain amount of dedication and faith, but I think we’ve been doing it long enough that we figured out that language.”

On fifth album, Deleter the band have worked out how to articulate themselves in their native “Holy Fuck tongue”. With many of the tracks beginning as improvised jams during shows, it feels like they’ve finally managed to capture what is so thrilling about the band’s live show. It is also their most fully realized and cohesive album to date with an intentional ebb and flow to the LP with few reminders of the chaotic dance jam band that emerged with 2005’s self-titled debut.

The album opens with the pulsing, arpeggiated synth loop of “Luxe”. Featuring Hot Chip’s Alexis Taylor (who recorded his vocals in Jack White’s Third Man Records), it’s an energizing, bassy house track with Taylor’s vocals bouncing and echoing in space as he croons the line, “I’d like to scrap all of this / Start all over again.” With each layer, the track grows increasingly kinetic as springy synth chords and warped electronic samples smoothly lead to a pounding club-ready beat.

“Deleter” pairs the band up with Liars’ main man Angus Andrew – a more logical hook up you would struggle to find. Together they do what they do best as Andrew’s higher pitch vocals weave around the bubbling synth hook and the grooving bassline. Cleverly the bend and stretch his vocals until the lyric, “Are you fighting for a cause? / Are you fighting just because?” lurches into focus, suddenly sounding almost profound.

The cosmic, “Endless” takes warm, ambient electronics and knocking percussion and sends the track somewhere a little more psychedelic. It’s a comforting, hazy jam until sudden bursts of sound explode like fireworks to add a little drama. “Free Gloss” looks towards the late 1980s/early 1990s Manchester dance scene for inspiration. Riding Balearic synths, motorik drum loops, and full of far-out psychedelic electronics, it sees Pond frontman Nicholas Allbrook join for the ride. The song ends in frenetic fashion with the band holding on tight and just about holding it all together.

“Moment” continues the grandiose intensity, sounding positively monolithic. As the synth thrums and the beat flexes, the whole thing gradually expands until a pointed guitar riff scythes through the mix. Like the best Holy Fuck tracks, sonic paths don’t necessarily end where you expect as the song calms to a grooving midsection before lurching euphorically skywards.

Unfortunately, the sonic potency does diminish a little during the middle of the album. “Near Mint” is a wandering jam but one that comes across as a little predictable. There are plenty of interesting ideas, but it lacks the visceral thrill and edgy uncertainty of what precedes it. The same could be said of “No Error”. The sliced vocal loops wrapped in barbed wire distortion need a little more sonic impetus behind it. Both feel like improvised jams that could do with being fleshed out a little more.

Thankfully, “San Sebastian” is much more unhinged. Sounding like the soundtrack to a psychedelic western with droning synths, howling guitar loops, and driving drums, it soon twists into a full-on cosmic freakout. The album finishes with the superb, “Ruby”. Here, creeping electronics suddenly surge into kaleidoscopic moments of color as the track bounces to a joyous, almost spiritual conclusion.

On Deleter, Holy Fuck have enthusiastically thrown themselves into the kaleidoscopic world of the early 1990s house scene while adding a few footnotes using their particular musical vocabulary. It’s an invigorating, often joyous ride that sees their dedication and belief handsomely rewarded.