The town of Winchester, in northern Virginia’s Shenandoah Valley, has a rich history that dates back to the Colonial Era. John Lingan went there a few years back, and met one of its prominent residents, the musician and DJ Jim McCoy. Over half a century before, McCoy played a pivotal role in launching the career of the town’s most famous daughter. “I had come to learn about Patsy Cline, who was born in Winchester in 1932 and spent most of her life there,” Lingan writes. “[W]hen I learned that a legend had grown up less than two hours from my house in the D.C. suburbs, I followed the well-worn path […] If you want to understand how this place works, everyone said, you need to head up to Jim’s compound in the Blue Ridge of West Virginia and see what he’s made.”

What McCoy made was his “homeplace”: a mountaintop recording facility where, well into his 80s, he continued to produce the kinds of country music sounds that he had played himself as a touring musician decades before. More important is the music venue McCoy had cobbled together next door, a bona fide honky-tonk that served as a Mecca to music lovers across the region. McCoy was a gracious and generous host to Lingan, accepting him into his fold so that the young writer could tell his story as a friend rather than just an observer. But in so doing, McCoy also served as the gatekeeper to the region that had been his home for decades, opening the door to something even more profound. 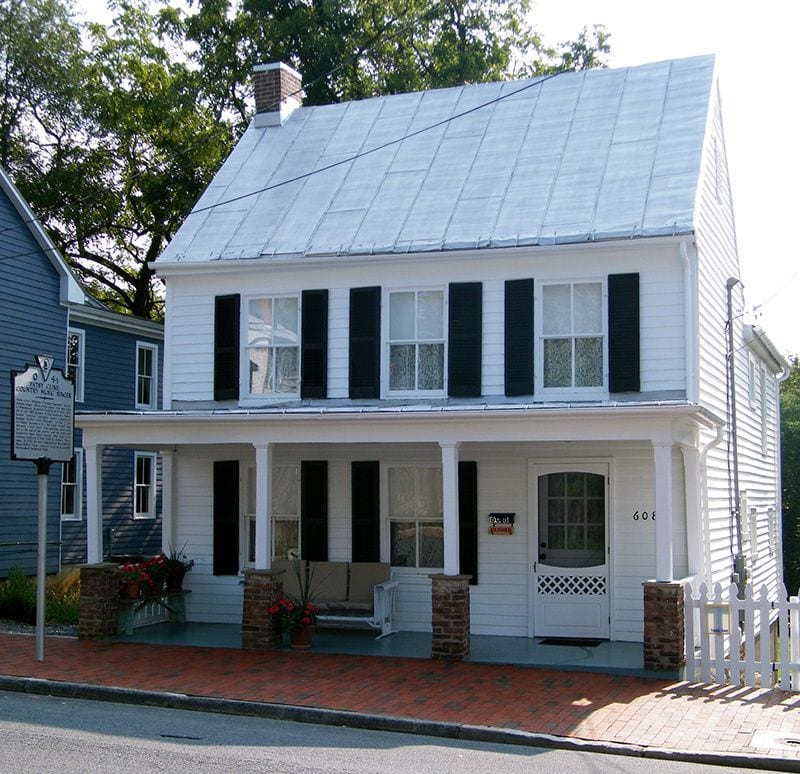 Some will pick up Homeplace seeking stories about Patsy Cline, whose former residence in Winchester was converted at long last into a museum, 50 years after her tragic passing. Others might seek it out for a chance to peer into a neglected corner of American music history, to play ‘Where Are They Now?’ with one or two participants in that history to whom fate assigned the role of also-rans. Such readers will find what they’re looking for: Lingan ably tells the famous story of Cline’s audition with the then-local DJ McCoy, who lit the fuse to Cline’s career by transmitting her powerful voice across the region. He covers Cline’s death, and the heartaches McCoy suffered afterward as he struggled to maintain a career in a Nashville music industry he helped build, but which offered him little in return for his service. But Cline’s and McCoy’s stories, though central to the book, are just one artery from which a dozen tangents take the reader. At a certain point early in telling the story of how he came to find Winchester’s half-forgotten legends, Lingan has the good sense to go bigger, and give readers the larger, untold legend of Winchester itself.

Homeplace tells the story of Winchester’s present moment through its current crop of residents, using the famous figures of its past to provide the history that has shaped it to this point. Lingan uses his own travels, in town and throughout the surrounding area, as a narrative frame. Like JudySue Huyett-Kempf, the tour guide who leads Lingan through the Patsy Cline Historic House and Museum, and later on around the rest of Winchester, Lingan freely inserts himself into his story. It’s this overarching account of an outsider discovering the wonders and mysteries of an out-of-the-way American town that keeps the pages turning. 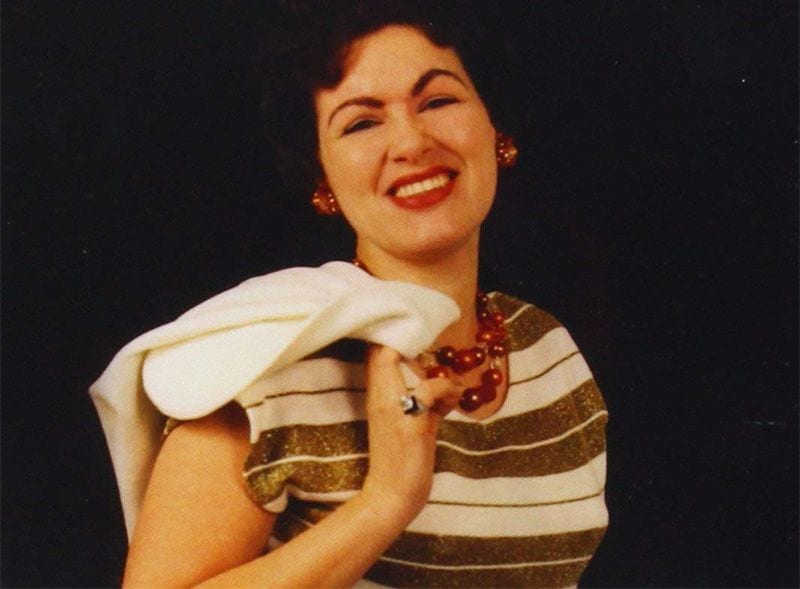 Tension is relayed through the cultural shift happening before Lingan’s eyes. While a changing economy threatens to sweep away centuries-old hierarchies that began crumbling around the time Cline first stepped up to a microphone, new arrivals in the region (known locally as ‘come-heres’, as opposed to the native ‘from-heres’) bring sometimes unwelcome outside influences that clash with the old traditions.

As a reporter joining the ‘come-heres’ to dig around the nooks and crannies of a rural Southern town, Lingan treads a similar path to Brian Reed’s landmark podcast S-Town, about the Alabama town of Woodstock and its mad-genius denizen, John B. McLemore. The difference between Homeplace and S-Town lies in their respective titles. Both pieces take their names from their central characters’ pet names for the places they live in. ‘S-Town’ is a sanitized shortening of the pathologically angry McLemore’s epithet ‘Shit-Town, Alabama’. But for McCoy, the grounds on which he daily watches the sun rise and set are his ‘Homeplace’. It naturally follows that Woodstock, Alabama, seen through McLemore’s lens, starts off looking rather like a cesspool churning with all the horrors of modern American decay, while McCoy’s home region is allowed a veneer of Anytown, USA, romanticism. While Reed had to work like he was pulling impacted molars to extract sympathy from the characters who drew McLemore’s ire, Lingan’s challenge lies in gently reminding us that Winchester has its own cesspool churning, if you will, just beneath those postcard-ready blue ridges. 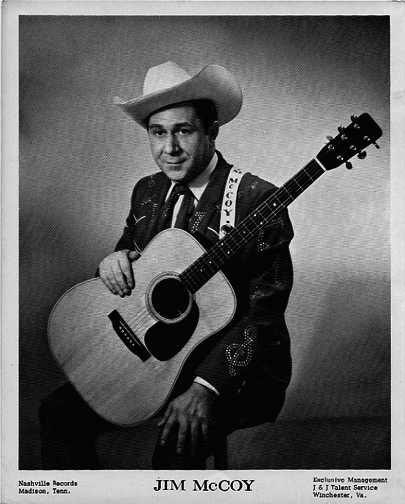 One of the ugly truths about Winchester lies in its treatment of its most famous daughter. Cline’s artistic sensibilities, her strong personality, her refusal to stay in the box she was expected to inhabit as a woman in that time and place, all rankled the town’s traditional establishment. This upstart from the poorer classes made barely a ripple in the town’s press even as she stormed the charts around the country. After the plane crash that took her life in 1963, the local paper seemed more concerned with the mob scene at her funeral than with the heartbreaking tragedy of her death. This is one of many injustices perpetrated by the city’s elite.

Lingan keeps his treatment upbeat though, preferring to focus on the good folks, local and outsider, who each add their own flavor to Winchester’s unlikely melting pot. For example, there’s Jeanne Mozier, originally from upstate New York, who brought an internationally-recognized annual water-tasting to nearby Berkley Springs, just over the West Virginia line (the book’s most hilarious passages come when Lingan gets roped into joining the tasting’s judging panel, and endures an assault of dozens of bottled waters on his taste buds — and his bladder). There’s Perry Davis, the African American owner of the diner Just Like Grandma’s, in whose expert take on simple bacon and eggs Lingan just about finds religion. And there’s Oscar Cerrito-Mendoza, the self-self-described “quadruple minority” (a former undocumented immigrant, Latino, gay and disabled), who works tirelessly on behalf of the region’s mainly white homeless population.Not that Lingan’s cast is completely lacking in angry characters. Winchester was also home to the prominent book and blog ranter Joe Bageant, whose writings (among them the essay collection Deer Hunting with Jesus, Crown, 2008) shed a more McLemorian light on Lingan’s setting: “To be sure,” Bageant wrote on his blog in 2004, “it is the standard venal Southern place, where poverty and ugliness are thrust into one’s face daily, with all the gothic family melodramas of greed and intrigue so often written about [in] Southern novels.” Bageant’s “crestfallen threnodies”, according to Lingan, “made Winchester sound like the evil nexus of a permanently corporatized, fallen world.” But Bageant’s placement in Homeplace (he makes his first appearance two-thirds of the way through the book) keeps his vitriol from poisoning readers’ impressions of a town which Lingan clearly feels has plenty of redeeming qualities to counterbalance the doom and gloom.

It’s those redeeming qualities that give Lingan’s work its power. And they lie mostly in the hearts of the everyday people he speaks to. Those who pick up Homeplace will find a means to escape the ugly partisan drone of their TV programs, to take refuge in something quieter and more measured on the page. In these times when we learn about the Other more often through derogatory memes than through in-depth reporting, an immersive experience like Homeplace feels exponentially more revelatory than any nonfiction you’re likely to have read since the dawn of Twitter. It’s a refreshing shift in intellectual gears, and the details about rural American living that Lingan spotlights, even when they depict this society as substantially less than perfect, combine to make for a poignant but satisfying whole: a trip through Winchester, at least as seen, heard, smelled and felt through Lingan’s pen, is just plain good for the soul.

Winchester, Virginia, like Woodstock, Alabama, is emblematic of a rural America caught in “the never-ending American fight between commerce and culture.” Lingan could just as easily be talking about Newport, Vermont, Winsted, Connecticut, or Joshua Tree, California. By searching with an open heart, and writing with a frank honesty, Lingan manages an impossible feat: to make Homeplace an antidote to the divisive anger of today’s America and to the unrealistic nostalgia that our current despairs inspire. The Joe Bageants and John B. McLemores of the world might see today’s Winchester as an abomination of corporate greed and small-town small-mindedness. But, bless his heart, Lingan presents it to us as he sees it: as a place where good people of all types and backgrounds find ways to maintain the bonds of community that big business would otherwise tear to shreds, where a bit of food or drink is all that’s needed to make life bearable, where music is, “at root, just a way for people to be together […] an excuse to communicate, to share, to celebrate” — in short, as the kind of place that anyone might feel lucky to call home.