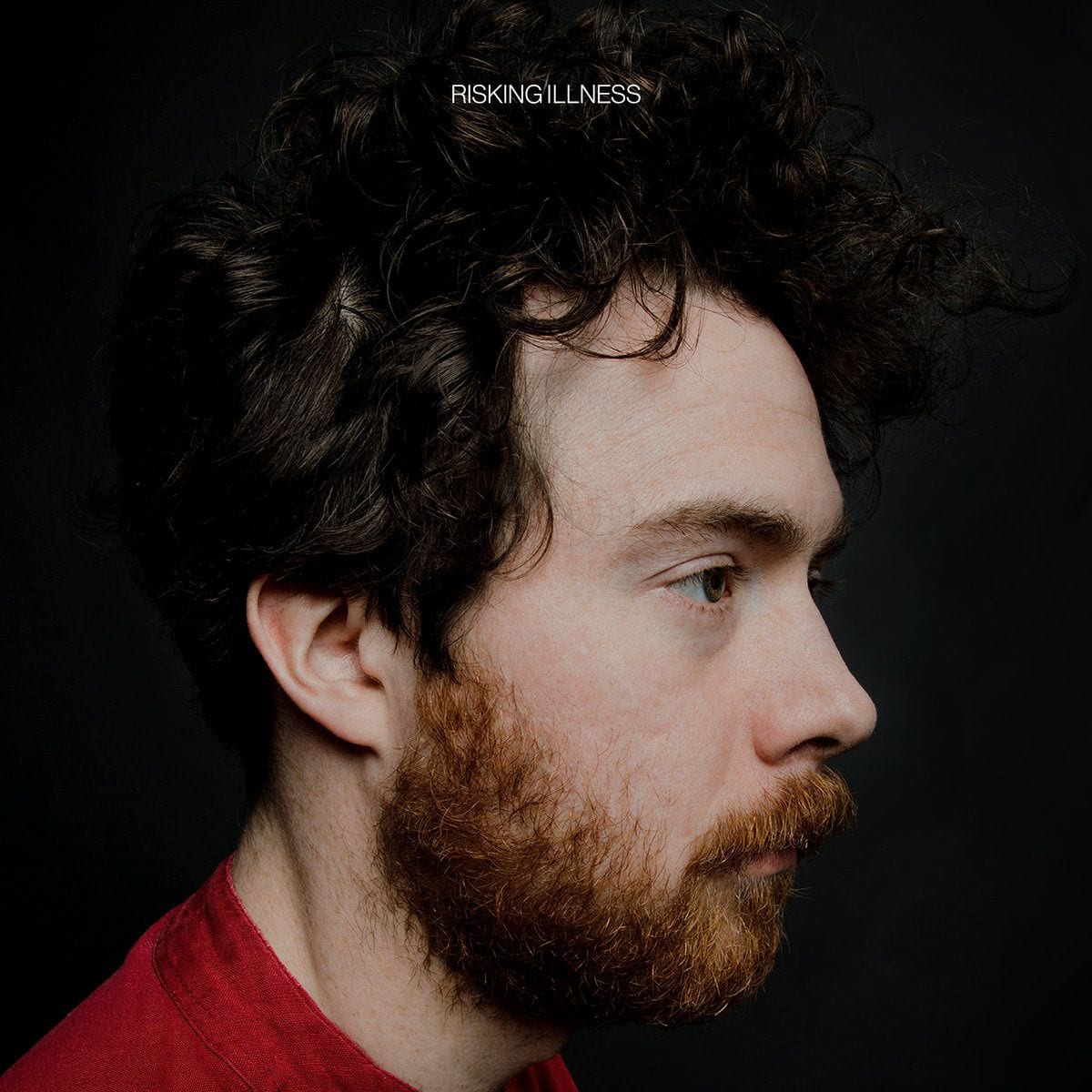 The title of Ian Wayne’s new album, Risking Illness, comes from a song near the end of the album. “Winter’s” – like the rest of the album – was inspired by the sudden 2017 death of Wayne’s three-year-old nephew, who lost his life after a brief battle with leukemia. “Risking illness unknown to me now, I get up in the morning,” Wayne sings over sparse acoustic guitar fingerpicking. “The thought now remains / I can look back and say from the edge of the stage / I was here when his life slipped away.” In the album’s press materials, Wayne speaks of the loss that inspired the song: “I wrote ‘Winter’s’ grasping for signs of my pain that I could show — that I was on tour and not with my nephew during his last few weeks of life, that I can’t feel his absence as strongly as my sister, his mother. I was writing about guilt and calling it pain — the two are easily tangled.”

As a result, the overall tone of Risking Illness is far more somber than his somewhat more upbeat, lively debut, A Place Where Nothing Matters. But while it’s true that this album is suffused with sadness and loss, the music is delivered in a refreshingly direct matter, bringing Wayne’s warm vocals to the forefront.

The instrumentation is also a vital component of this stark, beautiful album. While Wayne plays guitar, he’s joined by Keith Nelson on keyboards, Andrew Stocker (of Horse Teeth) on bass, and Dan Knishkowy (of Adeline Hotel) on bass. These assembled musicians – tracked live, giving the recordings a simple, unvarnished tone — come across as sort of a “house band” of Whatever’s Clever, Ben Seretan’s eclectic label, the imprint releasing this album. The foursome click magnificently, giving Wayne plenty of space to express emotion and providing some freewheeling jamming, as on the occasionally unhinged “Gimme Something”.

But the overall tone of the album is downbeat, with plenty of moments seemingly inspired by ’70s folk-rock. The warm, gentle melodicism of “Now Is Was” recalls early, introspective Jackson Browne, crossed with the directness of Neil Young. When the pace picks up ever so slightly on “Was/Just Was”, Knishkowy’s gently chugging rhythm seems to provide a necessary emotional uplift for Wayne. Elsewhere, slashing guitar chords weave in and out of the otherwise tender “Baby”, giving Wayne moments of primal catharsis as the eloquent lyrics provide counterpoint. “Here we find us in another chapter,” he sings. “In your building tapping at the walls / And washing in with peals of sundry laughter / And in the change from our love’s freeze to thaw.”

The fragile nature of romance is also explored on Risking Illness, as on the graceful “Aperture” and the warm, sparsely arranged “People”. With Knishkowy providing a pulse-like beat with kick drum and toms, Wayne sets the scene: “People walking by and we are talking / Older than us, their-own-business keeping / You and I decide the way it catches / How it empties if it scratches.” The refrain hangs in the air long after the songs end: “It could happen to anyone.”

And while the full-band dynamic is a vital component of this disarmingly beautiful album, it’s often the quieter moments that pack the biggest emotional punches. Risking Illness closes with “This”, as a stark upright piano accompanies Wayne. “Stuck on the losing end of this green light,” he sings, before his low-key vocals suddenly transform to a full-on belt with “and out of season, bells are ringing.” The song has a quiet, hymn-like feel, with the lyrics coming across as abstract poetry and Nelson’s piano piercing the air. It’s a fitting close to a quietly gorgeous album wrapped up in emotion, sadness, and a possible search for closure.