Who hasn’t wished there was an “undo” button to our lives? How many of us have heard or posed the question, if you could relive your life again? This hypothetical question conveys a wish to escape the prison of time, it’s a wish that only storytelling can fulfill.

In Jon Mikel Caballero’s The Incredible Shrinking Wknd (El increíble finde menguante, 2019), Alba (Iria del Río) travels to a country house for a weekend away with her longterm boyfriend Pablo (Adam Quintero) and their friends. When Pablo unexpectedly breaks up with her, she inexplicably finds herself again in the car travelling to the house. Transitioning from an initial confusion, to breaking up with Pablo first, to fighting for their relationship, not only does she come to realise that she’s caught in a time-loop, but that each repetition is running one hour shorter than the prior one — and time is running out.

If time stops and is rewound, then why are Alba’s the only memories that remain intact? No rationale is given, no reasonable explanation hinted at. Instead, Caballero relies on his audience’s discretion. To contemplate or discuss this is to expose a fragility in the storytelling process, especially in this story whose premise centres around unexplainable phenomenon. It relies on the audience’s willingness to accept the narrative convenience and by so doing, suspend their belief. 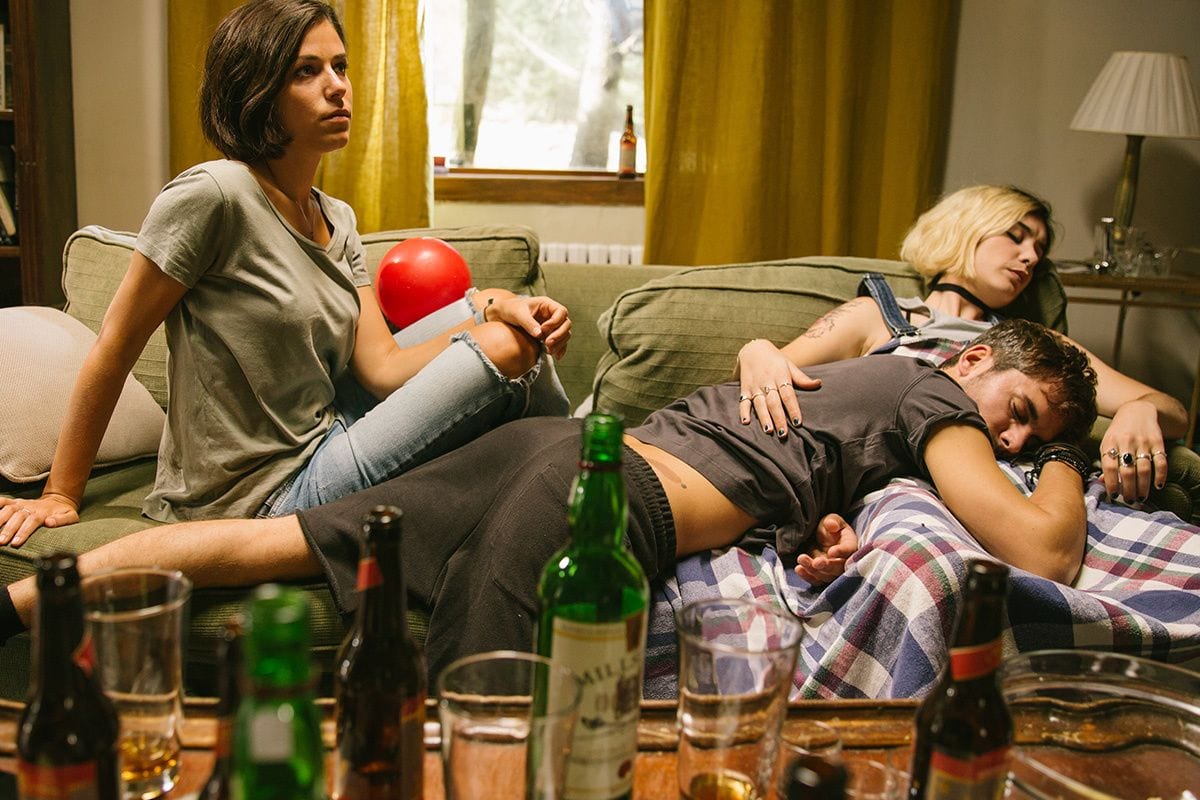 It was Albert Einstein who said, “Imagination is more important than intelligence”, and The Incredible Shrinking Wknd is a film that in part requires its audience to engage with the film with their imagination, to restrict their intellectual interrogation of the logic of the phenomenon. The unexplainable events in this story allows us not only to revisit the infinite imagination we possessed as children, but casts cinema as a transformative and time-travelling experience. In essence what we rediscover is, in part, our inner child, although we are rarely conscious of this action without a joint retrospective and introspective critique of the way we tell, watch, and experience a story.

There is, however, a practical necessity to this unexplainable phenomenon. The characters, not the audience, are the engine of the drama, yet here lies a contradiction. The emotional response of the audience is necessary for the drama to transform from concept into actuality. Logically, Alba’s memories would be wiped if time has rewound, yet our passivity in influencing the narrative outside of our emotional responses to the drama requires the memories of one or more of the characters that are active participants in the cycle to remain intact.

Out of this necessity and our willingness to suspend our belief, the mysterious can provoke questions that allows the film to transcend entertainment and to provoke a deeper discussion. This, however, does not seem a serious intention of The Incredible Shrinking Wknd, and yet as with any time time-travel or time-loop film, it can feed into fevered discussions about the natural laws that would govern such phenomenon. 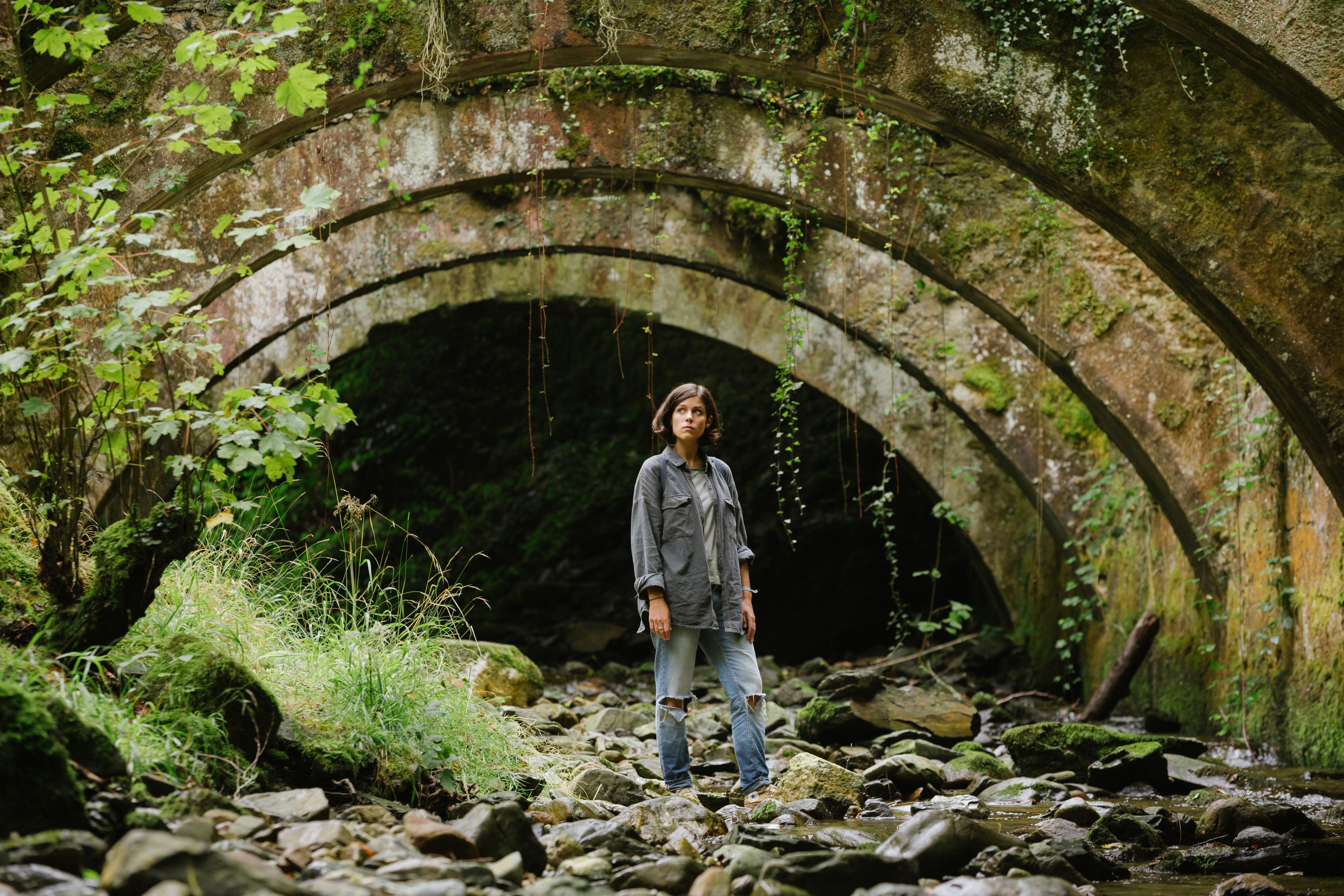 Caballero does not perpetuate the romanticism of reliving the past. Instead, he shows it as an anxious and frustrating experience. He effectively ratchets up the anxiety, culminating in a form of panic attack or mental break in a later loop that Alba experiences, and that deepens the bond between the audience and the character. A critical juncture, this is one such moment that goes a long way to a story being either successful or unsuccessful. In this moment we share her exasperation and form an emotional bond as we realise that we have become immersed in her experience.

What leads to this exasperation is the naïve supposition that reliving the past is an advantageous opportunity – the metaphorical “undo” button we so often fantasise about in our day-to-day lives. The Danish philosopher Søren Kierkegaard said, “Life can only be understood backwards; but it must be lived forwards.” Here, in The Incredible Shrinking Wknd, the concept of hindsight is complex, in which understanding is a process of trial and error.

As humans we are prone to repeating our mistakes, miscommunication with friends, family and partners are a common source of conflict. As we move through relationships we learn how to become one half of a couple, and the charm of Caballero’s film is that he condenses this process into a time-loop, and in it’s culmination strikes upon a realisation that sometimes it’s the simple words and gestures that are the most difficult to find, yet are the most important in sustaining our relationships.

The comparisons between the two films are fair, but there’s a healthy degree of separation. The country house setting, the premise of shortening the time-loop repetitions coupled with the narrowing of the frame-lines of the cinematography, an effective visual cue, and an emphasis on drama over comedy — these methods collectively create a superficial contrast. Meanwhile, as an updated and contemporary version of Groundhog Day, it’s a world in which technology and social media has enabled the YouTube entrepreneur Manchu — who can bypass network television entirely — to thrive. Then there is Alba, who represents the ‘stay-at-home’ or ‘boomerang’ generation, whilst the rumblings of discontent from her friends echo the common social, political, and economic frustrations throughout the world.