Remember the Future
ionnalee
To Whom It May Concern

It was difficult to tell whether or not ionnalee was crying.

Here she was, no more than two songs into her set at the Bottom Lounge in Chicago in 2018, when the roar of the crowd was so deafening that she took a moment to kneel at the lip of the stage. Perhaps a bit stunned that after all of the years of putting out multiple visual albums, dealing with career-threatening medical scares, and now playing to an ever-increasing cult fanbase, she was awash in pure adulation. If she wasn’t crying, she was certainly holding back tears of joy.

“I didn’t expect that many people,” ionnalee says one year later, backstage at the same venue. “Just meeting everyone, I realized we made this tour together like that was very evident at that point. Just seeing people, seeing how strongly they were invested in this — it was a complete turnaround for me. Also, that first show? I didn’t know what to expect: if people were going to be mildly enthusiastic [or what]. “

And as she took the stage, it was clear that people were ecstatic. After arriving in prominence due to the name of her project iamamiwhoami — literally teasing listeners in 2010 to guess her identity before they figured out she was the Swedish-born singer Jonna Lee — the project churned out no less than three visual albums, each one increasing in quality. Her chilly, oft-cryptic visuals were married to electropop experiments that were at times danceable, at times confrontational, and sometimes hewing closer to pop convention. Her last iamamiwhoami album, blue, arrived in 2014 and was pushed to the finish line with the help of some crowdfunding.

A medical scare led her to work on a new solo project, one that wasn’t produced by her long-time collaborator Claes Björklund. Scared of losing her voice, she worked frantically on an album that very much addressed handling your legacy and what you leave behind when you’re gone. Appropriately, the album was titled Everyone Afraid to Be Forgotten, and she again turned to her fans to help fund a world tour. She planned for a month-long campaign to secure all the dates she wanted — and it was funded in full in just five days.

Yet as the “stretch goals” kept coming into focus (the Chicago tour date in 2018 was one of the ones added after the fact), the biggest long-shot goal was added to the end of the campaign. If the full 3.2 million Krona was raised (which is roughly $330,000 USD), fans would be treated to a brand new visual album, set to be released in the summer of 2019. While that stretch goal wasn’t met, the Kickstarter still nearly doubled its initial ask, and here ionnalee was, one year later, touring without the help of crowdfunding and on the verge of the release of another solo album, making for her quickest turnaround between projects ever.

“Everyone expected three years from the first journey,” ionnalee tells PopMatters when addressing the time between projects, “which is still ongoing and is always going to be. Once I was making it, of course, there were songs that didn’t make it on that album, and one of them is what I’m making the new album from. This process was ongoing: there was no sort of ending to that and beginning of a new [process]. So doing this tour, once I got back from it, I was alone in the house — I haven’t been for a very long time — so I had time to reflect on everything, and I started writing a little bit and thought, ‘maybe I can release just one single’. I don’t want to push myself and put too much planning ahead [of me]. But then there was another track and another one, and then someone said (someone: Claes Björklund, [whom] I collaborate with, said ‘this is really good’) and then it just continued on and then all of a sudden: it was an album.”

Remember the Future, which (bear with us here) marks Lee’s fourth solo album, second under her new stylized name of ionnalee, fifth since she started iamamiwhoami and seventh record overall, is very much a turn from the frank, almost militarized beats of Everyone Afraid to Be Forgotten. While that record had Lee giving her frank statements about the state of the world and organized religion, Remember the Future is much a much more joyous and accessible record, although not without its own rough edges. Fellow Swede Jennie Abrahamson and the great Zola Jesus both provide guest vocals, while Lee’s long-standing friends Röyksopp help provide production on “Mysteries of Love”, a cover of the David Lynch/Angelo Badalamenti composition from Lynch’s landmark 1986 film Blue Velvet. 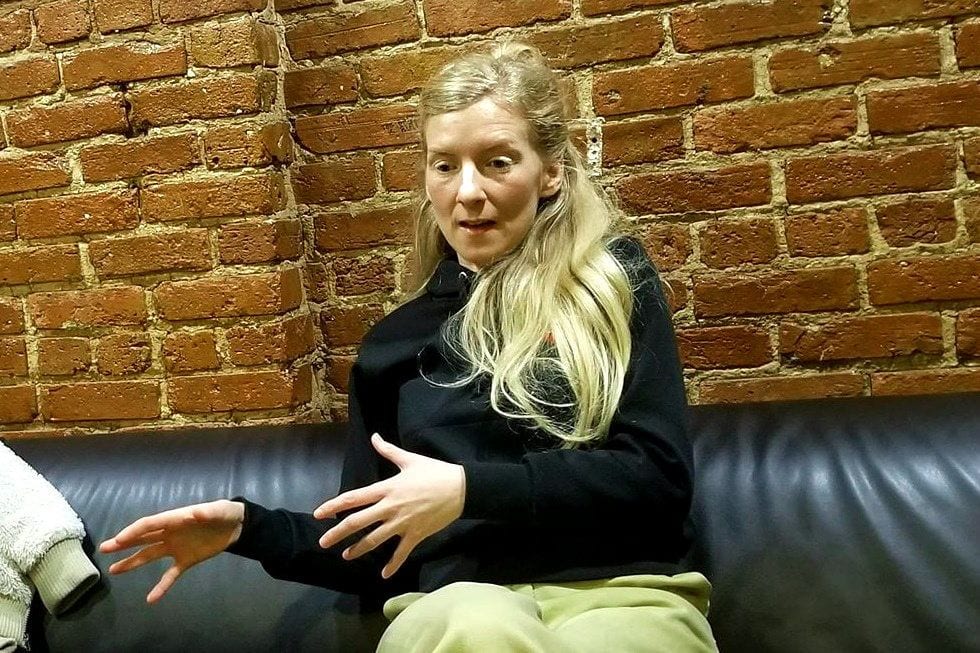 Cover songs, open collaborations, and an overall somewhat more optimistic vibe? This is a stark contrast from the ionnalee we met just one year ago. What led to such a change so quickly?

“It sounds like a playful process because there was no plan,” Lee explains. “I’m very [much the kind of person that says] ‘This is going to be a big production, it will take a long time, this is when we start’ — I have a very elaborate plan for everything, but this time it was more like ‘let’s see what happens’. It was fun to ask people to contribute, and it all went so smoothly. I don’t think I had this kind of easiness about it, but it was fun and not dragging and draining like it can be. The pressure was off a little bit, because also people weren’t expecting it — which is kind of what I needed.”

When pressed as to whether or not this really was more of an exploratory record, Lee agrees but says “I haven’t had time to reflect on it!” before laughing. “I haven’t been living with the songs for that long, which is also very nice, because now I’m playing some of the things live and [it’s like] ‘Oh, what is this?’ But I feel like the main sort of focus around the album has been — my drive and my closest ones look towards the future because there’s been a lot of stuff happening around me that hasn’t been very good, like family and friends that haven’t been well, and I wanted to make something that was positive, ya know? Something we can use to look forward and not just look backward [with]. EATBF was a lot about closing what’s been, and whatever happens in the future is kind of the end of the cycle. This is the beginning of something new.”

Given the tight turnaround, fans shouldn’t be surprised that this time out, Lee isn’t breaking her back trying to match Remember the Future song-for-song with a corresponding visual element. While she did make a 53-minute film to go with EATBF, the narrative was a bit more structured and not every song was included. For Remember, Lee is putting out only select music videos, albeit with thematic connective tissue. “Some Body”, with its populace wearing hypnosis goggles and lee trudging across a landscape with a glass box containing a small plant strapped to her back, seems to point to a climate change message, but she notes that the themes are much bigger than that.

“The plant thing is featured in ‘Open Sea’, and it has specific meaning for me and John and Claes. As for climate change, the lyrics in ‘Some Body’ are ‘And they remember the good times / Live in splendor of old times.’ It’s kind of space-age naïvety. In the 1960s when the first Space Age happened, there was a lot of positive outlooks for exploring the future, and now the exploring of the future is ‘How do we survive as a human race and where do we go when we’ve consumed this planet?’ ‘And we remember the good times’ is kind of a comment on societies here turning a blind eye to fact and reality of things. That’s what the hypnosis glasses are for.

“The format of my previous releases have been very extensive, visually,” Lee continues. “As visual albums have become something people talk about and do. I’ve felt that the format itself is not why I make what I do, so I’m trying to not, first of all, put too much work on myself, as it takes too much time. I’ve done it for ten years. Now, if there’s something communicate with each release — and if I had the funds and time, I’d make visuals — but not for the sake of it having to be, because I think you’d just end up blurring out a lot of stuff and it’ll be nice and pretty but there needs to be weight and substance to it.”

As we continue our discussion, Lee notes her favorite tunes on the new record (“Some Body”, “Wipe It Off”, and the title track), discusses her strategy for incorporating them into her performances (“If you put something new in [the set], something old has to go”), and why that David Lynch cover — previously something her and Röyksopp only did live — made its way into the album (“It [has] sheer positive energy” she exclaims). As she speaks, she is so clearly excited about what’s ahead but is even more excited to see what people take away from Remember the Future.

“When I meet people, like for the past year (and the first time) and meeting fans and seeing these people, a lot of them tell me how they’ve struggled through some tough stuff, I feel like I can relate to it so much and I kind of feel like blue was that album for a lot of people. For a lot of people, it was also “iam has gone in a completely different direction!” — and for Claes and me it was the only way we could continue. Remember the Future is that for me right now: it just brought so much joy into my life, and so I’m hoping that that will be something people can use it for, to feel something new.”

And as for her future? “I’m still very much in ‘the now,” she notes, smiling. “I do have plans, but not like specific. I think I need to rest a little bit. I want to play at bigger venues. I mean, I’ve had those kinds of visions since I was a kid, and then I always end up doing things my way, because I want to be in entertainment, so the road is really rocky, but we’ll see what happens. Hopefully, people will come to the shows. Maybe I can come back — who knows when? After the tour, we’ll see after the album is out. The album that wasn’t meant to be.”