The romantic comedy, far from its heyday in the ’90s, has become an oversaturated and cliché-ridden genre. But to satirize rom-coms, or to bemoan their lack of originality or insight into the human condition, is just as unappealing. The reality of the genre is that much of it, in all its iterations, is tired. But can’t the same be said for genre fare at large? Rom-coms, like all genres, have good and bad exemplars in equal measure. Science fiction, fantasy and superhero films, it can be said, exist in a similar place of well-worn, unreliable charm, with flat characterization and copy and paste screenwriting consistently giving a bad name to the form at large but with the occasional and sublime exception revitalizing the craft and reinstating hope in the hearts of die-hards.

The difference is that rom-coms are considered feminine. Other genre fare, with its burly (mostly) male heroes or nerdy young prodigies who come into some fated riches of power and recognition, are given much more leeway on their way to general acclaim. To note issues of gender is unavoidable — rom-coms are “chick flicks”, while superhero blockbusters or sci-fi franchises cater to male decision-makers and assert their own canonization. Even the best and most widely appreciated rom-coms, like When Harry Met Sally (Rob Reiner, 1989) are often derided as guilty pleasures, whereas forgettable films like Ant-Man (Peyton Reed, 2015) and Deadpool (Tim Miller, 2016) can thrive, critically and commercially, on the basis of their male characters’ self-regarding chivalry. (That Paul Rudd or Ryan Reynolds’ bland humor in these roles is seen as a clever device, and not as a cheap selling point, speaks for itself.)

In any case, rom-coms are making somewhat of a comeback in recent years, largely thanks to streaming services like Netflix. But the disdain from some is still there, and it’s worth noting how these modern additions to the genre tend to either wholeheartedly embrace the well-worn format or offer some sort of cheeky rebuttal. Isn’t It Romantic, directed by Todd Strauss-Schulson and starring Rebel Wilson, does a bit of both. The premise, like last year’s I Feel Pretty (Kohn and Silverstein, 2018) and, yes, Adam Shankman’s recent What Men Want (2019) calls out and challenges rom-com tropes while also, perhaps counterintuitively, submitting to them.

Isn’t It Romantic follows Natalie (Wilson), an Australian woman living in New York City and working as a mid-level architect. She’s chubby and cynical, told by her mother early on in life that fairytale romances (like the one in 1990’s Pretty Woman, which Natalie watches as a child) aren’t for her. She’s talented and enjoys her work, but her coworkers treat her dismissively. The exceptions are her friends Josh (Adam Devine), who clearly has a crush on her, and Whitney (Betty Gilpin), who loves and supports her but nevertheless spends the entire workday watching movies instead of assisting her.

Unlike in I Feel Pretty, Natalie’s blunders are matter-of-fact rather than played for cheap laughs. For the most part, viewers are coaxed into laughing with her, not at her, which is quite different from the tactic employed by Amy Schumer in much of her comedy. Both approaches have their strengths, of course, and Isn’t It Romantic‘s strength is found in the genuine empathy we’re allowed to feel for Natalie and the imperfect woman she represents. At the beginning of the film, she concedes her moment in the spotlight during a presentation to a handsome visiting billionaire named Blake (Liam Hemsworth), who insists she run out and get him coffee. His dismissal isn’t surprising, but it’s supremely effective in getting audiences on Natalie’s side.

In the subway tunnels one day, Natalie is mugged and runs into a steel column while attempting to escape. After the accident, she wakes up in the hospital and realizes that the world around her has become brighter, cleaner and more welcoming. She’s been transported into the world of a rom-com. The parallels with I Feel Pretty continue — although her appearance hasn’t changed, strangers start to find her beautiful and beguiling, and though she can’t seem to walk more than ten feet without stumbling, just about everything in her life has objectively improved. Her apartment is massive, her grumpy neighbor becomes her flamboyantly gay best friend and Blake, now with a likeable Australian accent (Hemsworth’s own), has decided to pursue her romantically. 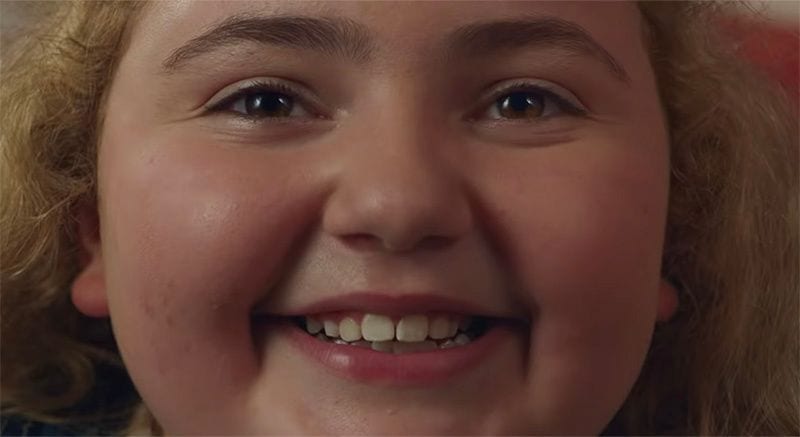 Cynical as ever, though, Natalie soon realizes that she hates this streamlined version of New York. Josh begins a romance with a gorgeous “yoga ambassador” (Priyanka Chopra) just as Natalie starts to confront her true feelings for him, and Whitney has turned into a Type A workaholic in heels desperate to best Natalie in the office. Although Blake is blandly charming and statuesque, his upper-class snobbery and traditional expectations are ill-matched for Natalie, who remains independent and career-driven throughout the film. The trick, she concludes, is to find true love in order to be taken back to reality.

So does she? The question is answered just about as well as the one posited by the film’s title. Luckily, this wishy washy approach, cynical one moment and romantic the next, is mostly a successful one. One might consider it a little cheap that screenwriters Erin Cardillo, Dana Fox and Katie Silberman decided to skirt the line between making fun of rom-com premises and embracing them, but in practice the method ends up mirroring Natalie’s similarly hypocritical mindset. In the end, Natalie forgives herself for her imperfections, and it’s not too hard for viewers to do the same.

A huge amount of credit goes to Wilson, who forgoes her familiarly raunchy approach (Pitch Perfect, Bridesmaids) for something much more down to earth. She’s biting and emotionally reticent, but deep down she’s sweet and good-natured, willing to forgive her friends for their overtly romantic notions. Devine and Gilpin’s performances, also very good, manage to locate a genuinely delightful repartee with Wilson that boosts otherwise forgettable scenes.

Hemsworth, Chopra and Brandon Scott Jones, who plays Natalie’s gay neighbor, are less effective, if only because their characters are tangential at best to the grander narrative. In parts, Isn’t It Romantic appears underwritten and under-rehearsed; Hemsworth and Chopra, especially, seem as though they could’ve used a few more run-throughs. But to criticize a film as self-aware and silly as this one is beside the point. Isn’t It Romantic is just as silly and cliché as the rom-coms it claims to satirize, and yet in execution it’s fully, inoffensively enjoyable. Regardless of taste and expectations, a film like is enjoyable. It doesn’t set the bar too high, but it clears it without much of a sweat. 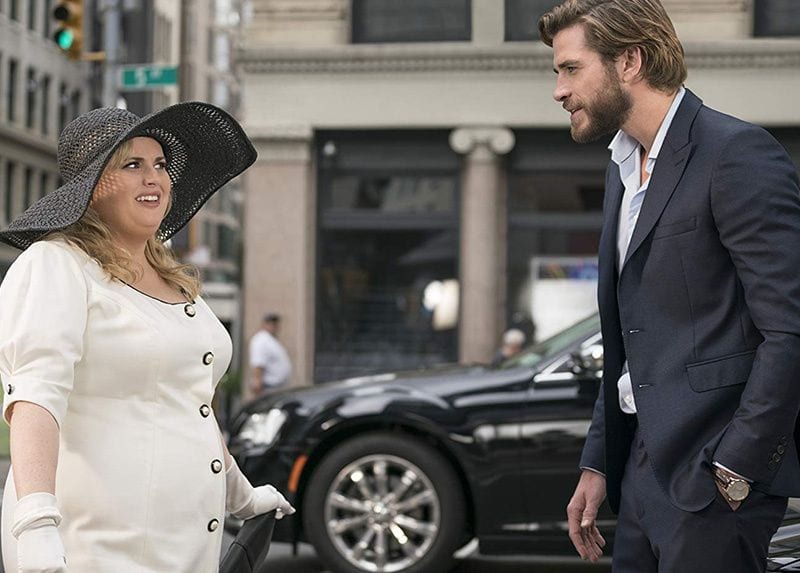