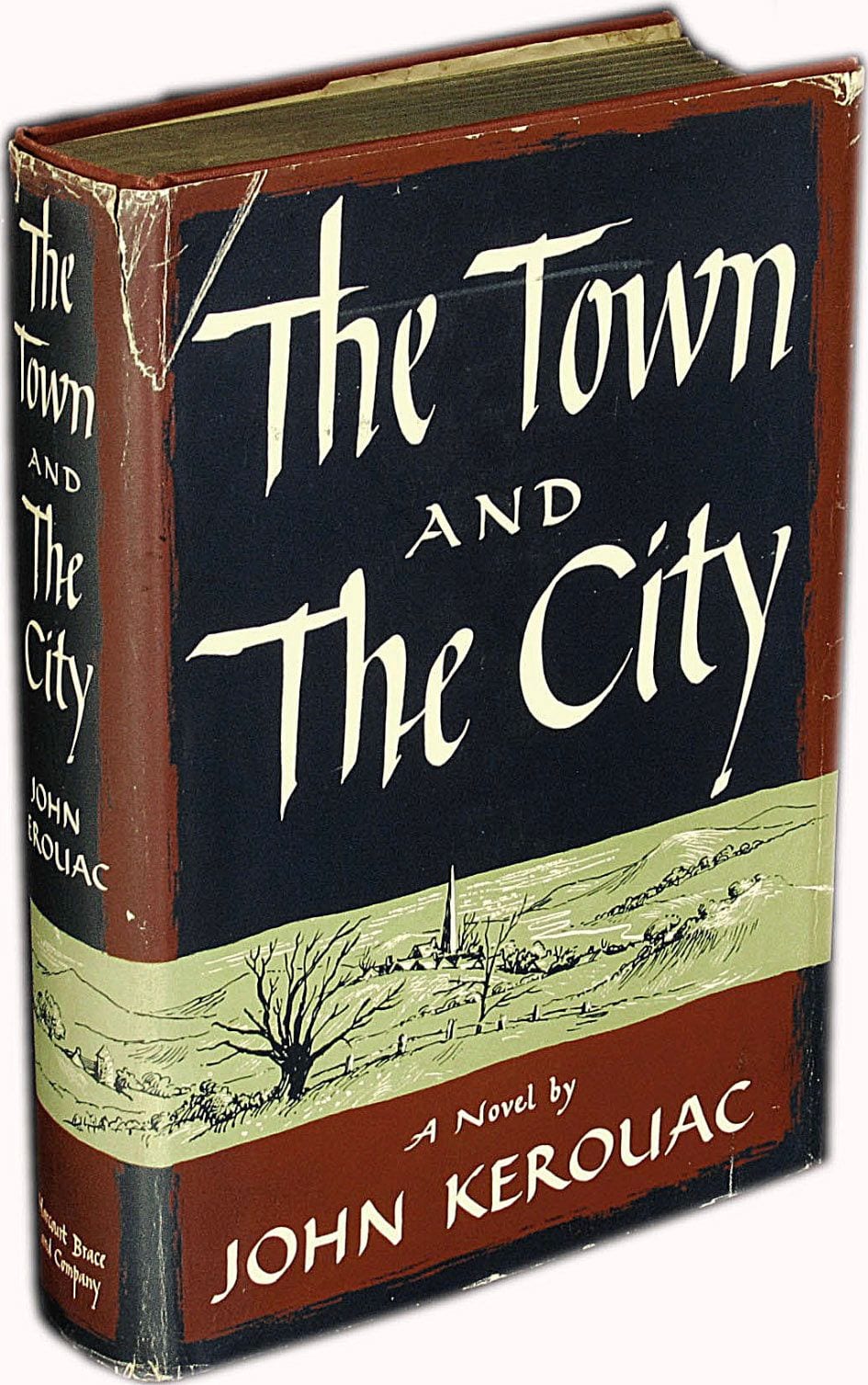 My family must have crossed paths a few thousand times with the Kerouacs. I don’t need to read his books to know what they’re saying.

Love is blood streaming between downtown cobblestones, and so is moonlight of the same oil greasing the machinery of working-man Lowell. The Hunter’s moon rises brighter than the eye clock of Lowell City Hall casting an oily shimmer on downtown’s Venetian canals. But the moon can’t go no higher.

I remember at 19 I was on Navy leave, and I was reading a paperback copy of Jack Kerouac’s first novel,
The Town and the City (1950) on my mother’s couch where I slept. I looked out the flung-open summer window and saw out there beyond the hill-crest, the facade of a grand Victorian home falling to its ruins, spilling concrete stairs into the depths of a weedy dandelion lawn where a rusty Model-T sat on blocks. Somewhere in that crumbling edifice, within the peeling-paint facade, lurked the drama of a thousand days, of wedlock and deathlock, of children long since grown into world-shaped adults hurled headlong into the nightmare jungle of living and perhaps all-dead now.

But all of it was new back in Kerouac’s day when he was a boy. Jack Kerouac must have passed that house when it once hosted a family, had heard its banging door and the glee-shouts of jubilant children playing under their mother’s watchful eyes. Kerouac’s teenaged one-step-at-a-time hitchhiking trips into neighboring Dracut must have been his training camp for the larger one-mile-at-a-time hitchhiking traipses across America.

That’s what I remember thinking before dipping back into the world of Galloway, Massachusetts, immersed in Kerouac’s carefree universe of daily grind and toil cut from the cloth of Lowell’s textile town and, by its closing paragraph, signaled a clarion call, the next direction I should take in life (though I was still bound by the Navy for a few more years):

“When the railroad trains moaned, and river-winds blew, bringing echoes through the vale, it was as if a wild hum of voices, the dear voices of everybody he had known, were crying: “Peter, Peter! Where are you going, Peter?” And a big soft gust of rain came down. He put up the collar of his jacket, and bowed his head, and hurried along.” 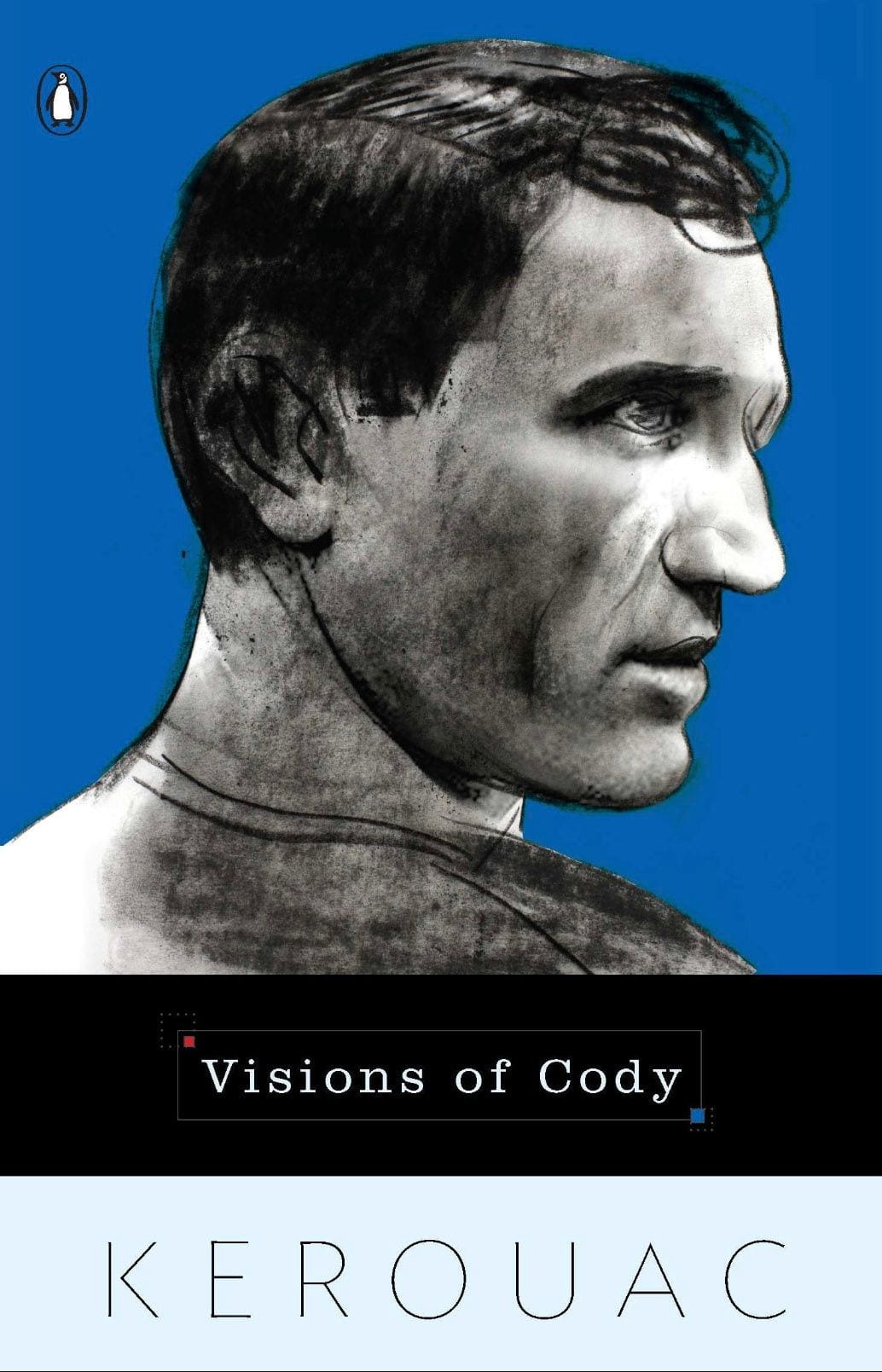 I felt On the Road didn’t match The Town and the City. I had already read On the Road, and was cautioned by someone I have since forgotten, that in that book there lurked an intensity that I may not have been prepared for. But that was not the case. The “road” book was castrated, defanged; its neck was slit. Whatever Kerouac wrote did not capture the poetic pudding of the matter found in The Town and the City. Perhaps that was because Kerouac had so eloquently caught Lowell’s essence in a bottle and poured it over the page like thick Vermont maple syrup. It was the novel, perhaps the only one, that he labored over the most by making every word count, instilling into it the very crux of existence, of humanity’s folly, and the overwhelming loneliness of impassioned existence.

The allure of Kerouac’s prose stuck; not a week after reading The Town and the City that summer of 1983 in Dracut, Massachusetts, I turned to 1972’s Visions of Cody while stationed San Diego, and from there I visited Tijuana, Mexico. It was day time, as military personnel weren’t allowed to enter the city after dark. Inside of the little Star Bar, where I read, it struck me as distinctly Kerouacian in its environs. Little tables were spread with starched-white tablecloths. A burning candle, meek and holy, sat at the center of each. There was a permeating stench of rank stale beer.

Men stood at a pool table with shirts opened, baring at their hard brown chests. One held a pool stick over his shoulders waiting his turn, resembling the Christ of the Passion of my parochial boyhood. Dark-skinned mamacitas flashed white smiles. They strutted to each table with their long, swaying black hair, selling dethroned stems of pink and red roses. The exotic Indian-blood of the fellaheen was right here and right now; it was proof that the earth was indeed an Indian thing.

The aromas of cooking meats and chili spices drifted in from street vendor just outside the door. A sharp blade of sunlight stabbed the doorframe when someone entered and inside, blueish shadows were stippled by neon American signs advertising cigarettes and beer. I had tried to read Visions of Cody back in Lowell, but it didn’t gel then. Here, it did, clicking together like magnetic puzzle pieces. Over several beers I felt every word of it.

It was like nothing I had ever read before. It was a language I was at once foreign to and familiar with. This strange tongue versed a new lexicon that had its roots in the same Centralville Lowell neighborhood I once lived. The prose was poetry. It wasn’t simply written for effect, but instead each sequence was a confessional burst of spontaneity usurping any Shakespearean or Melvillean monologue spoken by ghost-haunted Hamlet or monomaniacal Ahab. It was because Cody’s gospel spatterings did not depend solely on life or death, but on truth or consequences. It taught that at the long dark journey to the end of the night, it was okay to be lonely.

There was poetry in brick walls and reflective auto fenders, and heightened observation could be fodder for poetic experience. It was then that I picked up a notebook once I returned to the ship where I was stationed in San Diego, in this case a brand-new deck log acquired from the ship yeoman, and I began to write.

My Navy experience exposed me to that sort of male camaraderie that Kerouac and Allen Ginsberg inherited from Walt Whitman. It was present to me in the lean good looks of good ole’ boys from Kentucky and Texas with wide toothy grins; heard in goofy chuckles from Midwestern teens; foreign and alien in the tense muscling of the lean dark musculature of Southern blacks. These were all alien to me. Being from Lowell, the predominant skin tone was white, and there was a sameness, a pervasive whiteness that locked me out of the experience of the world-at-large.

My parents and everybody’s parents from Lowell were afflicted with a xenophobic rage implanted from their parents and grandparents and even further back, each generation back like the link of an anchor chain swaying bright, silent, and true in the surface depths, before disappearing in the ocean’s murk of the past where light cannot enter. We knew not the genetic code making us all share a likeness, imprinting that code of sameness from our childhood into adulthood. 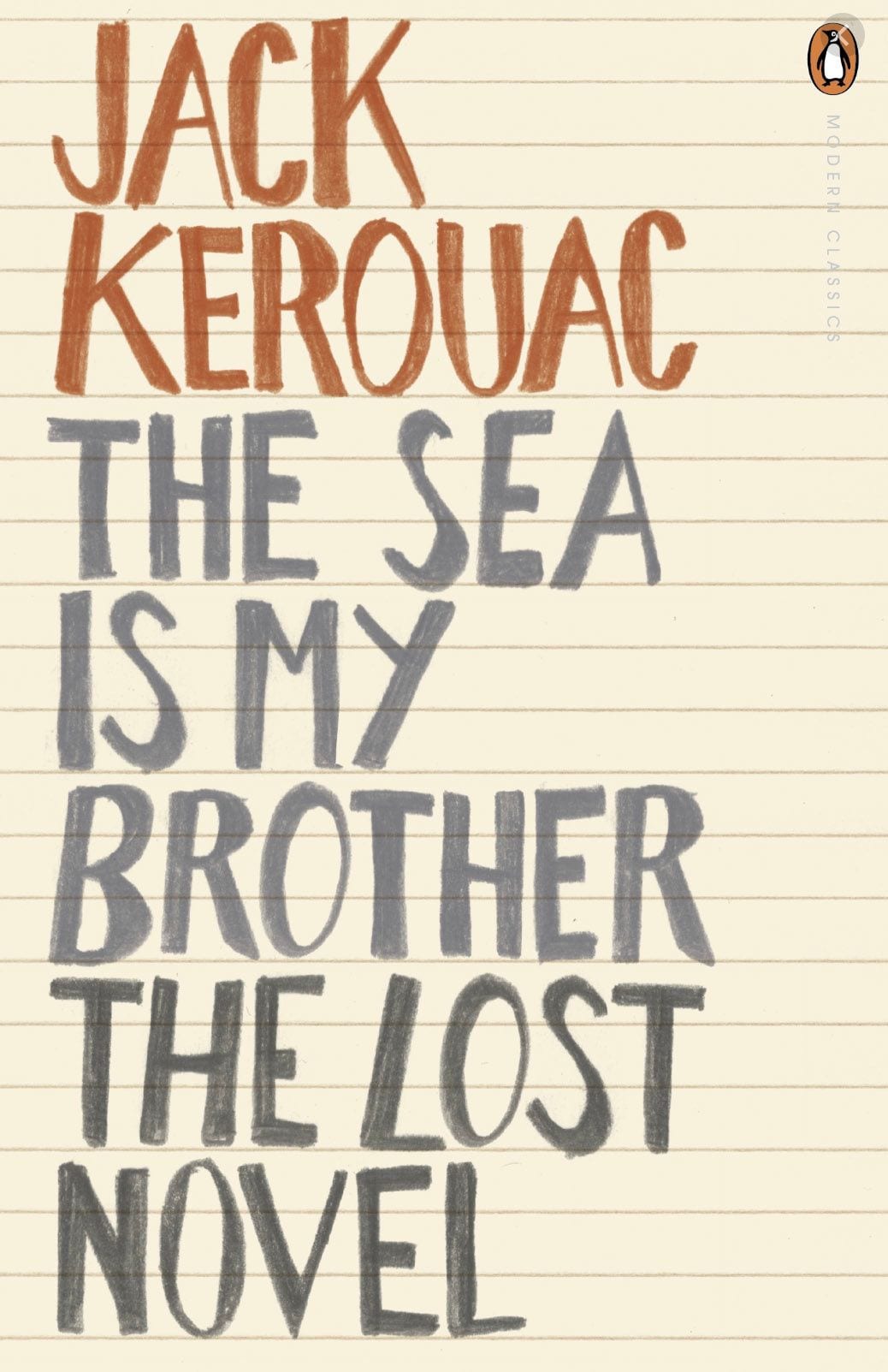 Reading Kerouac, I saw in living flesh all of the Cody Pomerays, Dean Moriartys, Sal Paradises and Alvah Goldbooks in each and every sailor I bunked with, each and all from every corner of America, revealing all and true as only comrades can do in the cocoon of shared experience. My experience at sea was no different than Kerouac’s merchant marine memories written of in Vanity of Duluoz (1968). The Universal Brotherhood Kerouac believed in so much that he wrote no less than three novels using it as its theme, was present under the threat of war. It imbued a sense of dread and mortal shaming, humbling the heart and making us all brothers at our roots. Had Kerouac’s The Sea Is My Brother been published back in the days of the Gulf War when I sailed the Persian Gulf, sweeping the open sandstorm-swept waters for mines, that may have been my sea bible.

“A quickened pulse in shadow, be they tygers or doves, the husk has at last been pierced birthing seeds sown into the harrowing meat of the world.”

Mill stacks stand taller than church steeples in Lowell, symbolically revealing the true god of that dying town. The bones of a thousand Irishmen and Canucks carry lunch pails no more. In the St. Louis de France recess yards where I was an elementary student, we hung off of a wrought-iron fence surrounding the rectory garden. We pretended to be crucified just like we were taught about the Passion of Christ by the Sisters of the Assumption of the Virgin Mary. All of the boys were separated from the girls who jump-roped in their plaid skirts at the foot of the red-brick school building. Once, a massive sweep of ice and snow was swept off as if from the arm of God, crashing below to the recess yard, narrowly missing the girls.

The smell of baking salmon pies, baked beans, and creamed corn drifted from the cafeteria where we ate our school lunches. It was only a stone’s throw from the Beaulieu Street home where Jack had walked in his brother’s shadow until the brother was no more, Gerard himself waked in the gloomy Kerouac parlor. Outside, brown finches chirped excitedly when they were flushed by a stalking cat from the April shrubs, each birthing virgin sprigs of leaf.

I knew not of this as a boy, but later, reading Visions of Gerard, it struck me as a cosmic revolution of the heart. Again I had crossed paths with Kerouac without knowing I had done so, and had done so one hundred different ways, each occasion finding their way back to me in the descriptive cadences of his prose. Every book was a strange black river traversing the continent of my being until it found the one true sea at last.

It is now 21 October 2019, 50 years gone since Kerouac’s death date. At the time of his dying, I was six-years-old, barely a single month into my St. Louis de France school experience, and only a mile away from his funeral mass. During that noon, I was likely staring out of the school window at the whirlwind caught in the vestry below, tossing October leaves like bright confetti, rattling their frayed edges upon the wrinkly tar. I sat at my school desk just under the wooden crucifix on the plaster wall where once Ti Jean himself stared at it in hypnotic reverie in this very same room.

I was cosmically tied in a way that cannot adequately be put into writing. In the ensuing 50 years, 13 years after Kerouac’s death, I picked up his books as he would have hoped, taming my own sense of imminent life danger, wondering what roads I would be led to and where, making sense of the world at Kerouac’s directive, and I am all the more wiser.