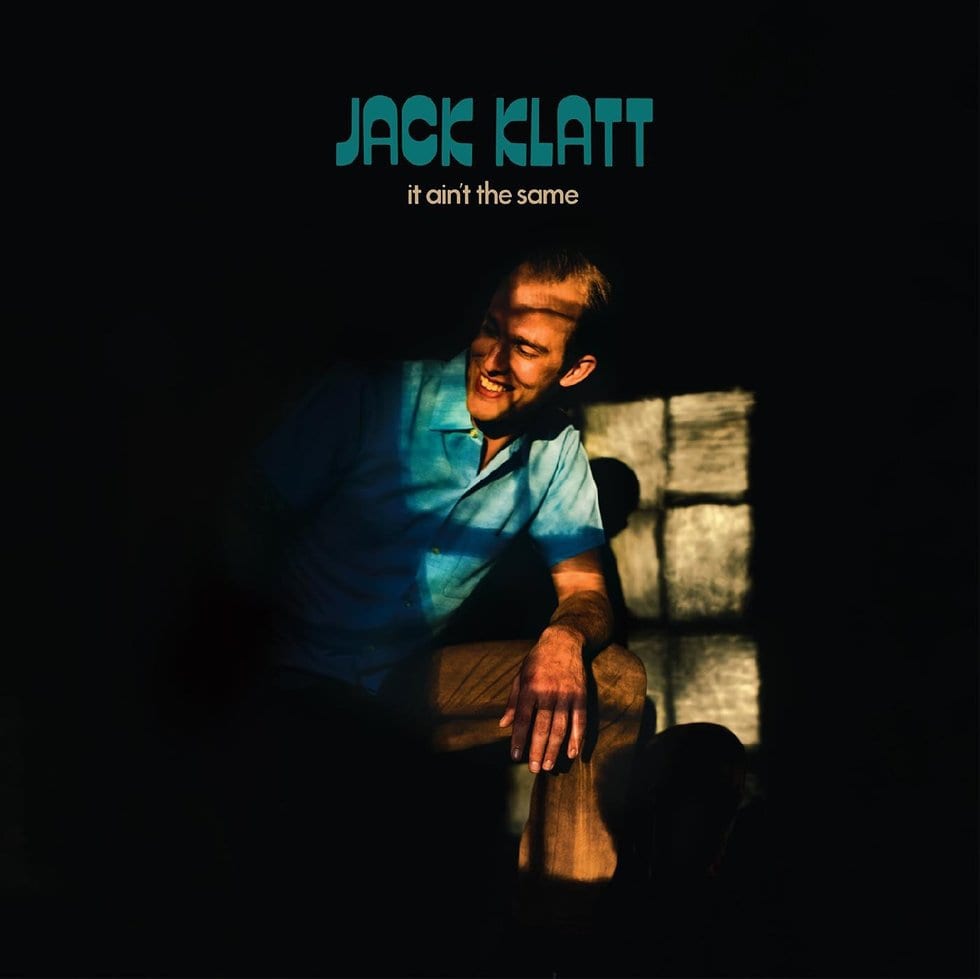 If you have listened to enough albums released in 2019, you may have begun to detect a common theme emerging: How will we survive in a world gone mad? There are degrees of subtlety to this theme from album to album, but songwriters across the musical spectrum are wondering how we’re going to get by and what’s going to happen next in a world that seems to be increasingly odd, and often just plain awful.

Minneapolis singer-songwriter Jack Klatt has had these thoughts, and he’s come to some conclusions, which he expresses simply and eloquently on his new album, It Ain’t the Same. Klatt immediately introduces the theme in the opening lines of the album’s first track, “I’ll Never Let You Down”. “Wildflowers are hard to find / In a world that’s lost its mind,” Klatt sings, following a fade-in to the song/album that gives the listener the impression that Klatt is in the middle of a conversation with himself and is inviting you to join him.

Later, in the slow and bluesy “Caught in the Middle”, Klatt notes, “The world is upside down / And I’m caught in the middle / Who is that clown / Speaking only in riddles.” Without naming names, “Caught in the Middle” is a dark reflection on modern life, but Klatt hopes to find some redemption for himself and others, maybe through music. “But I’ve got a song / I’m gonna sing it proud / If we sing it together / What a beautiful sound.”

So, Klatt acknowledges the darkness, but in a recent interview with PopMatters, he noted that It Ain’t the Same “is a record about Love. Not just heartbreak or falling in love, but the big capital L LOVE. It’s an optimistic record in a trying time.”

Klatt’s thoughts on “big capital L LOVE” come through loud and clear on the gently atmospheric “Looking for Love”, (“It’s in the air you breathe / It’s walking right beside you”) and on “Ramblin’ Kind”, when he sings, “Joy unleashed spreads like a prairie fire / Let go and cut the wire.”

On It Ain’t the Same, Klatt proves himself to be a versatile songwriter, whose tunes exist in that place where country, soul, folk, and rock ‘n’ roll co-mingle quite comfortably. It’s got gorgeous ballads like “Looking for Love” and “Ramblin’ Kind”, a genuine rockabilly rave-up in “Prove My Love”, and a pop-rock gem called “Tinted in Blue”.

In one way, It Ain’t the Same calls to mind John Hiatt’s classic Bring the Family. Klatt’s album doesn’t necessarily sound like Hiatt’s, but the strategy for recording both albums seems to have been the same. Songwriter composes a batch of great songs, some of which are introspective, and some of which rock. Songwriter then records these songs with a select set of musicians, each of whom brings exactly what they need to bring for each track. Hiatt had Ry Cooder, Nick Lowe, and Jim Keltner. Klatt, who played rhythm guitar on It Ain’t the Same, is joined by Alex Hall (engineer and drums), Casey McDonough (bass), and John James Tourville (pedal steel and guitars). Each musician – along with guests Jack and Page of the Cactus Blossoms — does just what he needs to do to bring Klatt’s songs beautifully to life.

It Ain’t the Same might not have quite the emotional depth that Bring the Family has, but that’s only because Hiatt’s masterpiece is Mariana Trench-deep. It Ain’t the Same is plenty deep on its own, lyrically, musically, and emotionally. Bottom line: we could all use a respite from the darkness, and Jack Klatt is here to help.