Jade Bird was born in the small English town of Hexham 20 years ago but that didn’t stop the blissful singer-songwriter from becoming an adopted goddaughter of the Americana family.

Her first EP, released in July 2017, was titled Something American, and the grande dames such as Patti Smith and Loretta Lynn who stirred up the melting pot in this country’s serve-yourself musical smorgasbord made an impact in Bird’s formative years.

Even her covers are quite eclectic — and more expansive — with songs such as “Running Up That Hill” (Kate Bush), “Where Is My Mind” (Pixies), “New Rules” (Dua Lipa), “I’ve Been Everywhere” (popularized by Johnny Cash) and “Right Through You” (Alanis Morissette) among her tasty concoctions.

Having been pretty much everywhere, man, in the States after some whirlwind tours, Bird was asked during a Sept. 12 phone interview in Salt Lake City before a gig at Kilby Court, what’s the biggest misconception about the U.S. that she has overcome since being able to see for miles and miles?

“I’ve been pleasantly surprised by a lot,” Bird said. “I always say the diversity, and culture is the one thing I love the most about the U.S. How you can travel across one borderline and you end up with this whole new set of people that I find super-interesting and great on tour.

“I didn’t really have any … I guess you see the movies and stuff like that and thought everything’s gonna be wonderful. But when I wrote [the song] ‘Something American,’ it was about [how] the grass is always greener, and it was before the political movement. It’s super-interesting where you can write something and the times change so quickly.”

Now the sweet and soulful Bird will be heard at the inaugural Grandoozy festival in Denver, where the co-creators of Bonnaroo and Outside Lands are serving up three days (Sept. 14-16) of serious sounds, foodie phenomena, spirits for swigging and outdoor euphoria (yoga on a golf course?).

Though Rolling Stone hailed her as an “Artist You Need To Know” in August, new listeners attending Grandoozy this weekend still deserve a Bird’s-eye view. So what do these potential feathered friends need to know before joining the flock?

“They need to know my music because I think I’m maybe pushing something different right now than what’s being done,” said a self-assured Bird, who learned to play guitar and piano at an early age. “I think that I’m a powerful female, a young singer-songwriter with an energy that’s not really been done before. I think that’s what people need to know about, you know.”

Also get ready early next year for her full-length album debut, recorded in upstate New York with Something American producer Simone Felice (Lumineers) returning, that will include 13 or 14 songs, all “written 100 percent by myself,” Bird said proudly. 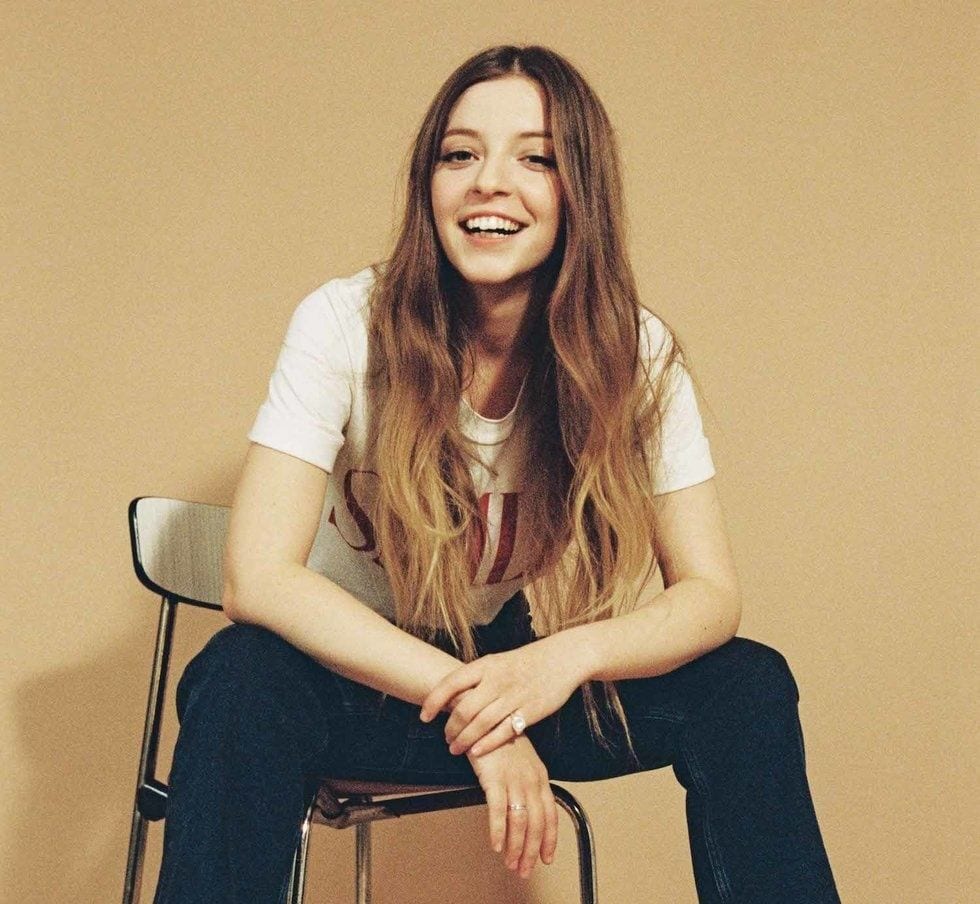 Recently released singles such as the feisty “Uh Huh” and poppy “Lottery” will be among them, and perhaps the only thing missing is an album title. An unperturbed Bird said the initial one was rejected by people who said “it was too hard to pronounce.”

Yet Bird may be the comprehensible word in the Mile High City, where she previously opened for Son Little and Colter Wall on separate tours in 2017 and 2018, and one of the stops was included in her U.S. video diary seen below. (Denver appears at the 6:10 mark.)

After wrapping up a series of summer shows supporting Brandi Carlile along the West Coast in August, Bird and her touring bandmates (“my best friends”) — including her boyfriend Luke Prosser (guitar) and Mystery Jets drummer Kapil Trivedi — will headline mostly throughout America this fall.

Before one Canadian date, though, she’ll spend her 21st birthday — Oct. 1 — in Toronto.

How will she celebrate?

“I’ve been playing a lot of poker on tour, believe it or not,” Bird said. “So maybe I’ll go to a casino or something and really indulge.”

Before that, as summer turns to fall, the 5-foot-3 dynamo with the huge voice plans to hit the jackpot as she partakes in the delectable feast that Grandoozy promises. First, though, Bird was willing to answer a few more questions about the festival, colorful Colorado, getting high and more in this quick-hitting interview.

What’s a Grandoozy? Aww, this is like … I should have done my research. I don’t know. Is it something in particular? (She’s told the name was invented for this festival.) It’s a pretty sick name. I guess I only associate it with the festival. To be honest, I call nothing else Grandoozy, put it that way.

What does “Rocky Mountain High” mean to you?

(Laughs) Is this a trick question? (It’s not, she’s assured.) It means good things then, I guess. I’m always up for new places and new locations. … I think it’s the funnest part about the job.

Since this festival involves the word “grand” in the overall scheme of things, which grandparent of yours would be the most likely to enjoy Grandoozy and why?

Who’s the one artist in the lineup you would pay to see (and why?)

I think Florence + the Machine. Her live show is spectacular. I mean, the album (High as Hope was released in June) is great but, like, when she gets on the stage, from what I’ve seen — I’ve never seen her live, but watching on video — it looks like really something else. She’s an incredible performer. So that’s who I would pay to see.

What’s your best memory you have about performing in Denver?

It’s a bit tricky because I’ve been to quite a few cities now and I’m losing my memory a little bit. Denver, Colorado, is just like an incredible place. I remember coming up from the airplane and seeing all the mountains. You just have to when you play live there, you have to really be careful because of the altitude.

Will you keep oxygen handy?

If you had a week to spend in Colorado, where would you go and what would you do?

Uh, Colorado Springs, I think I would probably go there. Weed is legal [in Colorado], isn’t it? Yeah, so, you know, I don’t usually smoke but why not if it’s legal. Don’t tell my mother. (laughs)

How different is your set list for a festival than it is during a regular tour?

It’s kind of like all bangers, you know what I mean? You kind of go for the ones that are the most upbeat. I tend to leave all the intimate moments out because it’s kind of hard to capture that at a festival because you get a lot of new people to hear your music who are just stopping by, so you kind of want to grab their attention. It’s mostly like a similar set but you take off all the slow ones, basically, as boring an answer as that is. 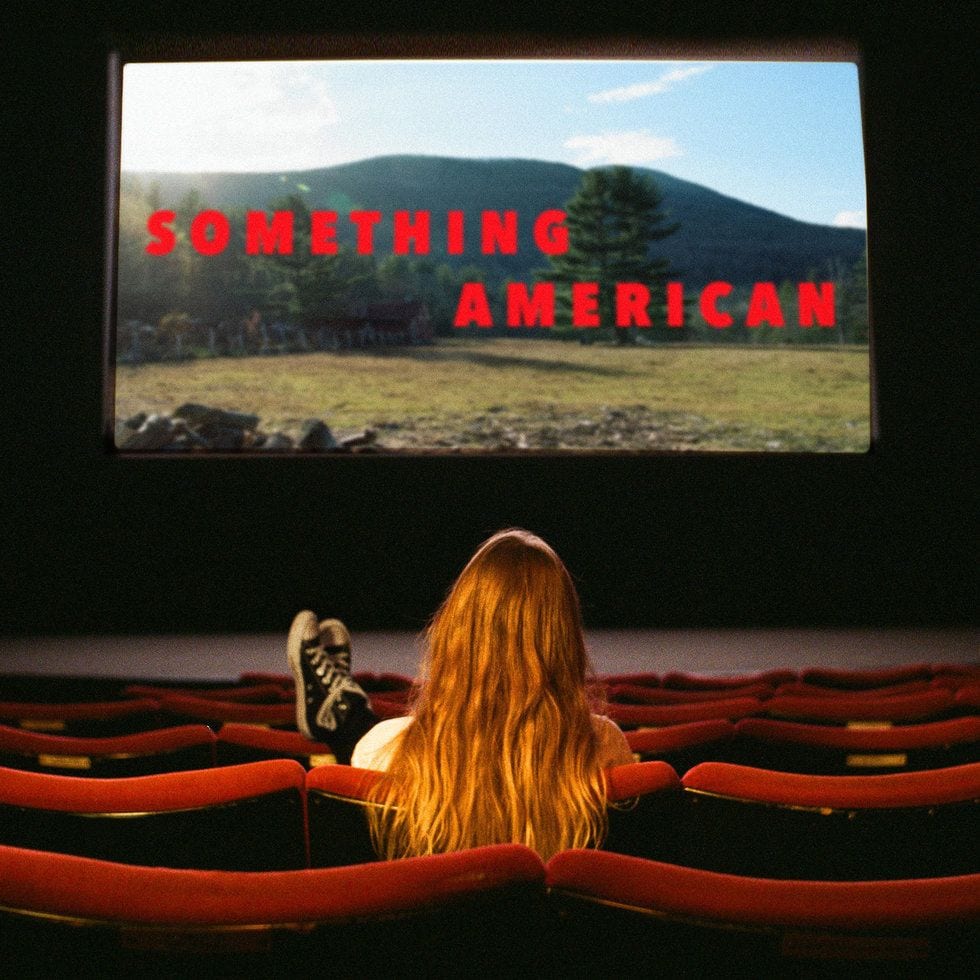 What’s the secret to winning over a festival crowd?

I always try to be myself, be it a festival crowd or my own crowd. I think that confidence. Like we do a cover of [the Bangles’] “Walk Like an Egyptian” that tends to be quite a crowd-pleaser at festivals. But it’s having the confidence in having so much fun on stage that people want to be part of that. That’s really important to look like you’re having fun. … I also, in my shows, play “Running Up That Hill” by Kate Bush because she’s a massive inspiration to me. And I really connect with that song over and over again every time when I play it live.

What do you consider is your greatest accomplishment to date (in life or music)?

Obviously, it’s gonna be writing my next record by myself. I think that’s a big one for me. And that’s the thing I’m the most proud of at this minute. But also [The Tonight Show Starring Jimmy] Fallon, I was really proud of that performance we did [in April]. We kind of got together a string arrangement when I played “Lottery” on Fallon. That’s probably, for me, the biggest, like, surrealist moment.

Jade Bird is scheduled to perform from 3:15 to 4 p.m. MT Friday (Sept. 14) on the Scissors stage at the three-day Grandoozy festival in Denver, where the headliners are Kendrick Lamar (Friday), Florence + the Machine (Saturday) and Stevie Wonder (Sunday). Single-day and three-day tickets are still available.