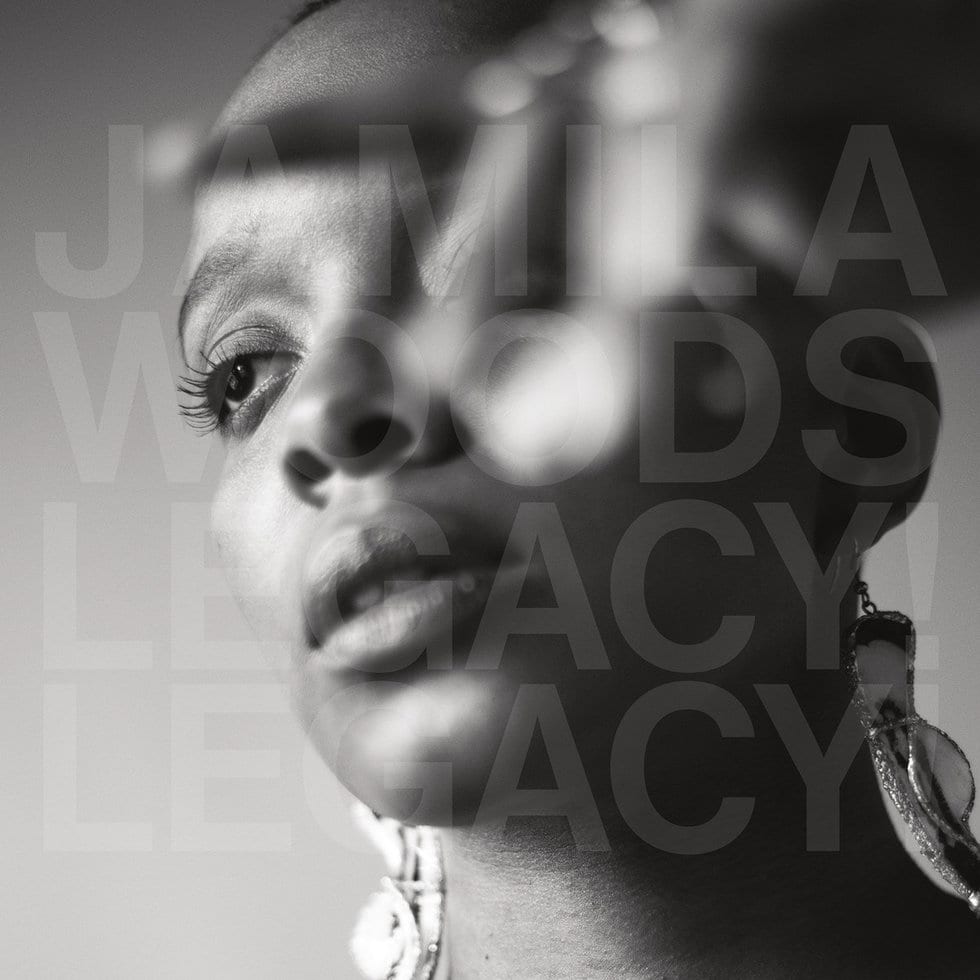 Every artist looks to mentors as paradigms of motivation and exemplars of creativity. Chicago-based musician, Jamila Woods, is especially appreciative and indebted to those who inspired her art and forged the cultural path she is currently walking. Her recent release, the aptly named, Legacy! Legacy!, is more than an album: it’s an homage. Each track on the album is named after a cultural icon who inspired Woods and shaped her identity as an artist and individual. Reveling in the legacies of artists, activists, writers, and musicians, Woods positions Legacy! Legacy! as a genuflection of gratitude. More so, the album ensures the cultural icons’ impact is concertized within the contemporary moment. Woods, herself, a poet, singer, activist, and teacher, casts Legacy! Legacy! as a beacon for a type of self-empowerment informed by the predecessors who built and shaped culture.

Woods is careful to accurately portray the legacy of the cultural icons’ image and social impact. “Eartha”, for instance, is as fierce as it is sensitive thereby an authentic testament to Eartha Kitt. In this track, Woods methodically demonstrates the duality between strength and vulnerability when she says, “I don’t wanna compromise” while “trying to see eye to eye / But you look right over me”. Yet the lack of respect illustrated in “Eartha” becomes too onerous. Then Woods sings with absolute power, “I’m tired of you”. A clear connection to Kitt’s famous quote, “My recipe for life is not being afraid of myself, afraid of what I think or of my opinions.” Despite the indecision exhibited in “Eartha”, Woods trumpets Kitt’s reminder to maintain strength even in the throes of trepidation.

Much as Legacy! Legacy! dapples in R&B, funk, rap, jazz, and even some electronica, Woods’ list of influential people is as interdisciplinary. In addition to Kitt, Woods also acclaims the influences of Muddy Waters, Miles Davis, and Sun Ra. In “Sun Ra”, Woods leans on the bandleader’s eclectic instrument use and influence of cosmic philosophy and Afrofuturism. By incorporating credible examples of Sun Ra’s identity, she masterfully and musically defines his complex persona. The array of musicians and genres accredited on Legacy! Legacy! demonstrates the diversity informing Woods’ standpoint.

Likewise, the literary imprint is apparent throughout Legacy! Legacy!. More than the musicians and artists, Woods unequivocally demonstrates how black writers were akin to the pedagogues calling for an empowered self-identity despite marginalizing and oppressing conditions. Including adoration to Nikki Giovanni and Sonia Sanchez, Woods’ portrayal of these poets reminds the listener that the trials cultural icons endure are often as aspiring as their achievements. Especially, for public black women, the tendency for the dominant culture to oppress their intellect and strength by dictating how they dress, speak, and perform is all too commonplace. Woods acknowledges “how a title makes them think they own you”. Yet the control can be mitigated by affirmations of self-love and empowerment. As she makes clear in “Giovanni“, “You might want to hold my comb / When you find out what I’m made of.”

In the PopMatters feature “Singles Going Steady“, writers discussed the significance of Woods’ single “Zora“, a tribute to author Zora Neal Hurston. On Legacy! Legacy!, Woods also includes tracks titled “Butler” and “Baldwin”, recognizing Octavia Butler and James Baldwin respectively. Here Woods’ rejoices in their cultural impact while penning a reminder, “don’t ever let a textbook scare / You are the missing piece.” Despite the influence of Hurston, Baldwin, and Butler, their race often precludes consideration of their oeuvres in literary studies. This is evident in the video for “Zora”, shot in a library. Noticeably the camera never zooms in on a book’s spine with Hurston’s name imprinted. Woods is determined to change the narrative erasing black writers. She intentionally uses Legacy! Legacy! to ensure black authors are a part of the cultural center.

The artists she enshrines include Frida Kahlo and graffiti artist Jean-Michael Basquiat. “Basquiat” is a poignant musical example of the artist’s humanity. Challenged by addiction and homelessness, anger was a common theme addressed in Basquiat’s work. To solidify his contribution to the public cultural memory, Woods’ lyrics reiterate the power of anger while affirming the emotion as just a part of an individual’s identity. Whereas “Frida”, is imaginable as the feminist letter to Diego Rivera never sent. When Woods sings, “I like you better when I see you less” she is supporting Kahlo in articulating a verbal response to her tempestuous relationship with Rivera.

If Jamila Woods’ maintains her commitment to socially conscious and beatific music as heard on Legacy! Legacy!, it won’t be long until someone titles their track “Jamila”.