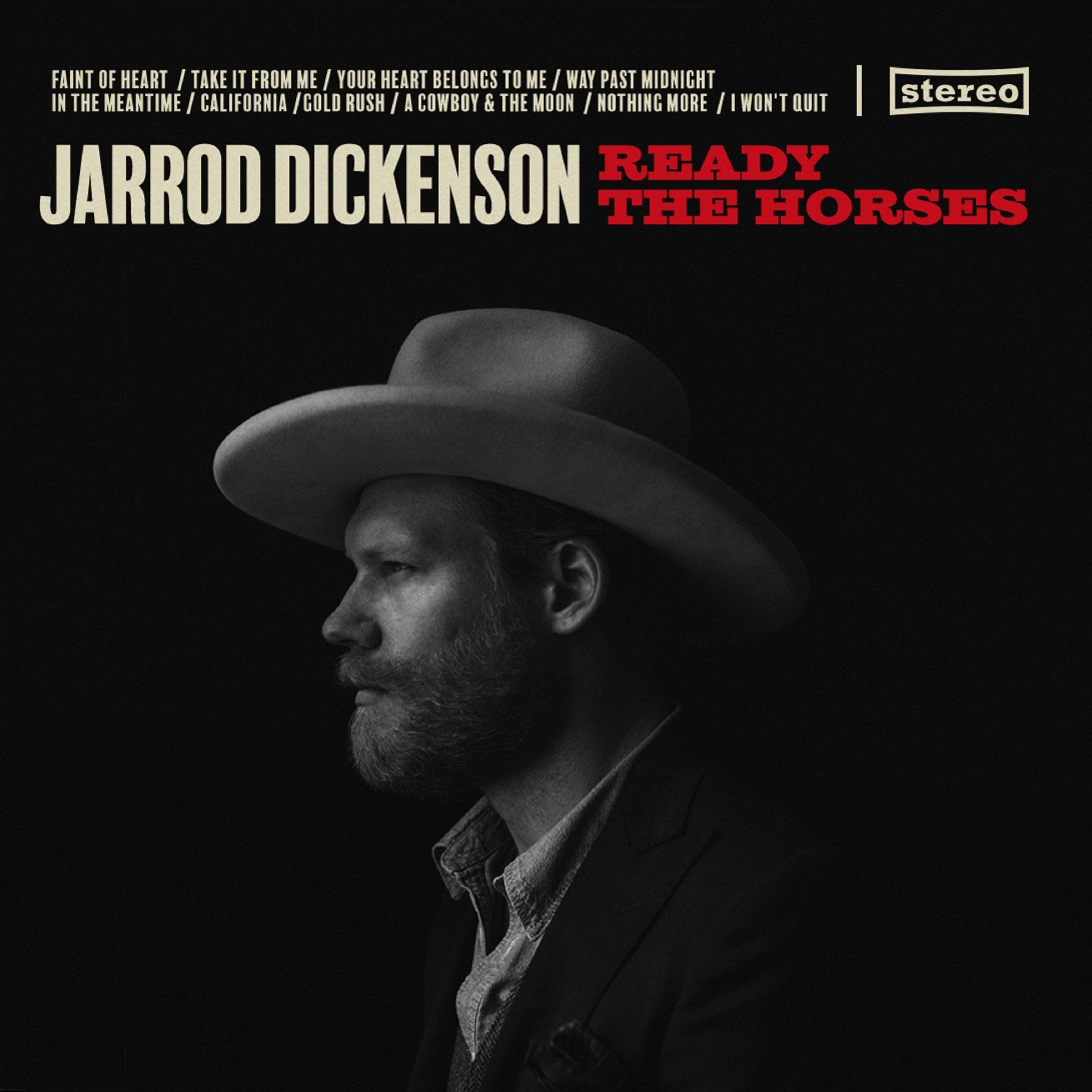 Jarrod Dickenson isn’t from Memphis, but you wouldn’t know it from Ready the Horses. Several of the songs on the Nashville via Brooklyn via Texas singer-songwriter’s country-soul album wouldn’t sound out of place on a Stax release from 1968. These tracks feature lively horn blowing, gospel organ grooves, and R&B riffs filtered through a rural sensibility reminiscent of that soulful stew from the Grind City in the past. The more acoustic songs serve as just the other side of the coin in the way those old Stax singles used B-sides to promote the softer sides of their artists.

Be that as it may, there’s also something timeless about Dickenson’s music. He’s not retrofitting old styles for today. It’s just that his newfangled compositions have deep roots in traditions. That’s why it’s surprising that Ready the Horses was recorded live in a studio on the southeast coast of England about three years ago. The album sounds new, even though it was initially released in the United Kingdom on a major label (Decca) back in 2017. Since then, he’s put out more recent recordings in the US.

Dickenson tells stories that reflect enduring truths. His narrators never whimper. They may be good or bad or somewhere in between, but they are always confident. The clearest example of that can be found on “Gold Rush” that explicitly compares the greed of the California 49ers with Wall Street ruthlessness. Sung over a background of funky junkyard noises and besotted instrumentation, the song’s amoral narrator vows to get rich no matter what it takes. That’s a story that never gets old, a point worth remembering when witnessing the avarice that seems to be part of the contemporary zeitgeist. The only thing golden about the golden age (past, present, or future) is that some people will always want to steal the gold.

But Dickenson isn’t always so jaded. He writes love songs, such as the duet with his wife Claire, “Your Heart (Belongs to Me)”. It’s a parable about a lonesome man and a dime-store queen whose shared desire for an everlasting love binds them together. Nor is he afraid to party. The punchy vibe of “Way Past Midnight” evokes J.J. Cale’s “After Midnight” and then takes it further as the narrator is willing to stay up until the early morning in pursuit of a good time, which in this case is “a pretty little thing making eyes at him”. Partying until dawn is a common conceit in honky-tonk tunes, but Dickenson makes it fresh through his ability to write a tall tale with enjoyable verses. He knows how to tell a story.

Therefore, Dickenson may compose tracks about the life of “A Cowboy”, a lover wanting “Nothing More”, or that “I Won’t Quit” and other familiar themes, but he makes them intriguing. He constructs the material so that one is never sure what follows from line to line. The songs are tightly built with few wasted words, and Dickenson articulates every single one whether he’s cooing a love song or growling ala Tom Waits. And he always keeps his voice under control even when the material suggests otherwise.