A strange tale of mysticism and spiritual transformation, Céline, Jean-Claude Brisseau’s 1992 French drama, deviates from the filmmaker’s prior, more caustic fare. Seemingly based on the writings of medieval women mystics (though none of the credits in the film indicate so), Céline is the story of a young woman’s journey from the corporeal world into an otherworldly one.

Relayed in long, slow pans across the silent French countryside, Brisseau’s study on the nature of transcendence locates a story that bridges such disparate thematic threads like feminist revisionism and supernatural discovery. In
Céline, two women, who share both a physical and increasingly psychic space, submit to a narrative that moves in linear fashion, but deepens laterally.

Geneviève (Lisa Hérédia), a young nurse, first sees Céline (Isabelle Pasco) on the streets one evening after leaving work. Céline appears to be having a nervous breakdown and Geneviève takes her in. She soon learns that Céline’s father has just passed, leaving his daughter an impressive fortune. Céline rejects the inheritance, which prompts her fiancé to leave her at once.

Despondent and suicidal, the young woman is at first resistant to Geneviève’s assistance. But Geneviève introduces Céline to a world of deep meditation that soon begins to have a mysterious effect on the two women and the people around them.

Brisseau doesn’t strain too hard to produce a story that thoroughly explores all the misgivings and desires of women on the brink of emotional collapse. Instead, he allows his two leads to carry the narrative, letting the gestures and the movements, the laughter and the speech, do most of the work. His camera is a passive and unobtrusive observer, surveying from a distance that is at once detached and strangely personal. 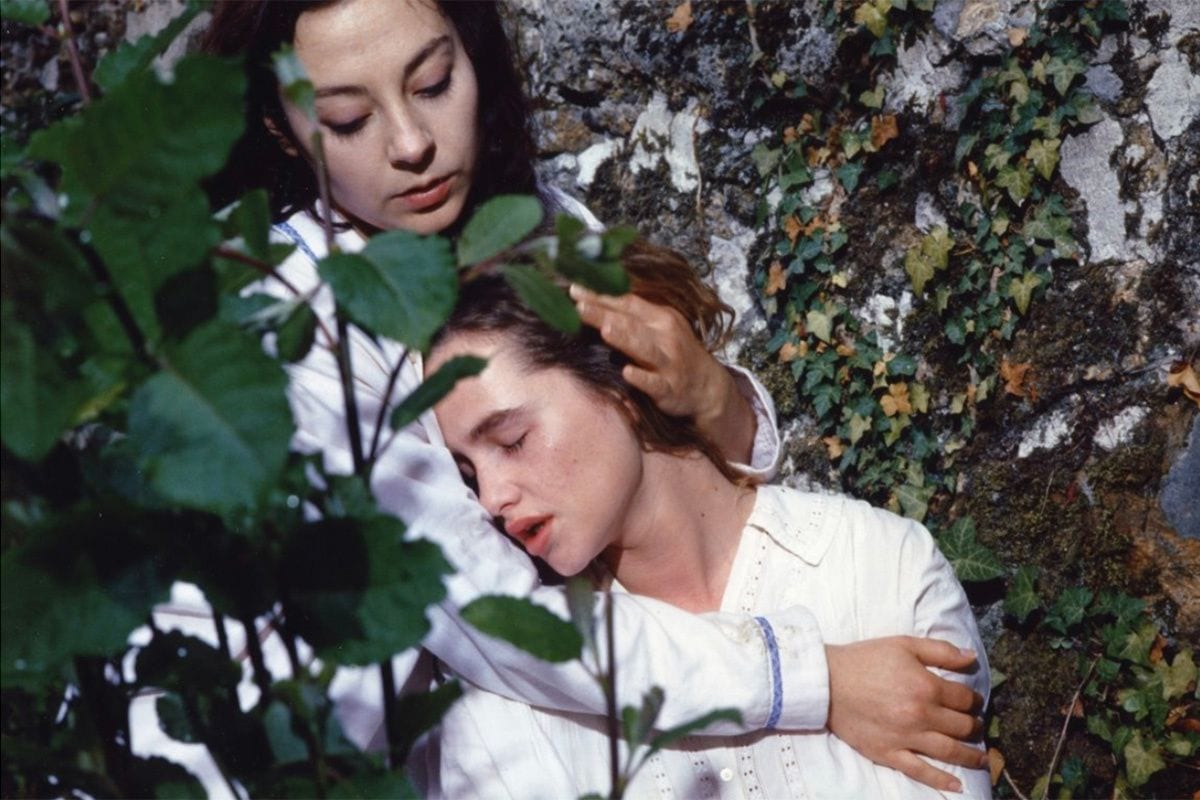 Lisa Hérédia as Geneviève and Isabelle Pasco as Céline.

Certain fantastical moments that might have been framed heavy-handedly by a more ostentatious director are captured here with a restraint that forces the action into spaces of quiet unrest. In one scene, Geneviève happens upon Céline levitating in the living room during the night. Her response to the miraculous event is rather muted, suggesting not resignation but an unwavering acceptance of the preternatural world.

Sequenced gently into the fabric of the narrative, the elements of the supernatural are curiously enmeshed with the natural world and are relayed with casual candor. This is what makes Céline an involving and sometimes moving experience. Nothing in the film feels out of the ordinary and, therefore, everything in this stately and open world, including the abounding and subtle magic, seems possible.

The natural dramas of the story (the evolving friendship, the day-to-day living) are forced to the peripheries of the narrative and they allow room for a cryptically hollow centre from which these characters subsist and grow. At one point, Céline’s esoteric journey leads her to a path that diverges from Geneviève’s more mundane existence and, suddenly and mysteriously, the two women are parted before either can discover anything more about the other.

A nominee for the Golden Bear at the Berlin International Film Festival in 1992 (the film’s lone award nomination), Céline slipped by quietly without the furor that has often been affixed to Brisseau’s works. A two-time winner of the Palme d’Or at Cannes, the late French provocateur (whose unsavory practices behind the camera led to a charge of sexual harassment and a resultant suspended one-year prison sentence in 2002) entered the ’90s with this unusual wisp of a drama.

Pasco and Hérédia respectively turn in delicate performances, neither of them giving into a temptation for hand-wringing theatrics; impressionistically framed against the sunny green of the countryside pastures, they move often with silent decorum. Though the true narrative dissipates well before the finishing mark, the plaintive and moody airs of the film linger long after.