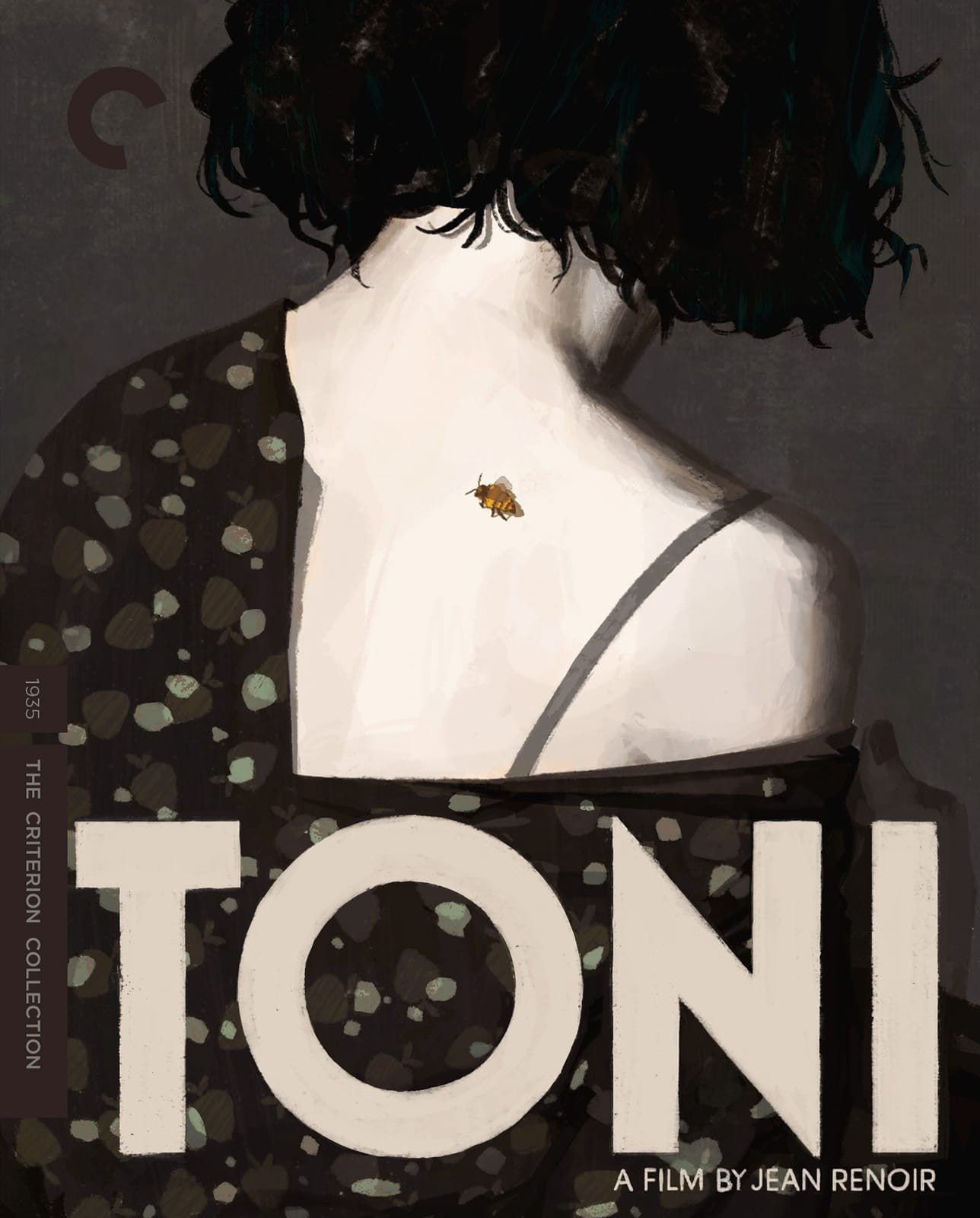 In the interview, Renoir compares his generation of French filmmakers to the generation of the French Renaissance. Just like those figures, he looked to other countries for inspiration (Italy for the Renaissance, the United States for him). And yet, no one would claim that playwrights Molière and Racine or essayist Montaigne were less than authentically French. The point, Renoir insisted, was not pure originality (there is no such thing), but rather using your influences in order to find your way toward originality, toward your own voice—which, for him, includes whatever one might label “truly French”.

An early film, Nana (1926), was accused by some critics as having “Kraut”-like tendencies and Renoir clearly never forgot the insult. Renoir implies that influence is not only important for the marks it leaves on your work, but also for the possibilities for discovery it leaves open to your work.

The ideal of discovery plays a large role in a later segment of the interview, when Renoir turns his attention to the film Toni (1935) and is joined by actor Charles Blavette, who played the title role. Blavette suggests that the character Toni is as much a representation of Renoir’s conception as it is of Blavette’s, that Toni is Renoir more than he is Blavette. Renoir objects. He insists that he is too naïve for that kind of pre-planning, that he enters each of his projects with a clear mind and pays attention to what the actors offer him through their interpretive work.

Blavette and the other interlocutors aren’t having it. Why, then, is there such a clear trajectory of interpretation that unfolds over the course of the rehearsals and subsequent takes? Why does the character come into shape only as the actor adapts to the directorial vision?

That’s not so, Renoir answers. He claims to subscribe to the “Italian school” of reading, where one reads blankly until a word or phrase sparks up and defines the scene. The important thing, the director maintains, is to be open to discovery, to not imagine you know what something means. Nothing is established beforehand. The meaning ought to emerge from the act of reading rather than having the presupposed meaning condition the act of reading. Renoir even claims that his camera does no real narrative work, that he essentially sets the camera in a more or less neutral position to capture the action, not direct it. He proposes that in his films the actors perform in front of the camera, not for the camera.

Blavette and the others remain skeptical. The moment seems like an attempt to flatter Renoir that miscarried. They meant to suggest he was a strong-willed director with clear vision. He took them to mean that he forced his view of a film on others, that he was more dictator than collaborator. Renoir insists “We discover everything.” Nothing is set in stone. Now, in some ways, we can see that Renoir simply protests too much and he misrepresents what his films actually accomplish.

Let’s take a simple example from Toni. Toni (Blavette) and Gabi (Andrex) approach the farmhouse where Josefa (Celia Montalván) lives with her cruel and profligate husband Albert (Max Dalban). Gabi is Josefa’s cousin and he claims to also be her lover. Toni is hopelessly in love with Josefa and was devastated when she married Albert. Toni has recently abandoned his wife Marie (Jenny Hélia) and is camping on the hillside where he can view Josefa’s farmhouse, awaiting his opportunity to steal her away. She has no idea he is doing so; that is the hopeless nature of Toni’s love.

One night Gabi arrives and demands Toni’s motorbike, claiming that Josefa will rob her husband and abscond with her child, accompanying Gabi in their flight. Toni is concerned for Josefa’s safety; Albert is violent and avaricious. Toni drags Gabi back toward the farmhouse. As they approach, they hear a gunshot.

As Toni and Gabi approach, we no longer see them. The camera shot becomes subjective: that is, we see from their point of view. The camera focuses on the upper story of the house (even though, as it turns out, the shot occurred on the ground floor). Contrary to Renoir’s assertion that he basically sets the camera in place, it is the camera here that is doing the narrative and emotional work of the sequence.

Toni is resolved to discover what has occurred and vows to kill Gabi if any harm has come to Josefa. Gabi, frightened and self-serving, struggles to disentangle himself from Toni’s restrictive hold upon him. But the camera leaves that tension and turns toward another. The camera here acts. In a way, it reverses the trajectory of Renoir’s remarks. He claimed the camera was stationary and the actors performed in front of it. But here the camera is literally in front of the position of the actors. It moves and it does the narrative and interpretive work. For a moment, the film doesn’t need actors at all to accomplish its narrative goals. Instead, all we have is the stationary façade of a farmhouse and a moving camera.

The shot is remarkable for many reasons. Its focus on the second story reinforces the true point of concern for Toni. He must have heard the shot clearly enough to know it didn’t derive from the upper part of the house. And yet that is where the camera’s gaze (as a surrogate for Toni’s gaze and ours) concentrates. This is, of course, the same portion of the house that had been the object of contemplation for Toni during his self-imposed exile to the hillside.

The second floor is the site of Josefa’s marital bed and is thus the source of Toni’s pain and wounded pride. It is also the site of his fantasy of being her husband—he was, after all, accepted by her uncle and protector Sebastian (Michel Kovachevitch) as Josefa’s suitor before she promised herself to Albert. That bedroom is, for Toni, his rightful place—owing both to Sebastian’s confidence in him and to his overriding passion (seemingly unrequited) for Josefa.In approaching the house to determine what has happened, the camera reveals Toni’s real concerns.

In one sense, the focus on the upper floor stands as a kind of symbol for Josefa. Toni’s only recent connection to her has been his watchful, obsessive concentration on the edifice of her home. He has seen only it and occasionally the shadows of its inhabitants through curtained windows. That house has become a synecdoche—the visible part that stands in for the whole of Josefa’s life and her unattainability for Toni. And, as is often the case with synecdoche, Toni has invested the façade of that house with an intensity of meaning it can’t possibly withstand.

This lends the moment its air of realism. The façade is so plain, so unassuming. It resists the kind of emotion that Toni and the camera seem to discern within it. And that resistance is precisely the key to its emotional efficacy. The resistance serves as a coefficient of emotional investment. For the shot to work, the material has to seem unsuitable. This is the marker of Toni’s desperation—to invest a flat and nearly featureless façade with so much meaning is the act of a miserable man.

And yet, while I clearly suggest that Renoir was disingenuous to pretend that his camera eschewed the kind of narrative work it clearly accomplishes, I fully accede to Renoir’s insistence on discovery. Discovery of what lies beyond the surface—or better, the profound meaning invested in surfaces—is the central motif of Renoir’s Toni. We see this most clearly in Toni’s relationship to another surface in which he invests a great deal of desire and meaning: Josefa’s flesh.

In two pivotal moments within the film Josefa pulls her clothing away from her skin to reveal some mark upon her. The first instance of this occurs while Toni accompanies Josefa through the fields as she carts her laundry. Josefa is stung by a wasp on her back below the neckline of her dress. She unzips and exposes this part of her body to Toni, who notes that she is not wearing a brassiere. He pulls the stinger from her flesh and then sucks at the small wound, spitting out the poison. It is a small act of salvation, of course. Her life was hardly in danger. At worst, the area would have become swollen. Yet it demonstrates his attempt to care for her. It also provides him an opportunity for a minor indiscretion, a closer proximity to her body—an opportunity Josefa herself flirtatiously acknowledges.

The second moment of discovery rhymes with the first. But now, instead of evidence of a minor interaction with an insect, the marks reveal the abusive blows Albert had inflicted upon Josefa with a belt, the blows that incited Josefa’s murder of her husband. Again, Toni places himself in the role of savior, but now the stakes are, of course, far higher. Josefa has committed murder and Toni offers to assist in removing the corpse from the premises, in hiding Josefa’s culpability. Josefa is grateful, of course, but even she seems bewildered by Toni’s resolve to assist her.

Toni, like Renoir, is bound up in the desire for discovery, tied to his investment in surfaces—both beautiful surfaces (as Toni sees Josefa’s skin) and the plain surfaces (like the farmhouse’s façade) that substitute for the former. Toni’s love for Josefa turns out to be a way of seeing her and a way of seeing himself in relation to her: he is the savior, the protector. What more suitable form of love is there for a cinematic act of discovery?

* * *
Criterion Collection has released a Blu-ray edition of Jean Renoir’s relatively early realist work Toni (1935). The edition includes audio commentary by critics Phillip Lopate and Kent Jones; an introduction by Jean Renoir from 1961; a video essay on the making of the film by Christopher Faulkner; and the episode of Cinéastes de notre temps by Jacques Rivette that I discuss at the opening of this essay.