Jesse Dayton‘s latest LP, Mixtape Volume 1 highlights the Texas musician’s passion for all genres, though he has recast them as country tunes. Whether the Cars’ “Just What I Needed”, AC/DC’s “Whole Lotta Rosie”, Gordon Lightfoot’s “If You Could Read My Mind” or the Clash’s “Bankrobber”, Dayton has bathed them with his unique East Texas boom and layered them with plenty of his signature southern-fried guitar lines.

Dayton has been involved with a variety of other projects of late, including appearing on Guns N’ Roses bassist Duff McKagan’s new solo album, Tenderness,which was produced by Shooter Jennings. He’s writing a memoir that will be out in 2020 and continuing to be engaged politically, supporting Beto O’Rourke in his native Texas.

He has worked extensively with filmmaker and musician Rob Zombie and filled in for guitarist Billy Zoom on tour with the band X. A prolific singer-songwriter, Dayton tells PopMatters that recording a covers collection gave him a reprieve from the constant cycle of tour and recording.

What brought about this collection of cover songs?

We did two records back-to-back. We’ve been on tour for four years. The longest we’ve been off in that time has been two weeks. The thought of going in and ripping my soul out on another original record was tough. I just wanted to have fun. What the record ended up being was a vehicle to introduce me to people who weren’t into the kind of music I do.

Were these things you’d played at home or on the bus or things where you said, “Let’s try to work this up and see where it goes”?

I had been doing “Just What I Needed” by the Cars for a long time. That started on a dare. I was on tour with Social Distortion 10 years ago. I would say, “What if I sang the Cars like George Jones?” Everybody would laugh, but they would also say, “No, dude, you need to do the whole song.” I did the whole song, then picked 25 songs and narrowed it down to the ones that I cut because they sounded the most natural with my East Texas drawl.

Were you a fan of the Cars outside “Just What I Needed”?

I’m an honest-to-God real fan of the Cars. I saw them live several times and had all their records. I thought Ric Ocasek was a modern extension of Buddy Holly. He sings a lot like Buddy. If you listen to “Best Friend’s Girl” it has that poppy-rockabilly thing to it. Even with Elliott Easton’s guitar playing. Some people mistake it for power pop. I think it comes from something deeper.

I also think they were like a pop version of Television or something coming out of New York’s avant-garde scene.

Like Suicide with pop to it. Some cool New York shit. When I was a kid, the Gulf Coast was filled with surfers who listened to the Cars. It was fucking cool.

You do Jackson Browne’s “Redneck Friend”. He has this reputation for being this sensitive singer-songwriter, but he can be funny as hell and bawdy too. I think that song demonstrates that.

Everyone thinks that Waylon Jennings was driving around in a beat-up pickup truck, listening to Hank Sr. 24-7. The truth is that he was driving a brand-new Jag around Nashville, listening to Neil Young, James Taylor, all that stuff. Neil wrote, “Are You Ready For the Country” for Waylon. James Taylor wrote “Bartender Blues” and George Jones recorded it with arguably the best vocal performance of his whole career.

That’s one thing I was trying to do: Blow the doors off this fucking silly genre loyalty. Kids today listen to so much. Punk rock never hit Beaumont, Texas but I never thought it was weird that I liked Jerry Reid and the Clash. Other people, in the hip centers, did. 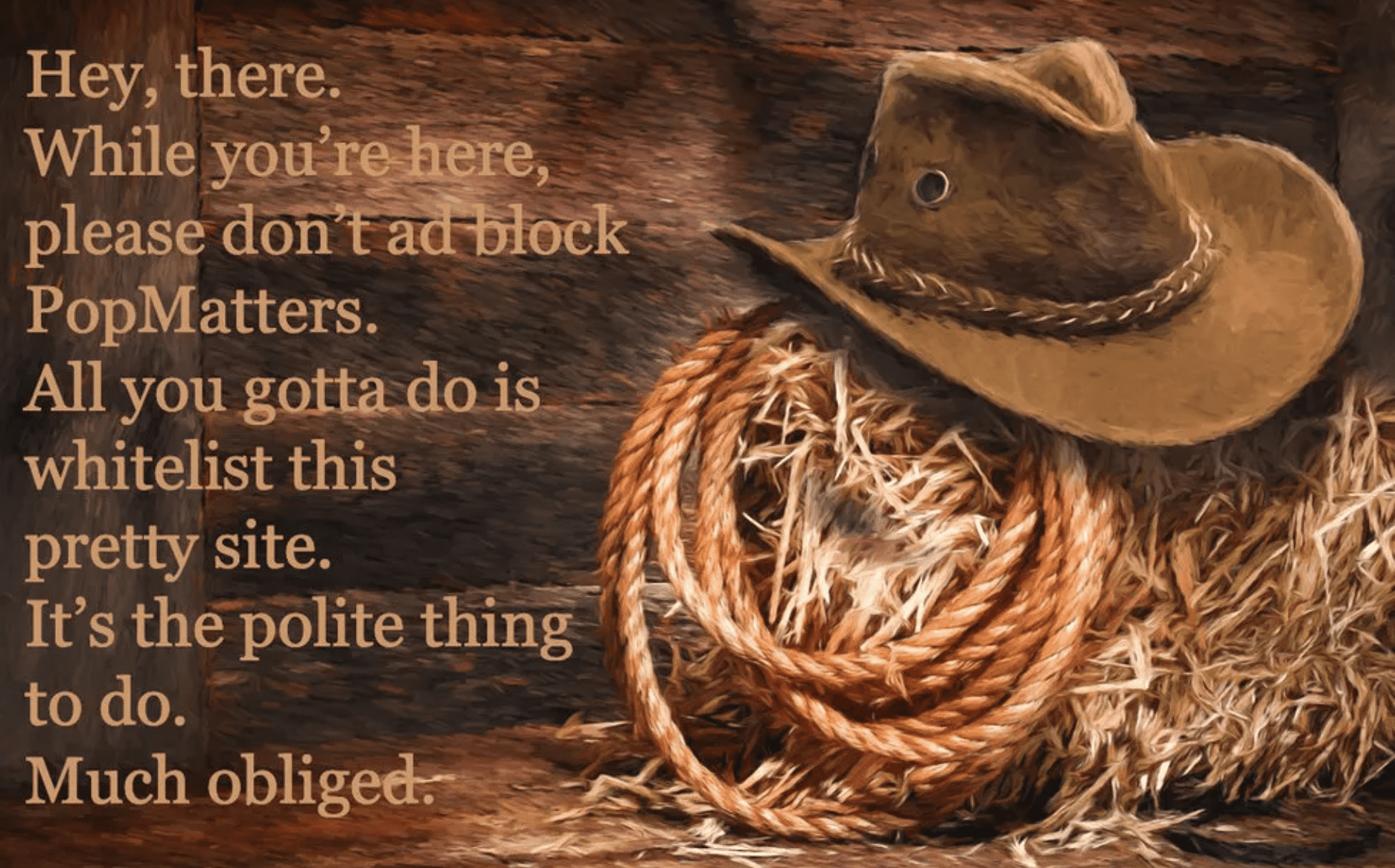 As a kid, I would hang out with my older brother and listen to Frank Zappa and Jethro Tull, then get in the car with my mom who was listening to Nitty Gritty Dirt Band and Dolly Parton.

Absolutely. To not embrace something because you have some loyalty to some genre is selling yourself short. I know people are saying about me, “He’s doing a Gordon Lightfoot song, man.” Well, Gordon Lightfoot was cool. Elvis wanted to record “Sundown”.

That’s one of the things I liked about Ken Burns’ country documentary: Early on there isn’t country music as we understand it.

I grew up on country music. The difference between me and people from Des Moines is that seven-nights-a-week in my hometown, we had major country superstars performing. I saw pretty much everybody. Everyone’s freaking out on this documentary, but it’s not for me. It’s for the mainstream. If one kid picks up a mandolin or fiddle or an acoustic guitar and learns a song by the Skillet Lickers, it’ll have done its job.

It also makes me realize that Jimmie Rodgers wrote the book on guys like me. I left the band. I got a solo deal. I’m a country musician who is obsessed with African-American blues musicians. I write and record songs so that I can write and record more songs.

If you play country music and are from Texas is there an extra badge of honor?

I think it’s that way with all roots music from Texas. I’m sure blues players would tell you the same thing. I was lucky. I got picked out of total obscurity by Waylon Jennings when I was 24. But before I met him, I’d played all of those standards. I’d spent my 10,000 hours learning them inside and out. I learned that all I had to do was follow the singer.

But Texas is its own planet and so different from the rest of the country. It was hard to get out of back in the day.

You could legitimately tour the state and make your living doing that.

I have. I spent about six years just playing around Texas and making movies. Now I’m playing festivals for people half my age.

You covered Dr. Feelgood’s “She Does It Right” on this album. I think Wilko Johnson may have the best right hand in rock ‘n’ roll.

You got to play with him.

We played three shows in Spain. The guy is the embodiment of rock ‘n’ roll music. He’s listened to all the right stuff. Those early pub rock bands invented punk rock. That’s why I wanted to do that song. Dr. Feelgood is not popular in the U.S.

When I mention Dr. Feelgood, most people say, “You mean the Mötley Crüe album?”

[Laughs.] I’ve had some of that too! But they’re cool as shit.

When you cover someone’s material, do you ever hear from them?

I did get to play “Just What I Needed” for Ric Ocasek and Elliott Easton in Boston at a club Aerosmith owned called Mama Kin Music Hall. Ric and Elliott were in the crowd. I didn’t get to talk to them, but I assume that they liked it because they clapped when I was done. But this is my rule on covers: Don’t change the melody. Ever. Changing the melody to “The Star-Spangled Banner” is the fastest way to get booed, right? But I do try to write a cool arrangement where, if the guy who wrote it heard it, he’d say, “That’s cool. The guy’s not trying to ape me.”

I think many of the best singers are like actors: They’re trying to find the emotional truth of a song. Do you feel that way, that if you can’t connect to the emotion, it won’t work for you?

Front guys are creating characters. Mick Jagger had three or four characters. The guy who sang the country stuff, which was probably the result of being with a debutant from Dallas who probably had an amazing country record collection, and hanging out with Gram Parsons. He also had the falsetto thing, which was kind of a Motown voice. Then he had this thing that was full-on blues. I think about that. But you have to do it within your own kind of space. I couldn’t imagine mimicking somebody just for effect.

I opened for Merle Haggard one time. I met him and was nervous. I said, “I love your voice.” He said, “Show me a good singer, and I’ll show you somebody who sings all the time.”