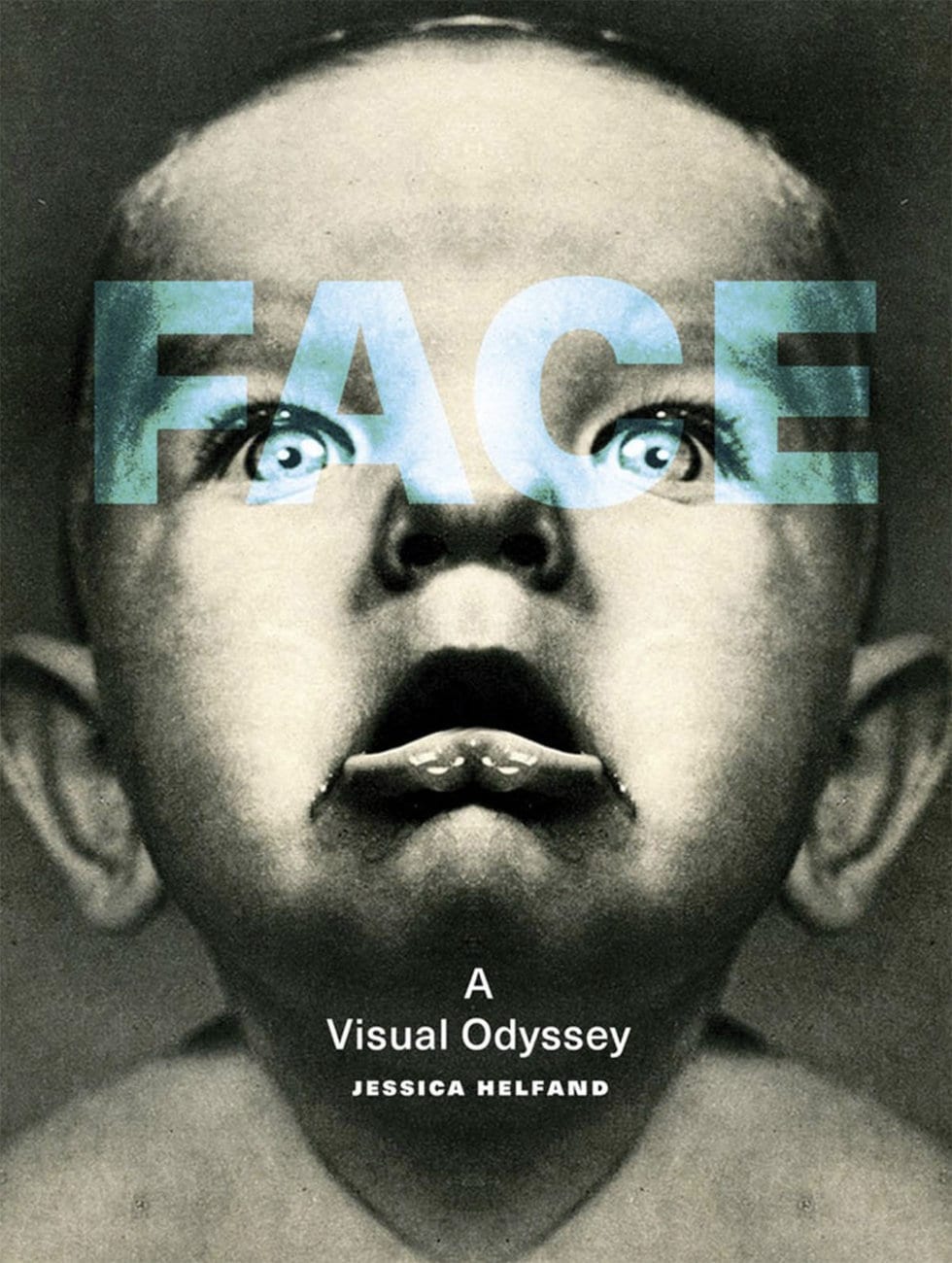 Face: A Visual Odyssey is a good book in that it does not feel good to read. Jessica Helfand, cofounder of Design Observer and Senior Critic at the Yale School of Art for a quarter century, is mostly succeeding in the execution of this extremely ambitious project. The project is a comprehensive examination of the representational issues at stake in matters of the face.

Points to Helfand, of course, for hitting every letter of the alphabet. It’s a face-saving (haha) move that nicely covers over the ridiculous challenge of putting this book together in any organized way. The scope of the subject is simply too large. We move from a study of our faces themselves, to our increasingly diverse means of capturing our faces, which doubles as a history of photography from daguerreotype to digitization. This segues into our decreasingly controllable means of disseminating our faces, which doubles as a sociology of how ideas proliferate in our modern and still evolving technological milieu.

So Face is often all over the place, but hey, so are faces. The subject is unwieldy precisely because it is obviously a widespread, daily area of our negotiation within the politics of identity. When was the last time you went an entire day without encountering a face, either your own or someone (or something) else’s? Probably literally never. Our lives are fraught with how to present our face as well as read the faces that we encounter daily.

We meet all kinds of faces: folks on our morning television news broadcast, our colleagues at work, the pizza delivery guy, the thousand tiny thumbnail photos functioning as our digital avatars on social media, and so on. Plus advertising, plus objects like the front of your car or the weird wallpaper in your den that kind of looks like it has faces. How do we process this vast quantity of face encounters?

Helfand’s book felt unsettling in two ways: textually and visually. Naturally, there are a huge number of images presented alongside the text because a project that wants to theorize about faces requires tons of examples. The examples themselves are well-chosen to reflect the main points of each chapter and often directly referenced by the text. But I would say that upwards of 80% of the images fall somewhere along the spectrum from creepy or disquieting to downright startling or upsetting.

The cover image is a perfect representation. It’s spooky, no? That image is actually only half a baby’s face, reflected back on itself for perfect symmetry. You may have heard about this little trick and it is meant to make us feel weird. On the whole though, because the images for this project are chosen for their clear ability to evoke the concepts within the text, the entire set of images is necessarily a little hard to look at. I found myself speeding rather quickly through the visual examples in order to return to the relative safety of the text.

Except the text is often equally discomforting. Helfand chooses to frame the bulk of her representational considerations in a negative way. Obviously, it would be hard to deploy chapters like the one on xenophobia in a positive way. I’m not suggesting she should sugarcoat or gloss the real problems of how we handle facial representations and their proliferation. Nor am I suggesting that her approach is unnecessarily paranoid or judgmental vis-à-vis the status quo. But given the magnitude of what is at stake in the way we think about faces and the scope of challenges presented to us by this situation, I don’t think it’s too much to ask that readers leave this book feeling somewhat better empowered to navigate the often gloomy realities of their encounters with faces.

The chapter on vanity (excerpted here on PopMatters) is typical of Helfand’s stylistic choices. It opens with a relatable anecdote, moves through a series of very condensed and specific examples, defines the main concept of the chapter, and then closes rather abruptly with an enumeration of the pitfalls and challenges of the concept. In general, the large majority of examples in each chapter showcase these problems, rather than suggest any way of working through them or turning them properly toward the good.

We need a better answer to these challenges than that of Tennessee Williams: accept the problem, avoid the problem permanently, or avoid the problem temporarily. Faces nails down the problems in a highly articulate way, but it seldom weighs in with suggestions for resolving the challenges of design and ethics that those problems require. I understand what Helfand wants us to see right now, but how do we approach what to do next? Face is indeed an odyssey, except after the chaos of a long and fraught voyage, even Odysseus got home eventually.