If we learn anything about actor Jim Carrey from Jim and Andy: The Great Beyond (Chris Smith, 2017), the documentary built around present-day interviews and behind-the-scenes footage from the making of Man on the Moon (Milos Forman, 1999), it’s how closely the actor’s on-screen choices track to the arc of his life. Man on the Moon, an ode to provocateur Andy Kaufman, follows the typical Hollywood biopic rise-and-fall structure (to some extent, disappointingly so), but that doesn’t mean it’s not accurate in spirit as to what became of Kaufman—or Carrey. As Jim and Andy reveals, Carrey threw himself into the role as both a huge fan of Kaufman and as possibly the only person on the planet capable of doing the man justice. It’s also clear how affected Carrey was by what it took to make it.

In the larger picture, Man On the Moon doesn’t quite bifurcate Carrey’s life and career, but it does mark something of a before and after. In untangling the real and fake strands of it, the emotion behind it, the impetus to make it, as Jim and Andy does, we arrive at some kind of understanding of both men. But what is that conclusion? As Carrey says of Kaufman, “I know that guy. I know him as well as I can know him. But, ah, who do you know? Even when they’re right in front of you.”

The story of the first half of Carrey’s career is well-documented. After coming up in the Canadian comedy scene and then moving on to Los Angeles, Carrey found initial success on-stage as a comic before hitting TV screens in the sketch show In Living Color (Keenen Ivory Wayans, 1990). For a kid from Newmarket, Ontario, with an upbringing that included time spent living in poverty, this could have been it. However, for the guy who once wrote a $10 million cheque to himself, this was all merely prologue.

In 1994, Carrey exploded into the popular conscience with a trio of comedies specifically designed for his rubber-faced brand of physical comedy. Following Ace Ventura: Pet Detective (Tom Shadyac) in February, The Mask (Chuck Russell) in July, and Dumb and Dumber (Peter and Bobby Farrelly) in December, Carrey could continue writing his own cheques the rest of the way. Before the decade was over, he’d stretch his persona as far as it could go—playing the famous Batman foe the Riddler in Batman Forever (Joel Schumacher, 1995), taking Ace Ventura for another spin, going dark for the notorious flop The Cable Guy (Ben Stiller, 1996), and passing his first real dramatic test in the timeless his first real dramatic test in the timeless The Truman Show (Peter Weir, 1998). Carrey quickly proved there was nothing he couldn’t do.

The speed of it all was the thing. It’s not as if Carrey’s show business career didn’t go through some ups and downs—like many a comedian, he toiled in obscurity (Canada), had at least one failure to launch on TV (The Duck Factory; Allan Burns and Herbert Klynn, 1984)—and yet, when he took off, it felt like he’d had always been there. Watching early footage from his stand-up act, back when he relied mostly on impressions, it’s striking just how reckless Carrey seemed on stage, how wanton. He’d blast in, cut it up, and before you knew it, off he went. “I don’t know how it’ll write itself, but it will,” Carrey says of that time. Allllll-righty then. 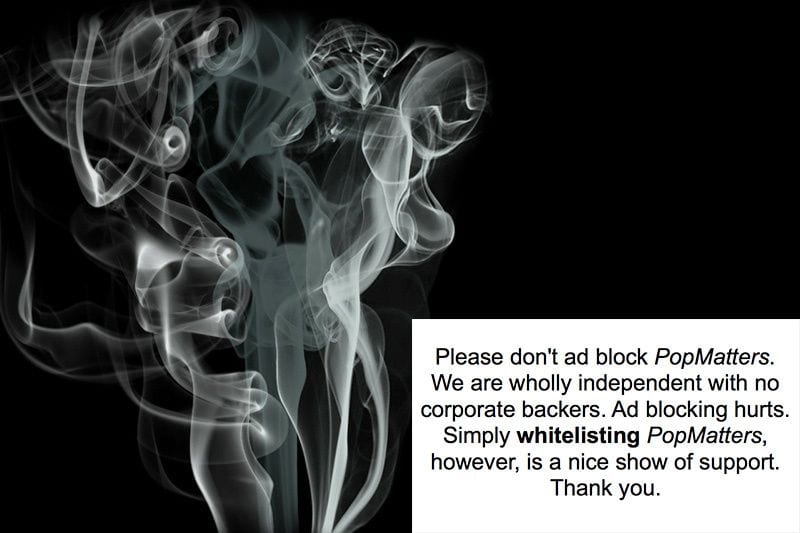 The $20 million pay cheque Carrey drew for The Cable Guy was the payoff for all that toil—and unshakeable self-belief. He was the most bankable star in Hollywood, the man who had emerged from nowhere, from actual homelessness, to become the biggest movie star in the world. Of course, this also created the idea of “Jim Carrey”, and with it a whole host of new expectations. Like Andy Kaufman before him, Carrey couldn’t quite escape the characters he’d created or his own celebrity. Everything was paid for, yet he was still not truly free. In effect, Carrey had chased down success for years only to realize there was no way to outrun it—or himself.

This is Carrey in the second half of his career, a live-action Wile E. Coyote racing headlong towards a cliff. The start of this period, around the early 2000s, is when the highest accolades don’t quite come (he’s still waiting for that Oscar nomination), the performances begin to feel increasingly manic (or hollow), and while still bankable, his star power begins to dim, his films becoming easier to dismiss. The personal apex represented by his Man on the Moon turn, which earned him a Golden Globe (his second after The Truman Show), had taken its toll. “[Carrey]’s afraid if he gets healthy, he won’t have creativity, sometimes,” says Carrey in-character as Kaufman. “And I think sometimes he makes a conscious decision not to be completely together.” This right after wrestler Jerry “The King” Lawler, no stranger to destructive personalities, is shown physically warning Carrey about going too far.

So what do you do when you achieve all your dreams and still find yourself at loose ends spiritually? What’s left? For Carrey, his existential burnout is best captured on-screen in Eternal Sunshine of the Spotless Mind (Michel Gondry, 2004). There’s little of the manic Carrey here, little that would even suggest the man’s origins as a wild stage performer. Still, the looping form of the film’s narrative suggests a man desperately looking back. Carrey’s avatar Joel Barrish is heartbroken, with only his memories to comfort him. By film’s end, both man and character are made to understand the risks of doing it all over again—they could end up right back where they started. It remains as the last truly remarkable Carrey performance.

In almost 15 years since, the best film with Carrey in a starring role is the barely released I Love You Phillip Morris (Glenn Ficarra and John Requa, 2009). Carrey returns to his usual high energy mugging, representative of this late period, yet there’s also a different resurfacing: the man without concern. It’s a longer thematic thread connecting his films like Bruce Almighty (Shadyac, 2003) and Yes Man (Peyton Reed, 2008), but here it finds its purest form.

In Phillip Morris, which is based on a true story, Carrey plays repressed police officer Steven Russell, married father to a young daughter. A car crash opens his eyes: he will no longer live the life expected of him, instead choosing to gleefully embrace the life he wants. So, surprise, Russell becomes a flamboyant gay man who also happens to be a relentless conman. It doesn’t take much to sell the entire premise—even the central romance with the titular character (played by Ewan McGregor). It feels spiritually akin to Carrey’s own origin story in which he threw off everything he knew or was supposed to be and just went for it, come what may. Fittingly, the film’s final scene features a sprinting Russell running from the law once again. He won’t stop—and he can’t help who he is.

This is probably the easiest way to explain the rest—the anti-vaxxer stuff, the turn to painting, the random cameos in films and weird sketches on Funny or Die. Some of it is undoubtedly the result of the warping effect of celebrity detachment; but that unending return to performing—here, there, everywhere—free of any real financial concern speaks to something else. Why else return to a Dumb and Dumber sequel in 2014, or continue to take on dramatic roles in films that don’t work like The Number 23 (Joel Schumacher, 2007) and Dark Crimes (Alexandros Avranas, 2016)? Carrey as Kaufman’s alter ego Tony Clifton has one theory, grumbling in Jim and Andy, “Jim Carrey, he wants to be liked. He wants to be liked by everybody. He’s his worst enemy. He’s a coward.” Even this doesn’t quite explain everything though—or it doesn’t go far enough. “All we really yearn for is our own absence,” Carrey as himself says later in reflection. “We yearn for what happens at death.”

This is heavy stuff, and far away from Carrey’s early care-free days. He’s a man with more money than he knows what to do with and no ambition to even try, anymore. And yet, he can’t just disappear. He instead remains somehow in character, as a version of Kaufman and Clifton, as a celebrity, as just himself on camera—as equal parts Jim Carrey and “Jim Carrey”. In the final interview of Jim and Andy, Carrey admits he doesn’t really want to be held together by any sort of identity, he wants to be in the “great beyond” floating apart from everything. In one sense, free from material concern, it sounds like he’s already made it there; in another, however, it doesn’t sound much like he’s happy.

After watching Carrey’s career for over three decades, we can tell ourselves we know him in all of these different forms. It’s there on screen and off, with both the good and bad parts breathlessly reported upon. In looking back we can now see how all the pieces fit together in a single digestible big picture narrative. Then again: who do we really know, even when they’re right in front of us? 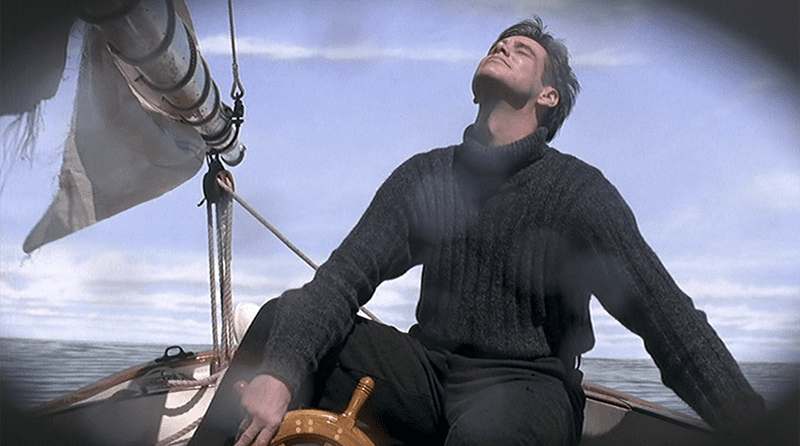 TAGS ace venture andy kaufman comedy dumb and dumber eternal sunshine of the spotless mind feature funny or die i love you phillip morris jim and andy: the great beyond jim carrey man on the moon the mask the truman show
FROM THE POPMATTERS ARCHIVES
RESOURCES AROUND THE WEB