The power of a soundtrack recording lies in conjuring either fleeting remembrances of screenshots or raising ghost visions that our minds flesh out into widescreen emotion. It was hard not to hope that phantasmal glory awaited within the latest reboot of the Halloween franchise and John Carpenter’s brand new soundtrack commissioned to accompany it. The backers of Halloween certainly pulled out all the stops to revivify this aging corpse. Fortieth anniversary! Halloween week release! Original star Jamie Lee Curtis and the first actor to play Michael Myers, Nick Castle, back on board! And, most importantly of all, not only did they secure John Carpenter’s seal of approval they persuaded him to be executive producer and soundtrack composer. Unfortunately, what we have here is further evidence that brand recognition and nostalgia are currently the most powerful forces in Hollywood — and that it works as a cash-spinning formula: the film is the highest earning volume in the franchise.

The wider backdrop makes it’s fair to approach the soundtrack with a degree of cynicism. Carpenter famously disparaged most Halloween sequels; attempted to kill the focus on Myers with Halloween III: Season of the Witch; then refused to direct Halloween: H20 — but now he’s out and about saying that the latest script was so fresh and original he really wanted to be involved. Well, sure, I emerged from the cinema appreciating a twist or two on the formula, some fun moments. But I still found it a forgettable, ‘does what it says on the tin’, rehash. I think he’s being disingenuous about his reasons for doing this — I think this is about a soundtrack fee and a cut of film profit — otherwise, we’d have to declare his critical faculties legally dead which would be far less reassuring. As context, however, yes! I went to the film, and I bought a copy of the soundtrack on my own dime, why? Because I don’t begrudge a genuine auteur the chance to finally earn that filthy lucre that is his due after years of being admired but never paid — do we owe John Carpenter a living? Course we do!

But that’s not the same as saying Carpenter gets an automatic ten-out-of-ten ‘genius pass’. Beyond the Hollywood business machinations, there’s specific music history at work too. The rise of hypnagogic pop and hauntology brought the alien sound of early synthesizers back into fashion making the past few years the perfect time for the (reliably awesome) Sacred Bones label to offer one of their heroes a chance of a fresh career, his movie work having been in acknowledged decline for years. To his credit, Carpenter has grabbed that chance with admirable industriousness: since 2015’s Lost Themes there’s been a new Carpenter album each year.

Similarly, the savagery wrought on the music industry across the 2000s created a second trend in which movie soundtrack work became a comparatively safe money-spinner, as other revenue sources tanked, for those artists able to take advantage of it — and there’s no one better placed than Carpenter in the context of the Halloween revival. The final recent trend is Carpenter’s retreat into his own back catalog with the Anthology album providing polished up versions of old themes from his films and now the Halloween soundtrack. Fashion trend, safe cash, nostalgia — it’s a potent mix.

The album itself is not. If you have any awareness of Carpenter’s soundtrack work then you can already imagine how this sounds — heck, Carpenter’s influence over most chiller soundtracks of the past 40 years means if you’ve watched anything of that nature then you could hazard a fair guess. The majority of the music here is a paint by numbers blur of dark ambience, twinkling quietude, rock band stabs and keyboard fanfares. What’s frustrating is the sense of a past master, someone who invented many of the tricks of the genre, ticking down a checklist. The return to a melody or sound, or some twisted recollection thereof, is a standard tool in the armory.

Sure enough, “Halloween Theme” is interpolated several times — on “The Shape Returns”, “The Bogeyman”, and “Wrought Iron Fence”. In each case, however, it’s simply an unimaginative distraction deployed with no originality or intrigue and, as these pieces aren’t permitted to stand on their own two feet, each is left feeling incomplete and overwhelmed by the famous echo pasted over them. Similarly, quite a few tracks (“Say Something”, “Ray’s Goodbye”, “Trap The Shape”) rely on looped keyboard patterns as their fundamental underpinning, but instead of the repetition playing with time and discombobulating the listener (the fact the instruments are all perfectly tuned this time around further adds to the ordinariness), they’re so unchanging they wind up feeling like presets.

That isn’t to say there aren’t good ideas, it’s just that a lot of the time they’re needlessly derailed. “Wrought Iron Fence” has something of the hectic pursuit of Brad Fiedel’s work on The Terminator until the mindless “Halloween Theme” chords cut it off at 30 seconds. Other ideas are barely allowed to begin. The rising whine of aggressive static that buzzsaws through the otherwise pedestrian “Say Something” makes the hairs go up on the neck — then stops abruptly. The percussive blasts at the close of “The Shape Kills” seem about to spin into something new but are cut off after a sparse two beats (they reappear just as ineffectively on “Say Goodbye”). 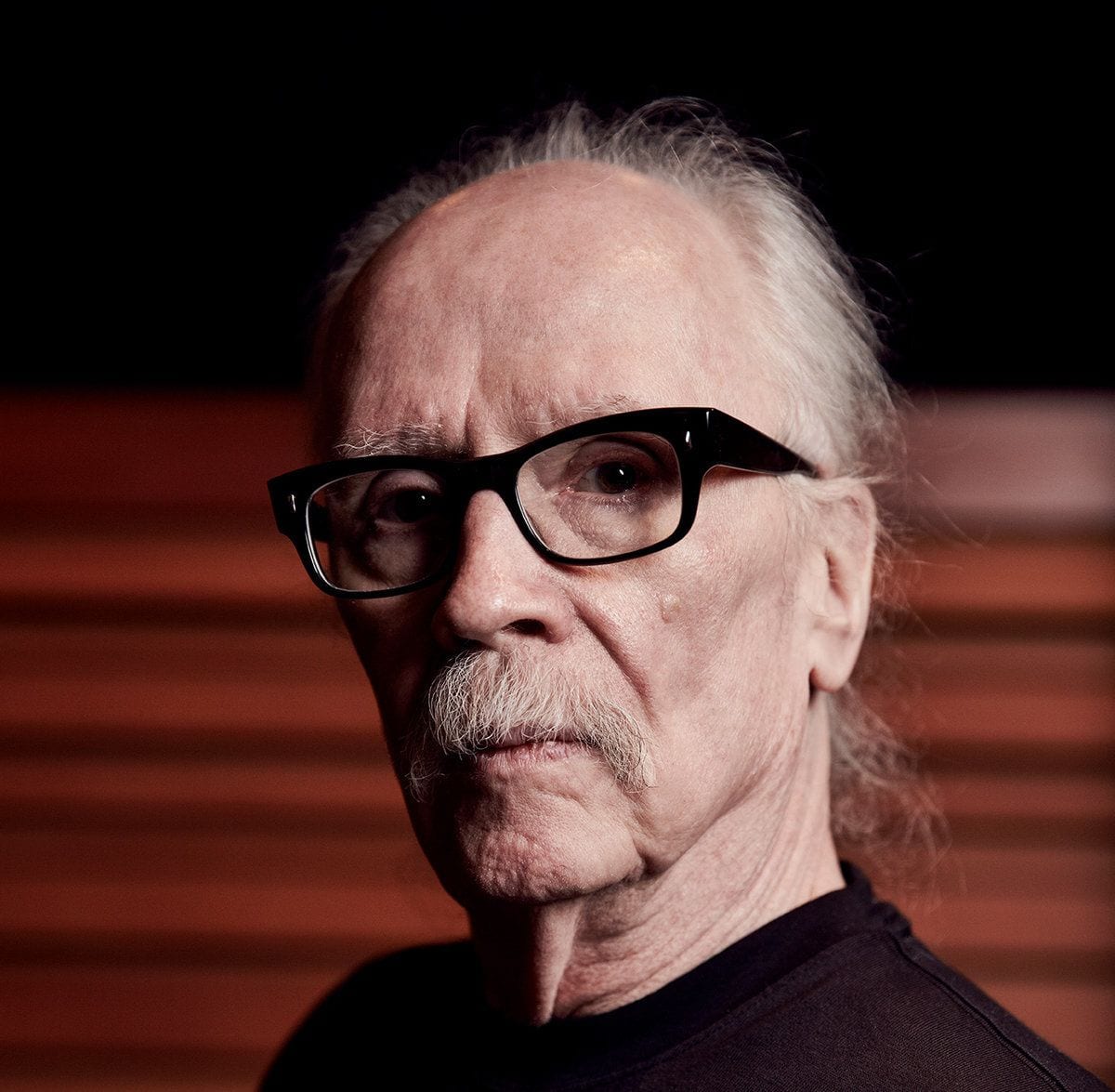 The freshest ideas on display all echo machinery in some way: the gravelly effect that overpowers the latter half of “Prison Montage” with its dragging nastiness; the coruscating viciousness of the power chord that cuts “The Shape Is Monumental” in such a massive way that it calls to mind both thermal lances and klaxons; the maddening tick at the center of “The Shape Returns” which needles and pricks at one’s concentration before, later in the same track, something like the locking/unlocking of a car door intervenes. In the film itself, the most harrowing sounds aren’t musical, they’re usually burdensome silences punctuated by the violence of a single sound in isolation, or the grotesqueness of human voices corrupted by fear, technology or imagination — there’s little here of that force.

It’s safe to say that “Intro” is the best track here and, as the first thing one hears, it promises much. There’s glowering anticipation and a precise summation of the base elements of the album as a whole with two bass tones circling one another to form the bed, a high-pitched synth tone shivering then evolving into a brief run of held notes, before the track resolves itself with a tactile scraping that circles ominously until the bass alone remains. There’s also a miniature treat on “Allyson Discovered”. The piano theme walks faltering steps, just a few notes, then pauses, an unsteady descent, notes sinking down-down-down. Suddenly the bass surges forward. Barely noticed, it had been there all along, and in bare seconds it swells until it looms over the listener with an intimidating muscularity — then it’s gone. It’s a perfect moment for a serial killer soundtrack, delicacy overwhelmed. Most other pieces are simply too brief and too musically conservative to feel like more than perfunctory tuning up.

A background issue is one of structure. The return of themes on the soundtrack album for Carpenter’s The Fog is well-handled and genuinely, even in soundtrack form, give the impression of announcing a character’s entrance and exit. Similarly, on something like Carpenter’s Escape From New York, snippets from the film further the sense of unfolding narrative. Here, on Halloween, there’s nothing bar the title tracks to indicate this is anything more than a random grab-bag of middle-of-the-road electronica.

Likewise, poor placement means the same motifs, such as the “Halloween Theme” or the looped keyboard patterns, tend to reappear in rapid succession or even on songs placed next to one another. We keep getting told that “the album is dead” but so long as music is being placed together for consumption in conceptual units, and especially in the case of a soundtrack, it’s fair to say that successful albums tend to have a flow to them. I don’t think it’s unreasonable to ask that an artist, especially one with a background in making long-form movie narratives, not make it so obvious that there’s not been an ounce of attention paid to how this fits together as a listening experience.

Some might say there’s no life left in the Halloween formula — au contraire, the “Halloween Theme” itself gives the lie to that. Way back in 2001, under the name Ben Tramer (a Halloween reference), Arab Strap’s Aidan Moffat released an EP of covers from the original Halloween soundtrack. With its amped-up drums and celebratory fist-pumping edge, Moffat’s take on “Halloween Theme” stripped away the horror of the original to make something fit for the club dancefloor.

Even better, last year’s version by Trent Reznor and Atticus Ross was a lightning strike shocking fresh life into the tune. Reznor and Ross took the rather simple three movements of the original (initial build, extended reprise, reprise outro), hacked them apart, dismantled them, then built out the resulting motifs into a new and much-augmented structure. For the first two full minutes, they give a horror 101 master-class by hinting at what the audience knows must come, letting them wait, holding it back, teasing glimpses. And then it comes, the nagging piano pips, the extravagant chords. They nestle it in a wealth of tension-building detail with swirling background tones rising to a siren howl, backward voices muttering and gulping, static breaking and dissolving into electric dust — and by the time the main theme returns it’s riding a freight-train of violent sound with more than a hint of Nine Inch Nails’ copyrighted vibe.

As both cases show, the issue is clearly not the weight of the original music, the issue lies with Carpenter. On the 1978 version of “Halloween Theme” the drumbeat lay somewhere between tramping boots and thudded luggage; chords crashed in then spread thick and gooey; while over it all those memorable piano stabs always unresolved as the rapid pace switching to short two-and-two phrases messing with our sense of time and hurtling us into the next cycle before the sudden break from the established key dropped the listener as firmly as a stomach-turning fairground ride. While structurally simple, the original contains a fleshiness that rightfully earned it its reputation as a landmark in horror. Carpenter’s Anthology version in 2017, by contrast, no longer wanted to be horror music, the chords were lighter and less oppressive, meanwhile the background tick — the most inessential aspect of the original track — had been amped up into the track’s most inescapable sonic signature to the major detriment of all else.

The 2018 version goes even further: The drums follow Moffat’s surge toward the dancefloor and are now unmistakable as anything other than an instrument — they’ve shed the tactile cinematic quality of the original. Likewise, the piano, the echo has been stripped away thus losing the deeper sense of space and room ambience that added to its piercing eeriness — it no longer a warning cry, it’s just a piano exercise. The chords this time are triumphal — this is THE RETURN! And that’s about it — there’s no doom left in them.

Repetition, nostalgia, being one’s own cover band and not even the best: my gut feeling is that the group aspect of Carpenter’s current work is a crucial point. Carpenter now works in tandem with his son, Cody Carpenter, and with his godson, Daniel Davies. What I hear on the record is a comfortably middle of the road electronica reflecting an enjoyable creation process. My suspicion is that the more pressured, isolated and shoestring budgeted days of Carpenter’s life were better for making music that communicated the — ultimately private — experience of creeping fear and terror. While I’m delighted Carpenter’s life has had this pleasantly wholesome spell, that spirit of comfort fails to communicate what the best of his music had to offer and what a soundtrack by the name of Halloween deserves. 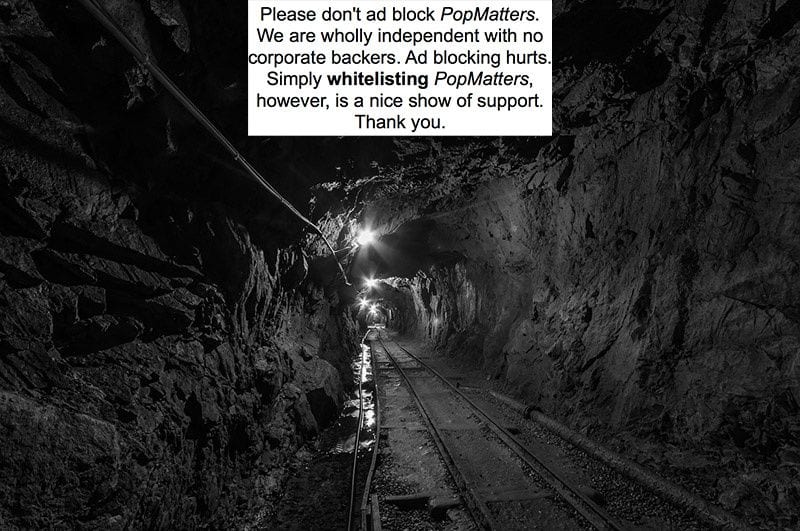