A sleeper hit of 1994, The Last Seduction catapulted a hard-working but little-known Linda Fiorentino into stardom. A sultry and gripping neo-noir full of blue moods, dark humour and hairpin turns, director John Dahl (who had helmed another neo-noir of a lesser success the year before, Red Rock West) reinvented the film noir as a viable and worthy genre for the ’90s. Under his direction, Fiorentino pulls out all the stops and delivers a tour-de-force performance that she has yet to match in all of her career.

Stuck in a dead-end telemarketing job, Bridget (Fiorentino) is ready to move on from her dead-beat criminal husband, Clay (Bill Pullman). He’s just completed a drug deal which has netted him $700k and Bridget finally sees her opportunity to escape and live the life she wants. In a flash, Bridget snatches the money and runs. Her husband begins an agonizing and desperate pursuit, having private detectives tail her from state to state.

Bridget gets by on her wits, swindling and seducing her way through men and employment. In Buffalo, she meets Mike (Peter Berg), who is smitten with her beauty and her strangely reserved character. Bridget is initially annoyed with the ready-to-please Mike. But when she learns that Clay is gaining ground on her whereabouts, she decides to use Mike in a scheme to finally get rid of her husband, and strings him along for one last, lethal seduction. 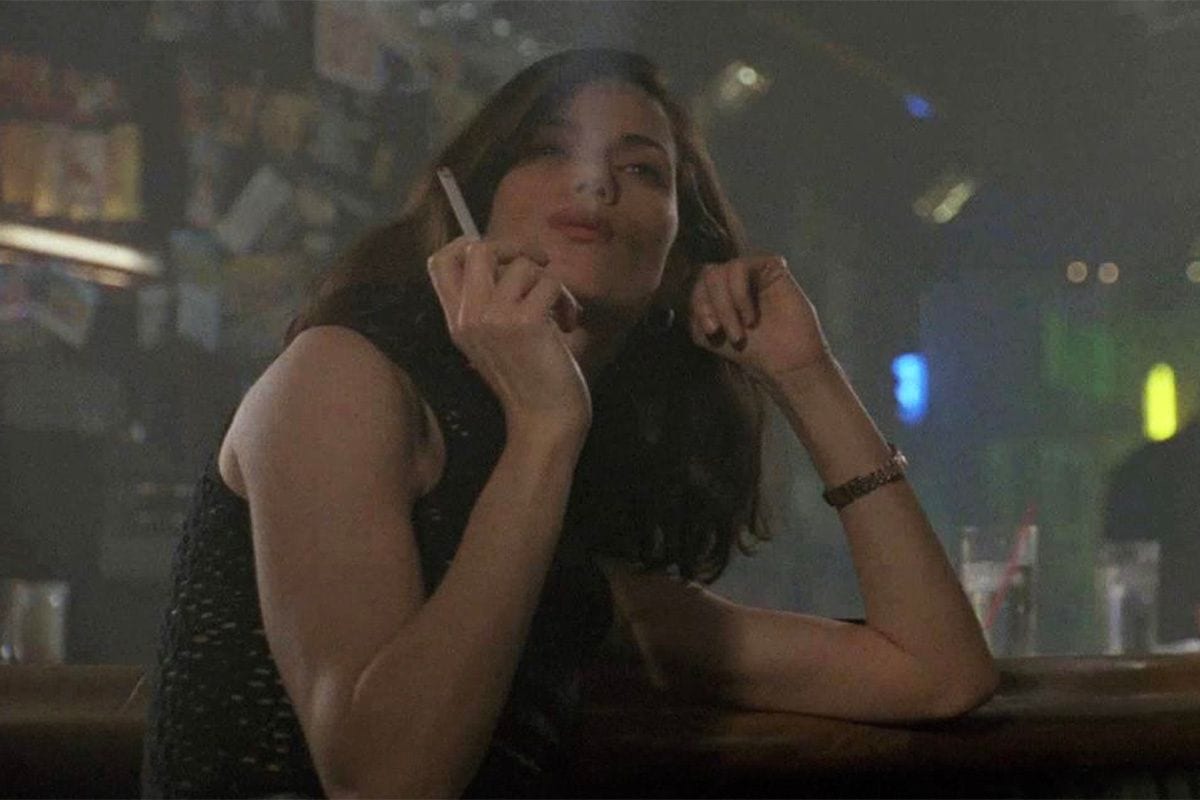 The Last Seduction takes the B-movie to the classiest of highs, giving the film noir genre a kind of slick polish normally reserved for European art films. Because of its sharply written script and a sure, confident hand behind the camera, the narrative is allowed to indulge in the sleaze without the barest hint of shame. It is this audaciousness that makes The Last Seduction such an engrossing and enjoyable watch.

Dahl films the sequences judiciously and with economy, never wasting precious time on unnecessary exposition. The story moves at a thoughtful but fluid pace, the plot points connect smoothly. Within this practical and yielding structure, Fiorentino gives the performance of her lifetime, extracting as much music as she can from the few spare notes that her character is given to play with. She makes the most of it and then some, either drawing a note out to a long, anxious hum, or plucking a precise chord when a scene calls for it. An offhandedly comic turn by the late Bill Nunn (playing one of the private detectives) rounds out the cast nicely.

Steve Barancik’s script is thick with tension, darkly sexual all round and punctuated with jolts of violence. It’s a textured narrative that manages to be both fun and funny – using biting humour as a way to quell the uncomfortable heat of the too-close-for-comfort sexuality that often fills the space between these hapless characters. Much of the energy is elicited from the smartly aligned narratives of the characters’ inner and outer worlds, the action building upon their sweat, blood, and tears as their internal lives fluctuate according to circumstance.

Indeed, at times, Bridget seems to generate weather, bringing about the requisite thunderstorm of many a film noir to her small and shrinking world. There’s really only two ways this story can end and, unbelievably, it still manages to surprise, receiving the viewer with a fully satisfying finish. 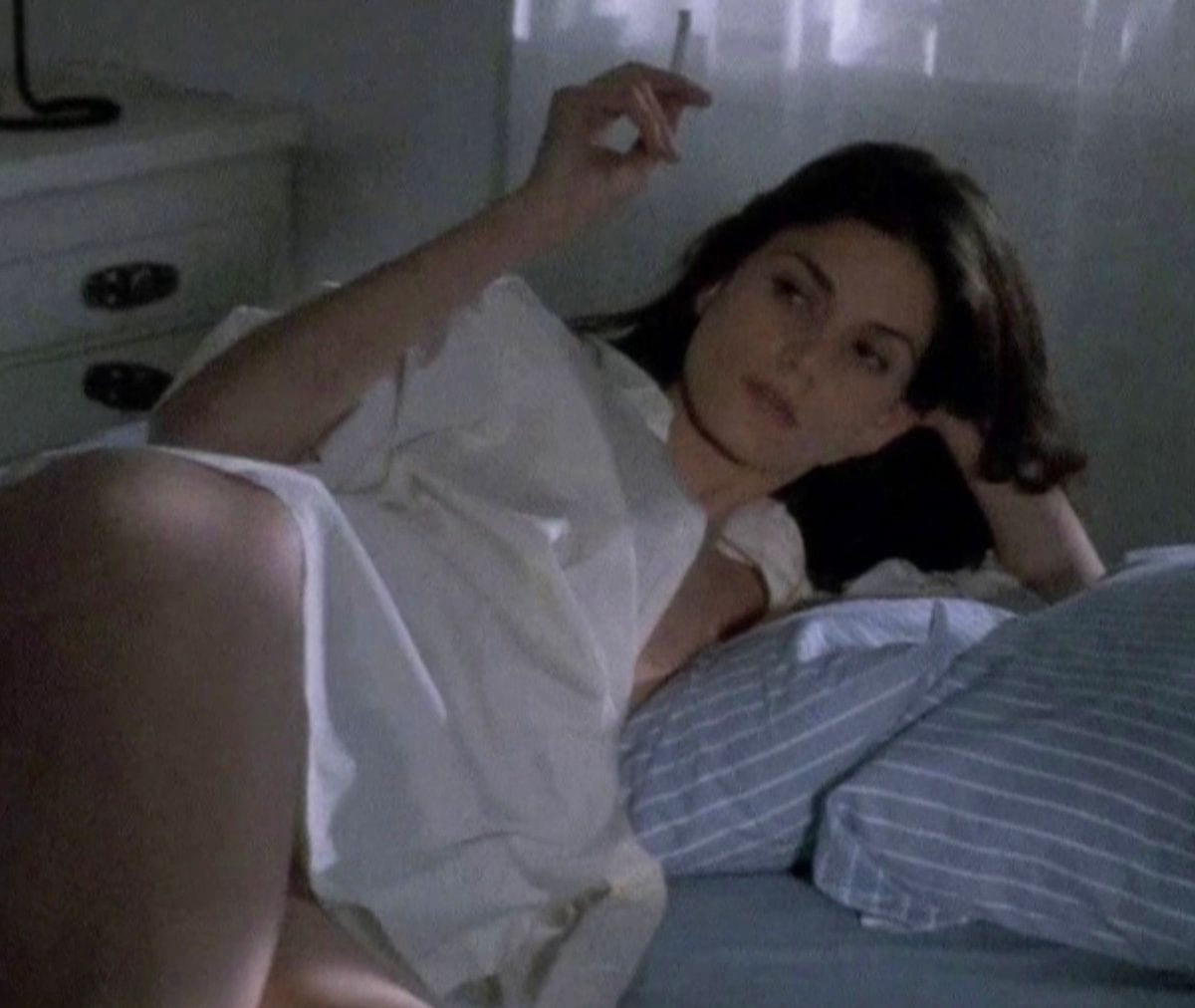 Scorpion Releasing (through distribution by Kino Lorber) delivers The Last Seduction with a transfer that is rather on the soft side. It’s a little better than the previous 2002 DVD release, but still shows some issues in the transfer detail. It’s unclear whether these issues lie with the available source print.

This is mainly a talky film and all the sauce-talk comes through crisply on the DTS-HD audio master. Fans are treated to a long overdue set of extras (not available on the previous bare-bones DVD). These extras include a new audio commentary with the director, a featurette with actor Bill Pullman, the director and the screenwriter, some deleted scenes, and an alternate ending to the film.

In the years since, no other neo-noir has managed to capture the suspense and sensuality as seen here, or the cynical mood precipitated by the haunted and restless lives onscreen. For her brazen blood-from-a-stone performance, Fiorentino was touted as a possible Oscar-nominee upon The Last Seduction‘s release. The motion for her nomination was overturned by the Academy of Motion Picture Arts and Sciences, since the film originally premiered on television before making its way into theaters. Reportedly, the production and distribution teams sued the Academy over Fiorentino’s ineligibility, but to no avail.