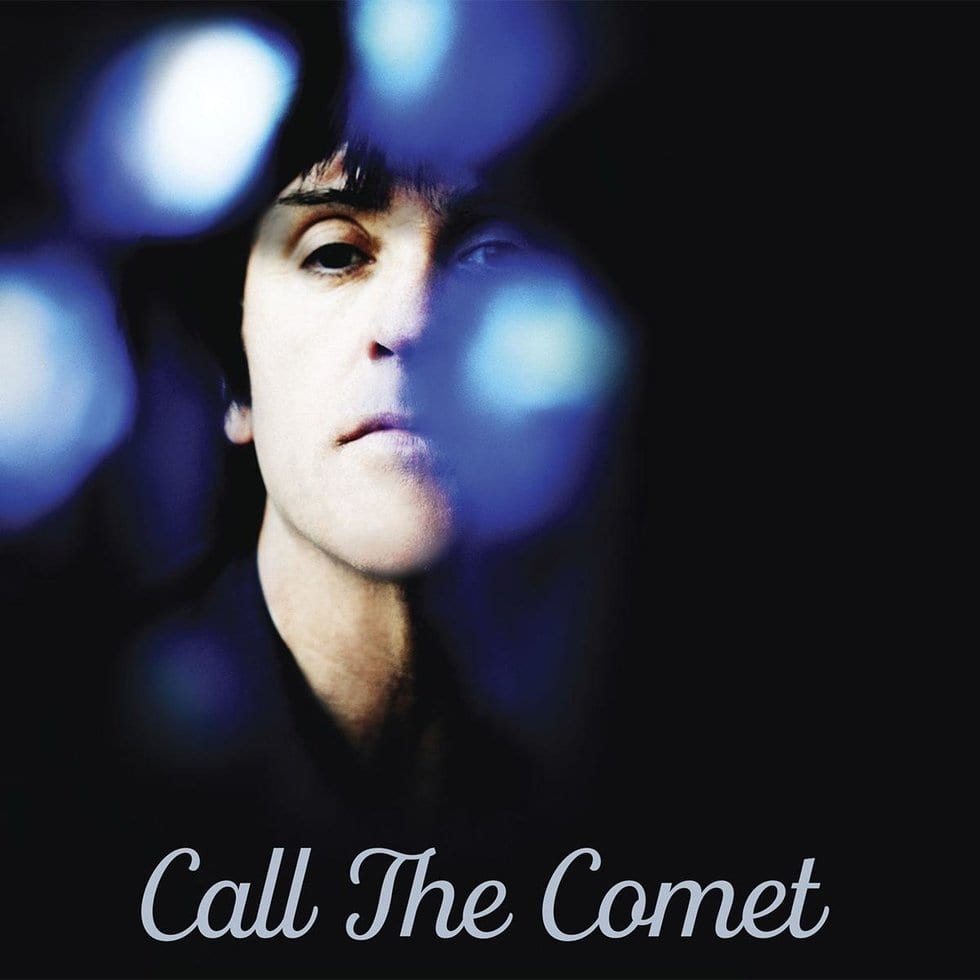 Johnny Marr doesn’t need to prove anything to you. As the guitarist and co-songwriter of the Smiths – arguably the most influential band in ’80s indie rock – he’s spent the last 30-plus years forging new paths and generally eschewing nostalgia. As a session musician for the Pretenders, Talking Heads, Bryan Ferry, The The and countless others, in addition to a short-lived stint as a member of Modest Mouse and one half of the ’90s synthpop outfit Electronic, Marr has confounded expectations by simply doing what he does best and keeping a relatively low profile.

Which is probably why his solo album count – if you include his latest one, Call the Comet – is at a measly three. In a way, it’s unfortunate that he’s happier sharing the spotlight because when he lets loose as a bandleader and songwriter, the results are often deeply satisfying and you wonder why he doesn’t do it more often. While his first two solo albums – The Messenger and Playland – were released only about a year and a half apart, Call the Comet comes nearly four years after its predecessor. That may be partly because Marr was working on his well-received memoir, Set the Boy Free, but whatever the case, the delay between albums has given Marr a chance to recharge his batteries. And it shows. Call the Comet is a tuneful, energetic collection of songs that evoke a youthful 54-year-old who still has plenty of good ideas up his sleeve.

Recorded over a nine-month period in Marr’s new studio outside Manchester, Call the Comet isn’t an enormous sonic departure from his previous solo work; if anything, he’s building on some of those musical themes and adding an extra layer of edge and atmosphere. Lyrically, there’s a loose concept at work here, imagining an alternative society and utopian future (Marr has described the album as his form of “magic realism”). Like many other contemporary artists, Marr’s work was influenced by the 2016 U.S. presidential election, and wrote the opening lines of the album’s first song in a New York City hotel two days after Trump was elected: “Now here they come / It’s the dawn of the dogs / They hound, they howl / Never let up.”

That first song, “Rise”, sets the scene for the hour of music that’s to come. Stuttering synthesizers combine with fat guitar riffs, sprinkled with a dash of the glam rock Marr grew to love in his youth. “The Tracers” follows and its a speedy, vaguely psychedelic single with a galloping drumbeat that echoes “The Queen Is Dead”. Marr is only too happy to look to his past for influence but insists on simultaneously moving forward. “Make your way to the edge of the world,” Marr sings, “Catch the transport down from the sky,” keeping the album’s pulpy sci-fi vibe at the forefront.

While regarded as one of indie rock’s most trailblazing guitarists, Marr is still comfortable enough to let the keyboards and dancefloor beats take over from time to time, always in a tasteful manner that serves the song. “New Dominions” is anchored by heavily synthesized drum programming that meshes well with the industrial guitar slashing. “My Eternal” is fueled by an anxious synthpop beat that recalls classic Gary Numan.

But it’s not all synth sequencing and a Ray Bradbury jones. “Hey Angel” has enough rocking, hip-swaying swagger – not to mention a full-on bluesy guitar solo – to satisfy Marr fans who didn’t necessarily warm up to his Bernard Sumner collaborations. Old-school Smiths fans will also find plenty to appreciate here, as album highlight “Hi Hello” includes chiming guitars and aching minor-key chords that wouldn’t sound out of place on Strangeways, Here We Come. The loose funk riffs of “Bug” evoke a bit of Britpop’s more enjoyable moments, and the smart song structure of “A Different Gun” sounds like Beatlemania filtered through ’90s Manchester.

Marr has found a way to reach into his bag of tricks and find a little bit of everything. A little techno here, a helping of indie guitar flash there, and plenty of futuristic lyrical paranoia for good measure. “This is the most complete thing I’ve ever done,” Marr recently said about the album. It’s hard to argue with that assessment. While former bandmate Morrissey is busy burning bridges and alienating fans, Marr has his eyes on the comet in the sky, always moving forward.