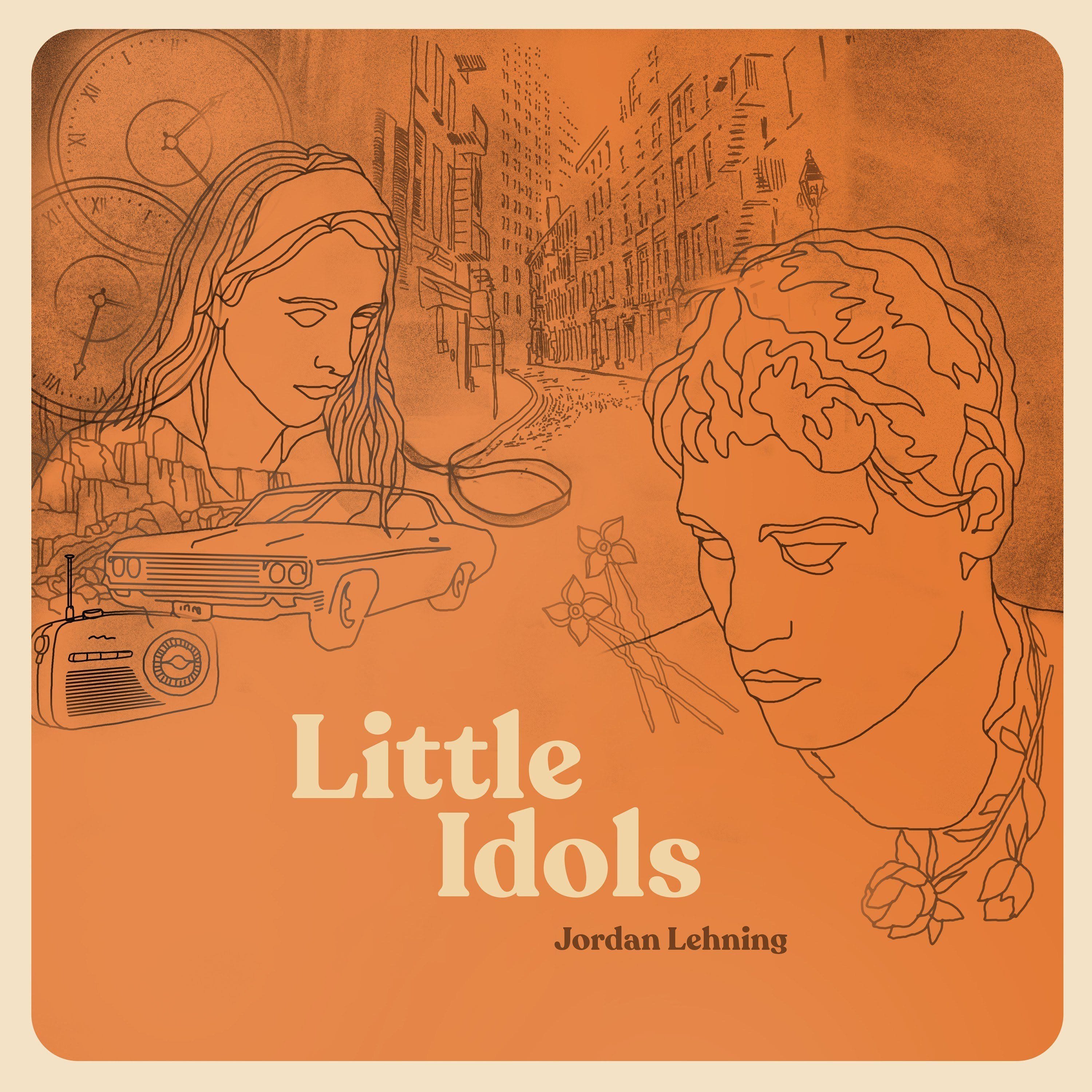 During a interview with Atwood Magazine, Jordan Lehning said the impetus for his most recent album (Little Idols) came from a vision he had about the end of an affair. The couple would be parked in a car that would not start while the radio played the song “Crimson and Clover” over and over. Lehning didn’t specify if he meant the original Tommy James & the Shondells hit or the Joan Jett cover. My bet would be on the James’ rendition based on the similar echoing of the song, but it doesn’t matter that much as either one would suffice to set the atmosphere. Simply put, the old song’s lyrics don’t make sense. Not only that, but the words are sung with strange breaks between syllables which make them even harder to decipher. I remember a television quiz show from my youth called The Generation Gap that had the adults try to guess what the lyrics were, and they failed. I can’t remember how their kids did, but presumably, they knew because it was a popular song at the time

In any case, “Crimson and Clover” succeeds in setting an atmosphere of something soft and beautiful as those words suggest. Lehning uses the reference to the song as “a yarn”, the kind one ties around one’s finger so as not to forget something (in this case, the love affair) even though it is over. This can be found on Lehning’s “The Quarry Song” about the relationship’s terminus. It tells the story. The woman is married, and the man is young and single. The romance can only end badly. It’s best to break it off. Allusions to sex and love are poetically rendered. For example, when the key is removed from the ignition, the music goes on, which suggests that even when the coupling ends, the memory of it sweetly lingers on.

Lehning intends the record work as a sort of movie. The music frequently changes style and mood so that the film in your head is accompanied by sounds and effects in musical terms. He uses electronic synthesizers and musical instruments to create everything from the wind blowing and doors shutting to straightforward guitar based lines to capture what’s going on. Lehning sings in measured, mellow tones even when the background gets kind of strange. The instrumental settings feature elements that share much in common with the contemporary classical traditions of Terry Riley, John Adams, and such, who use repetition and angular changes during a song’s progression.

There are also several moments of beauty as befits a story about a love affair. These songs precede “The Quarry Song” and help set the amorous moods. For example, the track “Little Lie” offers charming little details and observations about being with his sleeping lover while a gentle melody plays that seems to sweetly and softly drift in and out. The “Little Lie” is his name for the woman who cheats on her husband with him. The song ends with a menacing coda, but not until first making the attractions and pleasures of the affair clear.

While the initial narrative may end with “The Quarry Song”, it’s only track seven of nine. The two that follow reveal the reverberations of what was done and felt. “Treasures of the Flood” sonically suggests the residual emotional pain while the final cut, “Only That You’re Gone” reveals how feelings have ebbed over time and distance. All that remains is the affairs’ absence. The ephemerality of it all is what gives the memory its charm. The song doesn’t fade. It just ends, like the illicit relationship did. One can mentally picture Lehning ending his music movie with a title frame saying “The End”.