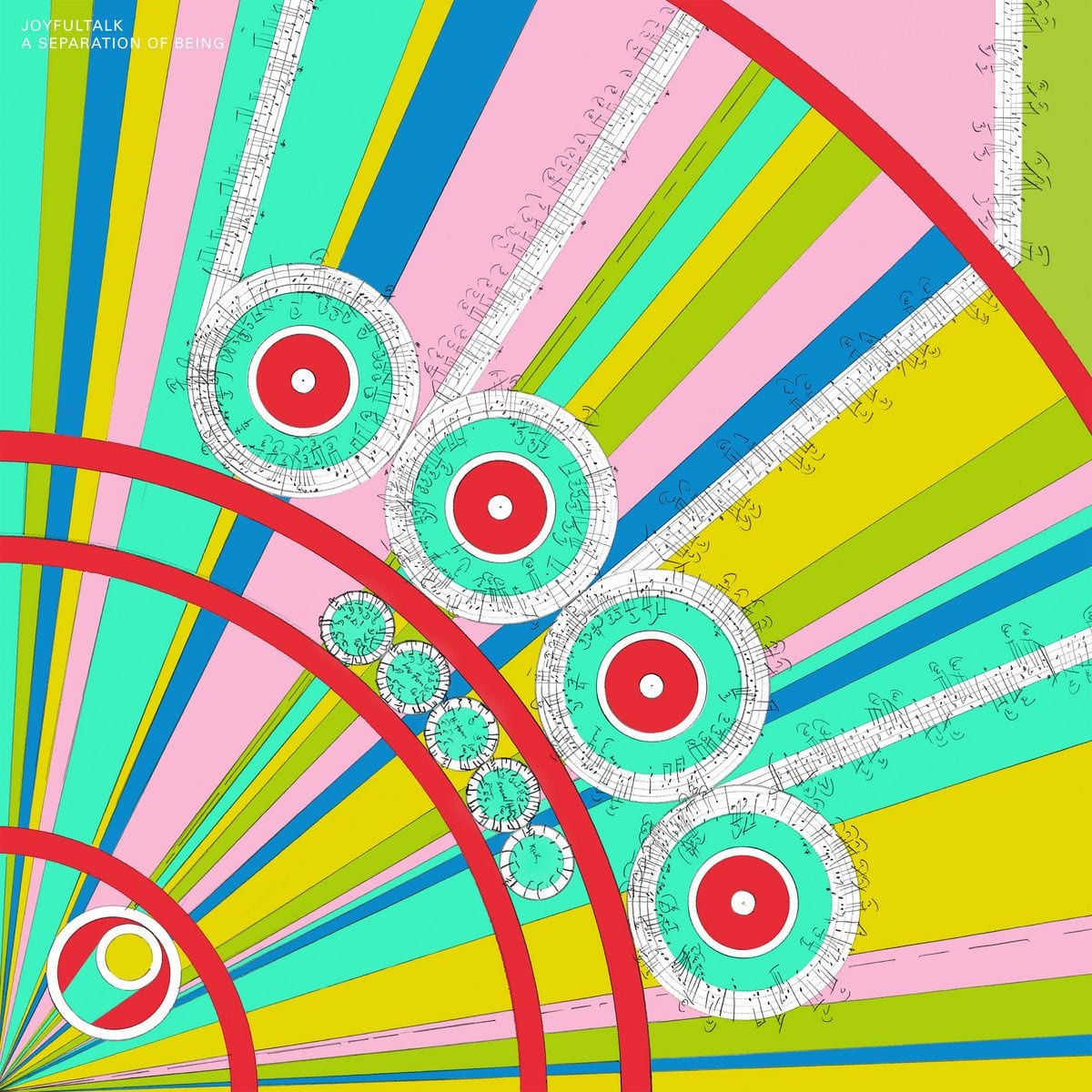 A Separation of Being
JOYFULTALK
Constellation

Under the moniker JOYFULTALK, Nova Scotian composer Jay Crocker released two albums, MUUIXX (2016) and Plurality Trip (2018), and while those two albums garnered deserving praise for their dense blend of electronic, techno, and Krautrock, A Separation of Being is a giant step forward, both in concept and execution.

Based on a giant visual score according to his conceptual scoring methodology known as the Planetary Scoring System, A Separation of Being could almost be compared to an enormous, brightly colored variation on a piano roll. The music has a larger-than-life feel to it, but it’s framed largely by minimalism, so however baffling the concept of this scoring system may seem, there’s an almost calming sense of simplicity to the finished product.

Broken down into three sections (clocking in at a total of about 32 minutes), the individual parts all come off as relatively similar but have enough differences in their respective structures to retain a uniqueness. On “Part I – I’ve Got That Trans-Dimensional Feeling Again”, Crocker unspools a bright, engaging melody that infuses Eastern melodies and Reichian adventure, with another melodic layer added several minutes into the track, by way of a mesmerizing cello that lays to rest any suspicion that this is a cold, detached form of minimalism.

On “Part II – Pixilated Skin”, the overall texture and mood shifts ever so slightly – there’s more bottom end, resulting in a funkier, slightly darker edge. But it’s still incredibly buoyant and – true to Crocker’s artistic moniker – positively joyful. Eventually, the bass notes die down, and the listener is left to ponder gorgeous string notes that eventually bleed into the final track, the nearly 17-minute “Part III – Liquified Then Evaporated”.

On this final track, which is roughly the combined run time of the two songs that preceded it, the melody remains relatively unchanged, but the slow, gradual buildup of instruments is true to the spirit of Steve Reich. Reich’s inspiration is all over this incredible album — in that, the listener is left with a song that ends very differently than how it begins, but the subtle shifts over time make it seem perfectly natural.

Utilizing a refreshingly organic approach and a unique sense of inspiration and bravado, Crocker’s latest release under the JOYFULTALK name is full of passion, intensity, and unbridled joy.