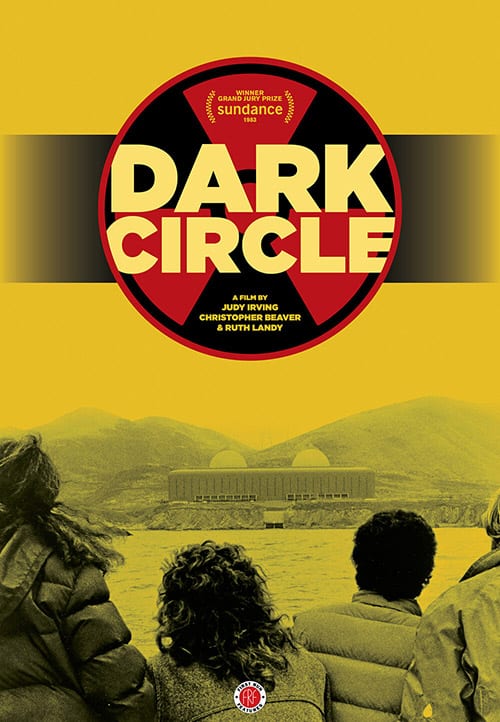 “If you are working with a radioactive substance, don’t let it escape…it may come back to you.” — National Educational Television video on plutonium (1963)

Much like forthcoming generations will find it difficult to imagine a pre-Covid-19 world, most of us of a certain age find it difficult to imagine a world not yet cloaked by the clouds of nuclear power. In Dark Circle, a 1982 documentary collectively directed by Judy Irving, Christopher Beaver, and Ruth Landy (and narrated by Irving), and now available via streaming from First Run Features, we are transported beyond nuclear technology’s grandiose standing and shown sobering portraits of its everyday victims.

In 1982, several nations, including the United States, China, and the Soviet Union, owned nuclear stockpiles totaling in the thousands. The world was mired in the Cold War, an ideological struggle for cultural and material domination. Against this backdrop, Dark Circle takes its viewers to just outside of Denver, Colorado, near the Rocky Flats Plant, a nuclear weapon manufacturing complex with a surrounding community mostly ignorant of its fatal proximity.

Irving’s interest in the area occurred almost by chance. In the late ’70s, she visited friends in Denver and drank the local water without a second thought. Later, she read a magazine article alleging that a nearby reservoir had been contaminated with plutonium, the highly radioactive substance sitting at the core of the “Fat Man” and “Little Boy” bombs that destroyed Nagasaki and Hiroshima during WWII.

Plutonium, as is well known, causes cancer and genetic defects up to 20 years after exposure. The source of the plutonium in Irving’s water glass was, of course, the Rocky Flats Plant. Via her discussions with the residents surrounding Rocky Flats, Irving exposes how residents who have worked and lived around Rocky Flats were denied adequate assessments of the plant’s risk regarding their health and safety.

Four miles away from Rocky Flats, we meet one of the starkest examples of this risk in Don Gabel. Gabel began working for Rockwell International, the conglomerate contracted to work Rocky Flats, at the age of 20. The result of his nearly ten years at Rockwell is a malignant brain tumor, which undergirds Irving’s interaction with him and his wife, Kae. Barely able to respond to Irving’s questions in complete sentences, while Kae somberly sits at his side, Gabel mentions working with gloves with holes in them (while presumably handling plutonium). Gabel mentions to his boss the hot pipes emanating radiation mere feet away from his work station — only for his boss to dismiss his concerns. Only 30-years-old at the time of his interview, Gabel says he now feels “100 years old”. His gaze is distant, clearly drenched in disbelief and pain. His look splits a moment in time between peering into the camera and somewhere off-screen. Irving tells viewers Gabel passed away just six months after the interview.

Gabel’s passing, one of many resulting from a lack of accountability from the various organizations involved in running Rocky Flats, indicates corporate blindness to everything but profits and the American government’s selfishness in the name of “national security”. As Irving describes it, Rocky Flats produces the “heart” of the hydrogen bomb: the plutonium trigger. The trigger is a small atomic bomb that’s fitted onto one end of the hydrogen bomb, creating conditions akin to those in the fierce interior of the sun upon detonation. It is these conditions that are needed to “ignite the hydrogen components”.

In its three decades of existence (from 1982), Rocky Flats has overseen the production of 26,000 plutonium triggers. With every trigger weighing about ten pounds, it means workers have handled approximately 260,000 pounds of plutonium. Following this unfathomable calculation is a grim statistic: According to Rocky Flats, “the brain and central nervous system cancer rate among their workers is five times higher than for people in the rest of Colorado.”

Gabel’s interview and the focus on plutonium triggers comprise but a small fraction of Dark Circle‘s 82-minute run time. Nevertheless, these few minutes indicate a theme in which intimacy is equally shared between people and technology. One particularly interesting scene takes place at a private weapons convention in Washington, D.C. It is there that we find ourselves shoulder-to-shoulder amongst representatives of companies that helped build the hydrogen bomb and the new technologies they are trying to sell to the government.

Eerily enough, viewers are treated to an early iteration of a drone from Northrop, a major defense company now known as Northrop Grumman. A relatively young woman explains to prospective buyers how these machines can jam enemy radar systems. She chuckles as if catching a brief glimpse of the 21st century and says, “…they’re all unmanned, which means that there’s no death involved if it’s…shot down.” The weapons convention scene ends with a rollcall of the seven corporations and one university that helped build the hydrogen bomb, among them a subsidiary of AT&T, General Electric, Monsanto, and the University of California.

In its numerous interviews with the workers who have fallen victim to plutonium poisoning and the activists trying to prevent further needless suffering, Dark Circle is the embodiment of activist filmmaking. In no way does the film simply contemplate suffering and governments’ misdeeds. Rather, it is begging the viewer to join anti-nuclear activism. Though the world’s nuclear arsenal is less now than what it was in the 1980s (13,000+ versus 50,000+), the United States and Russia, still holders of the world’s two biggest nuclear arsenals, maintain an adversarial relationship.

Furthermore, today’s two most significant foreign policy challenges pertain to the specter of nuclear weaponry: 1. Israeli and America’s pushback against Iran’s use of peaceful nuclear power, and 2. destabilization in nuclear-armed North Korea. As sanctions and assassinations follow these issues, countless civilians end up the victims. We must never cease to ask ourselves how we became enmeshed in this suicidal cycle and how we might extricate humankind from nuclear weapons.

For Irving, “the unbroken pathway of evolution” was forever changed in the years preceding three days in August 1945, when the United States dropped two atomic bombs on the Japanese cities of Hiroshima and Nagasaki. According to the BBC, reporting on the 75th anniversary of the bombings, an estimated 200,000 civilians were killed in the immediate aftermath of the detonations. The surrender of Japan would be announced within days and formalized on 2 September 1945. The “good guys” had emerged victorious from World War II, the most destructive war in recorded history, and all it took was the instant vaporization of countless civilians. With the detonations of Fat Man and Little Boy, the eyes of the Atomic Age opened upon our species. They have yet to blink.