For the past five years, the members of Jukebox the Ghost undergo a stunning transformation around Halloween. Jesse Kristin and Tommy Siegel don floppy wigs while Ben Thornewill trims his beard as they attempt to dress the part of Roger Taylor, Brian May, and Freddie Mercury (respectively) for their Queen-inspired Halloween shows dubbed HalloQueen. The band goes on a fan-favorite mini-tour performing a set of original material, a set of Queen material, and have a costume contest somewhere in the mix.

This year, the band offered up a nibble of HalloQueen to those who aren’t or haven’t been able to attend one of the shows. Jukebox the Ghost released three faithful Queen covers online. And a week before the tour began, singer and pianist Thornewill released another solo song, “Songbirds” (don’t be concerned about a break up, each member has been part of other musical projects). That song had been kicking around for so long that I even found a six-year old cover of it. Ahead of the sold-out tour (Cambridge, Massachusetts on the 25th, New York City on the 26th, Philadelphia on the 30th and Washington D.C. on the 31st), Thornewill chatted with PopMatters about the new song, HalloQueen, and in the spirit of the season, Halloween.

What was the general band discussion around covering and agreeing to dress up as Queen for performances? Was there anyone hesitant to it or was it an instantaneous yes?

We had learned a few Queen tunes as covers well before we turned it into an event. But then our drummer Jesse came up with the name “HalloQueen” first and then talked us into it. Though, to be honest, there was very little resistance. The hardest part was deciding to shave the beard before the set.

There is already a famous Queen cover band featuring Adam Lambert as lead singer. What does Jukebox the Ghost do to warrant the world’s recognition as the preeminent Queen cover band? Those guys are playing arenas.

We’ve been told we are more Queen than Queen.

Before three recent Queen songs, the band only occasionally released covers. Is there a plan to release an entire album of covers?

Ha! Man, you give a mouse a cookie, and it asks for a whole sheet.

Well, then what is next for Jukebox the Ghost?

We are working on studio album number six and pumped about it. We are hoping to start releasing new music in early 2020.

You released a new solo song “Songbirds” last week describing it as “a constant quiet musical companion for many years now”. What obstacles did you encounter (mentally or physically) that kept it on the backburner?

“Songbirds” has been the song that I’ve known would be released by me as a solo artist for a long time. Solo records have always been on the backburner for me because Jukebox the Ghost has always been such a priority, and it still is. But we live in a world where you can have multiple creative outlets, even in the same field. The song never felt like a Jukebox the Ghost tune — it is too much my own brainchild, I felt too precious about its arrangement and instrumentation to let anyone else in on it.

It is also the first release of mine that I produced. I think you’d be hard-pressed to find any artist of any degree of success that doesn’t fear taking risks — and for me, the fear of releasing music on my own got in the way of bringing this song into the world. But here we are! And I hope that it becomes a catalyst for more songs of the like being brought into the world. 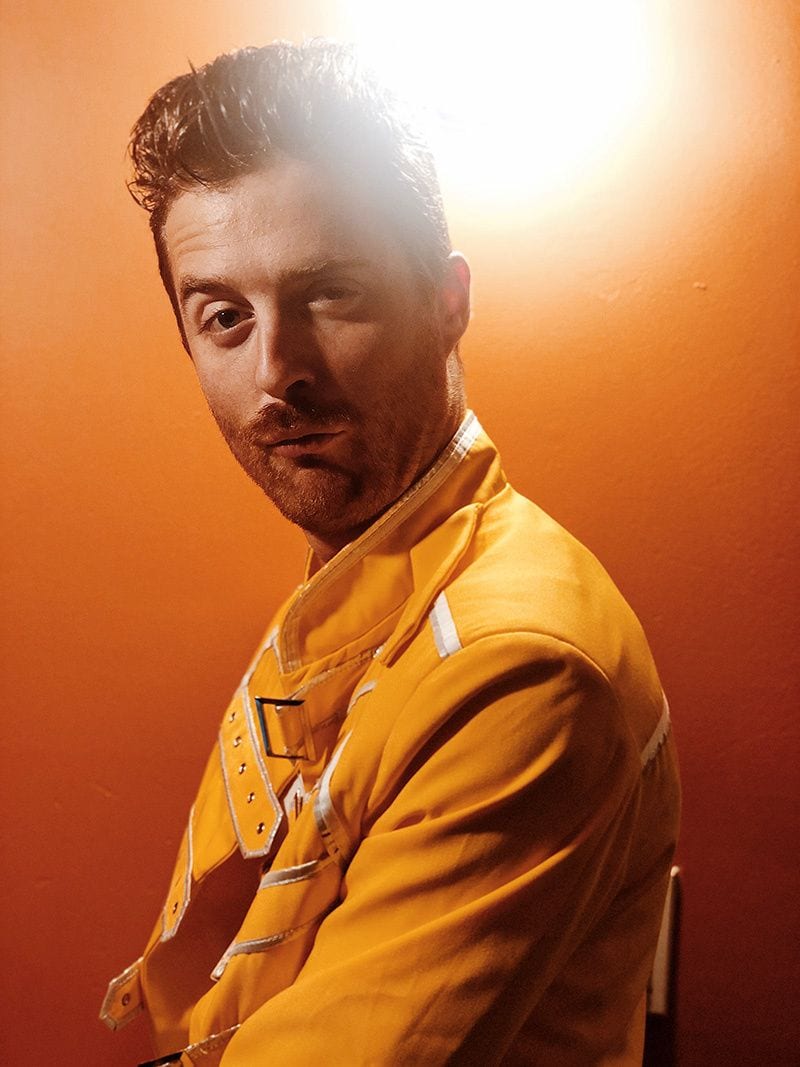 How has you experience with Patreon been? I imagine fans can be more connected with you — is that good or bad?

Tommy [Siegel] and I both have Patreons right now. I’ve really been enjoying it – it’s been a great way to share demos with fans, talk with them about new songs and covers, and generally feel connected in a more personal, intimate way.

Is songwriting your only creative release? Or do you paint, sculpt, or crochet in your spare time? I’d personally like to see one of you open an Etsy store selling handmade little ghosts.

Most of my creative outlets are centered around music. But I would include the following as distinct from ‘songwriting’: Writing orchestral pieces, writing for musical theater, film scoring, and practicing jazz and classical piano. I also play a lot of soccer.

Speaking of ghosts, ’tis the season. Trick or treat?

Trick. But also give me Sour Patch Kids, please.

Were you one of those kids who was a glutton with candy and would it eat all quickly or would you be smart and ration it out?

My sister and I would engage in hours-long negotiations and trades, so we’d each get the candy we wanted. And then I would binge.

Did you ever participate in mischief night and if so, is there anything you want to confess?

I know it’s not very rock and roll… but I was a well-behaved child.

What was your most memorable Halloween costume from when you were a kid?

I trick or treated until I was too old to really be doing it, and I remember going down the street in costume and knocking on the door and my friend who was only a year older answered it with candy in hand and his girlfriend next to him, and I wanted to die.