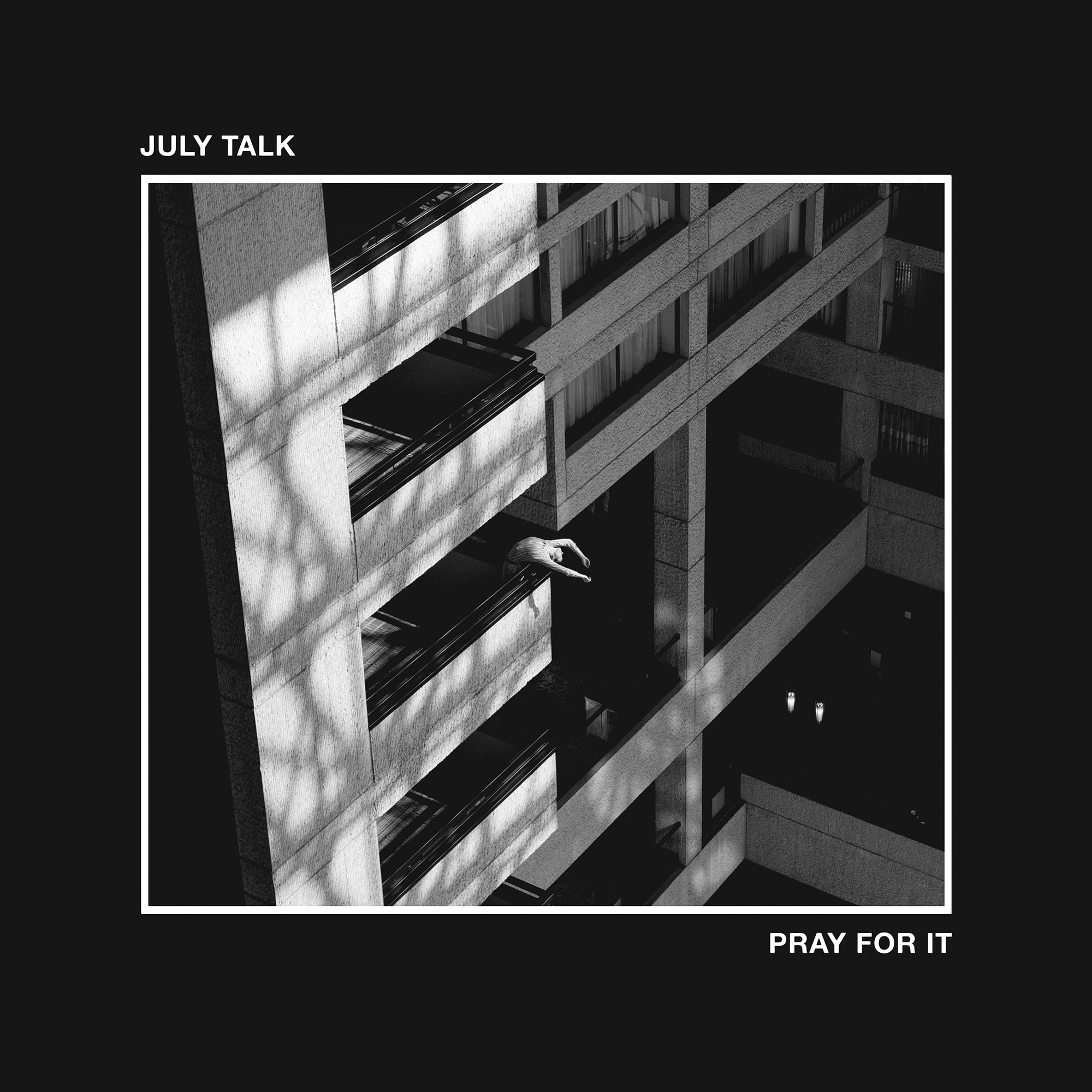 Pray For It
July Talk
BMG

July Talk open their latest record with the lyrics, “I want to be changed / I want to be rearranged” over a fuzzy and haunting electronic buzz. The sound is far different than the more primitive rock and roll for which the band is known and serves as a forewarning of what’s to follow. July Talk have transformed into something unlike what the act was before on Pray for It, but creativity and unpredictability have always been the group’s strength. Perhaps this is because July Talk has released so few albums over a wide swath of time (the eponymous debut in 2012 and Touch in 2016) that the changes are merely a matter of growth. Eight years is longer than the complete chronology of the Beatles’ studio albums from Please Please Me to Let It Be. One really shouldn’t be surprised by how much the Toronto band’s music had altered.

The most striking element of July Talk’s performances remains the contrast between the sweet and delicate vocals of Leah Fay and the more earthy Leonard Cohen style growlings of Peter Dreimanis. (Other band members include Josh Warburton, Ian Docherty, and Danny Miles). The two frequently play against type. For example, Fay’s the one who pleasantly sings, “Make like you still give a fuck” in a dreamy voice on “Good Enough” while Dreimanis huskily plays the role of the innocent victim being seduced. On “Pay For It”, it’s Fay who euphonically croons, “Bash his face in / that’ll do it / Fuck this place up / That’ll show us” while Dreimanis ruggedly sings “Please keep your faith / I’ll never run, I’ll never stray” on the romantic “See You Thru”. While the two consistently play their (counter)roles, it should be noted that the dualisms are not as pronounced as on the band’s previous records.

There is no prevailing theme to the album. Many of the songs concern personal relations, but these are interspersed among tracks on bigger, social themes from the idiosyncratic (the differences between the have and have nots on “Governess Shadows”) to the role of journalism (“The News”) that knowingly instructs “Give me context, without context, everything is true / Besides, nothing that happens only happens to you.” The dualism of never quite understanding what is going on and knowing too much pervades the material, whether it’s private or public. The instrumentation behind the vocals often pulses in and out like apparitions; a drum beat one can dance to morphing dropping out mid-song, a thick bass line in the forefront before getting lost in the mix as vocals take over, etc. The importance of maintaining a fluid atmosphere as the songs unfold becomes paramount.

The gospel-tinged “Champagne” track (a collaboration with Toronto artists James Baley and Kyla Charter) is the most distinctive cut. The two guests invoke the importance of believing in something, in a churchy choir voice, even if it is just a lie. The song suggests pain and joy are two sides of the same coin. Life without either of those two elements would be the worst. The album’s title “Pray for It” recommends having faith as the answer, but there is no song with that name. The most similar song name is “Pay for It”. The insinuation is that praying is self-flagellation, but sometimes pain makes things feel so much better. The irony is purposeful but self-knowing. July Talk understand the complex dualities that make up our lives.