Juno Reactor are one of the truly classic techno acts, having formed back in 1990 with their debut Transmissions released in 1993. Ben Watkins started the group as an art project, but his timing was perfect, as big beat techno was about to emerge. The group is a changing collection of talent, but with Watkins always in the mix. Along with techno, Juno Reactor was hugely important fixture of the psytrance scene and they have always blended globals beats into their hypnotic stew.

Juno Reactor continue to innovate and their latest project is the stage show The Mutant Theatre, which will see an album release on 22 June via Metropolis Records entitled Juno Reactor and The Mutant Theatre. “Let’s Turn On” Is a thrilling number from the new album, and it features vocoder vocals underpinned by charging and bubbling, powerful synths. The new song presses forward with forceful energy while it simultaneously mesmerizes. Juno Reactor haven’t lost a touch through the years, as “Let’s Turn It On” is an addicting number sure to pump you up.

Ben Watkins tells PopMatters, “The Mutant Theatre is named for the stage show that I was originally contacted to create for the 2016 Ozora Festival. I always wanted to have a big show, a Barbarella meets Pan’s Labyrinth tableau with a sci-fi edge, set to trance and psytrance music; a huge, Las Vegas-style spectacle for the eyes, ears, and imagination. We’ve staged The Mutant Theatre throughout Europe since that inception, and has developed with each show. We’re so thrilled that we’ll finally be bringing the show to the home of its inspiration with a performance at Caesar’s Palace in Las Vegas, at the internationally renown DEFCON no less, on August 11th.

“Let’s Turn On,” inspired by the 3000 LED, wifi controlled costume designed by Stigma’s (one of the dance troupes that comprise The Mutant Theatre) Sasha, is a trancification of my love for ’70s disco, a fusion of my musical style and tastes. I brought in Shpongle vocalist Michelle Adamson — I love her very British voice and the way she is a virtuoso with the TC Helican Voiceworks—to round out the song and play to that larger than life spectacle that I had imagined.” 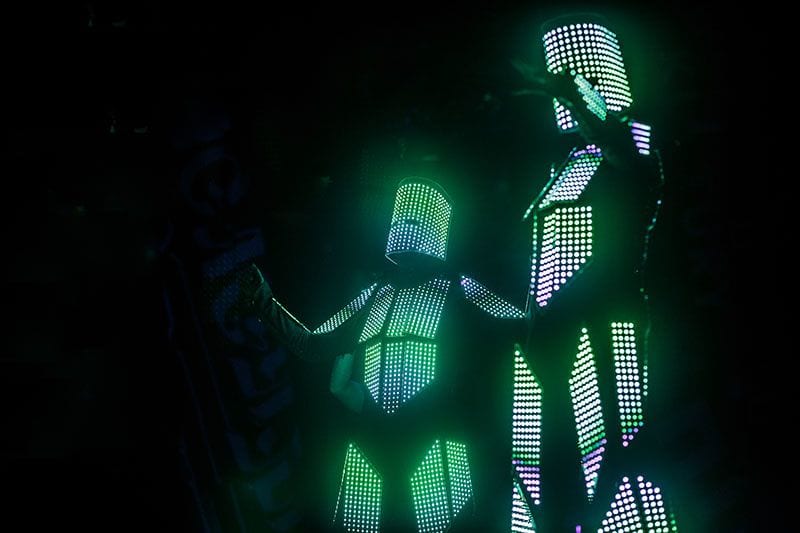 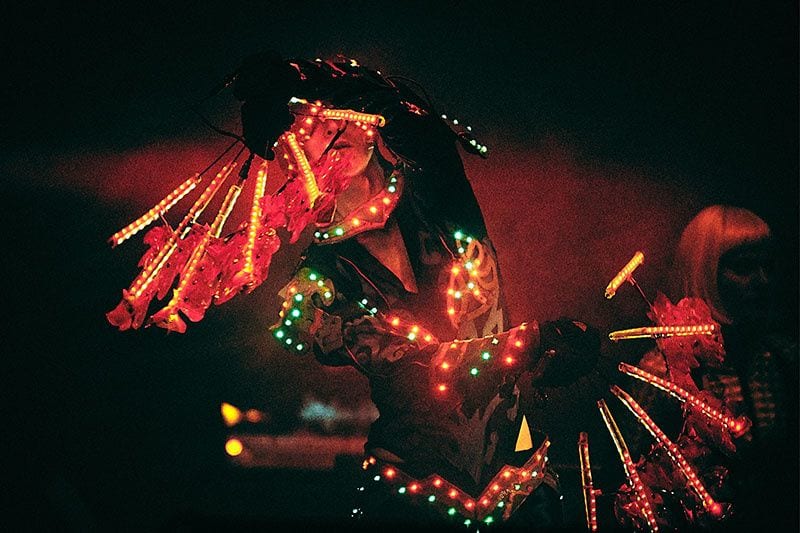 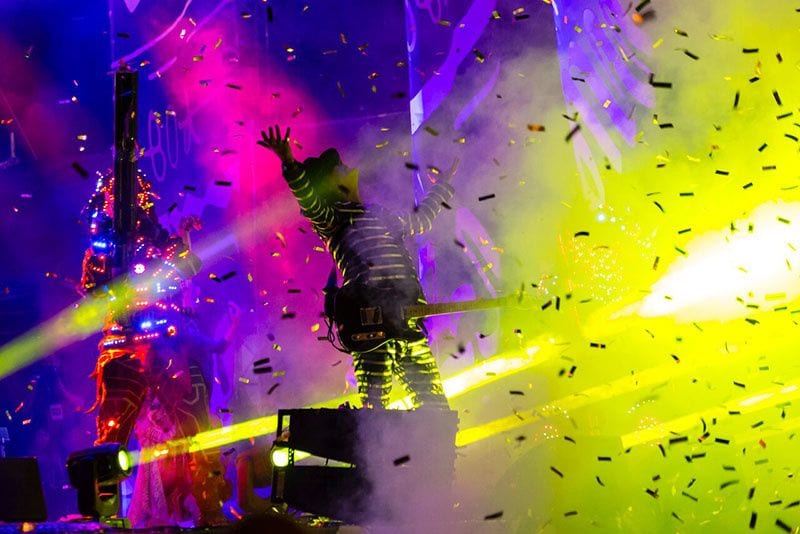 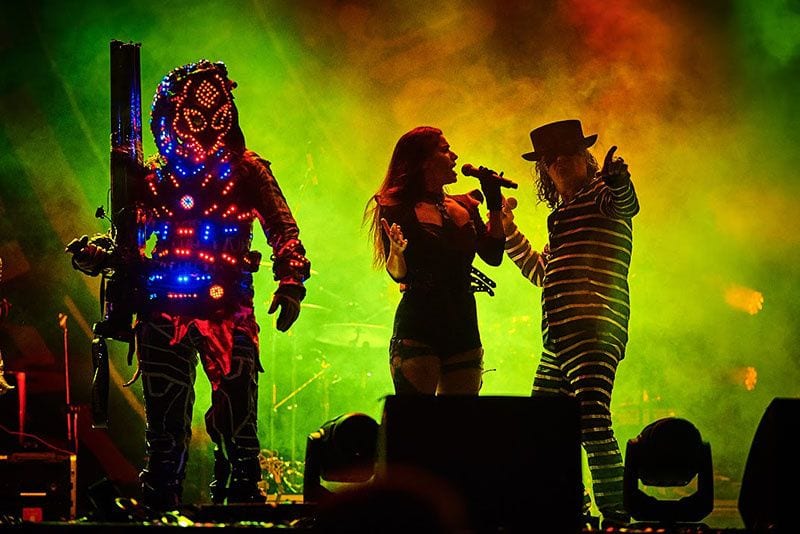 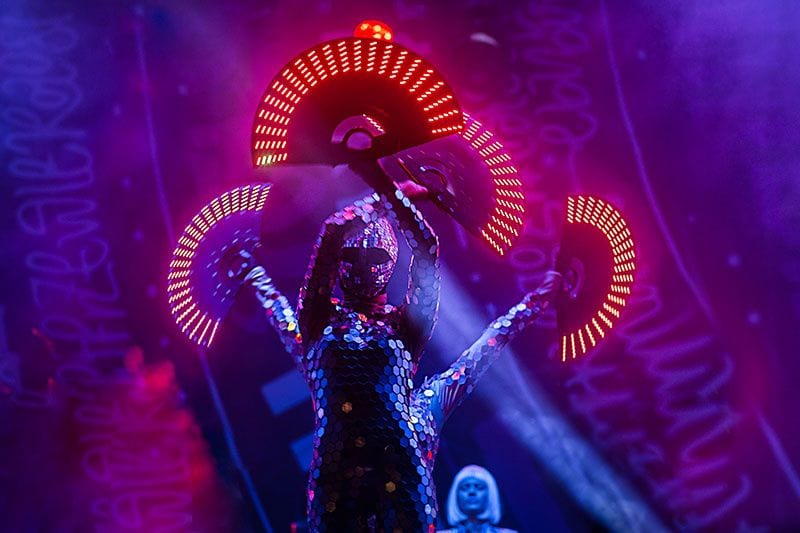 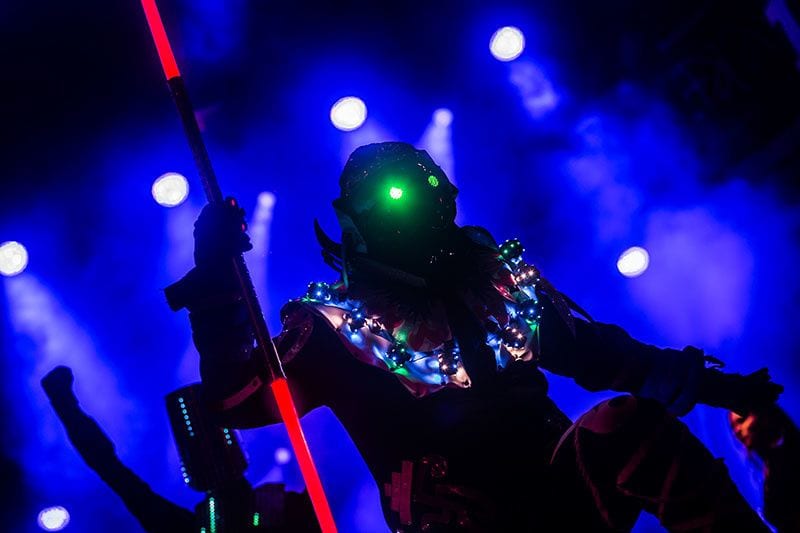