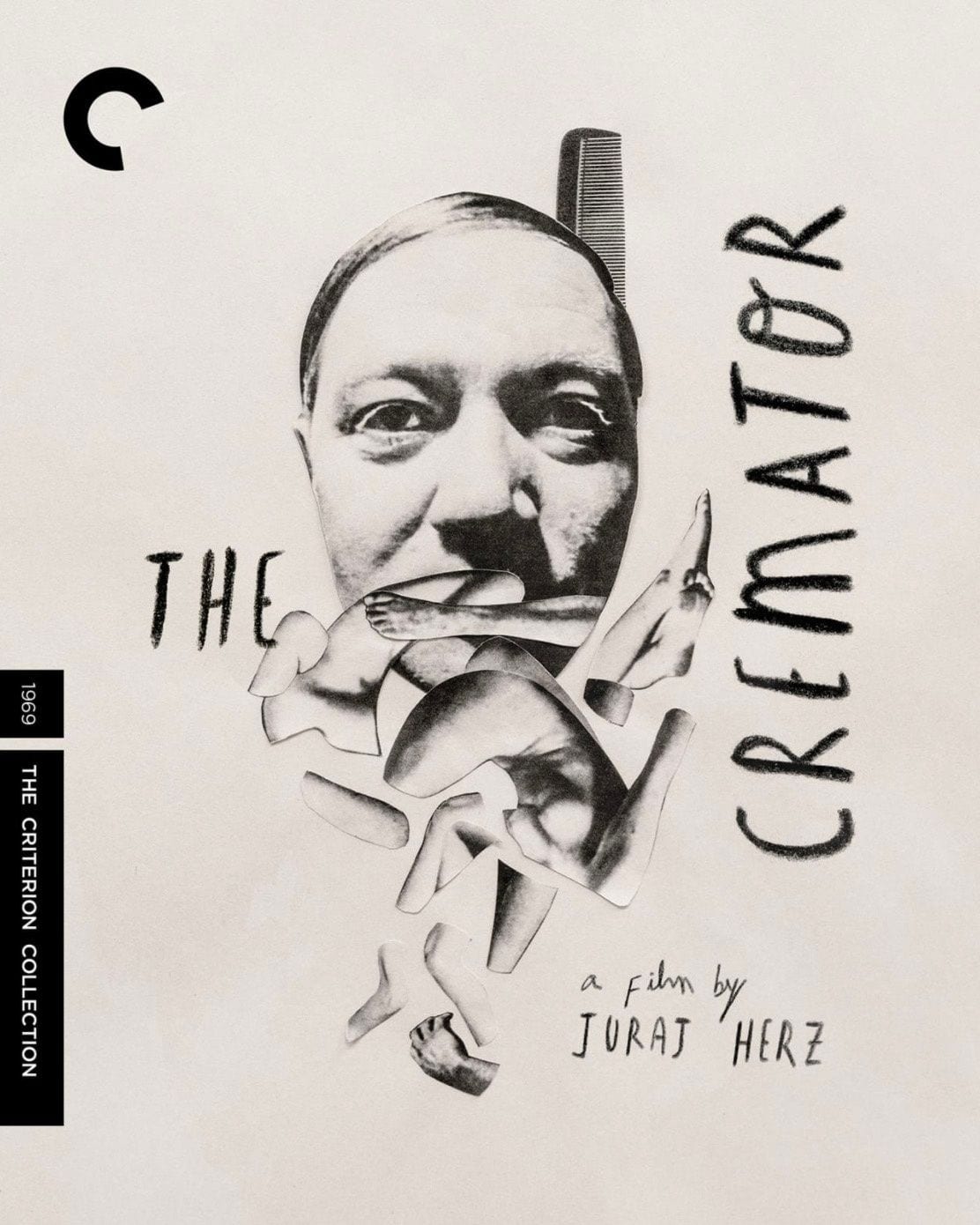 Welcome to Prague, circa 1939. A city where the threat of conflict looms large, massage parlors and boxing matches are crawling with newly minted members of the Nazi Party, and there is more to wax figures than meets the eye. Within this milieu, we befriend a curious gentleman by the name of Karel Kopfrkingl (Rudolf Hrusínský, engaging in a hellish tour-de-force), a career cremator and, for the time being, a family man. Unfortunately for Karel, he is a man in the midst of being swept up by the tide of history, and we’ll see just how desperate he is not to drown.

The initial moments of Juraj Herz’s The Cremator (Spalovac mrtvol) are the opening steps of a macabre dance in which the choreography is defined by foreboding and disorientation. Karel, our cremator-cum-fascist, is feeling contemplative during a family outing to the zoo. He reminisces with his wife, “My sweet, this is the blessed spot where we first met 17 years ago.”

Juxtaposed with this dialogue are close-ups of tigers and lions, stalking back and forth within their cages—eager to escape and stalk the world like the nationalist ideologies of the 1930s—an extreme close-up of Kopfrkingl’s stressed forehead, the weary eyes worn by Lakmé, his wife, and his two children, caught playing inside a cage. “Come now, children! Cages are for dumb creatures,” he says, smiling as though aware of what the future holds for Europe. The kinetic organization of this montage, wrought upon by the camerawork of Stanislav Milota, is startling, as the dance is fast, and we don’t know why the film steps in this or that direction. Yet, within this confusion, there is a sense that this will not end well.

In Erich Fromm’s 1957 essay “The Authoritarian Personality”, the German psychologist attempts to shed light on the fascistic tendencies that swept through the world in the first half of the 20th Century. According to Fromm, the authoritarian personality takes on two forms: Leader and follower, or the active- and passive-authoritarian. Leaders and followers exist in a symbiotic relationship and both are undergirded by an “inability to rely on one’s self, to be independent…to endure freedom.” 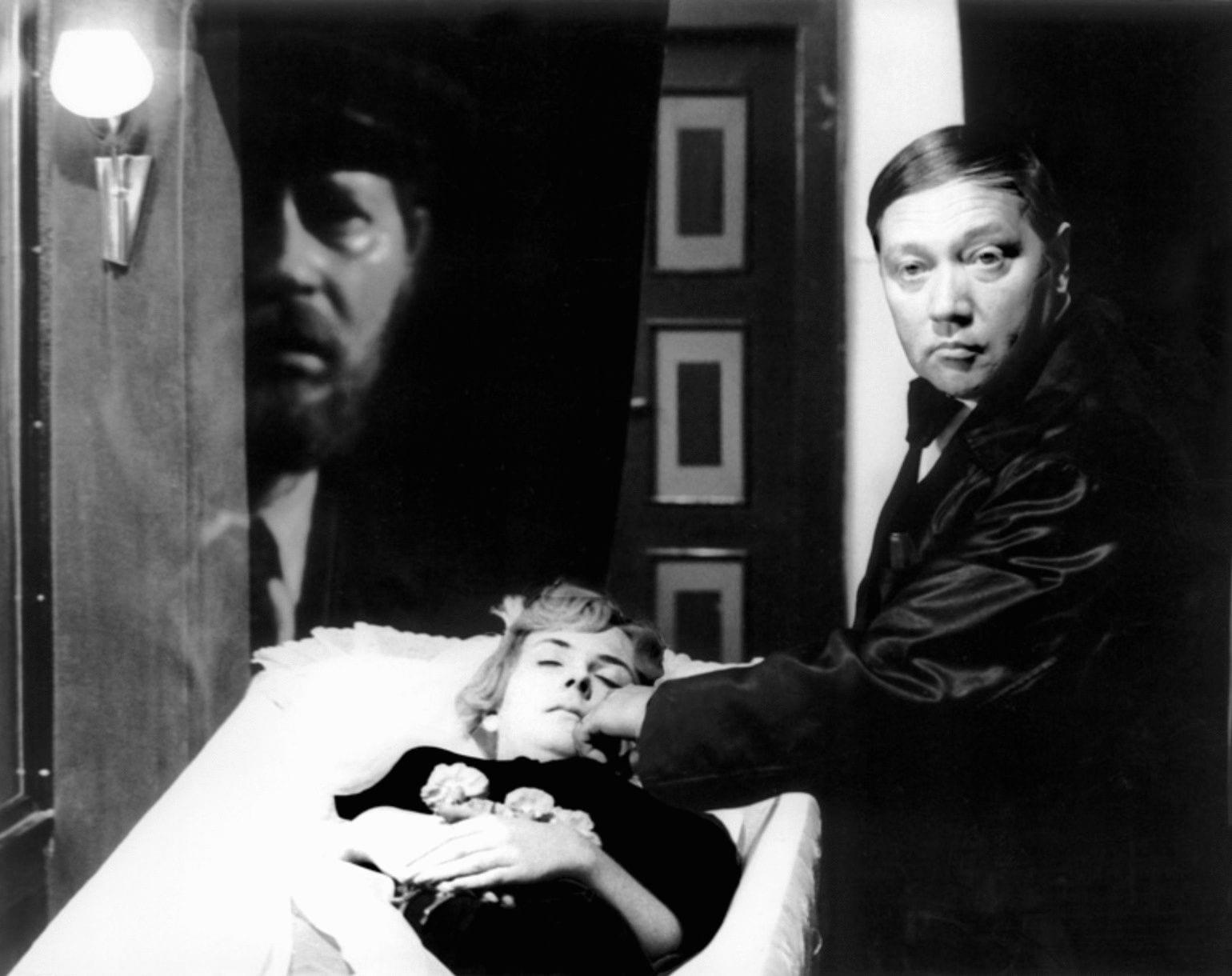 The Cremator, whose camera maintains a close eye on Karel, displays how one goes from passive- to active-authoritarian. For much of the film, Karel’s interactions with others are seen the way he formulates them in his mind. He dominates conversations with outlandish claims and bizarre behavior (including the eerie way he combs the hair of the deceased), with the audience rarely seeing reactions. During the rare moments in which we see how Karel actually fares with others, he comes off as stumbling and frightened, as a man ripe to be imprisoned by ideology.

Early in the film, Karel’s meaning, the well of his passions, is the crematorium at which he has worked for nearly two decades. It is via cremation that he believes he is escorting souls to the hereafter, where suffering does not exist. To Karel, cremation is not simply disposal, it is a holy duty. At a party he hosts for friends and potential business partners, he declares, “A crematorium is pleasing to the lord.”

Beyond his delusions of divinity, his fixation on death is symbolic of the political slumber he has been in since fighting for the Austrian army in The Great War. But at this party, Walter Reinke (Ilja Prachar), Karel’s old army buddy, has returned to awaken him, to initiate his journey from passive- to active-authoritarian.

Reinke, already a member of the Nazi Party, overwhelms Karel by challenging the Czech identity he and his family have crafted. Reinke reminds Karel of his German blood and ushers in a period in which the latter begins to forego whatever love he retained for his wife and children. “No one can help his origins,” Karel utters at one point in the film, a statement which spells trouble for Lakmé, his half-Jewish wife, and Milli and Zina, his children.

For Fromm, the authoritarian denies love, for it means “recognizing the world as an emotional experience.” Karel, however, is obsessed with an imagined purity (symbolized by his choice to remain “abstinent” from alcohol and nicotine for most of the film) and with differing German blood from the blood of his Jewish family, friends, and co-workers. One especially indicative (and visually striking) scene occurs at a carnival, in which Karel, seeing his family mired in reverie, forces them into a wax museum to watch a show about a mass murderer named Laget. It is here that bloodlust is awakened within Karel, a thirst that carries the movie through its third act, in which he begins spying on Jews and cleansing his life of what he views as obstacles to Nazi Party membership and becoming director of the crematorium. 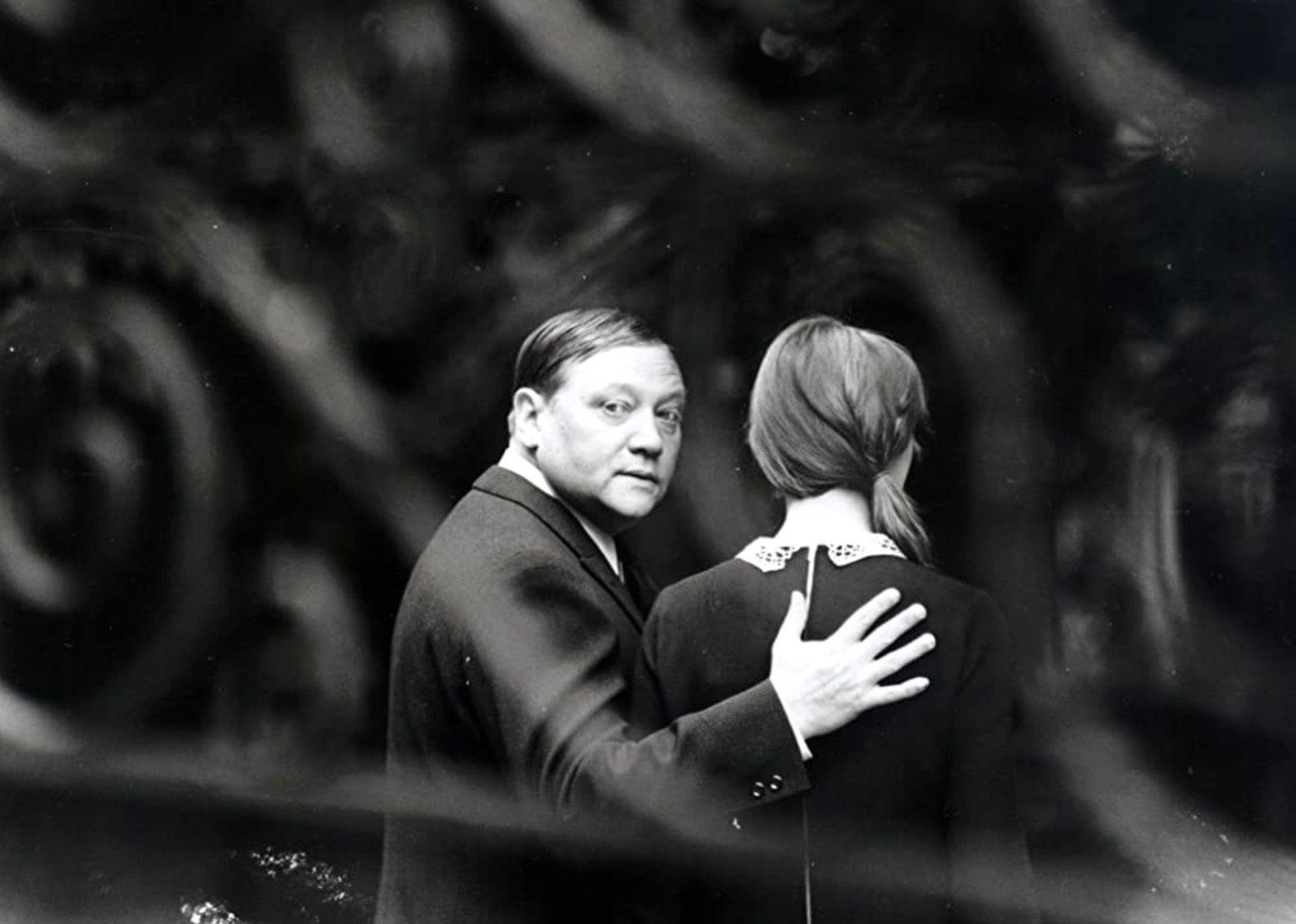 Released a year after the Soviet Union invaded Czechoslovakia, The Cremator was the third-most attended film of 1969. However, it was eventually banned and didn’t resurface until after the anti-communist Velvet Revolution of 1989. The Criterion Collection‘s release of this masterpiece of the Czech New Wave, a stunning 4K digital restoration, coincidentally arrives during what Karel would describe as “epoch-making times”.

While a pandemic is ravaging health systems across the globe, we have been dealing with the consequences of a resurgence of authoritarian attitudes across the globe. Leaders such as Donald Trump in the United States, Viktor Orbán in Hungary, and Jair Bolsonaro in Brazil, all authoritarian personalities in their own right, have utilized this crisis to foment further division and consolidate power. Karel would sit comfortably as a senior advisor within the Trump administration, holding the president’s ear like no other, with both men exchanging endless platitudes and odd stares.

Far from being escapist entertainment, Herz’s film is a dissection of evil and how deluded one becomes in willing themselves to power. One can easily see Karel who, towards the end of the film, is hired as a Technical Director for a top-secret German project involving gas furnaces, as a stand-in for Adolf Eichmann, one of the architects of the Final Solution. Philosopher Hannah Arendt famously and controversially deemed Eichmann the embodiment of the “banality of evil” in her account of his trial, Eichmann in Jerusalem: A Report on the Banality of Evil (1963). During his execution, she observed the “grotesque silliness” of his last words (“After a short while, gentlemen, we shall all meet again…”), noting that death tricked him into traditional “funeral oratory”.

As Karel is driven off in the final moments of the film, towards a future in which the Nazis are ultimately defeated, he utters a similarly benign statement: “I shall save them all. The whole world.” Both men, and those of their ilk, when stripped of rationality, prove to be nothing more than clichés—bureaucrats and opportunists who fail to notice the ashes left in their wake.