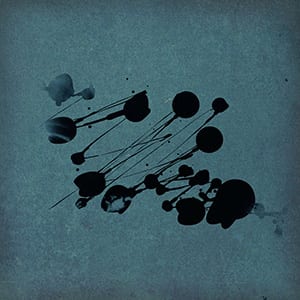 John Erik Kaada has stumbled upon an interesting little concept. The Norwegian composer has coated some of the strings inside his piano with a gluey FunTak-like substance – he calls it PuttyKit, or “heftemasse” – and decided to record a series of plaintive classical selections to hear how he could mutate or reinterpret them. Misinterpretations, the resulting LP, out 5 March, is a genuinely intriguing collection, with many of the songs cast in odd and very particular new lights. While it sometimes is not as daring or adventurous as some of Kaada’s electroacoustic suites, it provides an engaging and complete little view onto a window of piano-sound that will surprise longtime followers of the instrument and its forms and tones.

Classical aficionados will appreciate the tender care Kaada shows in hand-picking and adapting some key selections from the genre’s canon. For much of the LP, Kaada’s piano casts a kind of ethereal, gauzy glow – and it’s this kind of tone that is central of his re-envisioning of Erik Satie, whose timbre of the short, Impressionistic pieces adorn the concept well. Kaada seems to realize the magic of Satie repurposed, as he presents not but two of that composer’s selections from the “Gnossienne” suite. These tunes are inherently dreamy and magical, but Kaada’s take on the solo piano is an impressive performance in its own right. It’s just as coherent and illuminating as those by Italian pianist Aldo Ciccolini, who sparked the Satie boom in the 1950s, or the pianist Reinbert de Leeuw, a master at Satie’s Gymnopedies.

Kaada’s arrangements and the PuttyKit also add a touch of the mysterious to more floral or Romantic works. To that end, listeners will enjoy well-edited, vibrant takes on a Schubert piano sonata and Debussy’s “La Plus Que Lente,” where single, sometimes methodical notes often display an eerie resonance. Kaada also takes great, tender care of two of Mendelssohn’s “Gondola” songs, where the quavering trill of what would be called a bassy bottom end in rock criticism projects a kind of horror house menace.

Elsewhere, Kaada makes the piano sound like anything but. In this capacity, look to Kaada’s take on Gounod’s “Funeral March of Marionette”. On it, Kaada cranks up the piece’s funereal nature, and his lurking piano sounds less Romantic and more like the rich zither of Anton Karas. On Chopin’s “Baracole Op. 60″, the piano resembles a baritone guitar, filtered through a bit or two of hazy reverb.

This LP is not necessarily for the more experimental follower of Kaada. The classical pieces, which have a kind of unified sound, stay largely true to their roots and, though the adaptations have lush and, sometimes, enigmatic details, the record sometimes turns toward the monochromatic. This isn’t a downside, necessarily, as the entire LP sounds like a fireside chat with everyone’s favorite Nordic composer. But, for those looking for an adventurous ride, Kaada’s other great solo works might be the right first step.

The record opens with a pin-drop quiet version of Edvard Grieg’s “Arietta Op. 12 No. 1”, which in Kaada’s and the PuttyKit’s hands has an eerie lurch to it and whose quiet, near-silent portions call to mind Arvo Part’s “Spiegel Im Spiegel”. After 11 masterful tracks, Misinterpretations closes in bravura fashion, with Kaada revisiting the trills of his Mendelssohn numbers. The haunting line of piano-pulses that persist throughout the composition is nothing short of brilliant.

Kaada is haunting at a glance and a gaze on Misinterpretations and, while it probably goes into the books as one of Kaada’s most ambitious works, he delivers on the conceit and then some. I imagine that, for those looking to “get into” the more melancholic or maudlin strains of classical compositions, this one is ripe for the picking.