Speed marks the third album-length collaboration between musical omnivore Keller Williams and the Keels, the husband and wife duo featuring Larry and Jenny Keel. As the trio has done on past releases, they offer up unique takes on songs originally recorded by the Doors, Fiona Apple, Weezer, and Kacey Musgraves. (There are two original compositions on the LP as well.)

Williams credits some of the choices to his obsession with radio listening during the 1990s. However. he admits that his tastes in other peoples’ music are as vast as his appetite for melding disparate genres or jumping from one to another with impressive zeal and aplomb.

“I stole a copy of L.A. Woman from my high school library,” Williams says, recalling an early love of the Lizard King (Jim Morrison) and his compatriots. “My tennis teacher told me, ‘They just put some new records in the library.’ That one was gone immediately. He’s still around, that teacher, teaching at the local Y. I might have confessed to him, 25 to 30 years later, that I stole it. He understood.”

Williams’ insistence that listeners have a good time while listening to his music is evident throughout the album and at the core of the decision to cover the latter-day cut from the Doors. “It’s the only song on the record that we were playing live for a while,” he says. “It’s a great song to close with because it’s such an epic party song. Whether people think they know all the words or not, they actually do.”

Williams discussed the origins of his collaboration with the Keels, his introduction to the Grateful Dead and his standing in the bluegrass community (or outside it) with PopMatters.

This is the third record you’ve made with the Keels. If you don’t mind, take me back to the beginning of your collaboration.

We met in the early ’90s in Fredericksburg, Virginia. I was running an open mic night at this little bar. Larry came through with a side project he had during his downtime from Magraw Gap. I got to open for him and hang out with him a lot. Later on, he and Jenny went out and did their duo thing. I latched onto that in the early 2000s. I think in 2004-2005 that our first record, Grass, came out.

Am I remembering this correctly that you said, early on, “Let’s not play together too much. Let’s keep this special?”

That’s exactly right. The point was not to make this our main thing. When it does happen, it’s really cool and special. We’ve stayed true to that, and I look forward to every gig I play with them.

When did you know it was time to make Speed?

The last record we did came out almost ten years ago. With all three of these, the whole idea has been this self-indulgent thing of wanting to hang out with Larry and Jenny. I knew I’d get to spend a couple of days with them in the studio. We’d get to go out and do a bunch of shows together after that. That’s all I really wanted. Just to hang out with them.

How did you go about selecting the covers for this record? Did you just start jamming on things?

A lot of songs chose me in the sense that they’d just crawl up in my brain and not escape. Right now, the song in my head is the theme from Orange Is the New Black. I’m going to have to play that this weekend in order to exit my brain. A lot of these songs are like that. They got stuck in there at one time or another. They’re interesting songs and ones that I think people will remember from the radio. These songs might have gone over peoples’ heads when they came out in the ’90s or whatever. There are a couple of new ones on there too, like the Kacey Musgraves song. It’s all a template to have fun and to bring people who might not be into bluegrass into by playing songs that they might recognize.

It changes up the bluegrass repertoire as well. Suddenly these songs become viable options to pick on.

That’s exactly right. It’s refreshing for us on stage as well. Larry doesn’t stick to traditional songs either. He knows them all and can go there at any time. His projects are steeped in bluegrass but much more on the progressive side.

You mentioned having songs stuck in your head. When you were learning to play, was that something you adapted to fairly early? “I’ve got the theme from Dragnet stuck in my head. I’m going to go and pick that out.”

Is the obsession the same when the song’s terrible?

I guess beauty is in the eye of the beholder there. I don’t know if I’d ever go into something I didn’t like.

The Oscar Mayer stuff too. That gets in there.

Do you feel that there’s a lot of new blood in the bluegrass world right now?

I do. There’s a lot of traditions being honored and a lot of new avenues being taken as well. I’m outside the mainstream, but I have a serious love of the music and putting my own spin on it. But I’m not in that circle with the traditional guys. I don’t know what they think of me. I’m not sure they do either. I’m not really concerned about it, but it’s super fun to do.

The best part about bluegrass [is] the backstage jams or the fireside jams, everything’s acoustic. You’ve got an upright bass, and a bunch of acoustic instruments gathered around. Everyone’s singing; everyone’s happy. It’s so good, and it’s never really that good on stage when we’re all plugged in and amplified. Those moments around the upright bass are what really do it for me.

There are combinations of people in those situations who probably never get on the stage together.

Definitely. I explore that all the time with Grateful Grass. There’s definitely a few bands where I’ve been very lucky to enter into their worlds: Infamous Stringdusters, Love Cannon, the HillBenders, amazing bluegrass bands that join me to play a set of Grateful Dead music. But there’s also a set of about 20 other people I’ve worked with that know the same 20 Grateful Dead songs, and often there are combinations of folks who have never played together before and yet understand the music and understand the formula. All of a sudden, it’s like they’ve been playing together their whole lives. That’s the beautiful thing about bluegrass and especially about Grateful Dead music.

What was your entry into the Grateful Dead? I resisted the music for a long time. Then I heard Europe ’72 and everything changed.

It’s an acquired taste. I can understand where people didn’t get it. For me, I was 16 or 17 years old, really starting to dig into acoustic guitar. I was into R.E.M. and the Cure, the college rock thing. I got turned onto Reckoning, the acoustic Dead record with Jerry and Bobby sitting on stools with acoustic guitars with a small drum kit out there, acoustic piano and Phil playing bass.

“Bird Song”, “Cassidy”, “Deep Elem Blues”, “Dire Wolf”, all these songs. That was my introduction. Then I started getting into the bootleg tapes. My first show was in Landover, Maryland, in 1987. Then, in 1989, I had my first time of going out and seeing ten shows, up and down the east coast and all the way out to Wisconsin, to Alpine Valley.

After that, I was in college, working little jobs, doing little gigs, and trying to get as many tickets as I could. I went to see as many shows as I could without failing out of college. That went on until about ’92 when I started putting way more focus into my own shows. I only went to a few Grateful Dead shows from ’92 to ’95.

I learned so much from that whole world, not just a whole bunch of songs. I learned about community and how to travel thrifty. I put those years of chasing Grateful Dead around into my travels and my gigs. One of the things I learned was interesting ways to sneak dogs into hotels.

What was it like when you got into playing that music. People often overlook the complexities in some of those songs.

I overlooked some of the complexities. I take great liberties with that music and make it my own. Sometimes it’s not acceptable to the older folks who want to hear their Grateful Dead done exactly the way that it was done. I can understand that, but I take liberties, but without ignoring all the nuances. I play to my ability. There’s a lot of songs that are over my head, that I don’t touch. Then the rest, I have fun with. They come from within, and it’s not like I’m putting on a front. And I don’t play any songs that I don’t really want to anymore.

You’ve done records for children, all kinds of things. Do you see a common thread throughout the work?

Absolutely. My personality is on every record. I’ve never really worked with a hardcore producer. My engineer is an amazing producer who chimes in, and I take his advice a lot. But all the records are my vision, so there’s always going to be a lot of me on there, whether it’s funk or bluegrass, or kid’s stuff. I think a common thread is that it’s tongue-in-cheek, and I let the audience in on the joke. I’m an audience member playing this music for us. 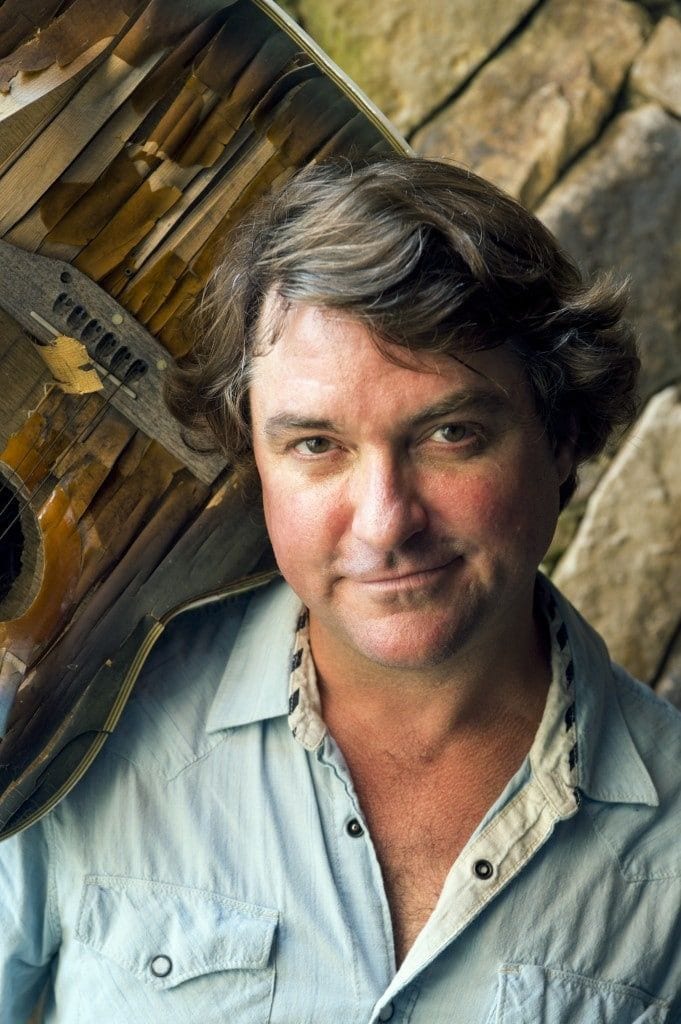